Accessibility links
Book Review: 'The Noodle Road,' By Jennifer Lin-Liu | Wandering Appetites: A Culinary Odyssey Jennifer Lin-Liu's On the Noodle Road takes readers on a journey along the former Silk Road, looking for the origins of the noodle. But reviewer T. Susan Chang says that the book gets tied into knots when the quest turns cold. 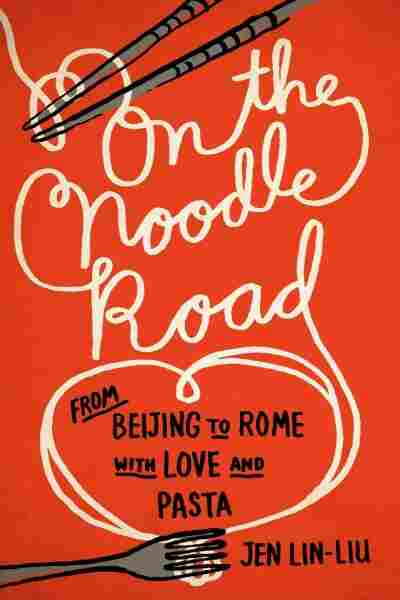 On the Noodle Road

From Beijing to Rome, With Love and Pasta

Title
On the Noodle Road
Subtitle
From Beijing to Rome, With Love and Pasta
Author
Jen Lin-Liu

On the Noodle Road is one attempt to answer an old chestnut: Did Marco Polo really bring noodles from China to Italy? If not, where did they really come from? Or — to put it another way — from what point along the storied byways of the Silk Road did that humble paste of flour and water first spring into its multifarious existence?

This is the second outing from Asian-American food writer and Beijing cooking school proprietor Jennifer Lin-Liu. In her first, Serve The People, Lin-Liu chronicled her education in traditional Chinese food ways. This book, set shortly after the previous one ended, finds the author a year into her marriage, still running the school, wondering where to go next. And while it's a search for the truth of the noodle's origin myth, it's just as much a quest to sort out her own identity and place in the world.

Traveling the patchwork of routes making up the Silk Road today holds the possibility of countless misadventures for Western travelers. Lin-Liu endures guides who are really government minders, visa-office mix-ups, price haggling and, of course, the constant struggle of acting as an independent female in conservatively Muslim regions. Reading it, you start to feel the pounding headache that goes with packing up a large family operation for a cross-country car trip — and that's before we get to the digestive perils.

Along her journey, Lin-Liu eats and eats. Meals are her bartering currency, and as she progresses she swaps Chinese for Uighur, Central Asian, Persian, and Turkish. Ancient customs of hospitality prevail on even the most destitute stretches of the Silk Road: Complete strangers slaughter a sheep to celebrate the visit of Lin-Liu and her husband, and meals often turn into Pantagruelian lists: "flatbread," "yogurt with diced eggplant," "red pepper dip," "cold wild greens," "soup with garlic scapes," "lamb meatballs," lamb tripe stuffed with lamb, okra, and so on.

Lin-Liu's sensibility is journalistic rather than lyrical, which means you'll find neither the mouthwatering prose feasts of an M.F.K. Fisher nor the hothouse effusions of a Nigella Lawson here. When the noodle trail turns cold midvoyage, the book — neither a gastronomic romance nor, as it turns out, a culinary whodunit — threatens to go with it. Fortunately, Lin-Liu is hungry for knowledge, not just a full plate. Her narrative strengthens as she goes from home to home, cooking with women whose status in society renders them mute outside the protected space of their own kitchens. 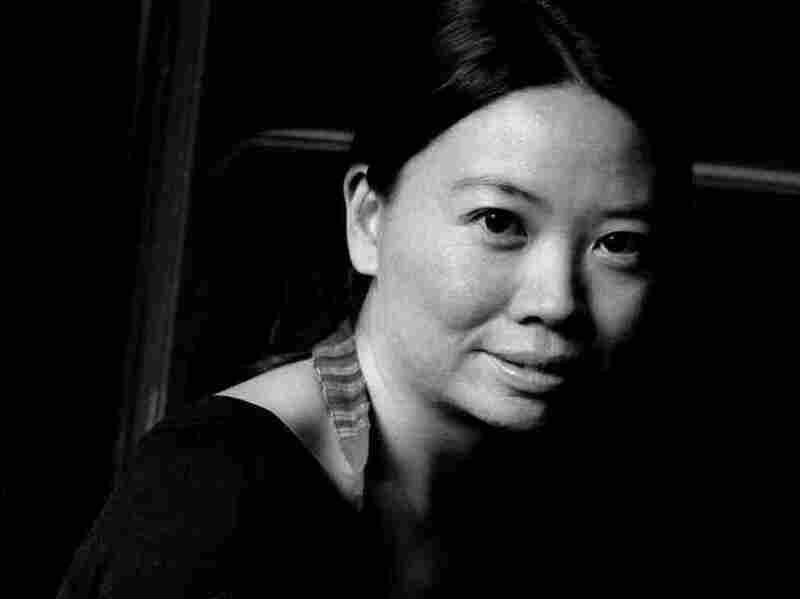 Jennifer Lin-Liu is a chef at Black Sesame Kitchen, her restaurant and cooking school in Beijing. She is also the author of Serve the People. Lucy Cavender/Courtesy Riverhead Books hide caption 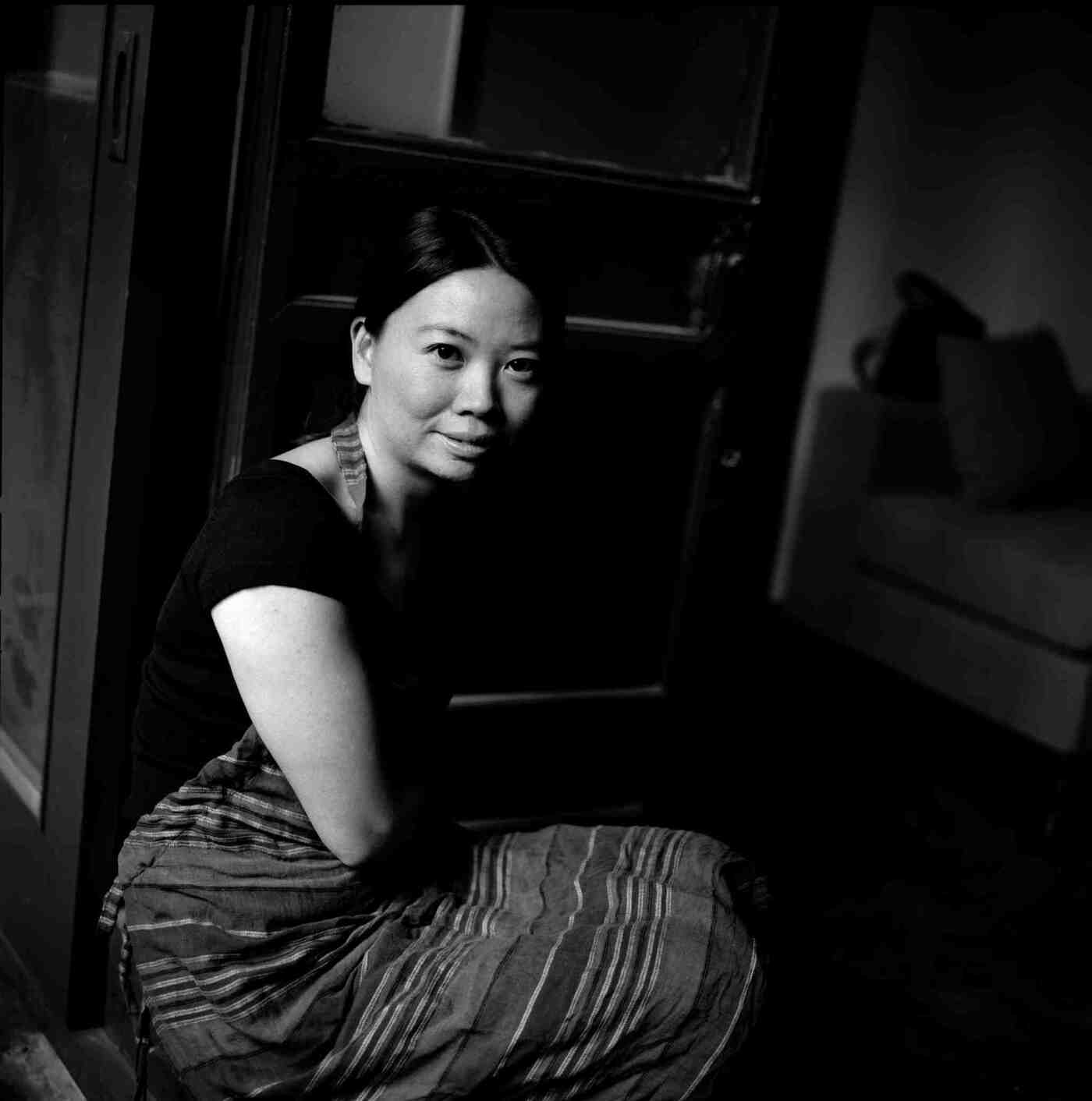 Jennifer Lin-Liu is a chef at Black Sesame Kitchen, her restaurant and cooking school in Beijing. She is also the author of Serve the People.

Those who hope, as I did, to trace Lin-Liu's noodle quest in one long, shining, unbroken strand will be disappointed. Lin-Liu travels through rice country (China and Iran) and bread country (everywhere else), and finds noodles relegated to secondary or zero status. Like all those who follow roads not knowing whether they lead to Oz or perdition, she must wrestle with whatever answer comes. It's an awkward predicament, and it ties Lin-Liu in knots: "Maybe noodles and filled pasta had taken a roundabout tour of the Middle East and North Africa on their journey to Italy. Or perhaps ... culinary exchanges had taken place between the Italian peninsula and Asia Minor. Or perhaps, it was a coincidence? After seven thousand miles, the connection was still a mystery."

After 400 pages, so is the book's sense of mission.

On the Noodle Road ends up being many things: an odyssey, a travelogue, a documentary on the state of women and wives, even a cookbook in a limited way. And if the book starts in the haze of myth, it ends in the mists of self-actualization. Lin-Liu returns to Beijing, her quest for noodle truth unmet but her own search for meaning highlighted by the kitchen stories of countless women. She deems herself ready to define what it is to be a wife for herself. As she ends her journey, she's pregnant with her first child, and satisfied, she claims, with what she's learned. But for Lin-Liu, the call of food has sounded far louder than the urge to bear children throughout the book. You can't help but wonder whether she arrives at this sense of resolution under narrative compulsion. The noodles refuse to achieve closure? Then, by God, the author will!

But the offering that lingers longest is that capacity for wonder and empathy which opens up between hosts and visitors in even the most closed societies. It makes you wish that the world's cultures could mingle more freely, making peace by breaking bread. For now, though, this book stands as a tantalizing glimpse of what might be.

Read an excerpt of On the Noodle Road