Accessibility links
First Listen: Typhoon, 'White Lighter' Underneath Typhoon's booming sound and dark lyrics lies a sincere appreciation for the gift of life. After spending his childhood battling a serious illness, Kyle Morton writes songs for the band as if they were the last works he might ever create. 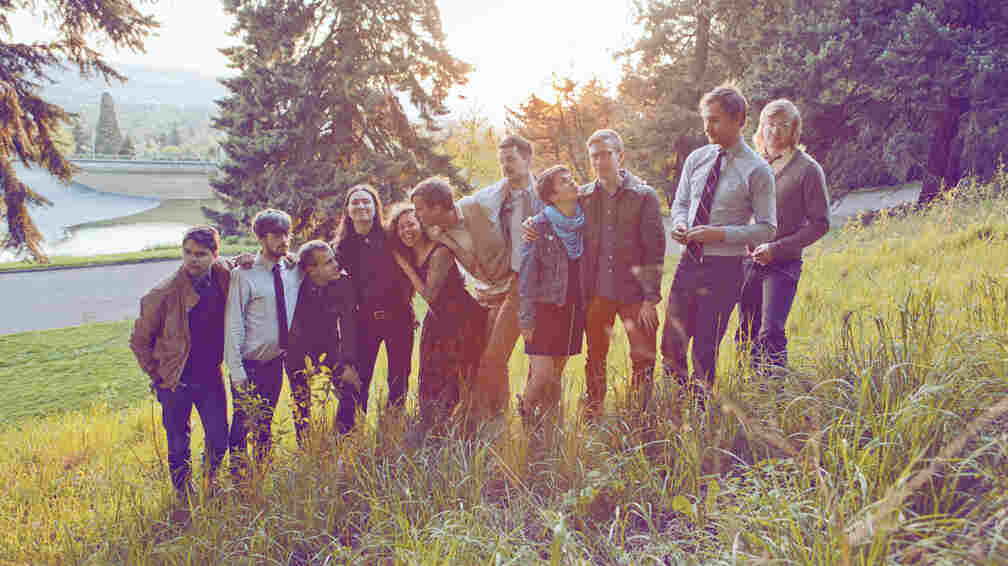 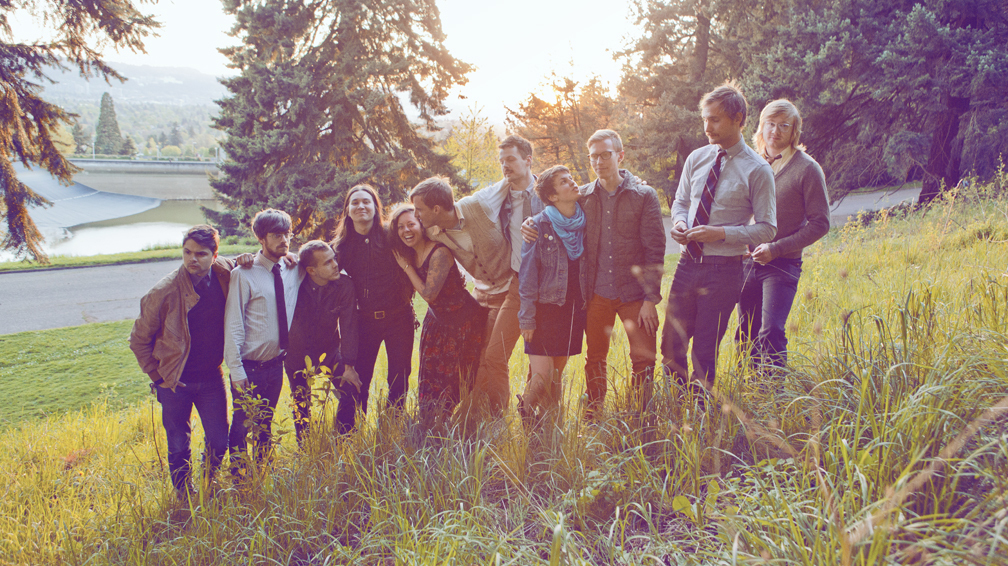 Jaclyn Campanaro/Courtesy of the artist

Why You Should Listen To Typhoon

Kyle Morton writes songs for Typhoon as if they were the last works he might ever create. His band is big by rock standards, with somewhere in the neighborhood of a dozen members playing mighty, powerful songs whose instrumentation conveys big, bold joy. But underneath it all are the words of a young man living on what he feels is borrowed time. When he was young, Morton contracted a serious case of Lyme disease; he suffered multiple organ failures and required a kidney transplant from his father. Basically, his childhood was taken from him.

For the past few years, I've been following Morton — now 27 — and his big band of horns, strings, drums and guitars from Portland, Ore. They've put out some memorable music, but the new White Lighter takes the promise they've shown and delivers completely. The uplifting melodies and rhythms that sway and swing, mixed with lyrics about hopeless dreams and cold realities, works so well. It's the kind of combination that has me singing words over and over — words that, if laid on paper, might not be ones I'd want stuck in my head. They're dark, but in that darkness can be found a sincere appreciation for the gift of life.