Accessibility links
Interview: Bob Odenkirk Of 'Breaking Bad' Fast-talking, sleazeball lawyer Saul Goodman knows how to bend the law, or break it, depending on his clients' needs. Odenkirk tells Fresh Air's Terry Gross about playing the AMC drama's most comedic character, and the origins of Saul's comb-over. 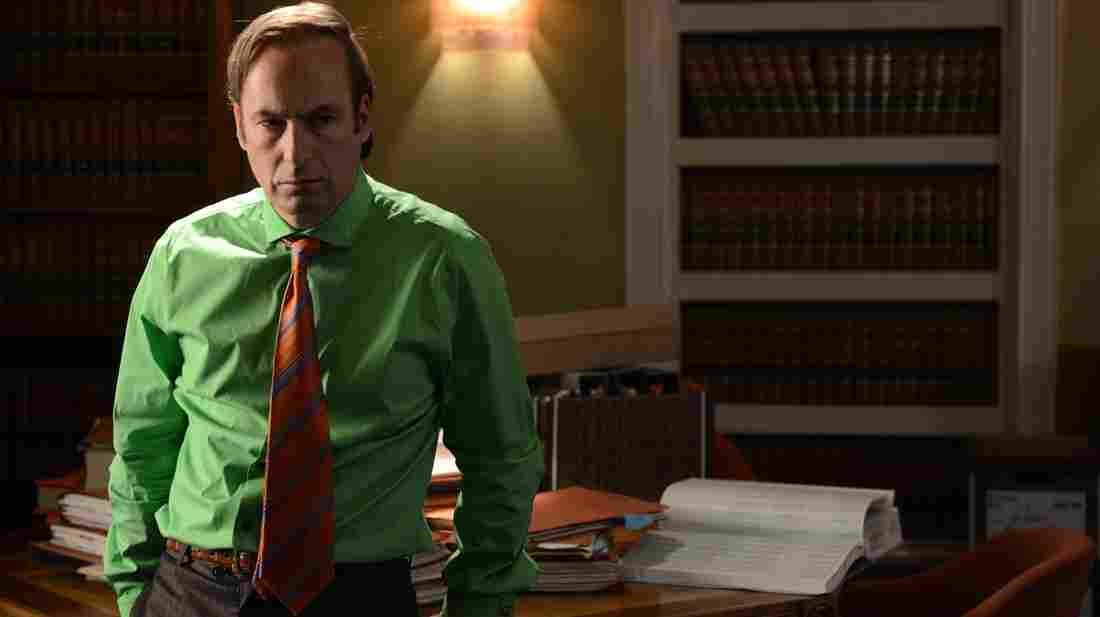 Bob Odenkirk plays sleazeball lawyer Saul Goodman on AMC's Breaking Bad. The show is in its final season, but creator Vince Gilligan has talked about doing a spinoff series for Saul that would star Odenkirk. Ursula Coyote/AMC hide caption 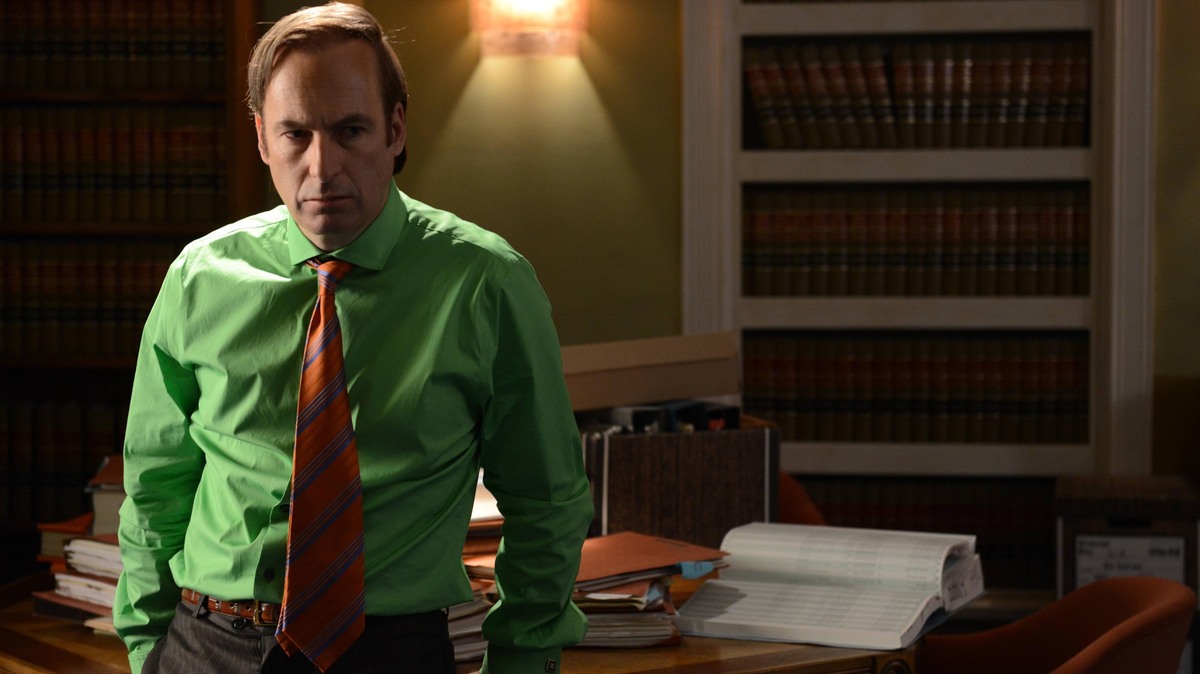 Bob Odenkirk plays sleazeball lawyer Saul Goodman on AMC's Breaking Bad. The show is in its final season, but creator Vince Gilligan has talked about doing a spinoff series for Saul that would star Odenkirk.

That's how meth dealer Jesse Pinkman describes the fast-talking, sleazy Saul Goodman on AMC's Breaking Bad. Played by Bob Odenkirk, Saul knows how to bend the law, or break it, depending on his clients' needs. He helped Walter White — a high-school chemistry teacher turned meth cooker — launder money, stay out of prison and get connected with a meth drug lord.

Now, in the final season, even Saul is scared. Walt has plenty of drug money stashed away, but he's murdered a drug lord. Worse still, a DEA agent (who happens to be Walt's brother-in-law) may be on to him.

Before Breaking Bad, Odenkirk was best known as the co-founder and co-star, with David Cross, of the HBO sketch-comedy series Mr. Show.

Breaking Bad begins the second half of its final season on Sunday. Odenkirk tells Fresh Air's Terry Gross about Saul's comb-over, the character's penchant for long-winded speeches, and his own thoughts on playing the most comedic character in a serious drama.

On creating Saul and his hairdo

"I talked to Vince [Gilligan], the creator. ... He goes, 'He's a sleazy lawyer; his name is Saul Goodman.' And I go, 'Well, I'm not Jewish. There are a lot of Jewish actors, I'm sure you could find one.' And he goes, 'Oh, no, no. He's not Jewish, he's Irish. He just changed his name to appeal to the homeboys and gain some stature in their eyes.'

"And I immediately had the idea for the hair, which is my contribution. ... It's a comb-over that's pretty clearly a comb-over, with a growing bald spot and yet at the same time somehow a mullet in back. And so it's a tricky piece of hair engineering that Saul pulls off, but I think it says a lot about his character. Cleaned up on the sides, because he's all business, and the comb-over is to try look younger, and the mullet is to try to look like a relaxed dude, but who's also capable of focusing and being serious."

On playing the most comedic character in a serious drama

"It's fun. I'm glad to bring that tone to the show. I love making wisecracks. In that way, I'm impersonating my father — that's how I look at it — who made a lot of jokes and cynical wisecracks all of the time.

"It's how the character is written. I don't improvise a single word that I say as Saul. In fact, it's been a challenge for me to not add anything, but to rather try to deliver the material exactly the way that it's written, word for word. I come close. I don't nail it, but I come real close.

"Saul has all the danger at arm's length, which is how he likes it. The people around him may be under the threat of death or arrest, prison, but he himself will never be in the cross hairs. So it's kind of a game to him. He manipulates these pieces on the chessboard, trying to make as much money in the end, for himself, [as] he can. It's a laugh to him."

"To me it's all a form of sleight of hand, but it's sleight of speech. When I got the first script and there were these long speeches, and I thought, just coming from comedy, I thought, 'Well, when they rewrite this speech, the final draft is gonna be just a short line. It'll just be a line.' ... And then I got the rewrites, the blue pages — because they're printed on blue paper — about five days before I shot the first scene, and literally one word had been changed in all of those speeches. And it made me go, 'OK, well now, what's really going on here? Why did the writers think that my character needs to talk this much?'

"And that's when I started taking apart those speeches and seeing that there's often a line of logic that Saul is following, and he's finding it a dead end, and then he has to go another direction. So it's all about manipulating the person he's talking to."

On his early comedy preferences

"For me it's about getting to the core of things and speaking honestly about hypocrisy. There's the kind of comedy I saw a lot of when I was a kid that was almost the opposite: It was this strange kind of covering up of genuine motivation. ...