Accessibility links
Fear Of Clowns: Yes, It's Real Clowns are terrifying — that's pretty much a given. Even children, to whom they're supposed to appeal, are said to dislike them instinctively. Writer Linda McRobbie says darkness has always been a part of clowning. 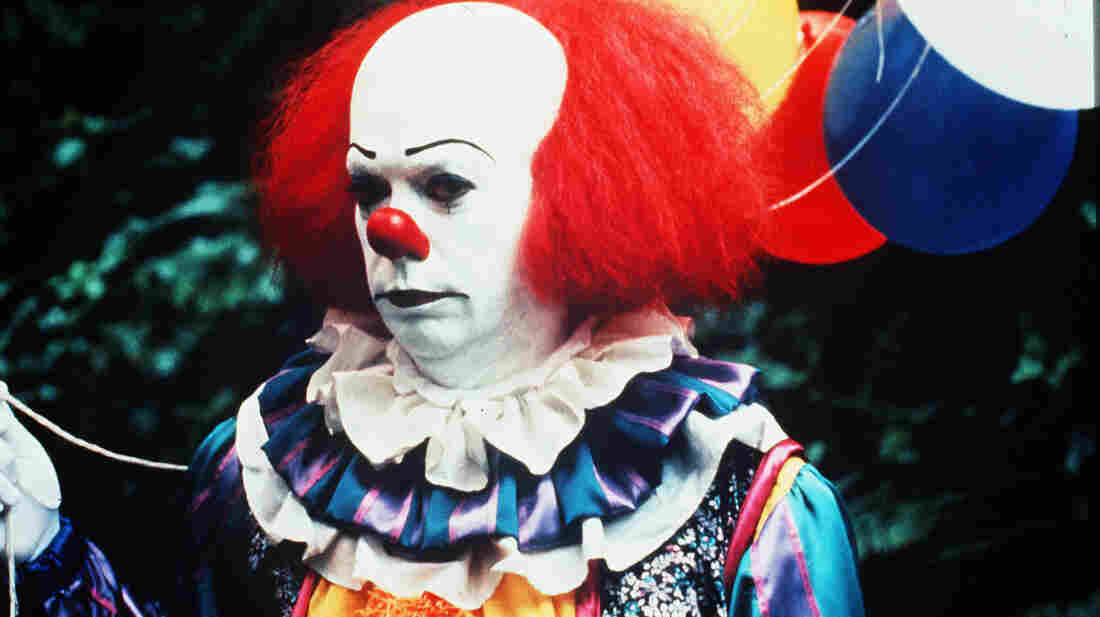 Tim Curry as Pennywise in a 1990 TV adaptation of Stephen King's It. Come on, tell us you aren't just a little creeped out. The Kobal Collection hide caption 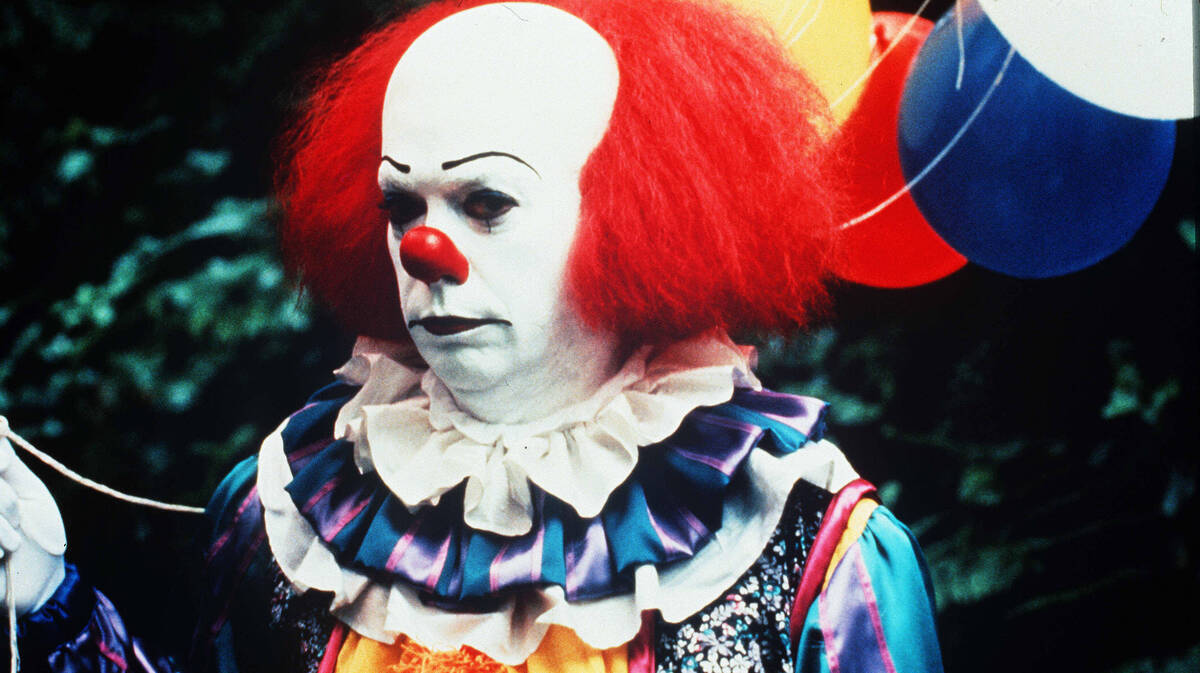 Tim Curry as Pennywise in a 1990 TV adaptation of Stephen King's It. Come on, tell us you aren't just a little creeped out.

Warning: The following story may be upsetting to some people.

That's because it's about clowns.

Yes, clowns. Painted white faces, red lips, receding hairlines with tufts of wild hair, and — of course — the red foam nose. Fun for all ages, yet plenty of people are downright scared of them. There's even a word for it: coulrophobia, though that's not an official diagnosis.

Theories about why clowns are frightening have been offered over the years. Writer Linda Rodriguez McRobbie explores them at length in this month's Smithsonian Magazine, in an article called "The History and Psychology of Clowns Being Scary."

McRobbie tells NPR's Audie Cornish that she's not afraid of clowns — not exactly: "The bigger thing, though, is that I just don't find them funny." And, she points out, it's important to remember that clowns were considered adult entertainment when they first appeared.

On the roots of modern scary clowns

"At the end of the 18th and the beginning of the 19th century, there were really two guys who sort of began the modern clowning movement. In London you had Joseph Grimaldi, who was a clown from the theatrical tradition, the pantomime tradition. And on the continent, the sort of leading clown, starting from around the 1830s, was a guy called [Jean-Gaspard] Deburau, who was the Pierrot clown ... a silent figure, but very funny.

"Grimaldi had a terrible life outside of the theater. His father was an alcoholic and a tyrant, and his wife died in childbirth; his son died an alcoholic at 31; he himself died penniless and alcoholic. Pierrot, on the other hand, was slightly scarier. In 1836, he actually killed a boy who insulted him in the street; he turned around and knocked the kid on the head with his walking stick. He was ultimately acquitted of the murder, but it's a little bit frightening.

"So these two characters became almost emblematic of the idea that there's something sinister, something scary, something strange going on underneath all of the makeup."

On the friendly TV clowns of the 1950s, like Bozo and Clarabel 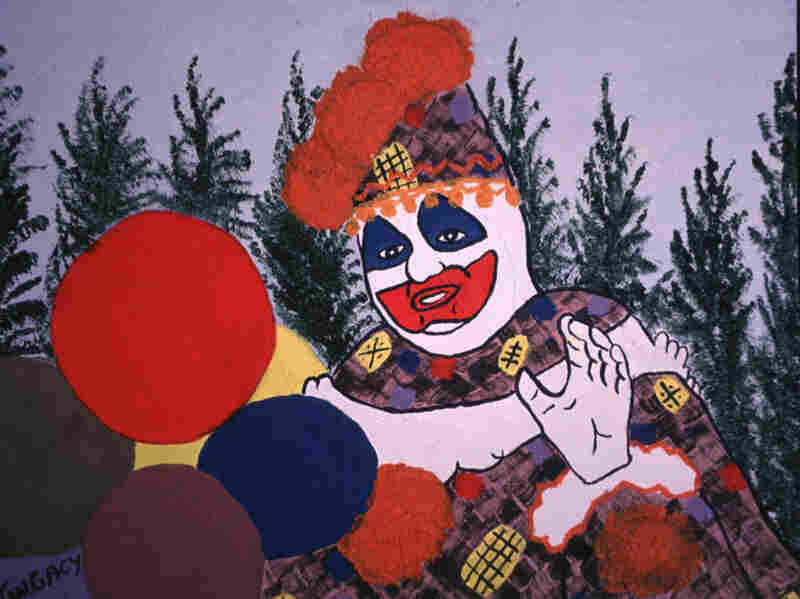 John Wayne Gacy painted this portrait of himself in character as Pogo the clown. Getty Images hide caption 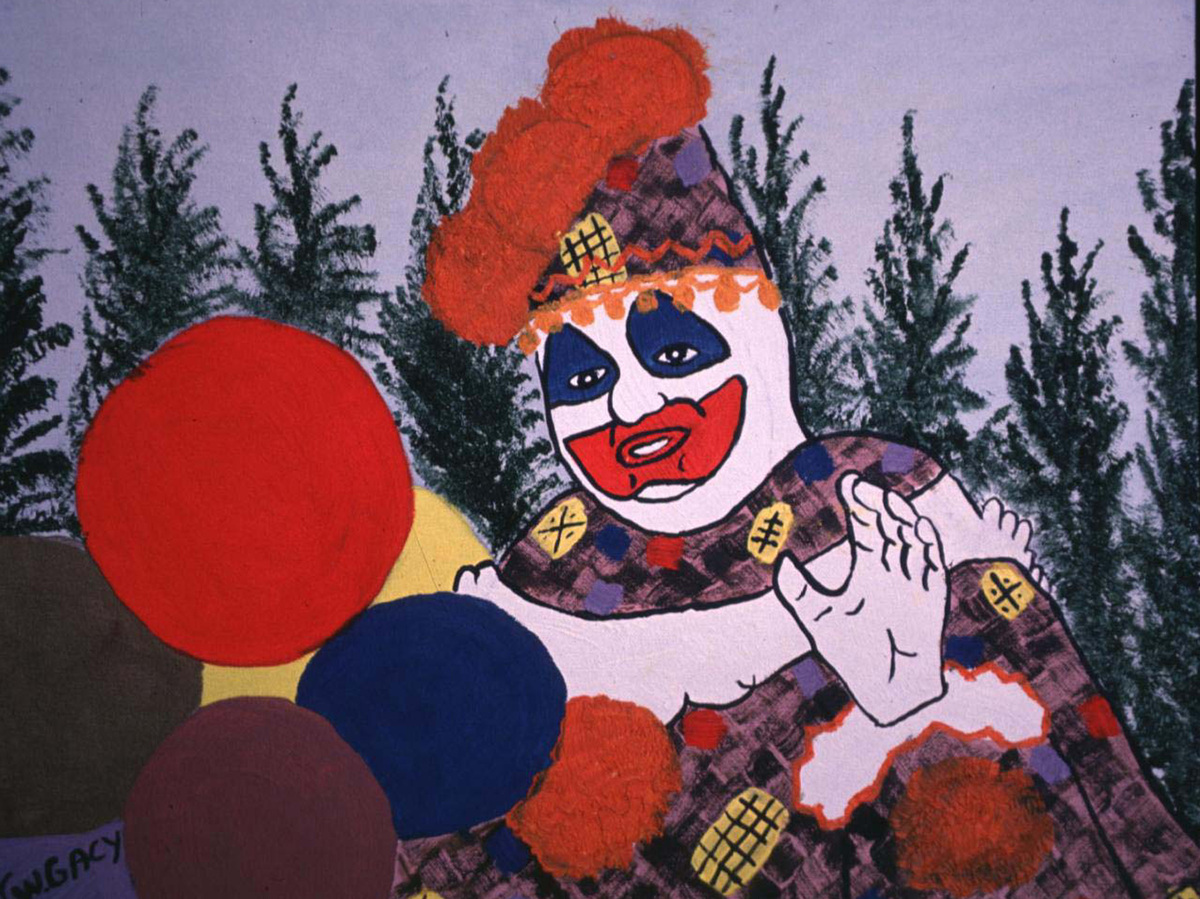 John Wayne Gacy painted this portrait of himself in character as Pogo the clown.

"At this point, clowns are now solely children's entertainment. And that, I think, to some degree makes them even more suspicious. So you have this period where children are being entertained by clowns — clowns are very popular, they're on television ... yet, at the same time, this sort of banality covers up the sort of hard edges that clowns had had before, that we could live with and we could understand, and now they've become this blanketly innocuous thing, and that makes us really suspicious."

"He was convicted of 33 counts of murder ... and he was also a clown, and he would entertain at children's parties, at hospitals and places like that. And he once told the investigating officers, you know, 'A clown can get away with anything.' That, I think, really crystallized exactly what was the sort of lurking fear that people had, that you know, someone that works with children in particular, who is this symbol of hilarity, symbol of fun and silliness and innocence, and underneath it can be something truly terrifying ... It was almost open season on clowns after that."

On the roots of clown fear

"I think there is something fundamentally disturbing to people about someone who covers their face with makeup. The other thing that you hear is that clowns are able to engage in activity that is usually not socially sanctioned, and they don't suffer any consequences for having done it.