Accessibility links
With An Industry In Turmoil, Why Buy A Newspaper Company? The news that billionaire Jeff Bezos has purchased The Washington Post came shortly after Red Sox owner John Henry agreed to buy The Boston Globe. That's left many scratching their heads as to why a successful businessperson would take on a paper when revenues are plummeting. 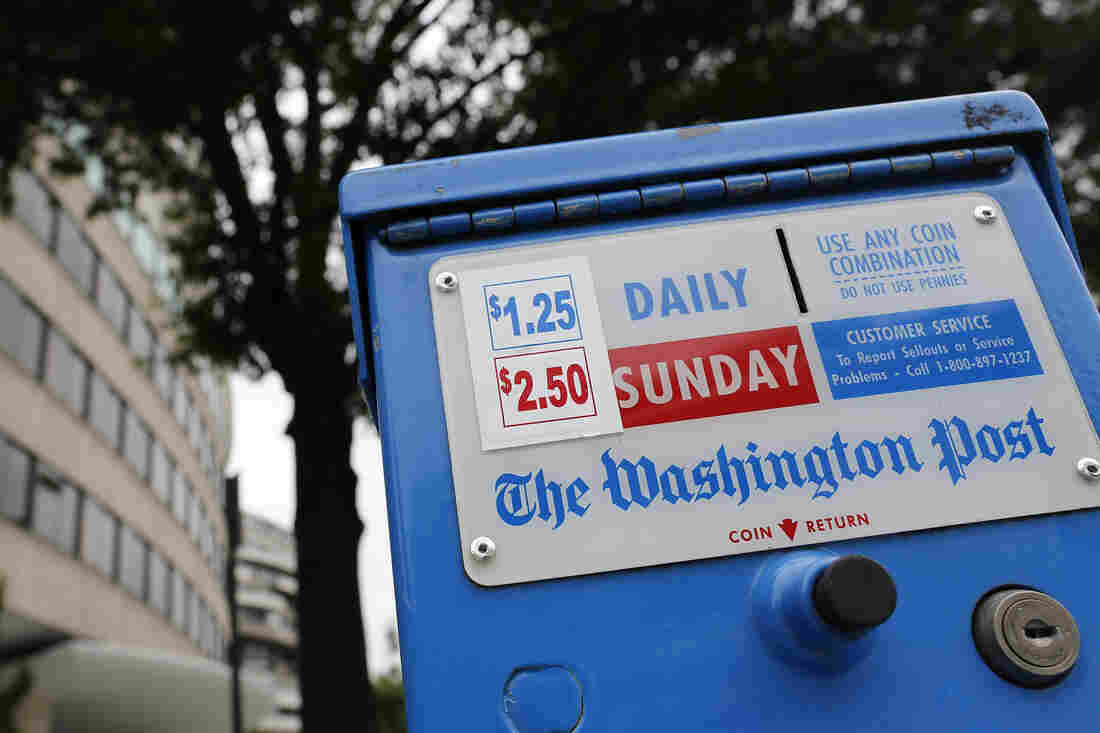 The Washington Post is now in its seventh straight year of declining revenues, says the paper's chairman, Donald Graham. Rather than continue to watch the paper struggle, Graham and Publisher Katharine Weymouth decided to look for a buyer. Jonathan Ernst/Reuters /Landov hide caption 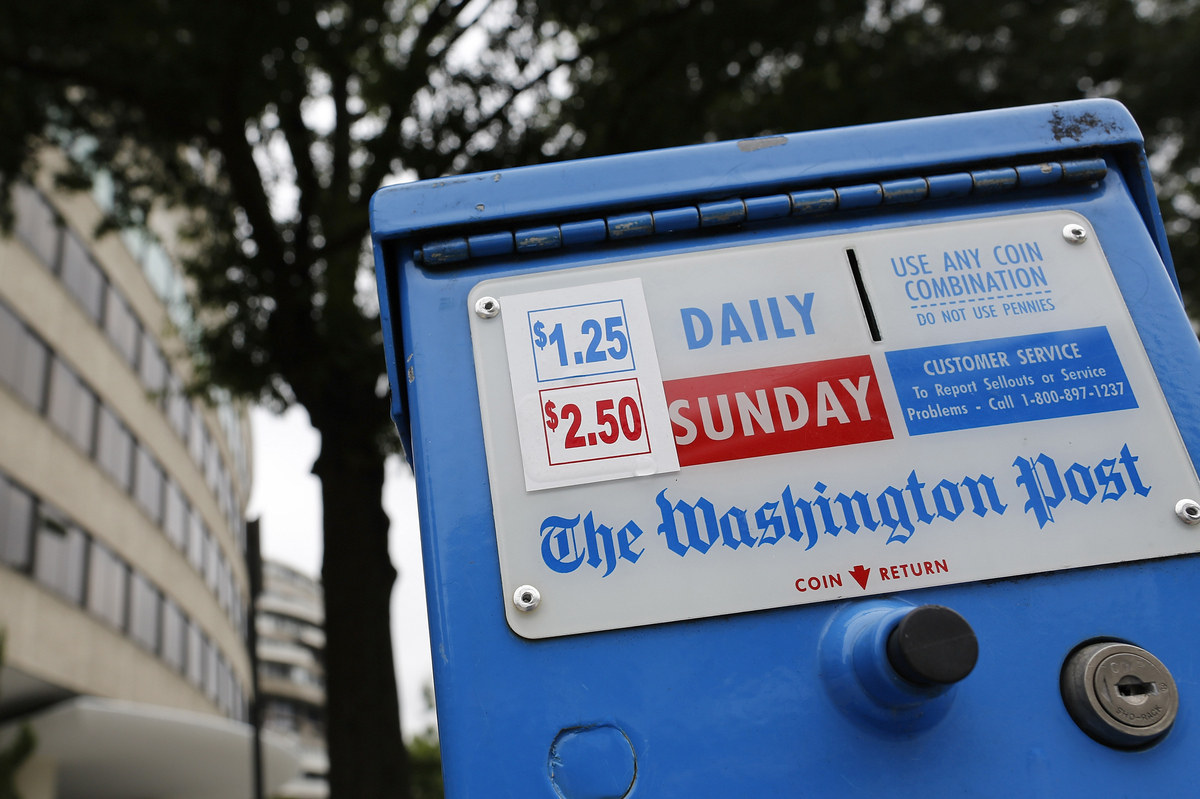 The Washington Post is now in its seventh straight year of declining revenues, says the paper's chairman, Donald Graham. Rather than continue to watch the paper struggle, Graham and Publisher Katharine Weymouth decided to look for a buyer.

Donald Graham, chairman of The Washington Post Co., is the son and grandson of its leaders for the past 80 years. And along with his niece, publisher Katharine Weymouth, Graham admitted in a video on The Post's website that the family simply didn't have the answers to questions about the paper's future.

"Katharine and I started to look at the numbers [and] realized this year, 2013, would be the seventh straight year of significant declining revenues," Graham explained. "We knew we could keep The Washington Post alive. We knew it could survive. But our aspirations have always been higher [than] that. So we went to see if we could find a buyer."

Or, one might think, a sucker. Jeff Bezos, founder of the online commerce giant Amazon, just paid $250 million for an unprofitable newspaper that looks unlikely to reverse its fortunes anytime soon.

The sale of The Post surprised many media watchers. Given the tough times in the news business, just why would a smart business leader do that? 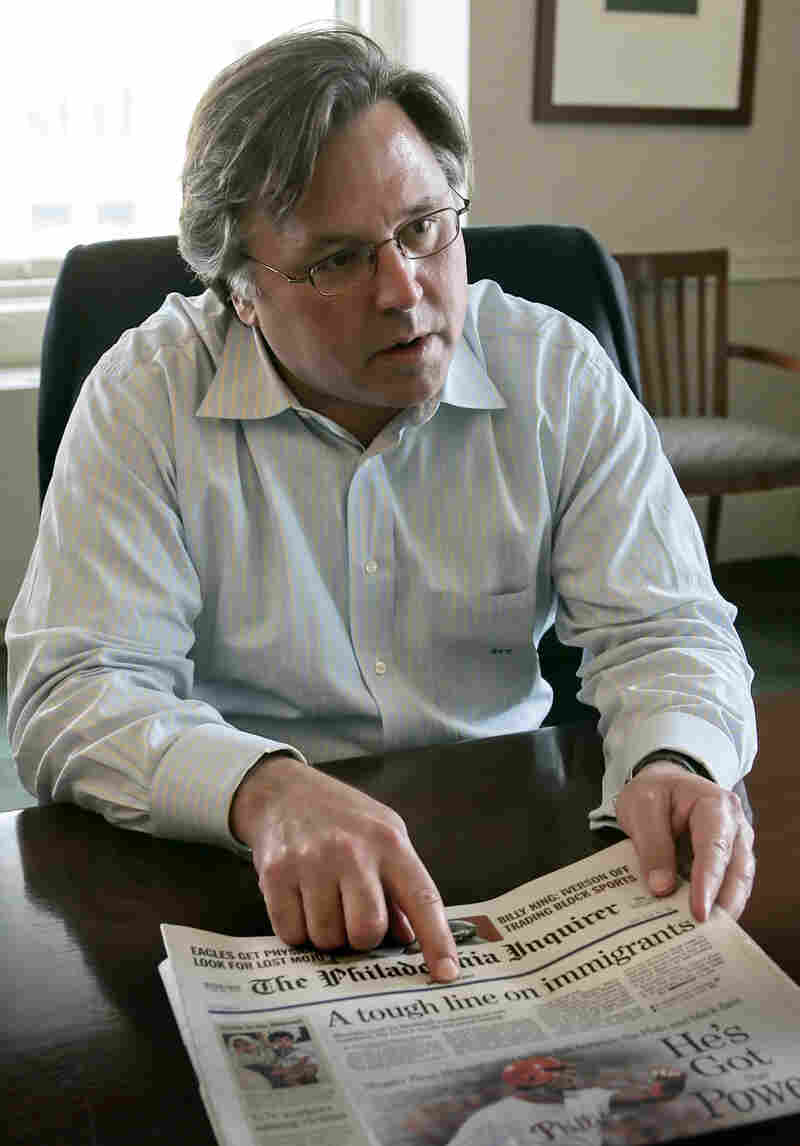 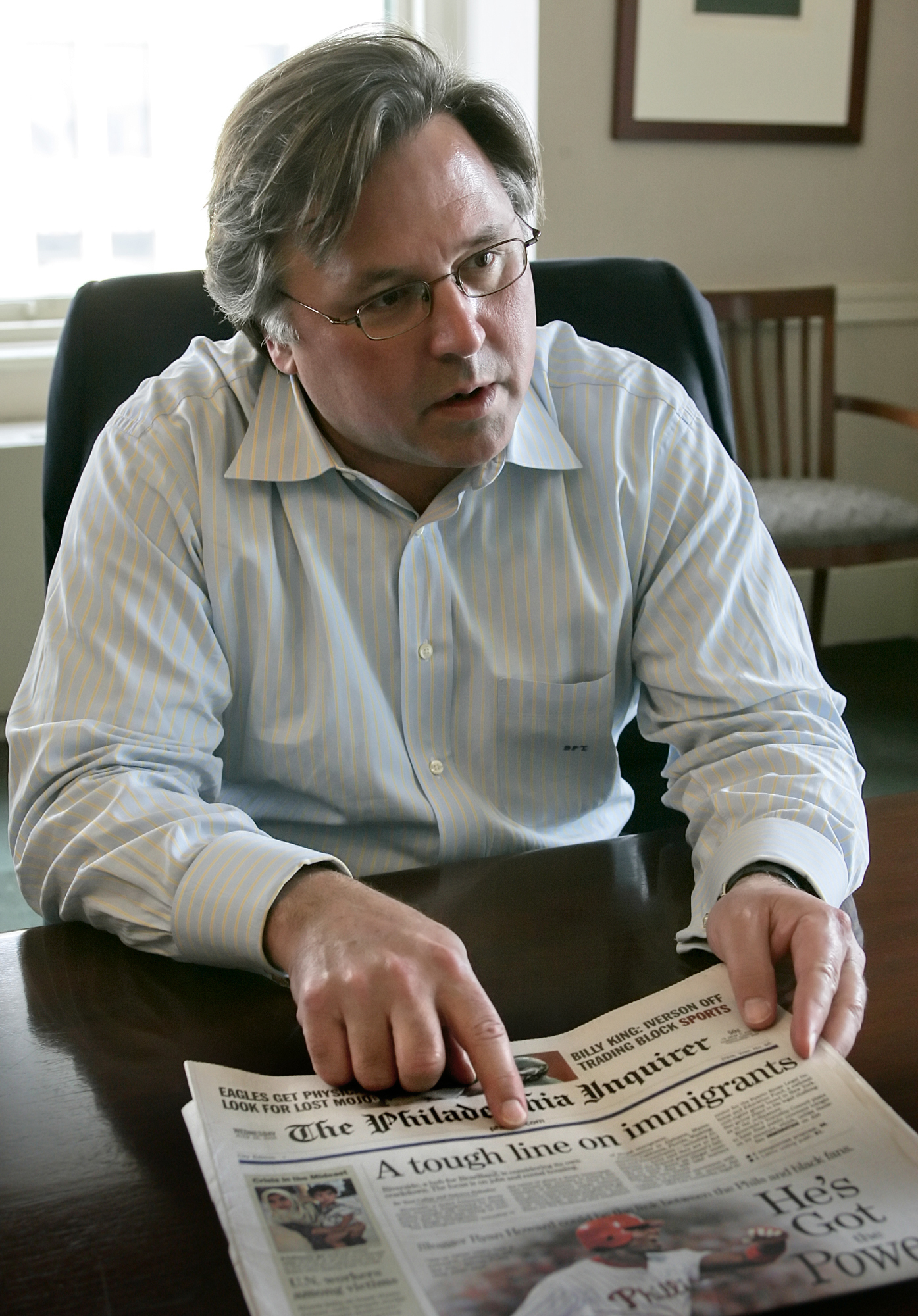 Brian Tierney, shortly after buying The Philadelphia Inquirer and Philadelphia Daily News in 2006. The papers, struggling with debt, have since changed hands twice.

For answers, I turned to Brian Tierney, the public relations executive who led a consortium to take over The Philadelphia Inquirer and Philadelphia Daily News in 2006. He became publisher and said he was moved as he saw the effects of his reporters' work exposing local corruption, injustice and crime.

"I thought, 'Thank you God for putting me here at this point in my career,' " Tierney says. "Because I loved being part of helping Verizon sell phone service, and I'm proud of the work we did for the Pennsylvania Lottery. But this — you felt like, this is the people's work."

Those beleaguered Philadelphia papers, laboring under debt, have since changed hands twice.

But whatever the economics, owning a major newspaper buys you a seat at the national table. Mort Zuckerman, once solely a successful real estate investor, became a familiar face on national public affairs television shows only after he became the owner of the New York Daily News and other publications.

"There's always been egos that have bought newspapers," says Cathy Merrill Williams, publisher of Washingtonian magazine. "If you go back to the 1930s, you had people like Dorothy Schiff that came from a big banking family that bought the New York Post. So there's always been an ego play."

Merrill Williams has ink in her veins. She first started the presses at the Annapolis Capital newspaper, owned by her family, when she was 5. After the death of her father in 2006, the Merrills sold their newspapers to a small media company.

"The big difference now is there is a play of people with money who want to see if they can reinvent an industry," Merrill Williams says. "It's more fun, it's more exciting, it's more challenging, and they're looking at it as an opportunity to remake the future of journalism and media."

With 'Post' Purchase, High-Tech Continues Its March On D.C.

Will 'The New York Times' Be Next To Be Sold?

Media consultant and analyst Ken Doctor says Amazon's Bezos, who will own The Post personally, is unlikely to use his new property to goose the profits of Amazon.

"The payoff is clearly not financial. He doesn't need more money," Doctor says. "The payoff is doing something that other people haven't done. He sees technology as a great positive disrupter in human life, and he believes that's what he's done with Amazon. He believes that it can be done for news."

Doctor, who recently consulted for The Post on instituting a digital pay wall, says newspapers would do well to embrace Amazon's specialty of serving and satisfying customers quickly and effectively. But he says that other than offering assurances of editorial integrity, Bezos has not yet signaled how he expects to lead The Post.

"We're going back to the future," Doctor says. "Question is, are we getting the right billionaires? And we don't know that answer yet."

Bezos has asked Weymouth to continue on as publisher of the paper. She is said to be sad at the loss of The Post, but relieved to be heading into an era when she can invest in the paper rather than continue cutting costs, year after year.