Accessibility links
With Holder In The Lead, Sentencing Reform Gains Momentum Eric Holder, the nation's top law enforcement officer, is calling for a sea change in the criminal justice system. The attorney general is joined by a bipartisan group of lawmakers who want to overhaul prison sentencing policies. 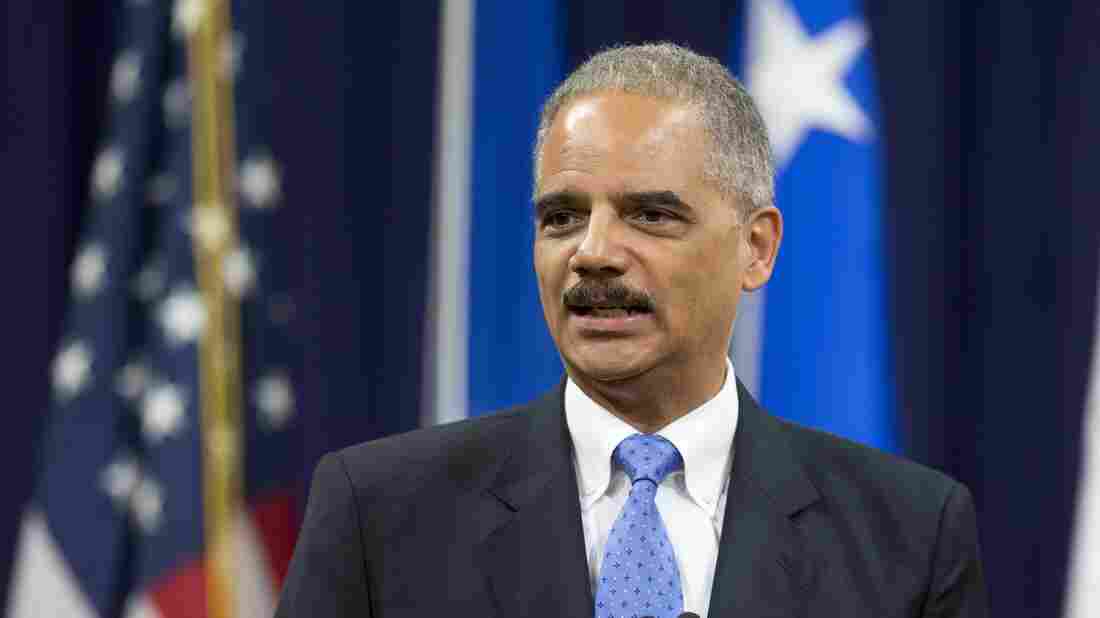 Attorney General Eric Holder is calling for significant changes to the way the nation deals with convicted criminals. And he's not alone. Evan Vucci/AP hide caption 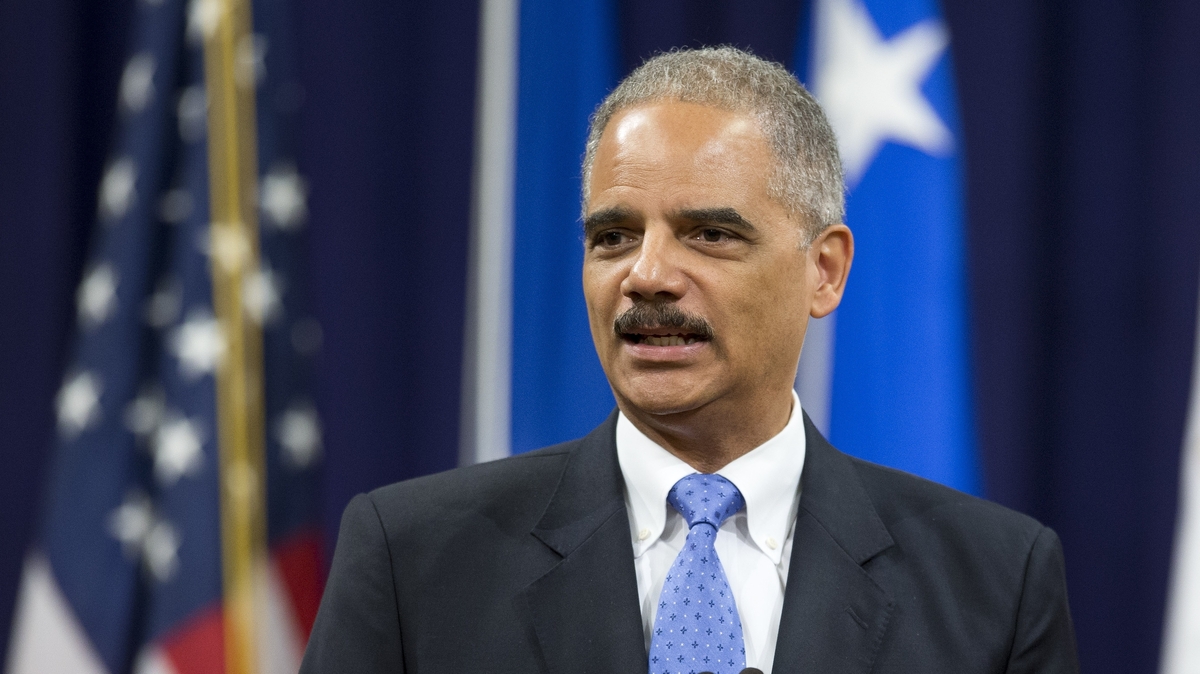 Attorney General Eric Holder is calling for significant changes to the way the nation deals with convicted criminals. And he's not alone.

Sit down with the attorney general to ask him about his priorities, as NPR did earlier this year, and he'll talk about voting rights and national security. But if you listen a bit longer, Eric Holder gets to this: "I think there are too many people in jail for too long, and for not necessarily good reasons."

This is the nation's top law enforcement officer calling for a sea change in the criminal justice system. And he's not alone.

Over the past few weeks, lawmakers have introduced bipartisan measures that would give judges more power to shorten prison sentences for nonviolent criminals and even get rid of some mandatory minimum terms altogether.

"The war on drugs is now 30, 40 years old," Holder said. "There have been a lot of unintended consequences. There's been a decimation of certain communities, in particular communities of color."

That's one reason why the Justice Department has had a group of lawyers working behind the scenes for months on proposals the attorney general could present as early as next week in a speech to the American Bar Association in San Francisco.

Some of the items are changes Holder can make on his own, such as directing U.S. attorneys not to prosecute certain kinds of low-level drug crimes, or spending money to send more defendants into treatment instead of prison. Almost half of the 219,000 people currently in federal prison are serving time on drug charges.

"Well, we can certainly change our enforcement priorities, and so we have some control in that way," Holder said. "How we deploy our agents, what we tell our prosecutors to charge, but I think this would be best done if the executive branch and the legislative branch work together to look at this whole issue and come up with changes that are acceptable to both."

Late last week, two senators — Illinois Democrat Dick Durbin and Utah Republican Mike Lee — moved in that direction. Their bill, called the Smarter Sentencing Act of 2013, would give judges more discretion to sentence nonviolent criminals below the so-called mandatory minimums. It would also lower mandatory minimums for several drug crimes to lower costs and cut down on crowding in a prison system that's estimated to be operating at 40 percent over capacity.

"They all sound like a great stop-crime idea when they were passed," Leahy said on the C-SPAN Newsmakers program Sunday. "Most of them sound better on paper than in practice."

His partner in that effort is Republican Rand Paul, a Tea Party favorite from Kentucky. They've introduced their own legislation, the Justice Safety Valve Act of 2013, to give judges more power to impose lower sentences — and not just in drug crimes.

"Doing away with mandatory minimums, giving more discretion to judges, that shouldn't be Republican or Democrat," Leahy added. "It just makes good sense."

The idea has already taken off in nearly two dozen states including Arkansas, Kentucky and Texas, where it won support from prominent conservatives including Grover Norquist, part of a coalition known as Right on Crime.

"It's easier to say, 'Let's spend a few dollars a day managing you at your home where you can spend time with your family, where you can work, instead of hundreds of dollars a day, keeping you in a cell,' " Norquist said in a video on the group's website.

And the Justice Department explicitly pointed to state reform efforts in a letter to the U.S. Sentencing Commission in July. The old system, wrote official Jonathan Wroblewski, is being replaced with the idea that budgets are "finite," prison is a power that should be "exercised sparingly and only as necessary," and that "reducing reoffending and promoting effective reentry are core goals."

Wroblewski wrote that authorities want to overhaul the system to make sentencing simpler, to spend more money on programs for people returning to life outside of prison, to target drug traffickers with severe penalties, and to offer alternatives or shorter sentences to nonviolent offenders. The Justice Department also wants to give those nonviolent offenders already serving prison time a way out early, for good behavior.

Ohio State University law professor Douglas Berman has been following the criminal justice system for years. With violent crime near record lows, and federal prisons eating up a quarter of the Justice Department's 2014 budget, Berman says now may be time for change.

"There's the opportunity for action, not only on [Capitol Hill] but maybe in the Obama administration particularly, when we're a little bit away from the midterm elections and a long time away from the next presidential election cycle," Berman says.

It would be the first major sentencing reform since the crack epidemic of the 1980s, he says.

"It's not just a story of new politicians in Washington having a new willingness to speak about these issues, because of lower crime rates and the budget crisis, but I think also the discovery that across the political spectrum across the country, states have been successful in modifying ... sentencing laws to go from what's often talked about as being tough to being smarter on crime," Berman adds.

Some prosecutors, even some inside the Justice Department, may have a hard time making that pivot, as they debate how lengthy prison terms may have helped lower the crime rate.

But Berman says it's worth asking these questions: "Are we using the prison system too broadly, too widely? Are we getting a poor return on our investment with criminal justice dollars when we're constantly growing the federal prison population and especially in a time of sequester that comes with cuts to prosecutors, cuts to police forces, cuts to defender services?"