Accessibility links
For One-Time Tech Exec, Leading D.C. Charity Is No Small Job Patty Stonesifer once held a top spot at Microsoft. After that, she spent years at the helm of philanthropy giant the Gates Foundation. But this year, Stonesifer downsized. She's taken on a smaller-scale role as CEO of Martha's Table, a Washington, D.C., nonprofit that serves the poor. 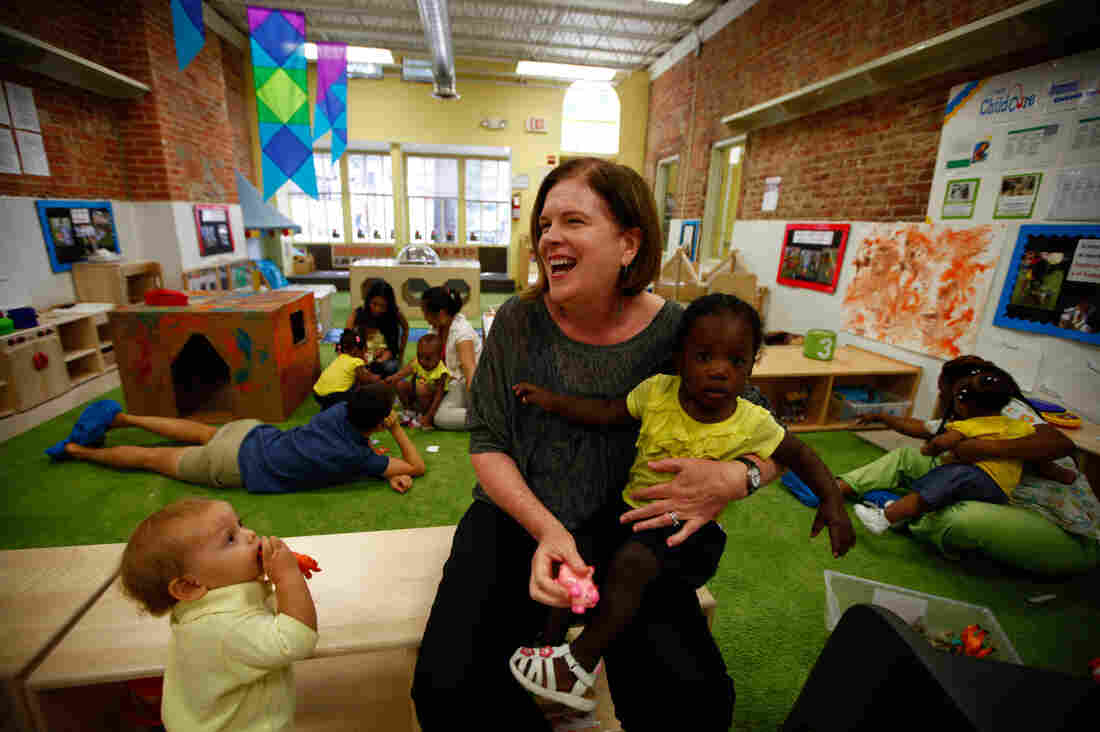 Patty Stonesifer once watched Martha's Table serve food to the homeless outside the Washington, D.C., offices of the Bill and Melinda Gates Foundation. When the top post at the charity came open, she knew it was the job for her. John W. Poole/NPR hide caption 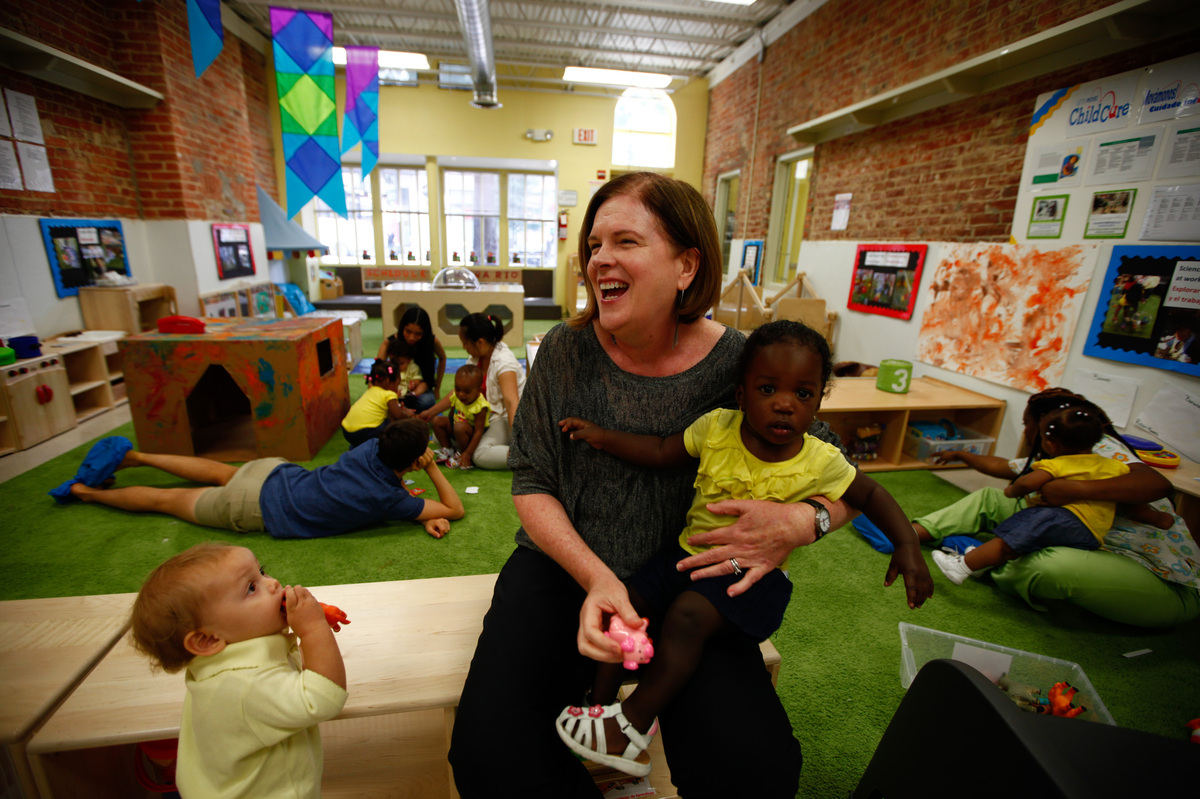 Patty Stonesifer once watched Martha's Table serve food to the homeless outside the Washington, D.C., offices of the Bill and Melinda Gates Foundation. When the top post at the charity came open, she knew it was the job for her.

On a recent morning, Patty Stonesifer sat cross-legged on the floor of a day care classroom, laughing as pre-schoolers clambered into a fire truck made out of a cardboard carton.

This is a far cry from Stonesifer's old life. She made her fortune in the tech world, where she rose through the ranks at Microsoft to become its highest-ranking female executive.

Later, she became the founding CEO of the Bill and Melinda Gates Foundation — the largest philanthropic organization in the world, with huge, global goals and an endowment of $34 billion when she left in 2008.

But now Stonesifer, 57, has downsized dramatically. She's the new head of the local Washington, D.C., charity Martha's Table, a nonprofit that feeds and clothes the poor and offers day care and after-school programs, with a total budget of $4.5 million.

Stonesifer recently led NPR's Melissa Block on a tour of Martha's Table, showing off the organization's thrift store, food pantry and sparkling kitchen, where volunteers were chopping melon and making peanut butter sandwiches for delivery via their soup kitchen vans.

Stonesifer says that when she worked for the Gates Foundation, she'd see the Martha's Table food van every night, parked right outside the foundation's D.C. office, serving hot meals to long lines of homeless people.

"And I saw that van and I saw that work," Stonesifer says. "And when I saw that the job was open, I thought, 'That's a job I would love to do.' "

And she's doing it without pay. Stonesifer takes no salary as CEO of Martha's Table.

One of nine children, Stonesifer grew up in Indianapolis, the daughter of a car salesman and a physical therapist. Giving back to the community was understood in their home. "I didn't know the word, or I didn't recognize that we were volunteering, but whether it was putting new missals in the pews at the church, or riding the bus to pick up the deaf children to bring them to Mass, or working in the soup kitchen on Sundays, it was just part of who we were," she tells Block. "It was just part of what it meant to be part of my family."

Even so and even after traveling the world for the Gates Foundation, Stonesifer says, working at Martha's Table has helped her understand need on a different level.

That wears down the faces and bodies of hard-working people, Stonesifer says. "And I want to see whether we can't do something about that, here at Martha's Table, as a district and as a nation."

Understanding that many are stuck in poverty due to a lack of education or poor health is discouraging, Stonesifer says, but there's also immense satisfaction in supporting people when they need it.

"We all are thrilled by the families and the stories and the individuals. Who, yes, ... present one day for groceries. But then they're able to get that construction job or they've got the second job in the restaurant that allows them to get into the small studio apartment that they were seeking. And we get those stories every day, too."

Stonesifer doesn't miss the corner office, she says — although she does miss the big budget. "No one ... wouldn't miss having a bigger checkbook when you're trying to do what we're trying to do at Martha's Table," she says. "But we're lucky here that the community does support us. So we have a reasonable budget here.

"Could we do more if I had that corner office and that checkbook? Of course we could. But we're doing a great deal on the dollars that we have and making the change that I think we want to make."

Stonesifer's shift from large-scale philanthropy to a relatively modest local charity did baffle some who know her, she says. "But I also have an awful lot of people who say they heard it and said, 'That makes sense.' Because they knew that I was at a point where I could make decisions based on what I was passionate about."

As for those who still don't get it? "They should try it," she says. "It's a wonderful opportunity ... to come in in the morning and be surrounded by those beautiful children ... [and] have the responsibility to say, 'How do we support those children going forward?'

"So it's not a small job," Stonesifer adds. "It's a very big and very wonderful job."