Accessibility links
Grief And Community In 'Broadchurch' The marvelous drama series Broadchurch isn't always easy to watch, but there's a great deal more to it than a murder mystery. 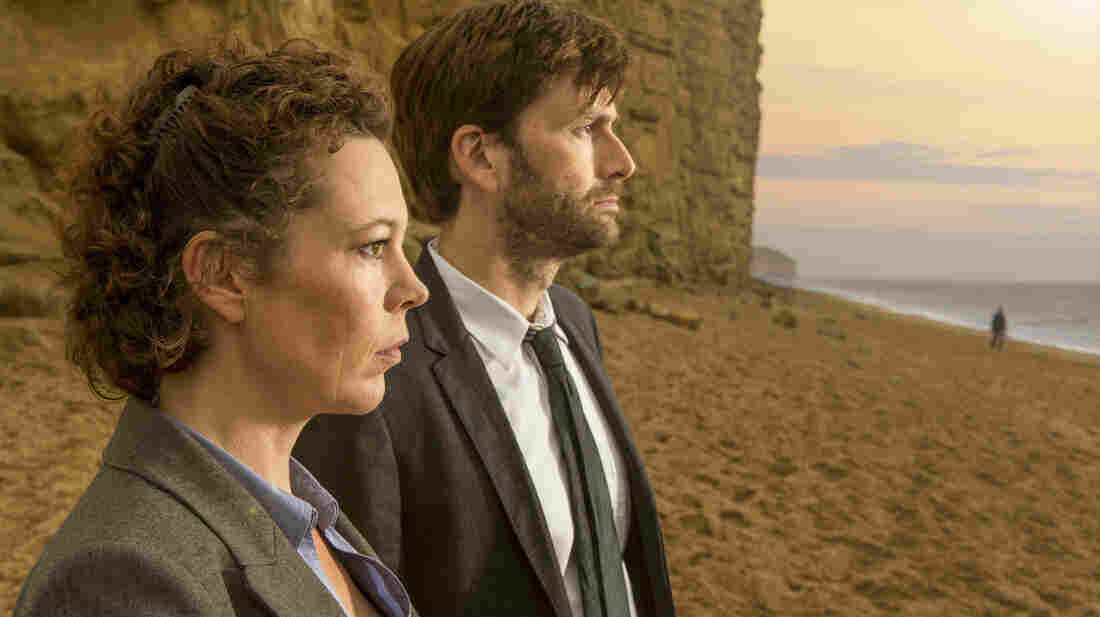 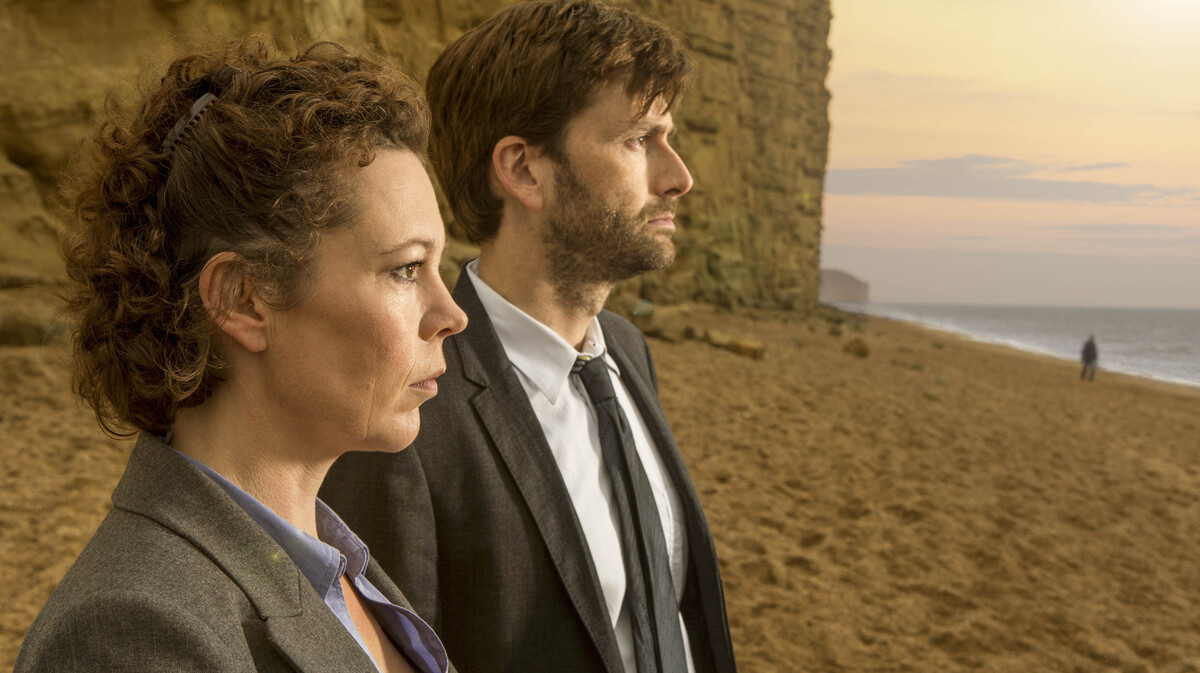 It's hard to import a European murder mystery without importing baggage along with it — expectations of a gray chill, of relentless and austere severity.

It's not that you won't see any of that in Broadchurch, the eight-part British drama that comes to BBC America beginning Wednesday night. It begins with a body found on a beach at the bottom of a wall of craggy cliffs. There are broken hearts, and there's a kind local cop (Olivia Colman), and there's a shipped-in city cop with a heavy heart and a sharp tongue who doesn't get along with anyone (David Tennant). You'd be forgiven for thinking it was going to be, in short, a drag.

And if it were a simple crime procedural, its close-up handling of such a devastating story might seem exploitative, like just another dead body in another quirky television town. But while there is a mystery here, and while they will solve it in these eight episodes, the solution to the murder mystery is not what the show is really about.

The show is about the town of Broadchurch, where the body is found, and about the way grief is so unwieldy and burdensome that it interrupts and interferes with every other emotion. Trust is upended, old wounds are opened (and others are healed), and relationships are threatened by the deeply human but totally wrongheaded tendency toward trying to negotiate the terms under which others manage pain.

At the center of the show are great performances from Colman and Tennant as Ellie Miller and Alec Hardy, the local cop and her new, grumpy superior who are working together to solve the case. Ellie's family knows the family of the deceased, and she represents what's unavoidably intimate and personal about handling tragedies. Alec is newly promoted and imported, and he's just coming off a case that went poorly, so his investment is just as great in its way, but very different.

Over the course of the story, suspicion will shift over and over before it settles. People will seem one way, then another. The local journalists following the story will seem craven, and then honest, and then desperate. Ellie and Alec are both right sometimes and wrong sometimes, and they will do the wrong thing while trying to do the right thing.

Broadchurch treats tragedy in a community as almost an autoimmune disorder, where beyond the initial loss, the real fight is getting the thing not to turn its passions and defenses against itself. It does feel timely. It's common to talk about series as "timely" when their storylines closely mirror real events or the issues they raise are in direct parallel. But a story about pain not being translated into mistrust and mistreatment is always timely, really.

It's rare that television is this good at presenting flawed humanity as both the greatest and most dangerous element of any social structure. It's a lot more than a murder mystery.

Broadchurch begins Wednesday night at 10 p.m. ET. The first episode is also streaming free, with no commercials, at the BBC America site.