Accessibility links
The History — And Future — Of Cable's Bundling For Time Warner Cable customers in major cities, the battle for the future of television is playing out before their eyes as CBS and the cable giant fight over fees. You might not realize it, but between a third and half of your cable bill goes directly to pay for channels like CBS or ESPN. 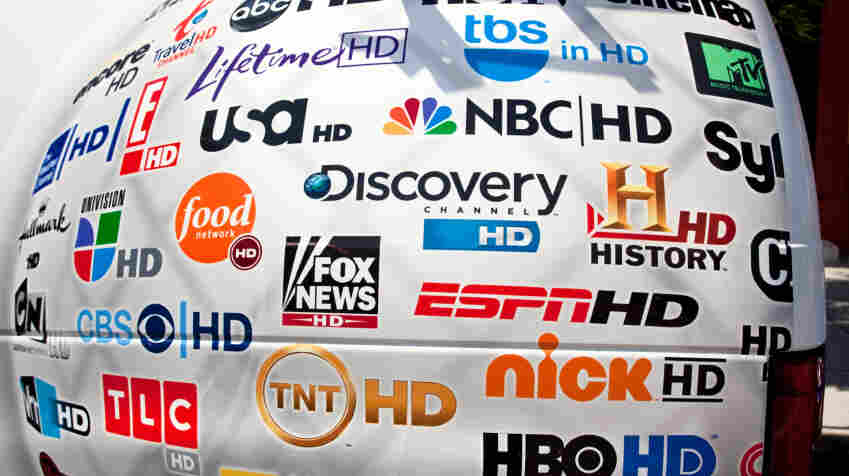 Though you'd never see it listed on your monthly cable bill, nearly every channel you get has a secret price. iStockphoto.com hide caption 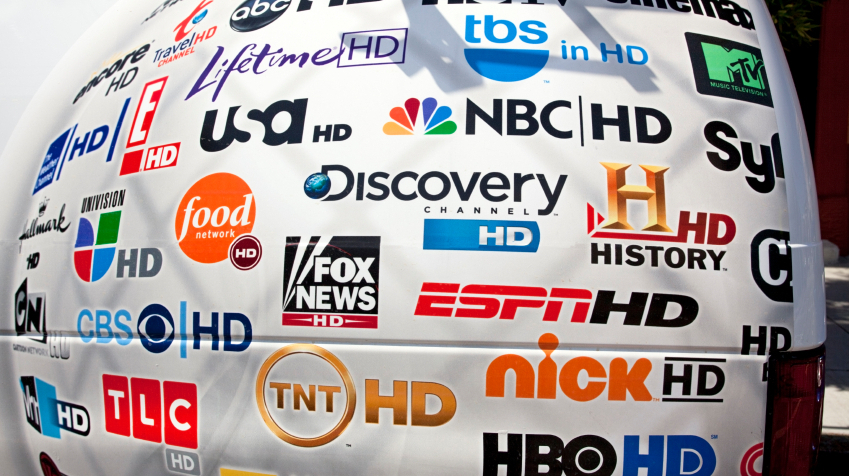 Though you'd never see it listed on your monthly cable bill, nearly every channel you get has a secret price.

For Time Warner Cable customers in major cities, the battle for the future of television is playing out before their eyes.

Why Hasn't The Internet Blown Up Cable TV's Business Model?

Why Hasn't The Internet Blown Up Cable TV's Business Model?

The cable company blocked CBS-owned channels as the two sides fight over fees: Time Warner says CBS wants too much money for its programming, and it's trying to keep customers' bills down, while CBS says Time Warner pays more to carry far less popular channels, and it wants its fair price.

You might not realize it, but between a third and half of your cable bill goes directly to pay for channels like CBS or ESPN. Though you'd never see it listed on your monthly cable bill, nearly every channel you get has a secret price. Industry analyst SNL Kagan estimates that, whether you watch it or not, you're paying something like 6 cents a month to the Hallmark Channel, 60 cents a month for CNN, and $5.54 a month for ESPN, the most expensive channel around

But these prices are hidden. They get rolled into the price of your bundle of channels. Needham & Co. estimates that ESPN rakes in $7 billion from cable customers, even though many never even watch the channel.

Bundles In The Bundle

With cable customers unaware of how much they're paying, the owners of television networks have significant leverage. Take a company like Viacom. It owns popular channels like MTV and Comedy Central. It also owns thoroughly unpopular channels like Palladia. But it can tell a cable company that if it wants MTV at a good price, it also has to carry Palladia.

"The way they package everything, can you imagine if you went in to buy a 2x6 and you had to take a 2x4 with it?" says Ben Hooks, who runs Buford Media, a tiny cable provider in rural Texas.

He's among the cable companies getting fed up with this system of bundles. Cablevision in suburban New York actually sued Viacom over this. Bundling is an almost unbelievably good business for channel owners. Disney, for instance, gets 100 million cable customers to pay more than $5 a month for its sports channel ESPN, even if only a fraction of them actually tune in.

In a way, it's kind of like taxes. Cable fees spread the money around.

"It is a subsidy. The question is, overall, is there a value proposition for the subscriber?" asks Howard Homonoff, a cable industry consultant.

Homonoff is among those who think this system actually works. But the bundle has taken heat lately. Republican Sen. John McCain of Arizona railed against it on the Senate floor not long ago: "Not every American watches ESPN. Not every American should be forced to watch ESPN."

But experts say if McCain got his way and broke up the bundle, customers might not actually be any happier.

Needham & Co. estimates just 20 channels would survive in an unbundled world. And a channel like ESPN purchased alone could cost something like $20 or $25 a month.

"I think the choice you get from cable is one of the most attractive things you get from [the bundle]," says Ed Durso, executive vice president of administration for ESPN.

ESPN wasn't always the most expensive television network around. When it first signed on the air in 1979, it was hokey and carried few popular sports. It was an experiment.

"This was a Wild West time in cable television. Nobody knew what programming was going to be useful," says longtime industry consultant Steve Effros. He says no one knew if the channel would get the money to compete with the big networks for baseball games, and other pro sports.

It was so unproven that in its early days, ESPN actually paid cable providers to get into your living room. The cable providers had the power back then. At the time, most cable systems could only fit 20 channels, so they could be picky about what they offered.

In the 1980s, that began to change. People started to watch these upstart cable channels. That meant more advertising, which meant the networks had more money to produce better shows. That meant even more viewers tuned in, and before long, it was the networks like ESPN that had the power.

"They became a channel that was recognized. The cable operators then found themselves in a position where they had to carry it, as opposed to have the leverage not to carry it," Effros says.

It was at this point that networks like ESPN could flip the table and start demanding big fees from cable providers. The costs have been skyrocketing. Hooks, the cable guy in Texas, says programming went from his smallest expense to his biggest over the past few decades.

"I don't believe sports are going to go away. I think there's going to be a market correction," Hooks says.

Owners of television networks have every incentive to preserve the status quo. It's too lucrative, and they say it subsidizes niche content and expensive shows with smaller audiences, like Mad Men. This is why, increasingly, when you want to watch a TV show on your laptop, the website might ask you for a password to prove you pay for cable.

And don't expect Netflix and other companies to break the bundle. Apple is now talking with Time Warner Cable, instead of competing against it. Intel's upcoming Internet cable service will still have traditional bundles of channels.

The big surprise is that it could be the old-line cable companies that drive change. Time Warner shocked many when it proposed offering CBS a la carte to resolve the contract dispute. (CBS quickly quashed that idea.) Verizon has proposed paying for channels with a sliding scale based on their actual popularity. Cablevision's CEO even said he sees a day when the company sells nothing but Internet access.

This all makes Hooks in Texas feel vindicated.

"It tells me, 'See, I told you it's bad,' because when the big guys get in, and I've been screaming for years, I say, 'Finally it's bad enough to hurt them,' " he says.

In the meantime, another sports network launches this month. Analysts expect Fox Sports 1 to be the first serious rival to ESPN. SNL Kagan estimates the channel will get nearly 80 cents per cable subscriber. If it's a hit, expect that to rise fast in the coming years, adding yet more to your monthly bill. But all sides know cable can only get so much more expensive before customers cut the cord completely.