Magic And Politics Beyond The Portal In 'Guide'

Magic And Politics Beyond The Portal In 'Guide' 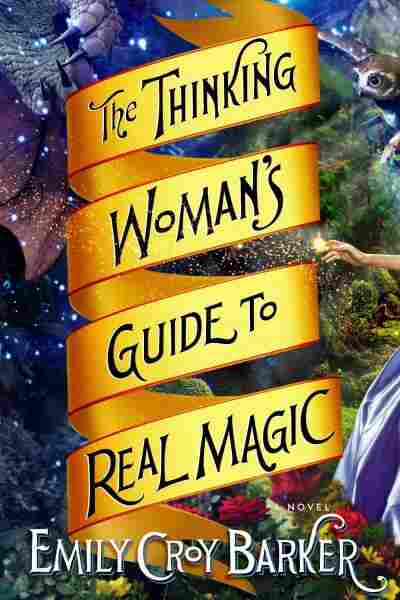 It's one of the most familiar stories in fantasy: someone from our world stumbles on a gateway to a world entirely other — usually magical, sometimes dangerous, and always ripe for a great adventure. But despite the iconic image of a paradise just beyond the doorway, the portal fantasy is often, at heart, a cynical work. After all, some of folkore's most notable archetypes were supernatural threats who crossed from their world to ours to beleaguer us. A balance of magical aid and real-world social smarts is often enough to win the day, but those who cross between worlds must tread carefully; here there be, quite literally, dragons.

In The Thinking Woman's Guide to Real Magic, debut novelist Emily Croy Barker gives us Nora, a floundering grad student who trips dimensions and finds herself in the land of the Faitoren, which seems wonderful at first: a whirl of endless parties, a magical makeover from the Faitoren queen Ilissa, and a princely marriage proposal from Ilissa's son Raclin. When Nora realizes she's been enchanted, she risks her life to escape--but with no way home, she has to start over from scratch. She does receive some supernatural assistance in the irascible Aruendiel, a magician who becomes Nora's teacher and protector as the Faitoren attempt to reclaim her.

While meandering through Nora's recovery from enchantment (Ilissa's gaslighting and Raclin's shapeshifting attacks are basically an abusive marriage, down to the ring that won't come off), the novel rejoices in minutae, both physical and magical. Barker pays careful attention to to genealogical nomenclature, wizardry versus natural magic, literature, cultural touchstones, the politics of speech (gendered by speaker — women are condemned by their very vocabulary to be less forceful and authoritative than men), and the power of poetry on any world. Particularly detailed is the language, called Ors after the country; Nora's steady progress with literacy parallels her refreshingly ordinary study of magic. Though there seem to be few downsides — magicians gain youth and vitality — some spells take tolls, and Nora first gains Aruendiel's respect when she guesses the psychological cost of summoning spectres from paintings. 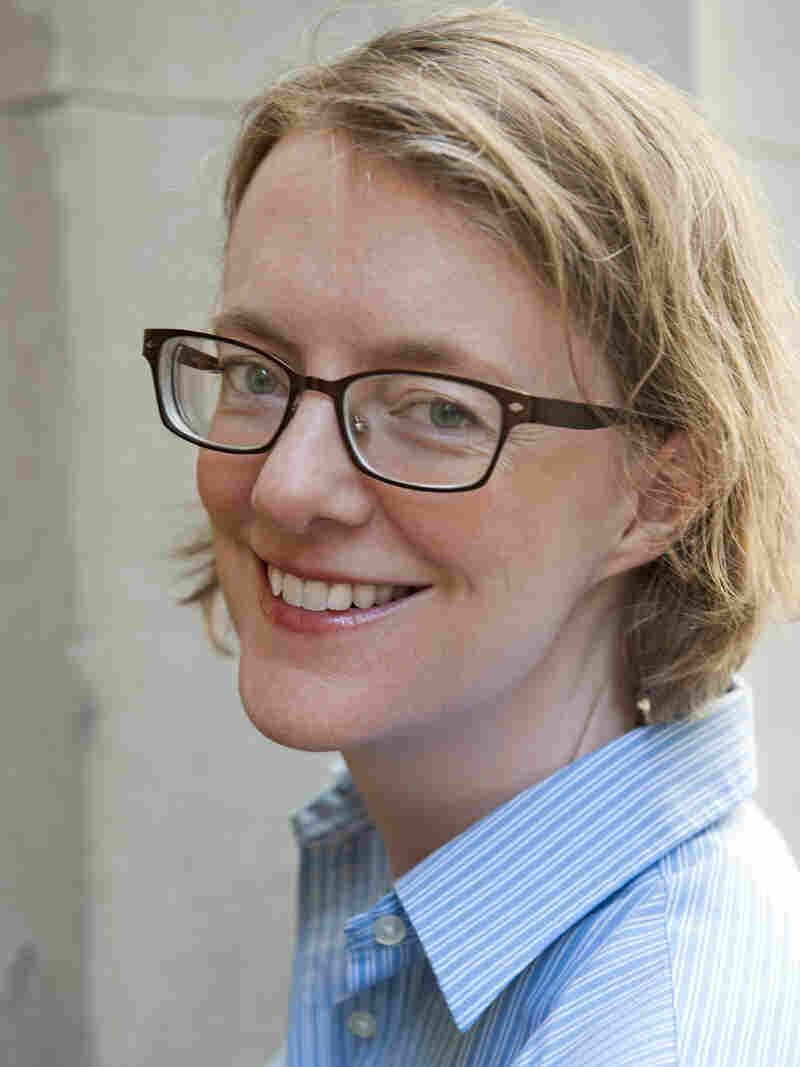 Emily Croy Barker is the executive lawyer for The American Lawyer. The Thinking Woman's Guide to Real Magic is her first novel. Maggie Soladay/Courtesy The Penguin Group hide caption

Unfortunately, the novel explains Nora's intelligence more than demonstrates it. A little incredulity is healthy, but to have Nora still questioning magic halfway through the novel seems disingenuous. And for a scholar, she's often remarkably clueless about her new world (particularly interesting if one reads portal fantasies as metaphors of cultural immersion). Gentlewomen in Ors are socially and politically repressed, unable to own property or be recognized in their own right, so they assume the independent Nora must be Aurendiel's "whore." And while Nora understands the dynamics enough to recall the tribulations of tragic literary heroines, that doesn't stop her from immediately concluding, "Inristian and her friends, they were the real whores." It's a lingering blind spot in her judgment — and unlike her cultural misconceptions about black lesbian magician Hirizjahkinis, it's a judgment she's never made to question.

Nora's characterization is a crimp in the novel's otherwise solidly-plotted court life, with its glimpses into wizardly machinations, and the Faitoren standoff that threatens Nora's place in this world. These broader plotlines gain momentum in fits and starts, leaving plenty of time for domestic labor and a character study of Aruendiel (whom Nora unimaginatively parallels as Mr. Darcy, despite the fact that Mr. Darcy was never rumored to have murdered his wife). Meanwhile, Nora becomes more active and ambitious in the use of her learned magic — the practice of which becomes so absorbing that it has her questioning her plans to go home. Unfortunately, Barker's prose style lacks much punch or insight, and she often resorts to switching points of view between lines of dialogue in the same scene — which might be an attempt at the omniscient voice but lands somewhere merely sluggish.

Plot developments come together slightly better than character study, and the adventuring third act, including Nora's (literally) poetic standoff with an ice demon and some well-deployed journeyman magic, gives some payoff to the slow-burn setup — though readers should note the ending suffers from being an obvious lead-in to a sequel, and some major characters seem to drop from the story entirely while awaiting Book Two.

The Thinking Woman's Guide to Real Magic embraces many of the things that make portal stories so perennial, with just enough twists that it seems to be in conversation with some of its forebears (let's admit it, it's nice to have a lead character in a fantasy epic who's unrelated to any remarkably-publicized prophecy), and offers a world of minutiae that suggest deeper issues of power and gender waiting to be explored; for those, there's always the sequel.

Read an excerpt of The Thinking Woman's Guide to Real Magic