Accessibility links
Can Congress Figure Out How To Rescue The Post Office? The U.S. Postal Service lost some $16 billion last year and continues to bleed red ink. Congress has been unable to agree on a plan to turn things around. The latest proposal would allow the post office to end Saturday delivery in a year, and enable it to ship wine and beer. 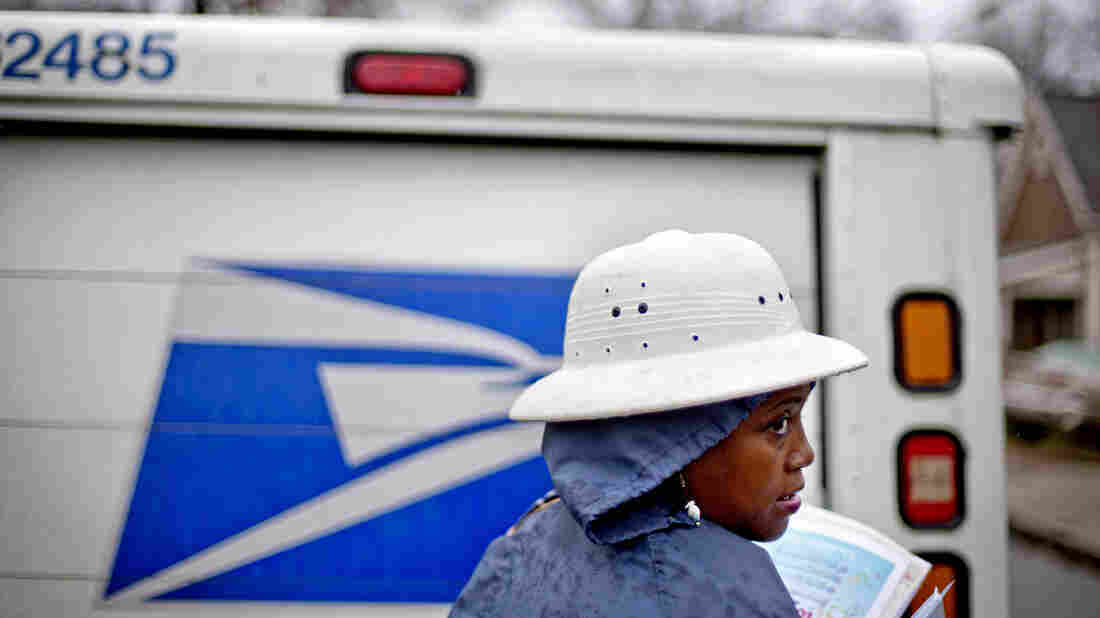 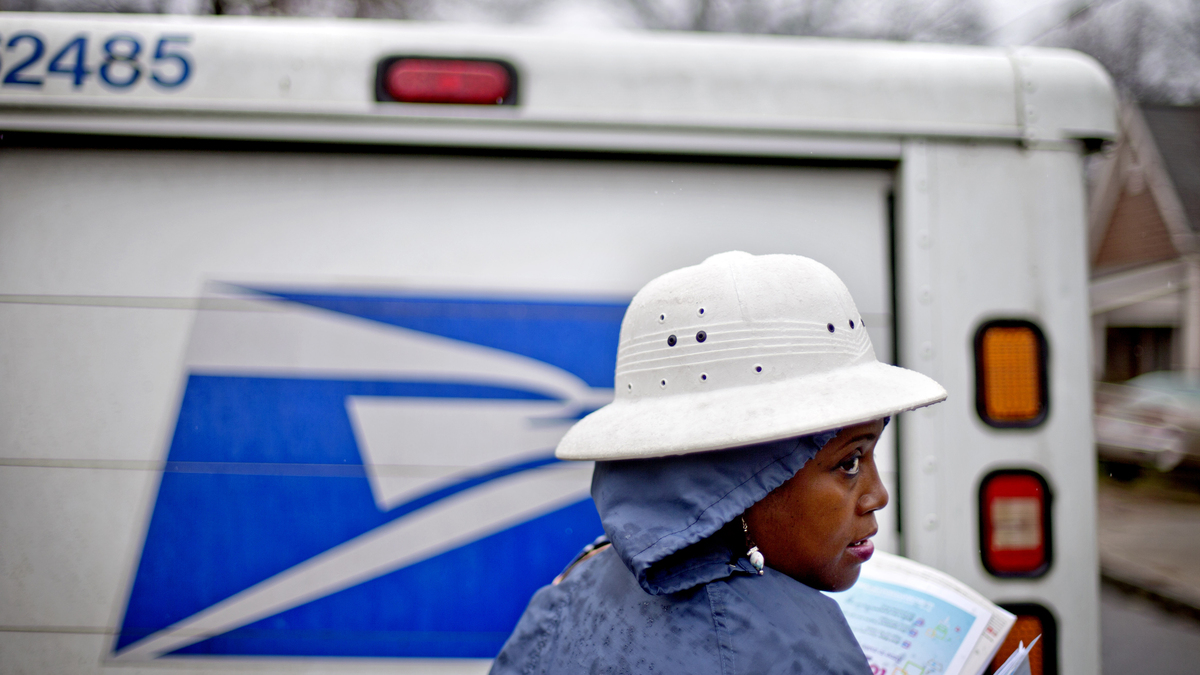 The U.S. Postal Service lost some $16 billion last year and continues to bleed red ink. Congress has been unable to agree on a rescue plan.

The latest proposal would allow the post office to end Saturday delivery in a year and enable it to ship wine and beer.

The Postal Service's woes are familiar: People don't really send letters anymore, so first-class mail is down, and Congress makes the post office prepay future retiree benefits to the tune of $5.5 billion a year.

Democratic Sen. Tom Carper of Delaware says the Postal Service is on the verge of financial collapse.

Being Postmaster General Isn't What It Used To Be

Postmaster: We Photograph Your Mail, But Not To Snoop

Postal Service Will Keep Saturday Mail Delivery After All

Plus, he says, there are "7 or 8 million jobs in the country that depend on a strong, viable Postal Service. And this is one that can be fixed."

Carper's fix? The Postal Reform Act, co-sponsored with the panel's top Republican, Sen. Tom Coburn of Oklahoma. The measure would allow the post office to eliminate Saturday service in a year, and to reduce the number of mail-processing centers in two years. It would also allow the post office to ship alcoholic beverages, opening up a new revenue stream, and to reduce somewhat the pension prepayments.

Carper says the Postal Service suffers from too much capacity and too many workers, just like the auto industry used to.

"What they've done is they have right-sized their enterprise," he says of the carmakers. He says the Postal Service needs to do the same.

"They don't have the kind of market share that they used to have," he says. "First-class mail volume has continued to drop. That's where they've made their money over the years."

"Our employees do a very good job, and work very hard every day to keep mail moving, keep packages moving, across the country," Donahoe said.

But there are far fewer postal employees than there once were, and under Carper's proposal, there would be fewer still. So the American Postal Workers Union has taken to the airwaves, running an ad urging Congress not to cut employees, but to change the way the Postal Service funds its pension obligations.

The ad says the problem is "a burden no other agency or company bears — a 2006 law that drains $5 billion a year from post office revenue while the Postal Service is forced to overpay billions more into federal accounts."

Bell says the union supports a bill sponsored by Sen. Bernie Sanders, an independent from Vermont, that would end the post office's prefunding requirement but otherwise keep the Postal Service relatively unchanged.

The Senate approved a Postal Service overhaul last year, but the House never acted. Meanwhile, the losses continue to mount.

Carper is optimistic the House will approve its own bill soon, setting the stage for the two chambers to find some middle ground.