Accessibility links
The Changing Story Of Teens And Cars When you're a teenager, there are many things you desperately want to find: friends, fun, a future, freedom. In American Graffiti, the iconic movie about teenagers set in 1962, the kids find all of that just by getting in their cars. But today, teens say they don't see cars the same way. 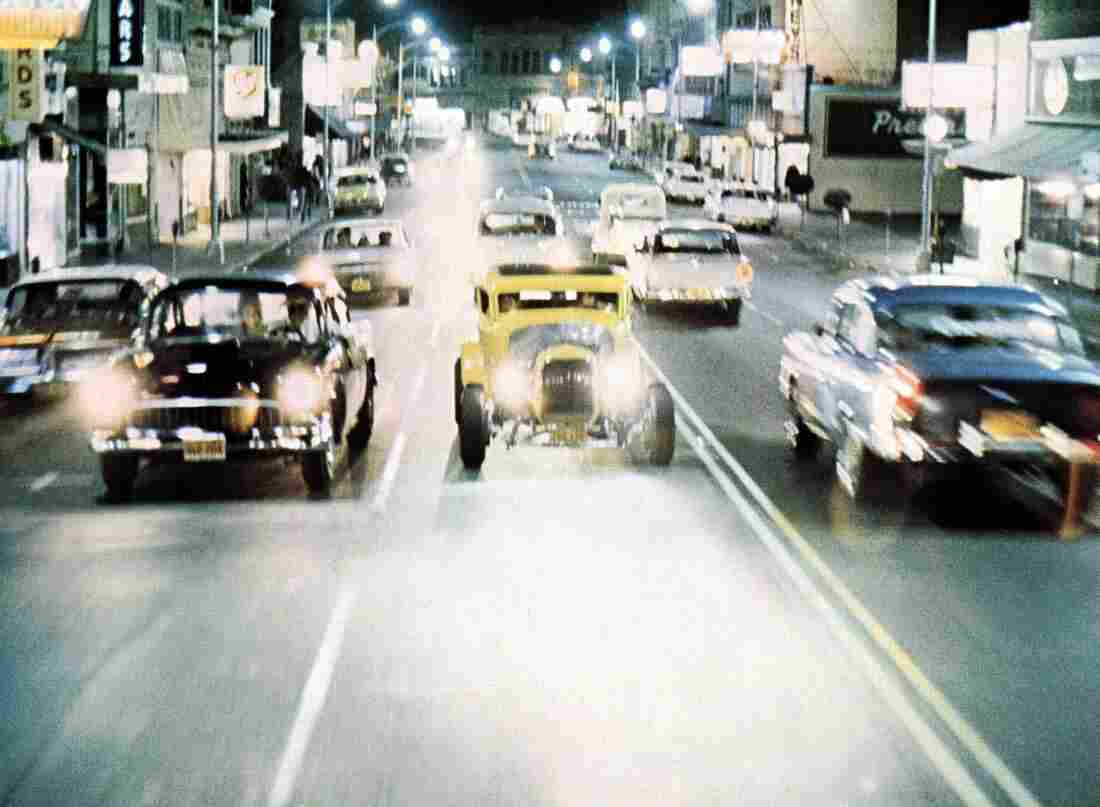 To teens today, cars aren't important in the same way they were in American Graffiti, the 1973 film directed by George Lucas. Lucasfilm/Coppola Co/Universal hide caption 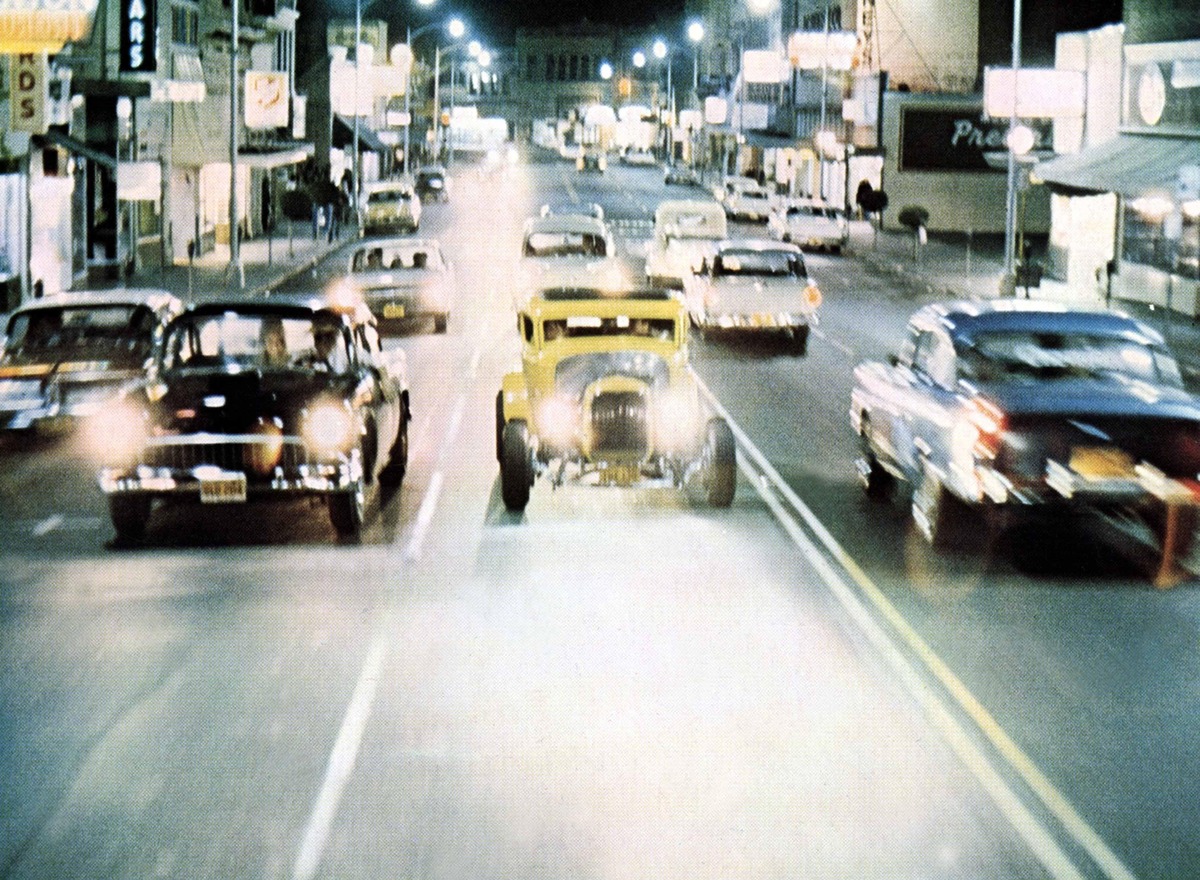 To teens today, cars aren't important in the same way they were in American Graffiti, the 1973 film directed by George Lucas.

This is the first of a series of stories produced in collaboration with Youth Radio on the changing car culture in America.

When you're a teenager, there are many things you desperately want to find: friends, fun, a future, freedom.

In American Graffiti, the iconic movie about teenagers set in 1962, the kids find all of that just by getting in their cars. The teenagers spend a whole lot of time tooling around in their cars — looking, cruising.

But the deep relationship between American teen culture and the automobile depicted in the film has changed. Young people are driving less, getting their licenses later and waiting longer to purchase their first new car.

The movie was set — but not filmed — in Modesto, Calif., and I wanted to see if any part of the city was like the movie. So on a hot Friday and Saturday summer night, I drove around Modesto.

With its downtown and long, wide streets, the city seems a perfect place to cruise. But that's not what's happening.

Celene Murrillo and her friends were among the many teens getting dropped off at the movie. Murrillo is 19, and she doesn't have a driver's license.

"If there was something that was out there forcing me to get out there and actually get my license, I probably would," she says. "But there's, like, your parents, so you have something to depend on — and so maybe that's why."

She says her parents don't mind dropping her off around town — and she doesn't mind it either.

Blanca Correa, 16, doesn't have a driver's license, and she has no immediate plans to get one. "I've never actually thought it was that important," she says.

On Location: Cruising With 'American Graffiti'

Correa says she gets around by asking friends for rides, and if it's important, her parents will give her a lift.

Murrillo and Correa don't see the car as independence. They're not alone.

Buying a car, even a used one, is difficult for teens, who aren't financially independent. But getting a driver's license — that's different. That's kind of a sign of intent. Twenty years ago, two-thirds of kids had a license by age 18, according to AAA; but only about half do now.

But what about young people in their early 20s who tend to have more financial independence? To help answer that, I talked to four young adults: Megan Kurtz, McKenzie Yates, Katie Gilles and Mike Clubb. Of the four, only one owns a car. (Yates is 18; the other three are in their early 20s.)

"I better always have a car, 'cause how else would you get places? I better have a car," Kurtz says.

Clubb says he wishes he could afford a car. "My girlfriend drives me everywhere. That sounds sad, and 20 years ago I'd be considered pathetic, but it's almost normal now to be that way," he says.

Gilles says cruising just to cruise — even in Modesto — is a thing of the past. The young adults say wandering around your town has given way to documenting your life — on Facebook, Twitter and Instagram. Gilles says young people in Modesto definitely drive, but it's with a different purpose.

"They're not likely to just aimlessly go," Gilles says.

"It has to be Instagram-worthy," Clubb adds.

"It has to be worth their popularity," Gilles says. "They have to cross an event off their list."

In modern-day Modesto, cars are vitally important — but not in the same way they were in American Graffiti. They don't represent freedom, individuality, a rite of passage or a way to meet up with friends.