Accessibility links
Mike White On Creating HBO's 'Enlightened' Whistle-Blower On the HBO series Enlightened, a naive corporate executive played by Laura Dern wants to change the world. The series' creator and writer, Mike White, says the show's whistle-blowing plot line was inspired, in part, by his own father's experience. 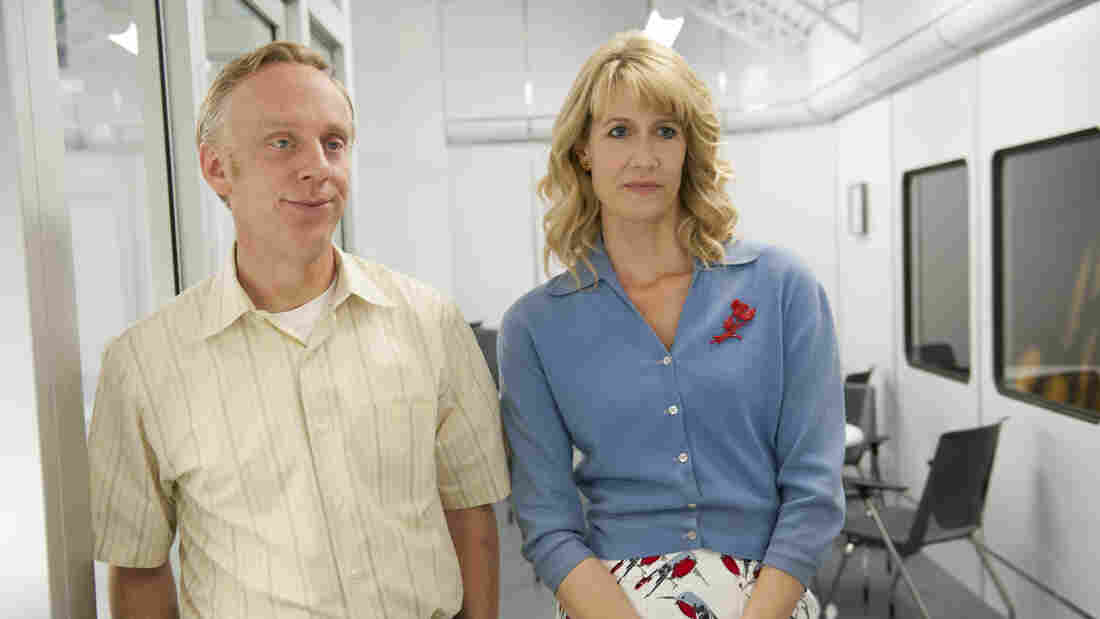 This interview was originally broadcast on March 04, 2013.

The HBO series Enlightened wrapped up its second and final season in March. The show began as the story of a woman — the naive, idealistic, manipulative, determined and sincere Amy Jellicoe, played by Laura Dern — trying to put her life back together in the wake of a breakdown. After spending a couple of months at a New Age recovery center in Hawaii, Amy attempts to apply what she has learned to her life back in the real world of corporate America.

Enlightened's co-creator and writer, Mike White, says the whistle-blower plot was intended to begin much earlier in the show's life.

"The original pitch to HBO was that it would get to that whistle-blower place in the first season," White tells Fresh Air's Terry Gross, "but as I started writing there were kind of nooks and crannies of [Amy's] life I wanted to explore, and I got more interested in the digressions than the overall meta-plot ... and so it became a season two arc instead of season one."

In writing the whistle-blowing plot line, White drew in part from personal experience. His father, who once wrote speeches for right-wing religious figures like Jerry Falwell, became a whistle-blower himself when he came out as gay.

"When he came out, he wanted to, in a sense, make restitution for having participated in the world of right-wing religious extremism," says White, "and feeling like that was really at odds with his own soul. He wanted to become an activist in a sense of trying to explain how this kind of hate speech that he feels is coming out of this religious world has real implications and creates suffering among people, and he wanted to tell these, in a sense, father figures to him how much they are hurting him and the other gay children in the religious world." 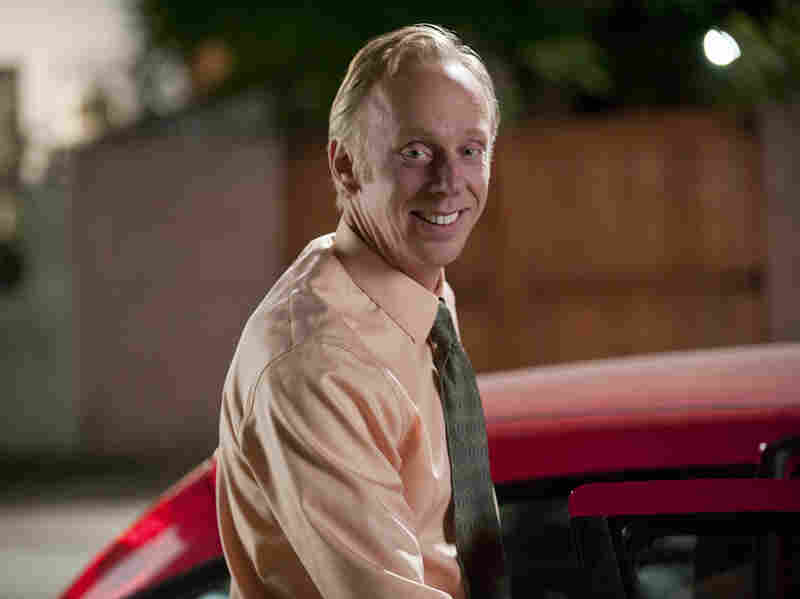 White based much of the story of Enlightened on his own workplace frustration and resulting therapy. The show has just completed its second season on HBO. Lacey Terrell/HBO hide caption 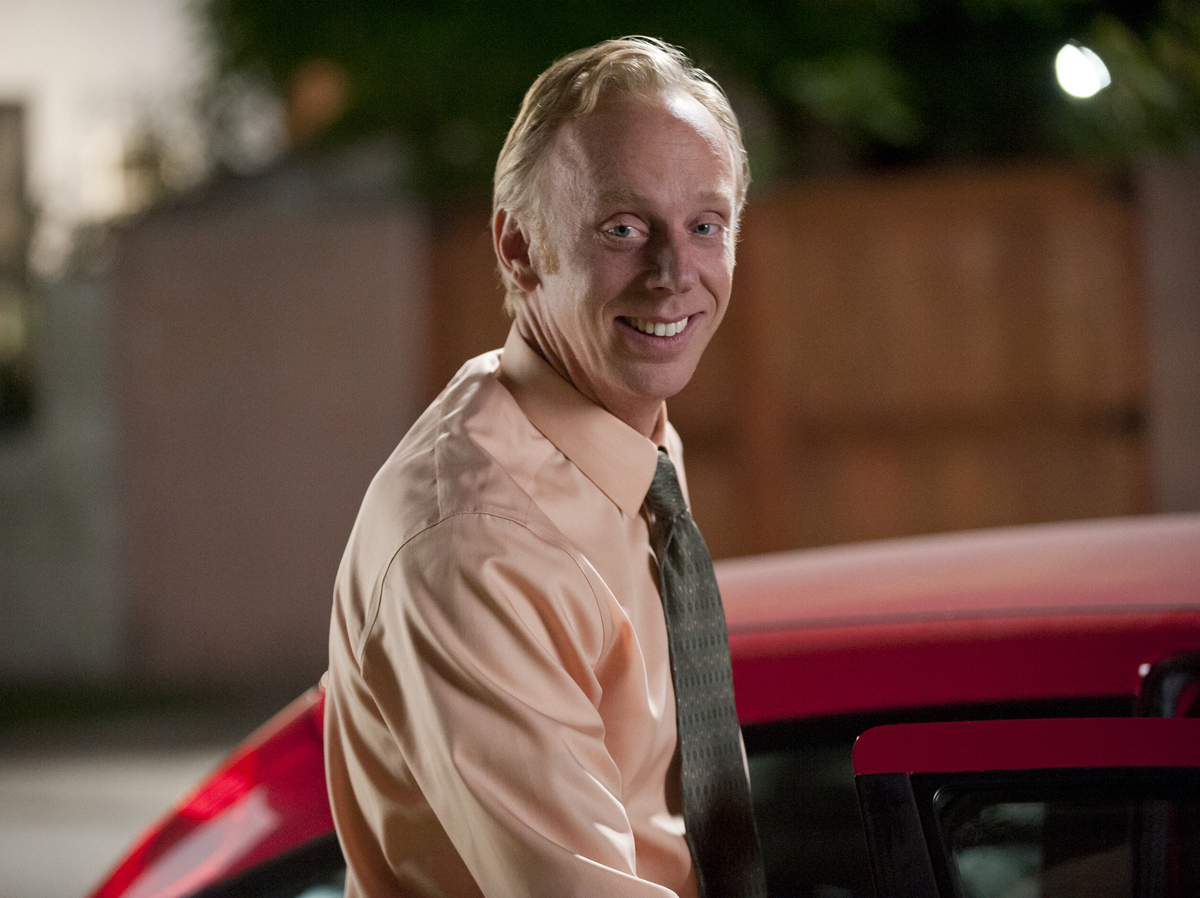 White based much of the story of Enlightened on his own workplace frustration and resulting therapy. The show has just completed its second season on HBO.

On writing the whistle-blowing plot line

"Amy is kind of flying blind, so it's a little bit like the layman's entry into what [whistle-blowing] is. I tried to get some of the more plotty machinations right. Like, 'How would that actually work?' But ... the thing that I like about Amy as a character and why I feel like she's worthy of a show is that she [has] ... a righteous cause, but there is also, you know, somebody who potentially has a Joan of Arc complex or somebody who has a little bit of delusions of grandeur. Somebody wrote online, 'Why doesn't Amy just volunteer at ... some local charity if she wants to feel good?' And it was a funny question because I was like, 'That would never be enough for her.' "

On how he began writing scripts

"My second-grade teacher was [playwright] Sam Shepard's mother. I really loved her, and she was this cool teacher ... and [Shepard] had written that play Buried Child. And I was maybe 8 years old or something, and I wanted her to love me. And so I ... had Buried Child, and of course I didn't understand it really, but I remember walking around with it and looking at the way the words were laid out on the page, and I think that was when I first started writing little dialogue between characters.

"And then, like, I got into Who's Afraid of Virginia Woolf? I remember I was at a record store and I saw a recorded version of Who's Afraid of Virginia Woolf? and — I honestly couldn't have been more than 10 years old — I insisted that my parents buy it, and I recorded it on a tape, and on, like, long drives I would follow along on the script and then listen to the actors say the words. I would perform it with, like, Matchbox cars and stuff. Even when I was little I would write these plays about people having cocktail parties and talking about adulterous affairs ... way more pretentious than anything I write now."

On what he wants to take away from Enlightened

"It's a cliche, it's a New Age cliche, but, 'Be the change you want to see.' It's like, 'How do I create the things I want to see, and how can you make something that is compassionate and potentially can be healing to someone?' Or, you know, they talk about in Buddhism, there's Tonglen practice, which is someone breathing in the suffering of either yourself or others, and breathing out a kind of hopefulness. And you can see art or fiction or whatever being a version of that, where you try to create something that's hopeful, that also recognizes pain and doesn't run from the pain. It actually acknowledges it, because I feel like so much of entertainment right now is about distraction and a bombarding of ... light and noise. ... And whether I've succeeded in that or not, I feel like there is an impulse there. ... I don't want to walk away from what I'm trying to achieve, which is try to make something that is a little bit more contemplative or a little slowed down or a little bit more about how do we live, as opposed to something that's about distracting you from those questions."