Accessibility links
Murder, Secrets And Lies By The Seaside In 'Broadchurch' Guest-host Celeste Headlee speaks with Scottish actor David Tennant about his role as brooding detective in Broadchurch. The moody BBC crime drama follows a mismatched cop duo investigating the murder of a young boy in a British seaside town. 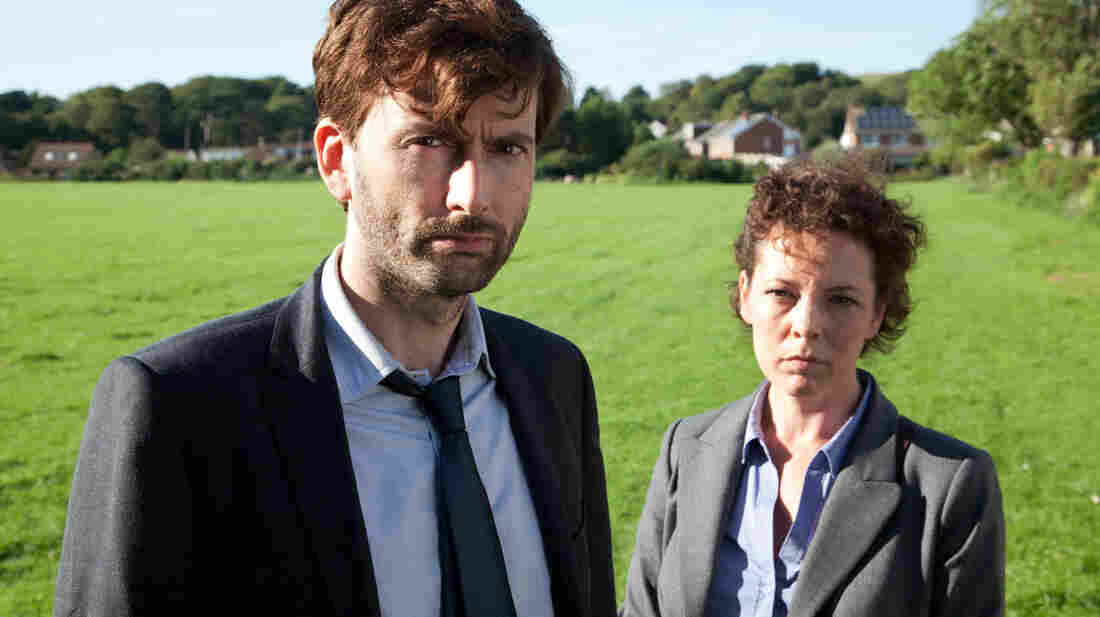 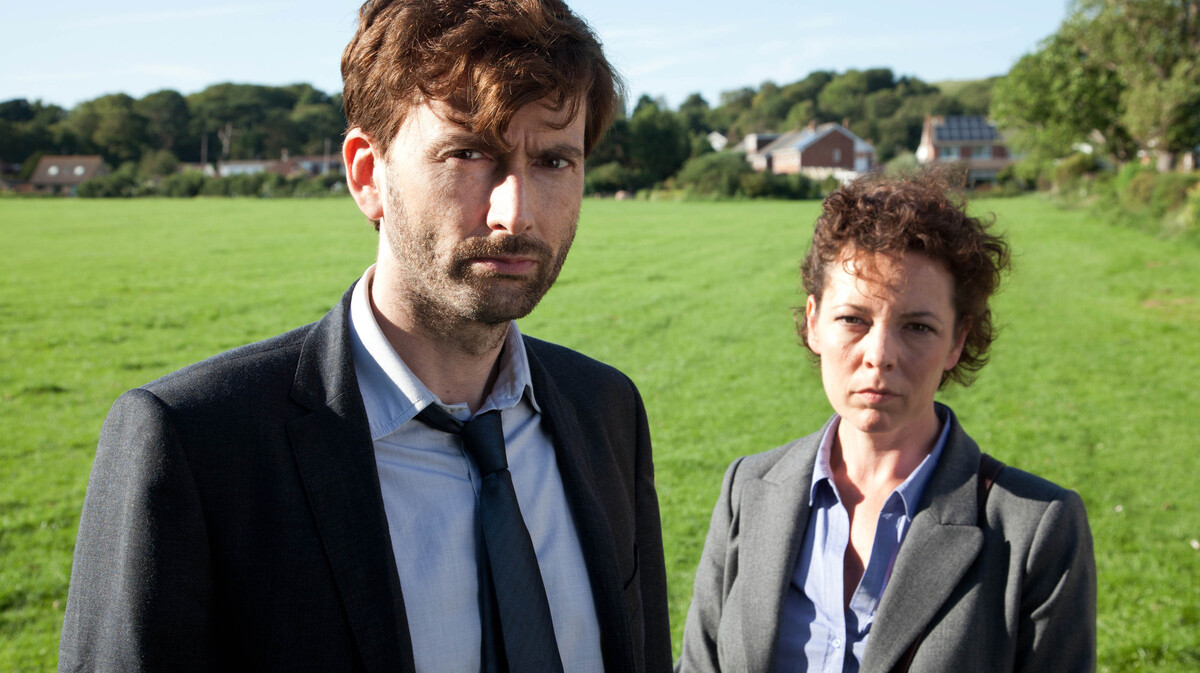 During the opening scene of Broadchurch, a new drama on BBC America, the camera lingers on a sign that reads "Love Thy Neighbour." But it must be pretty hard to 'love thy neighbor' when you know there's a murderer in your midst.

Broadchurch is also the fictional name of the idyllic looking English seaside town where the show is set. From afar, it looks like the perfect vacation spot — but up close the picture is quite different.

The show stars Scottish actor David Tennant — best known to American audiences as the tenth Time Lord on Doctor Who. He plays a broody detective called Alec Hardy, sent to Broadchurch to solve the murder of a young boy.

Broadchurch has many of the markers of a classic crime drama — a bickering, mismatched cop duo at the center, red herrings and secrets galore. "These are the motifs of crime drama," Tennant tells NPR's Celeste Headlee. "They're all very recognizable to us, they're all quite well-worn. But I think what Chris Chibnall, who wrote Broadchurch, so exceptionally manages to do, is five minutes into the show, you're not thinking that anymore, you're just in this beautifully-crafted world ... it all feels fresh-minted."

On the eight-episode, one crime structure of Broadchurch

"It allows you to invest in character. It is the story of who killed Danny, and the uncovering of that mystery, but it's also the story of all the people around that, and it's the story of this community, and it's as much about the emotional impact of that as it is on solving the crime. The story can tease you in certain different directions — and of course it means that the ultimate impact of that final episode is so much more powerful than if the whole thing was wrapped up in 45 minutes."

"I think that's the way television is sort of headed — I mean, the rise of the box set is something that's changed the way we expect television to be, I think, in that audiences now have an appetite for longer forms ... I'm sure that's to do with the fact that you watch television, we can consume television in so many different ways. If we miss an episode because we weren't in on a Wednesday night at 10 o'clock, it's not the end of the world."

"When this first broadcast in Britain, of course, nobody knew, and it did generate quite a storm, actually, it took us all a bit by surprise. It was broken down in all the newspapers, it was talked about on the radio, it became a bit of a national moment. But the fact is, of course, that 100 people who worked on the show did know — the truth was out there, and people, I don't think, wanted to find out. I think people didn't want to have their Christmas present spoiled, if you like.

"Of course, it has broadcast somewhere in the world, and these days that means the facts are out there. And if somebody really wants to go findout whodunnit before they get to episode 8, that's their lookout. But I suspect the audience won't. I think people will want to go on the journey. And even if you do know whodunnit, I don't think that's the whole story ... there's an emotional story as well, which really, you're only going to experience by watching the show."

On the acting life

"I think actors often have a reputation for being ludicrous divas, and for being very self-important. You know, if you break it down, it's quite a silly thing to do. You stand in a field with some camera pointing at you, pretending to be someone else and recite words that somebody wrote in their room several months before. if you look at it objectively, it can feel a bit daft, and it only works if you're all buying into the fiction equally, and you're all suspending your disbelief together. So I think actors, because we sort of take this ludicrous leap of faith together, we tend to be quite a trusting bunch."