Accessibility links
Cook Your Cupboard Korean-American Style Chef Edward Lee has cheesy ideas for olives and says noodles are best served cold. Wondering what to do with those surplus Korean spices? Lee's got you covered.

This is an installment of NPR's Cook Your Cupboard, an ongoing food series about working with what you have on hand. Have a food that has you stumped? Share a photo and we'll ask chefs about our favorites. The current submission category: Freezer Finds! 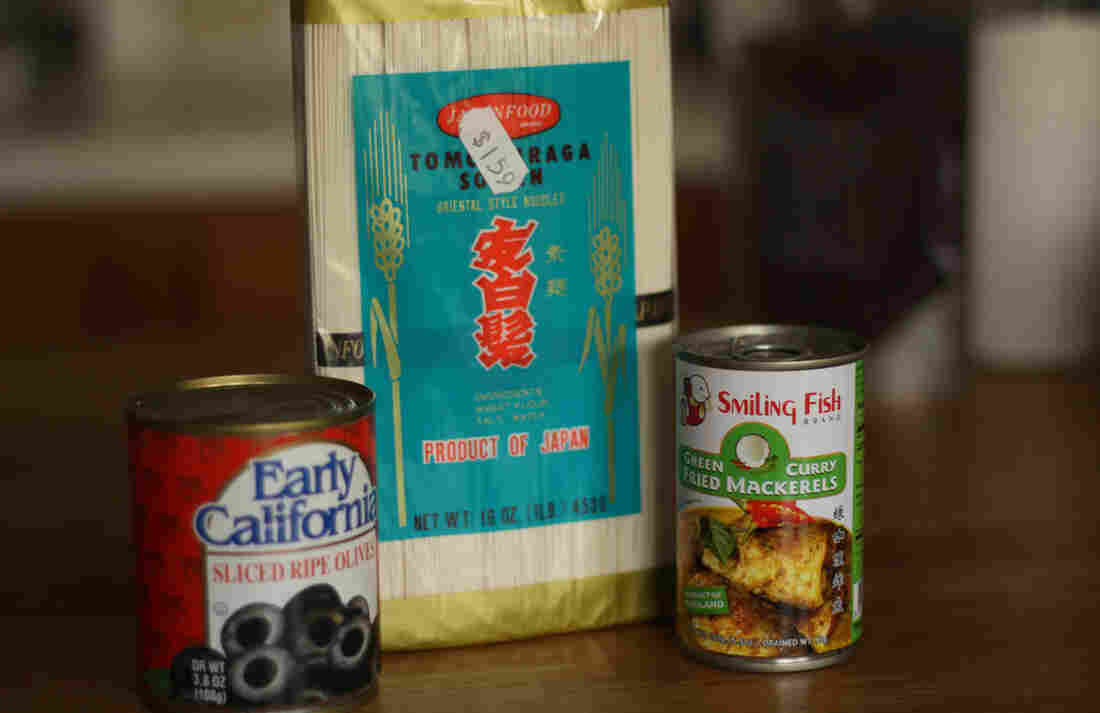 What to do with a can of olives, noodles and Korean spices? David Hobson hide caption 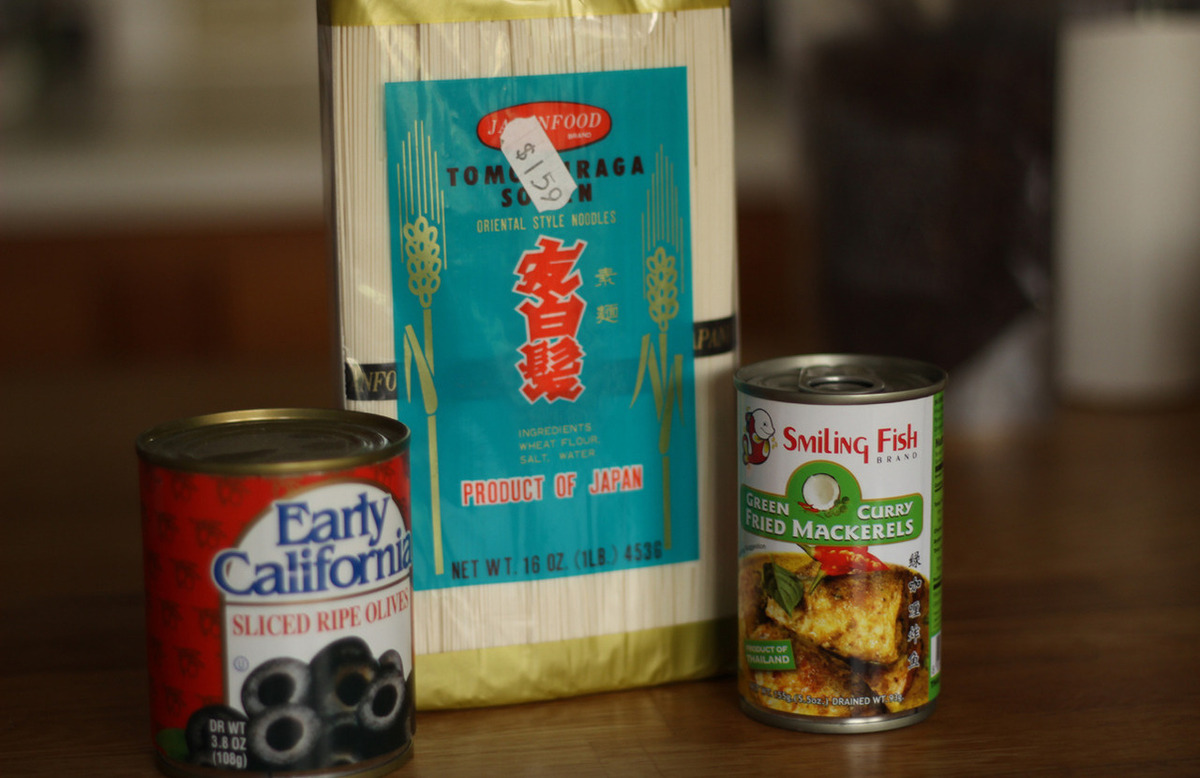 What to do with a can of olives, noodles and Korean spices?

Korean-American chef Edward Lee gives suggestions for how to use canned olives and noodles — ingredients that have eluded David Hobson of Frisco, Texas. Hobson submitted his dilemma to Cook Your Cupboard. Lee wouldn't touch Hobson's third find, canned mackerels, but he does give a tip on how to use Korean spices. 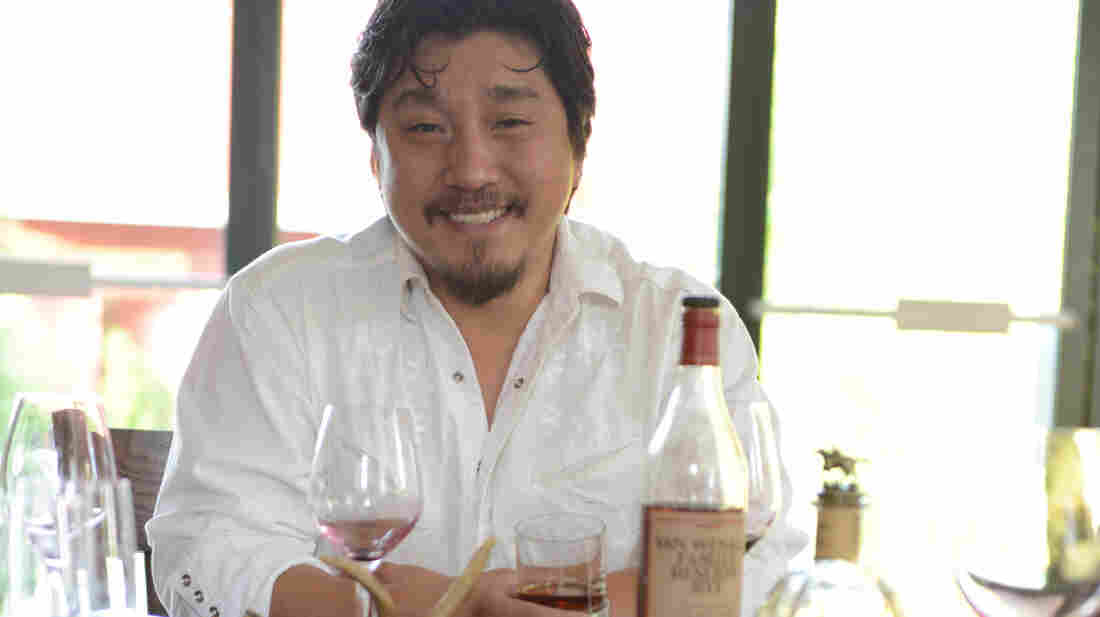 On his website, chef Edward Lee is described as "one part Southern soul, one part Asian spice, and one part New York attitude." Courtesy of Dan Dry hide caption 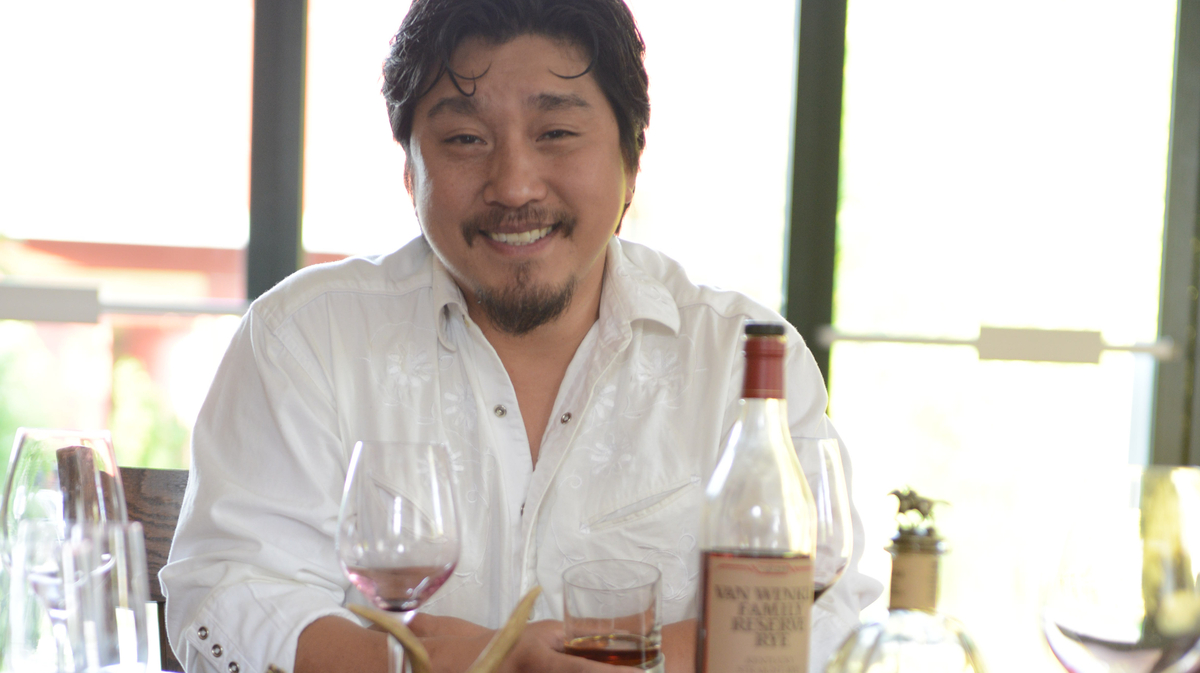 On his website, chef Edward Lee is described as "one part Southern soul, one part Asian spice, and one part New York attitude."

Hobson once bought a can of chopped olives, he says, thinking he might someday incorporate them into a dish — to no avail.

Lee suggests making a dip by pairing the olives with ricotta cheese.

Pulse the olives and the ricotta in a blender and add some other herbs — like dill, parsley or chives — or add roasted red peppers until you get a chunky, textured dip.

If it needs a little bit more salt, just add some of the juice that came with the olives and pulse again until it's well-mixed.

Serve it with Melba toast, crostini or vegetables.

Hobson seems to have no idea where they came from — nor where they should go.

Make a refreshing summer entree by soaking the noodles in cold water first, then blanching until soft.

Then put them back into ice water and serve cold. 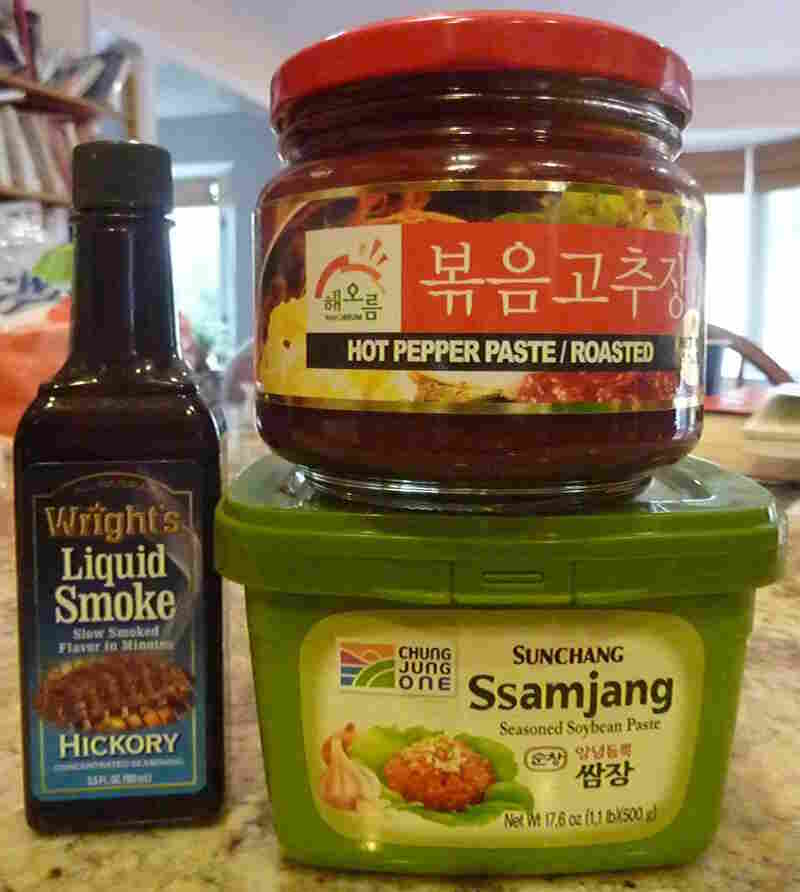 You can always make a pad thai sauce by mixing peanut butter, coconut milk, spices and fish sauce together and adding the mix to the noodles.

The Fix: Actually, Lee passed on this one, but did have some ideas for another submission: some surplus Korean spices posted by Rachel Rottersman.

Korean spice blends can also be used in dips or seasoning for meat.

Roasted-hot-pepper paste can be mixed with any sort of vinegar at a 2-to-1 ratio — with a bit of lemon juice, sugar and sesame oil — to make a fantastic sauce for hamburgers, noodles and anything else.

He recommends miso-smothered chicken: Pan-fry some chicken, mix in a big, thick spoonful of soy bean paste, some chicken stock and butter until it smoothes out to a gravy consistency.

Previously On Cook Your Cupboard

Cook Your Cupboard: Chowchow Down With Jacques Pepin