Accessibility links
'Books On Bikes' Helps Seattle Librarians Pedal To The Masses Imagine a library small enough to be towed by a bicycle; on that bike is a librarian who can check your books out, answer research questions and even issue a library card. The Seattle Public Library is experimenting with a program that does just that. 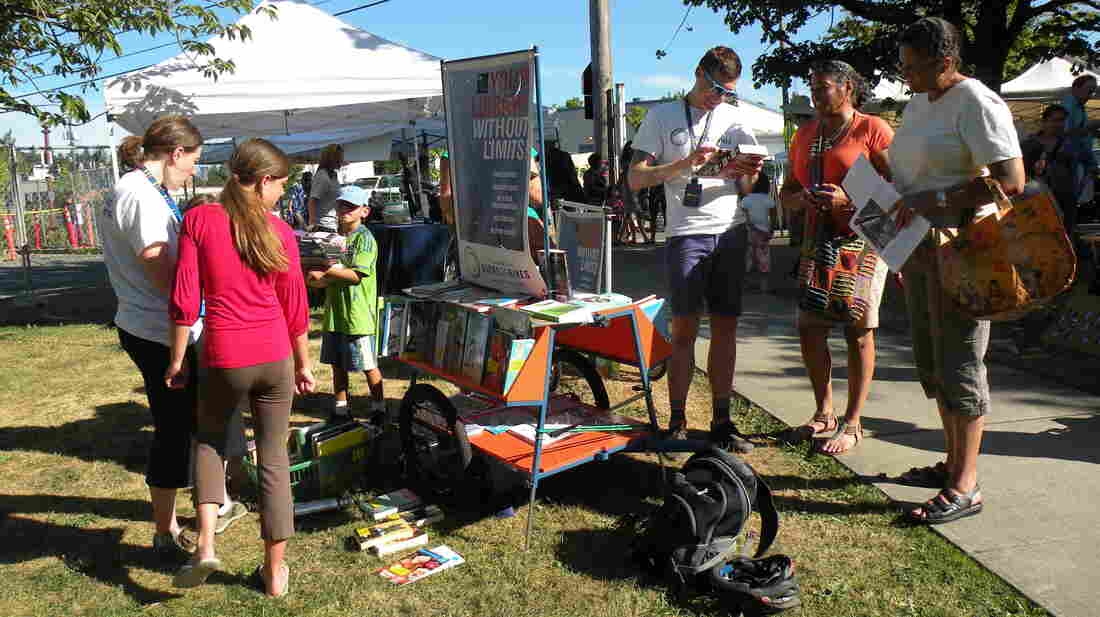 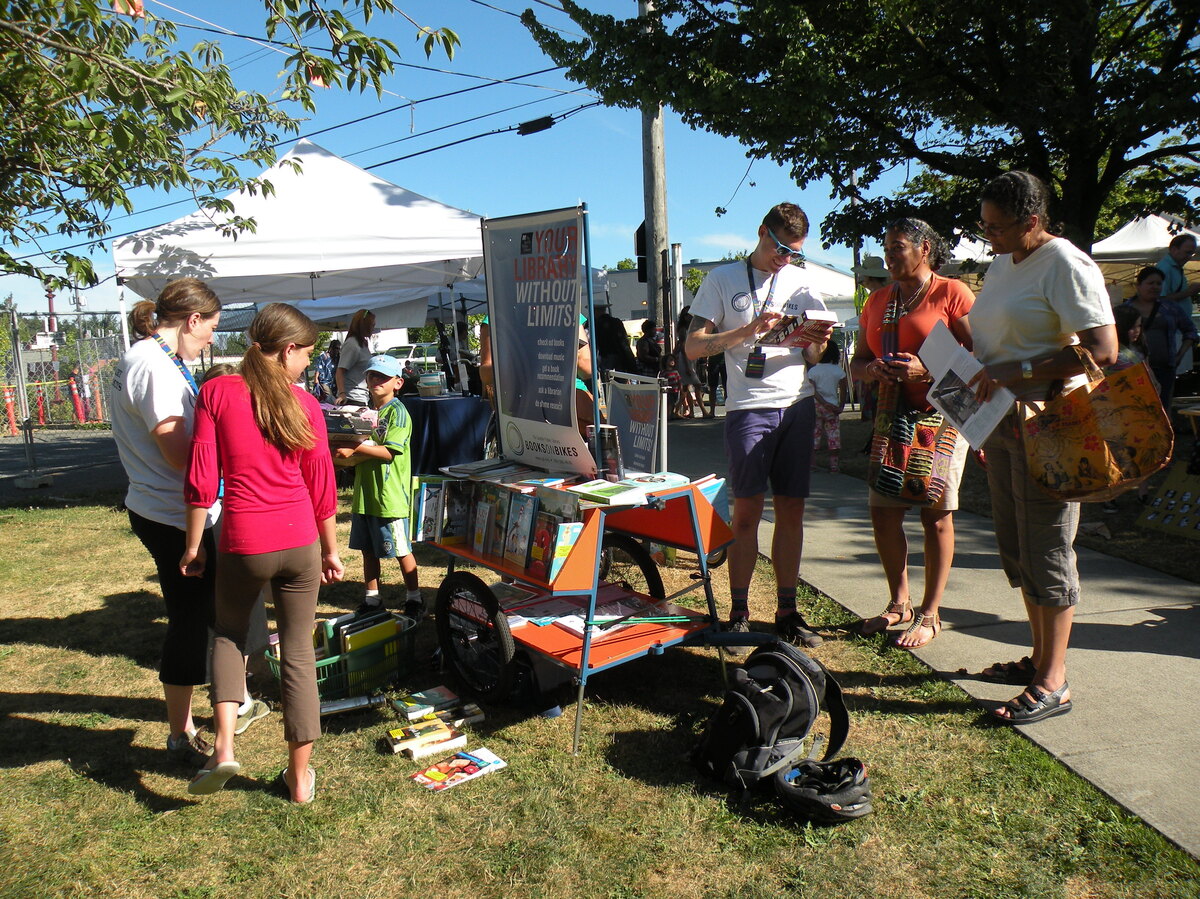 By the loading dock of Seattle's downtown library, librarian Jared Mills checks his tire pressure, secures his iPads and locks down about 100 books to an aluminum trailer the size of a steamer trunk. The scene is reminiscent of something you'd see in an action movie, when the hero is gearing up for a big fight, but Mills is gearing up for something very different.

"If you're not prepared and don't have a lot of experience hauling a trailer, it can be kind of dangerous," Mills says, especially when you're going downhill. "The trailer can hold up to 500 pounds."

Mills is part of Seattle Public Library's "Books on Bikes" program, which aims to keep the library nimble and relevant by sending librarians and their bicycles to popular community events around Seattle.

Randonneurs Are In It For The Ride, Not The Race

After a hilly, 5-mile bike ride to a local farmers market, Mills sets up shop among the fruit and vegetable booths. The bright orange trailer is custom-made with bookshelves and an umbrella holder (it is Seattle, after all).

Malena Harrang is visiting the market with a friend. She says Mills' book station is "like [a] carbon-neutral library on wheels — doesn't get better than that."

Harrang and her friend are in their early 20s, precisely the crowd Mills is trying to attract.

"It's a really great way to tap into communities that feel they're not being served," he says, "and also, you know, a lot of millennials that traditionally may not be coming into our branches."

And while he could have packed all his books into a car, Mills says wanted to appeal to Seattle's bike culture.

"This is like the upgrade of the bookmobile," says Susan Clements, who's visiting the market with Barbara Clements. Both say they're drawn to edgier fiction, but Susan doesn't have a library card.

Mills taps around on his iPad, and moments later Susan is officially a library patron.

"It's just nice to have books in circulation, easy to get to," Barbara says. "It's not a special thing, it's just like, hey, here's part of your day, like your lettuce or your ice cream."

Books on Bikes is just a pilot project, but Mills hopes that someday it will be a more permanent part of what librarians do.

"Sometimes you're answering reference questions in the building and sometimes you're on a bike," he says. "I would like to be part of ushering in this new era of librarianship that's just a lot more mobile and agile and really responsive to the community and the needs."

One thing Mills won't do, though, is take book returns — he'd rather not lug them back up the hill.