Accessibility links
These Dioramas Are To Die For Using figures that were made for miniature train sets, a former Las Vegas crime reporter is finding big success creating and selling tiny imaginary crime scenes. Abigail Goldman's macabre, and sometimes funny, "Die-O-Ramas" are selling out before she's even completed them.

Goldman takes the fake grass, dirt and tiny plastic people used in model railroad layouts, and turns them into imaginary crime scenes. She's been making the macabre art for four years, and it's become so popular there's a waiting list for her work.

From across the room at the Trifecta Gallery in downtown Las Vegas, the little scenes under clear plastic cubes beg to be looked at. When you step up close, your reaction is likely to be: "Oh."

Some of the scenes are simple mysteries. Some are macabre jokes.

"In this one," Goldman says, pointing to a work entitled Atkins Diet, "you have people eating a nice picnic lunch. But if you look closely, they're eating legs and arms and a head."

"These are supposed to be haunting and humorous simultaneously," she says. "And I think they're supposed to sort of sendup real violence."

Her fascination with crime scenes drove Goldman to work as crime reporter at the Las Vegas Sun. The paper had layoffs, though, so she's now an investigator for the federal public defender. All her ideas for the dioramas come from her imagination. She never recreates real crimes. Those are tragedies, she says, not to be made fun of.

Goldman made the first "Die-O-Rama" as a family joke after seeing an elaborate model railroad setup. 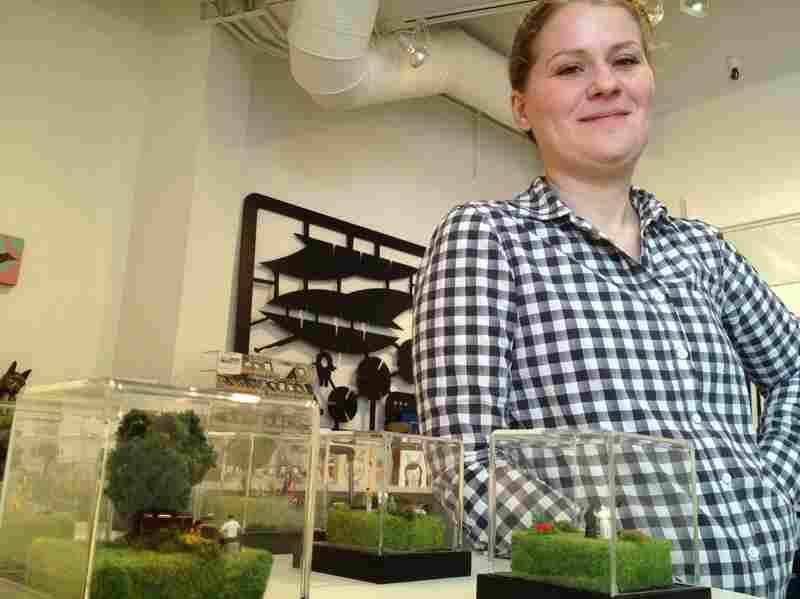 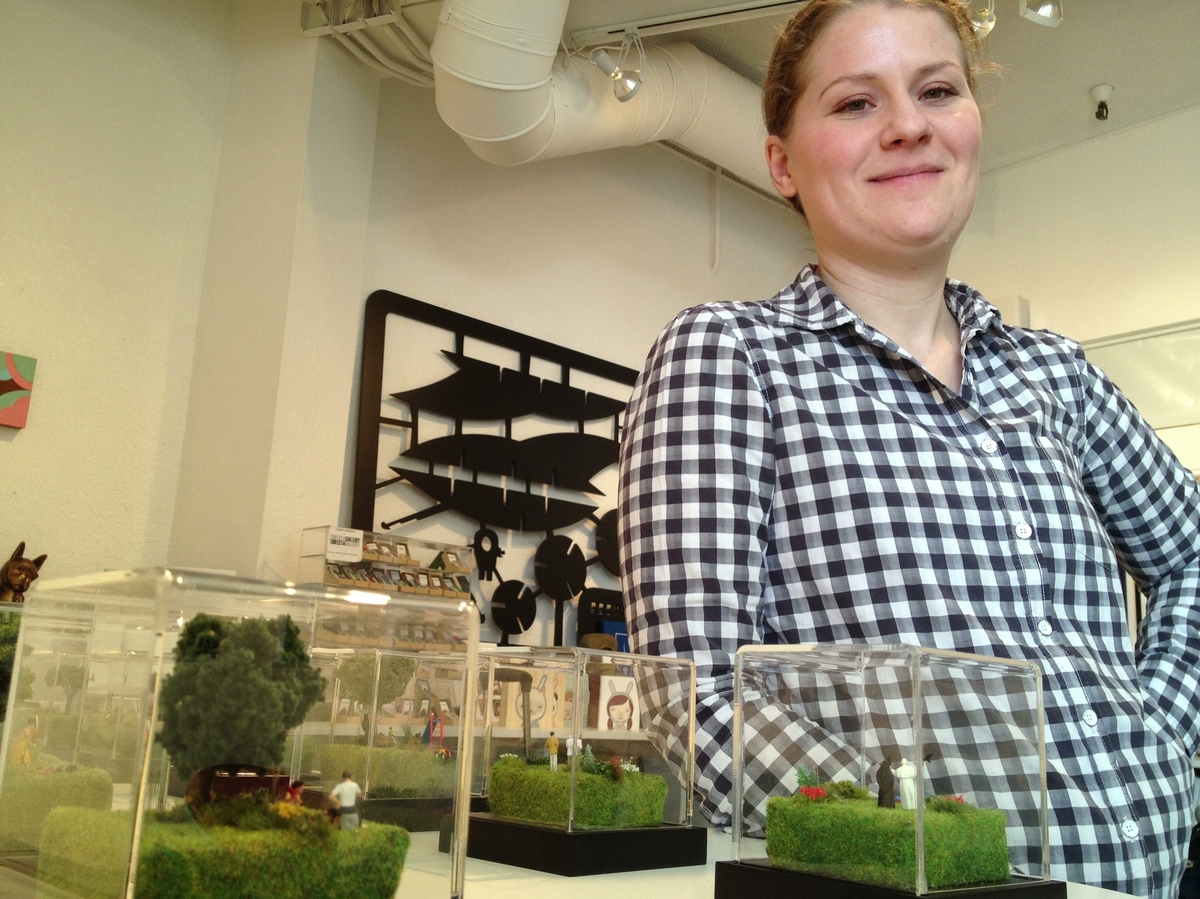 "And I thought, 'Oh, if I could get these little people, I could make something like that. And if I made something really creepy, I could get a rise out of my husband,' " she says.

Her husband liked it so much, he put a photo of it on Reddit. Within a week, Goldman says the photo got 6 million hits. Next came requests from friends and strangers. The dioramas became a hobby.

Brooklyn, N.Y., restaurant owner Chance Johnston walked into the gallery while visiting Las Vegas. Now he has three of Goldman's works in his loft. He doesn't consider himself a morbid person — he just finds the dioramas fascinating, and says he loves watching his friends' reactions to them.

"They really do make me happy," he says. "And everybody that sees them, it is a sort of a love 'em or hate 'em reaction."

Goldman gets request for commissions. But she usually declines. She likes to do what she wants.

"I can't make someone's mother-in-law, despite the request," she says. "I can't recreate some, like, miserable scene from your high school days that you wanted to go a different way."

Goldman admits her dioramas can be seen as comments on society's fetish for violence. But she says most people react to the tiny fake blood and body parts with laughter. Even if it's nervous laughter.