Accessibility links
Lottery Winner Stays Grounded After $220 Million Jackpot Brad Duke won $220 million in the lottery in 2005. Duke talks about the moment he realized he'd won, and how his life changed after winning. 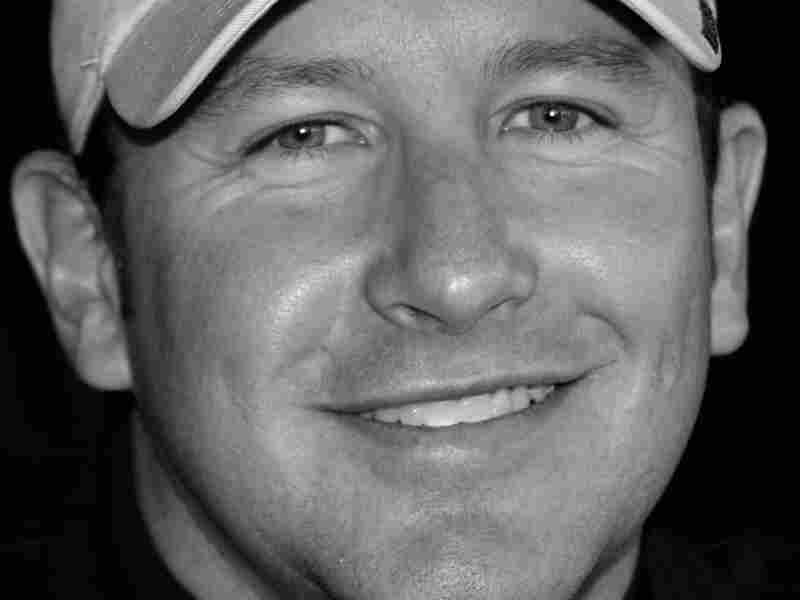 Lottery winner Brad Duke says he's always been fascinated by the lottery, and even thought he won once before, when he was 18. Davies Moore/ hide caption 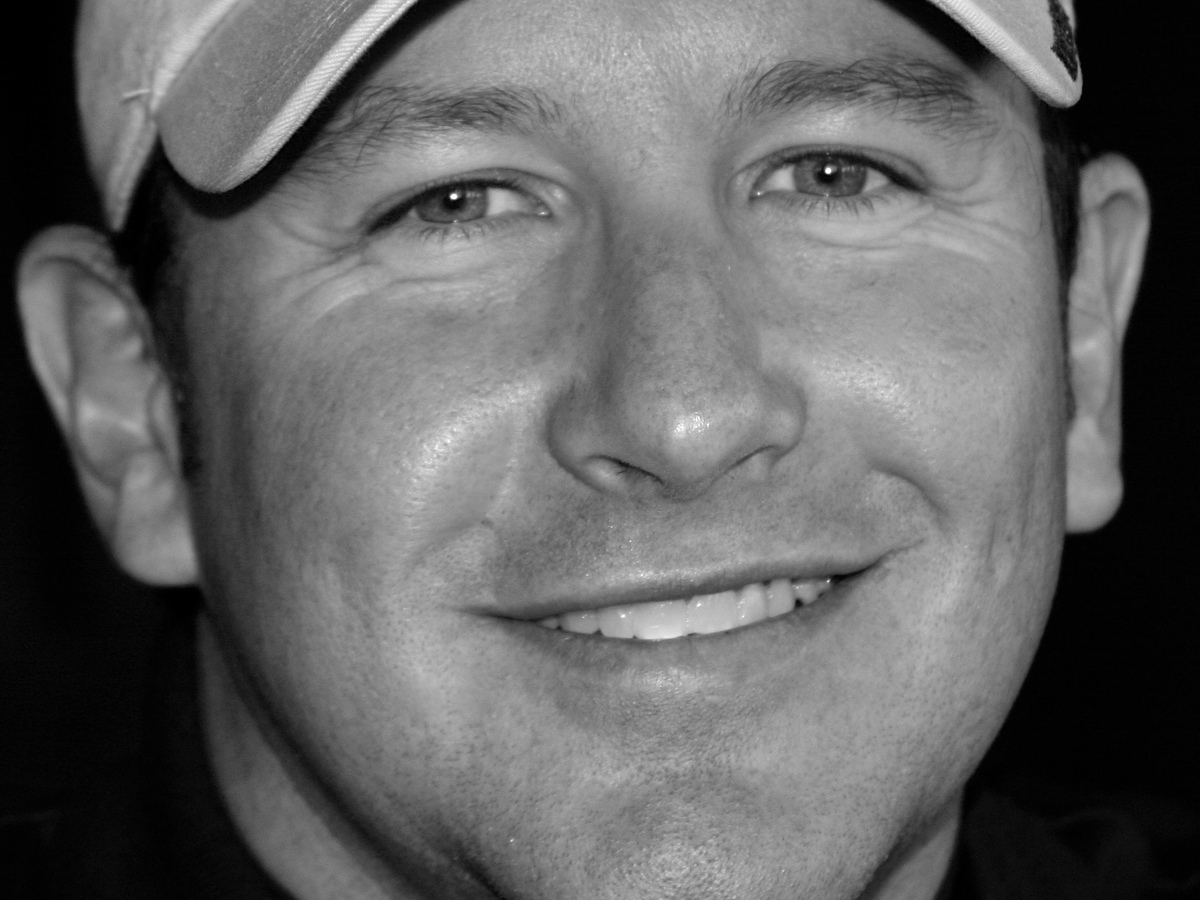 Lottery winner Brad Duke says he's always been fascinated by the lottery, and even thought he won once before, when he was 18.

In 2005, Brad Duke of Star, Idaho, hit a huge jackpot: $220 million in the Powerball lottery. It took a couple days, even a couple of weeks, for the magnitude of his win to hit. He didn't tell anyone, and went about his daily routines while he tried to figure out what he wanted to do next.

As a regular lottery player, Duke had let himself fantasize about what it might be like to win thousands of dollars someday. As a cyclist, he'd always daydreamed about owning a high-end road bike and a high-end mountain bike, which his actual windfall would certainly cover.

I took the ticket in, let the gals behind the counter run the ticket through, and the machine made a bunch of weird noises and they started jumping up and down and jumping in circles. And I was trying to actually pluck the ticket out of their hand because my first instinct was just to kind of get out of there.

But Duke didn't go on a spending spree. "I stayed in my house, I drove a used car for up to three years afterwards," he tells NPR's Rachel Martin. "The more I started to fantasize about what I could do with the money, the more I felt like I should try to keep my feet on the ground and change as little as I could."

If you won the lottery, how do you think it would change you? Tell us on Weekend Edition's Facebook page.

BRAD DUKE: I had the ticket in a visor of a rental car at the time, and I had to stop and get fuel. I thought it would be a good time to check the tickets. So, I took the ticket in, let the gals behind the counter run the ticket through. And she made a bunch of weird noises and they started jumping up and down and jumping in circles, and I was trying to actually pluck the ticket out of their hand 'cause my first instinct was just to kind of get out of there.

This is Brad Duke, an exercise instructor from Star, Idaho. Duke won a $220 million Powerball jackpot in 2005. And as you might expect, life changed. Winning the lottery forced him to reevaluate his priorities, his expectations, even some relationships. We began by talking about the day he went out and bought that particular lottery ticket. Brad Duke is our Sunday Conversation.

MARTIN: So, that's day one and it's confirmed that you win. What happens a couple of days later when you wake up and the reality of this really starts to sink in?

DUKE: You know, it didn't sink in for a couple of days, you know, probably a couple of weeks. I knew the first thing that I wanted to do was decide what I wanted to do with the money and where I wanted to go with this whole thing. So I didn't tell anybody. I kept working. I continued with my daily routines. I made one phone call to my father and I told him - it's a funny story - I said, dad, sit down and prepare for some life-changing news. And he says, oh, you're getting married. And I said nope. And he goes, well, then you're the guy that won the lottery.

DUKE: Yeah, true story, absolutely true story. And I said yeah. And he goes far out. I'll be right down. So, you know, he came down and over the course of that couple of weeks, we kind of talked about what to do. I kept it under wraps for close to four or five weeks.

MARTIN: Wow. Wasn't that hard? I mean, didn't you kind of just want to tell everyone?

DUKE: Oh, it was fun. Oh, it was fun. It was fun fantasizing about being the guy and then realizing that you're the guy and you have the reality-fantasy combination starting to come together. Turned out it was really important that I did do that because that did give me time to put together a team of people around me that were going to help me do what I wanted to do.

MARTIN: Yeah. Who were they? What did you need them to do for you?

DUKE: Well, in the process of setting goals, I wanted to grow the wealth, so obviously needed to have a really good tax attorney and a corporate business attorney. I knew that we were going to do some publicity to try and generate more opportunity, so I needed a publicist and a banker. And I still have that same team around me today.

MARTIN: So, you said you had done some daydreaming. You let yourself kind of fantasize about what it would be like to win $10,000, 20,000. What did those dreams look like and then how did they change when all of the sudden you were handed a check for millions of dollars?

DUKE: Yeah. And that really was the first thing that I did. I didn't spend money. I stayed in my house, drove a used car for, you know, up to three years afterwards. The more I started to fantasize about what I could do with the money, the more I felt like I should try and keep my feet on the ground and change as little as I could.

MARTIN: Why did that occur to you?

DUKE: You know, I'm not sure. I'm a goal-oriented person. One of the goals that I had put out there for myself after this was try and make the most of this opportunity and not squander the gift that's been given to me and try to grow it something I can leave behind, leave a legacy behind. And once I started to believe in that goal that I set for myself, kind of dictated some of my decisions.

MARTIN: So, did you quit your job?

DUKE: I did not. I continued on as long as I could. It was crazy. Everybody had the greatest ideas since sliced bread. I got proposals for time machines, flying cars, and eventually I had to quit 'cause it was disrupting the business. I continued to stay on and teach my morning spin class for about two and a half years after.

MARTIN: Did anyone in your life start treating you differently?

DUKE: Oh sure, yeah. Yeah, there's definitely a preconceived notion, whether it's good or bad, and that does change your surroundings. And, you know, for sure, when something like that amplifies everything around you.

MARTIN: Did you have to end any relationships because how your life changed with this money?

DUKE: You know, I'm pretty fortunate that way. I never had a serious casualty like that where I've had to end a relationship. I had some dating trouble, but that was expected.

MARTIN: You think it would be a boom for your dating life?

DUKE: Yeah, too much of a boom. But as far as loved ones and people that were in my life at the time, I have been pretty fortunate.

MARTIN: There has been, as you probably know, some terribly tragic stories over the years of lottery winners who kind of detached from reality and lose their friends, go bankrupt. How did you avoid all of that and what is your advice for future lottery winners?

DUKE: I knew the statistics. I knew six out of 10 people that won 10 million or less were bankrupt in less than five years. You know, so I knew the statistic and that's one thing that I really wanted to not become. You know, the biggest piece of advice I can give somebody that gets put into that, you really have to define what's important to you, and develop a plan around it and then get people to help you do what you're not so good at doing as part of that plan.

MARTIN: You still have that mountain bike that you bought?

DUKE: Yeah. I have that mountain bike plus about another 10.

MARTIN: Good for you. Brad Duke. He won $220 million in a Powerball lottery eight years ago. Brad, thanks so much for talking with us.

MARTIN: You're listening to NPR News.