Accessibility links
Particle Physicists Want A New Collider To Study The Higgs High-energy physicists are still riding high from last year's discovery of the Higgs particle, a major finding decades in the making. Now they want a big new machine to study the Higgs, but budget cuts and the high costs of building a new particle accelerator mean the world can afford only one. 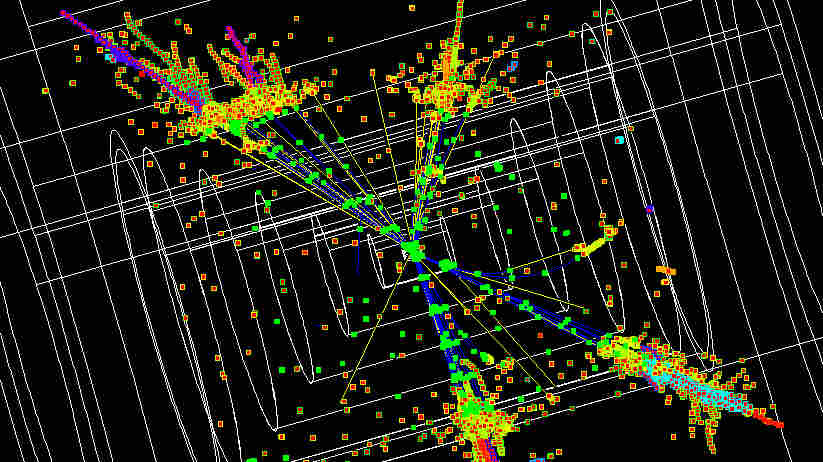 This simulated image shows what information about a Higgs particle would look like in the proposed International Linear Collider. Norman Graf/interactions.org hide caption

"It's a very curious time in high-energy physics," says Michael Peskin, a researcher at SLAC National Accelerator Laboratory in California. On the one hand, researchers have just made the most significant discovery in decades: In July of last year, they announced they had found the Higgs particle at a collider in Switzerland. The Higgs is part of the mechanism that gives mass to everything. It is so fundamental that without it, we wouldn't exist.

But at a time of intellectual highs, researchers are facing an economic low. Research funding is being squeezed by the economic crisis. The United States' main particle accelerator, the Tevatron, shut down in 2011.

Earlier this month, hundreds of high-energy physicists gathered in Minneapolis to discuss the future of their field. "Somehow we have to figure out how to put our dreams together with the reality," he says. 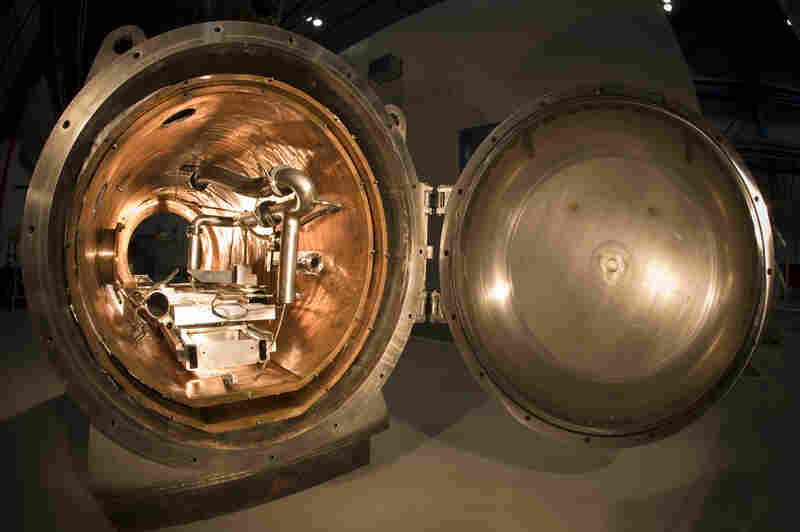 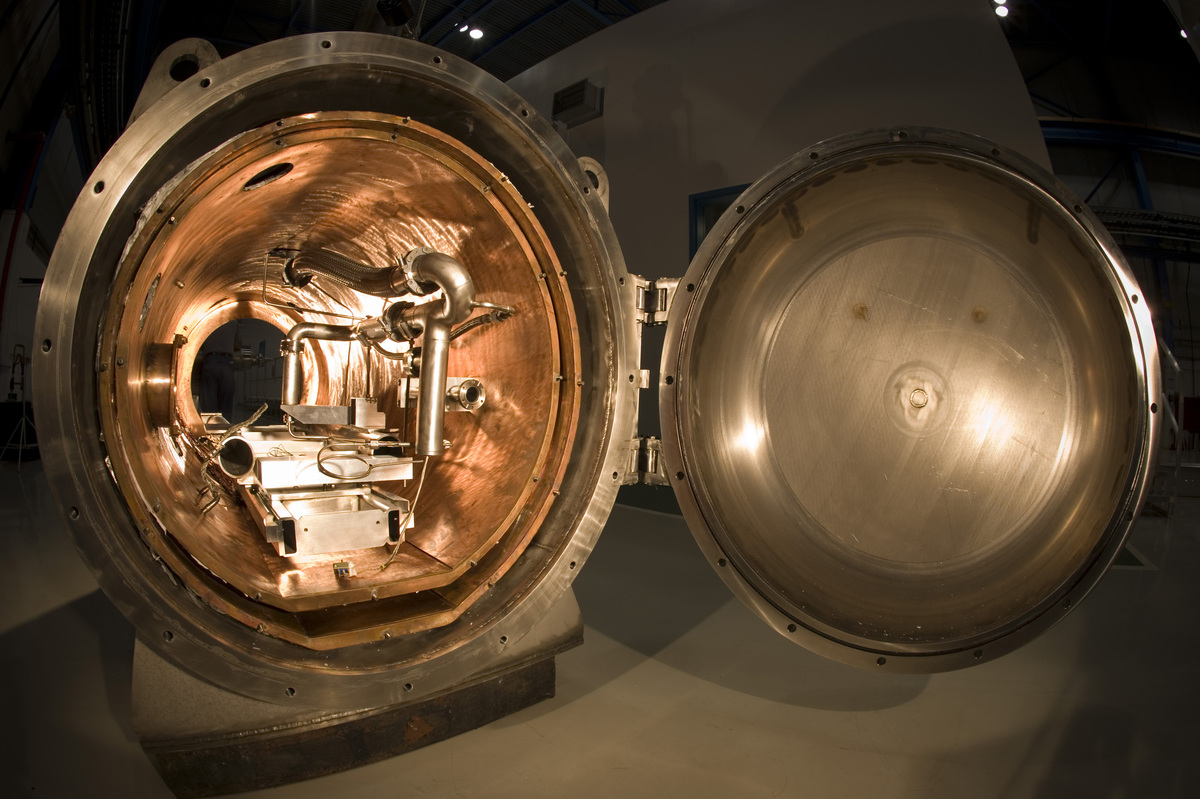 A cryostat for the proposed linear collider, seen at Fermilab in 2006.

High on the agenda is a new collider to study the newly found Higgs particle. The Higgs was discovered at the Large Hadron Collider, a 17-mile underground ring that smashes protons together with an incredible amount of energy. The LHC is the perfect machine for finding the Higgs because when protons crash into each other, they create sprays of different particles, including the elusive Higgs.

But to study the Higgs in depth — and to produce only Higgs — researchers need to smash electrons and anti-electrons together, and this can only happen inside a new kind of collider.

That machine is expected to cost $8 billion, which means there can only be one. "What you want to do is have all nations contribute to a single project," Peskin says.

At the moment, that global project is likely to be built not in the U.S., but in Japan. The Japanese government is looking at the collider as part of a broader economic stimulus package, according to Lyn Evans, who heads the Linear Collider Collaboration, the global group that designed this new machine. But Evans says they won't build it if other countries don't pitch in.

"The problem is going to be convincing the U.S. government that they can find a pot of money in order to support this Japanese initiative," he says.

Evans has an economic argument: U.S. laboratories and high-tech manufacturers will supply parts to the machine. "The reality is that money will not flow to Japan. In fact, pieces of the machine will be built in Europe, in the U.S., and then installed in Japan," he says.

And it's not just about hardware. People are at the heart of these projects, says Chip Brock, a researcher at Michigan State University. And about half of his students take the skills they learn to other parts of the economy. "They've gone into finance; they've gone into teaching; they've gone into manufacturing of one sort or another," he says.

Researchers will likely endorse the Linear Collider project, but they're also hoping to keep America on the cutting edge with a facility of its own. At Fermilab, which once housed the Tevatron accelerator, researchers are developing an experiment to study neutrinos, the elusive subatomic particles that are nearly undetectable. Balancing investment in the domestic neutrino program with the international collider project will be tough.

Once they've agreed on the way forward, it will be up to the research community to convince politicians and the public. The economic arguments are there, researchers say, but at the end of the day, Peskin says the best argument may just be the fact that there's so much more to learn. "There's a huge amount we don't know about the universe," he says.