Accessibility links
Pent-Up Demand Is Boosting Home Sales, But Can It Last? Millions of Americans have been living with relatives or renting, trying to ride out the Great Recession and the slow recovery. Those people may be now itching to buy homes before interest rates go up further. But some experts point to negative factors that could hold back a housing boom. 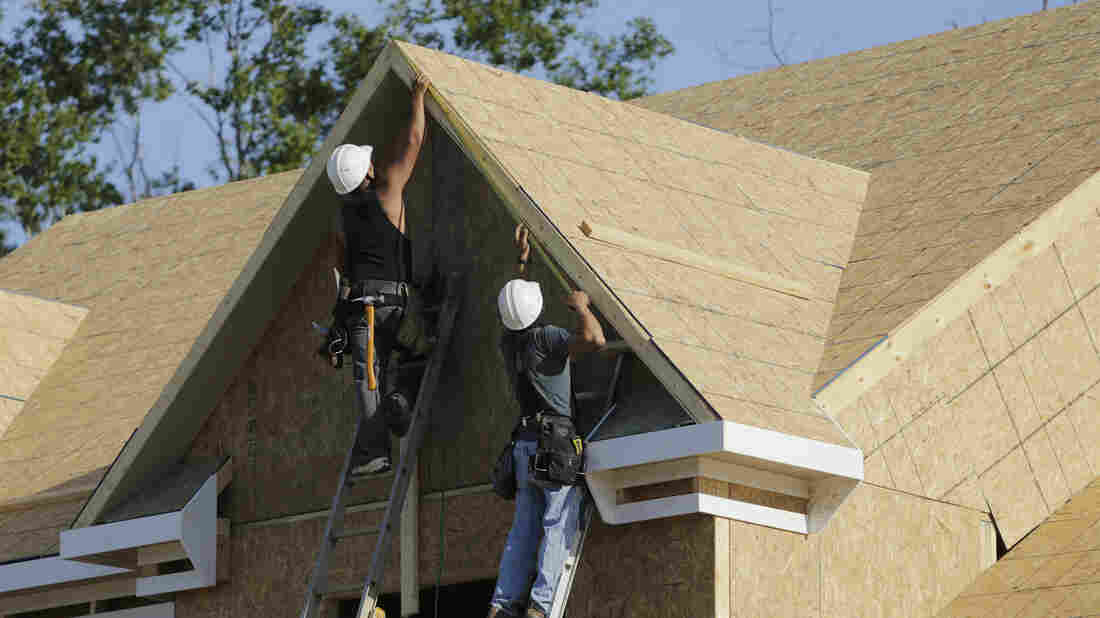 Carpenters work on a housing site in Brandywine, Md., on May 31. Pent-up demand for homes could create jobs and help the struggling U.S. economy. Gary Cameron/Reuters/Landov hide caption 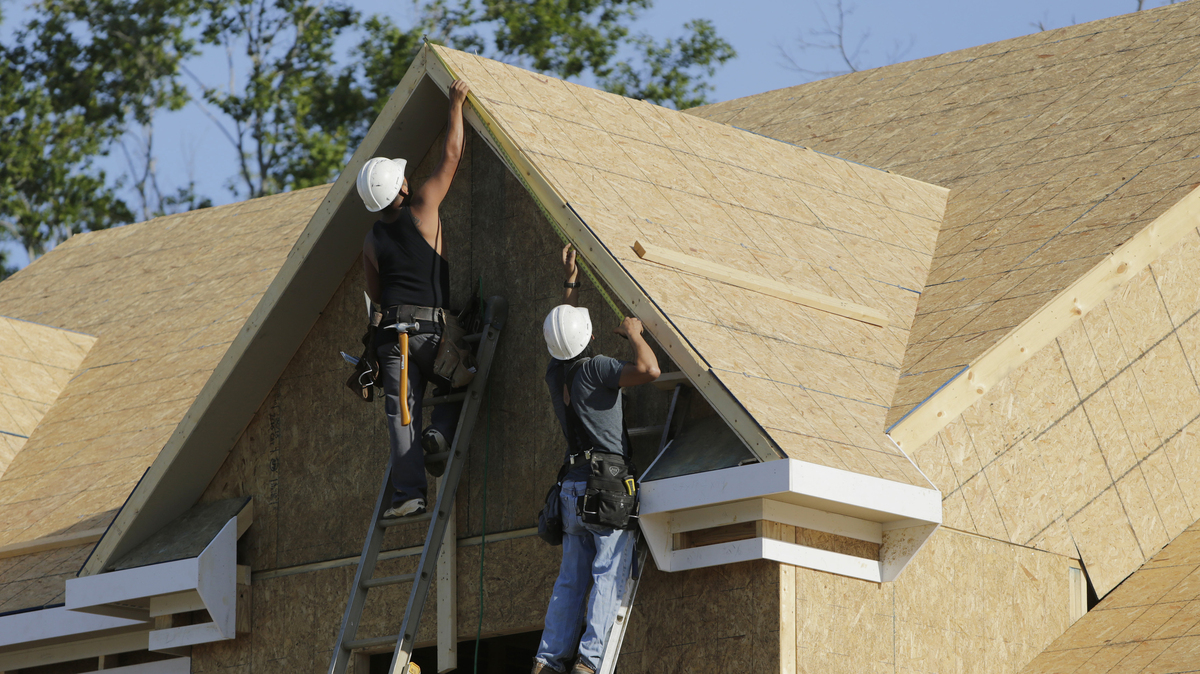 Carpenters work on a housing site in Brandywine, Md., on May 31. Pent-up demand for homes could create jobs and help the struggling U.S. economy.

Six years ago, the U.S. housing market plunged off a cliff. Now prices are bouncing back up — sharply in many markets.

That has some real estate analysts saying 2013 may mark the turning point — when pent-up demand will revive the housing sector and boost the broader economy.

The optimists say millions of Americans have been living with relatives or renting for years now, trying to ride out the Great Recession and the slow recovery. At this point, many are ready to buy homes of their own.

If that theory turns out to be right, the home-sales boom could lead to new jobs in construction, landscaping, drapery hanging, furniture making, lending and much more.

The reasons for optimism are compelling:

-- Census data show that the number of such multigenerational households of adults rose from 46.5 million in 2007 to 51.4 million by the end of 2009 — a 10.5 percent jump over just three years. That means millions of young adults are still living with their parents, and may be eager to move out.

-- Rents are high. RealFacts LLC said that its most recent survey shows that out of 41 markets, rents were up in 39 and remained flat in two.

-- Even as rents rise, homes remain affordable in most markets because prices are well below peak levels and interest rates remain low by historic standards.

-- Overall household debt has declined to the lowest level since 2006, according to a new study by the Federal Reserve Bank of New York. That means more people are in better financial shape to buy a house.

In light of all those factors, "there's pretty clearly a lot of pent-up demand," said Andrew Paciorek, an economist with the Federal Reserve Board in Washington.

His research shows that between 2006 and 2011, the number of Americans forming new households was less than half what it would have been under normal economic conditions. That rate of household formation represented "the lowest five-year period on record — at least back to the 1950s or so," he said.

His economic model predicts that the housing market will continue to see a steady boost as Americans finally shake off the recession and get back to forming new households.

Why It May Not Happen

But skeptics question whether those factors can overcome the countervailing forces that may restrain the housing market. Their arguments are compelling too:

-- Many of the young adults who might want homes are carrying tens of thousands of dollars in student debt. Household debt is down for the broad spectrum of Americans because so many homeowners have been paying off mortgages and home-equity loans. But among younger adults, college loans are a bigger burden than ever.

-- Once the recession began, birthrates started to drop. That means more people are remaining childless or having just one baby, reducing the need for families to move into larger homes.

-- The job market remains tough, and raises have been meager. With the unemployment rates still at 7.4 percent, many people remain reluctant to buy a house.

-- Attitudes may be changing about homeownership. Some surveys suggest younger Americans are less interested in living in suburbs while many affluent baby boomers are moving out of the suburbs and into urban apartments and condos. But other studies still find strong interest in homeownership among Americans.

-- Creditworthiness standards remain high, while millions of Americans have poor ratings, thanks to bankruptcy and foreclosure filings over the past few years.

John Makin, an economist with the American Enterprise Institute, says no matter how much people may want to buy houses, they can't have what they can't afford. And today's economy, with its weak wage growth, may not be strong enough to allow the housing market to enjoy a sustained surge.

And even if housing does keep rebounding, Makin says he doesn't think it will provide enough of a boost to push the broader economy out of the slow-growth doldrums.

"Everybody wants to get back to normal," Makin said. "They'd like to be buying a bigger and better house." But while there may be plenty of theoretical demand for homes and other big-ticket items, "the effective demand — the income — isn't there," he said.