Accessibility links
A Family Tree That Includes Slaves — And Slave Owners Through years of careful research, author Andrea Stuart discovered that her bloodline includes both slaves and slave owners. In her book Sugar in the Blood, she writes about her own family, and about the history of slavery in the Caribbean. 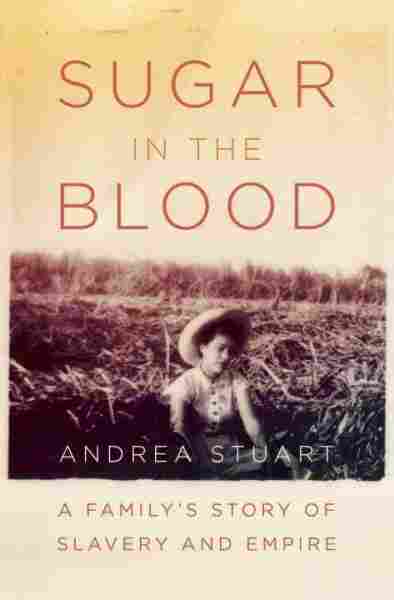 Sugar in the Blood

A Family's Story of Slavery and Empire

Part of our summer reading series Island Reads, highlighting authors from the Caribbean

Andrea Stuart was curious about her family's history in Barbados. And through years of careful research, she found that her bloodline includes both slave owners and slaves. She has written about her own family, as well as a detailed history of slavery in the Caribbean, in her book Sugar in the Blood. Guest host Celeste Headlee talks with Stuart about her family history, the moral complexity of slavery and finding roots in the past.

On the founder of a mixed-race dynasty

"When I read about George Ashby, or rather, wrote about him, I remember thinking, 'My goodness. What bravery it must have taken to take this huge step to leave England, in his case, to go to the New World.' I mean, in those days the journey itself was so traumatic and long, the chances of being killed by raiders or pirates — everything was so difficult about this journey, and then to kind of confront this untrampled land, where at least half of the early settlers died just because things were so difficult. It seemed to me that he was extraordinarily brave. But then his generation and the subsequent generations make this terrible mistake. They become slave owners, and therefore become part of the whole institution of slavery. So I am deeply ambivalent about him. I admire him on one hand, and I lament him on the other." 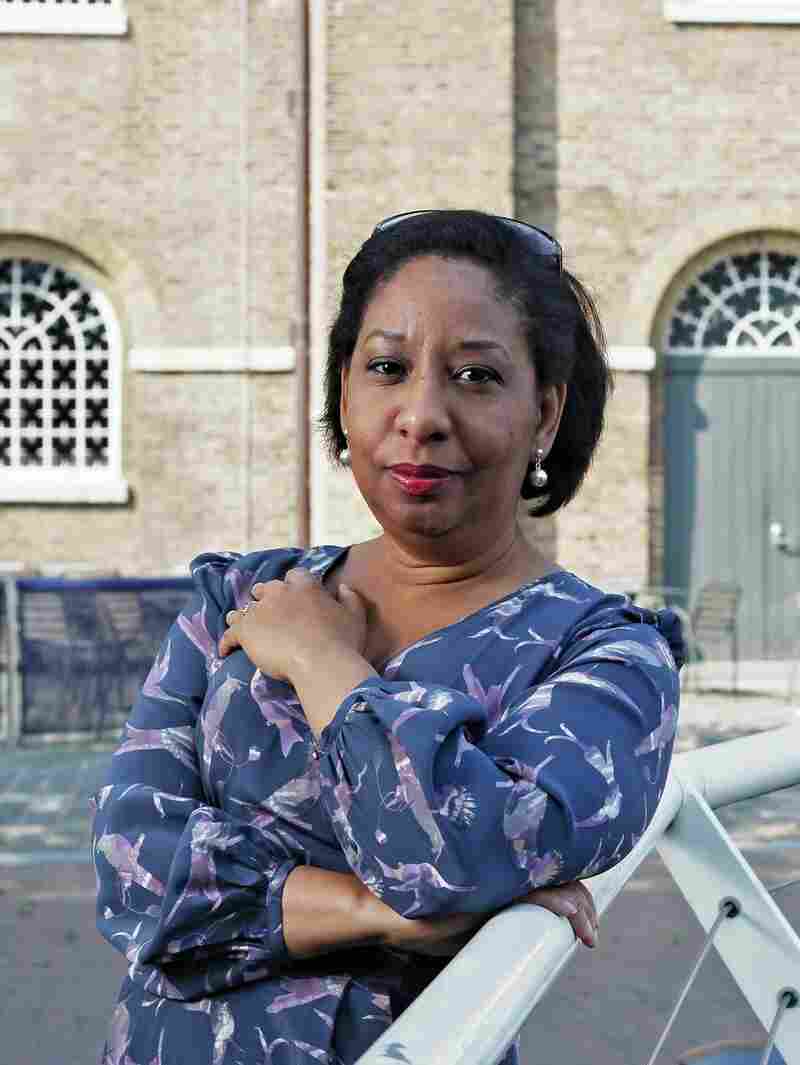 Andrea Stuart is also the author of The Rose of Martinique: A Life of Napoleon's Josephine. Clara Molden/Camera Press Redux hide caption 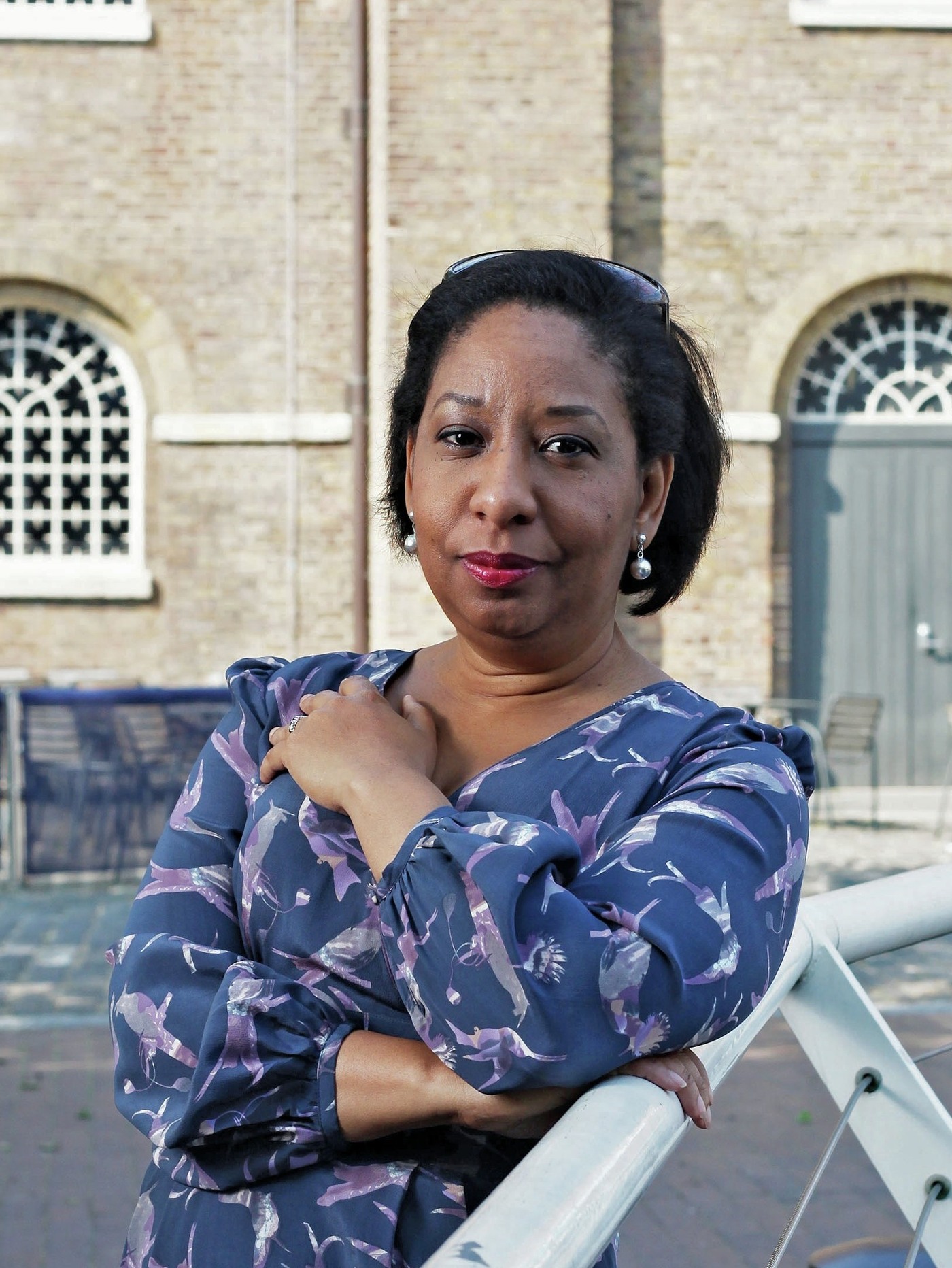 Andrea Stuart is also the author of The Rose of Martinique: A Life of Napoleon's Josephine.

On the moral complexity of slavery

"In Britain, for example, there is a real kind of forgetting about this reality – which was that these two groups were enmeshed in each other's lives. They weren't separated entities, slaves and slave owners. They were actually so intertwined with each other that they couldn't really be separated. And that meant that you were dealing with a very morally complex world. And I think in some ways that's one of the things that I wanted to show — that everyone was implicated, and a lot of people implicated. And it was very difficult to decide on who was 'the goodie' and who was 'the baddie'. ... I can't really separate out that I am descended from these two things, just as I think that morally, the world can't really separate slave owners from slavery, and slaves from slave owning. Which is the moral complexity of the world of slavery, which doesn't make it any less terrible and awful, but it does make it a more complicated story."

On the silenced voices of history

"I think in some ways I anticipated that I would not be able to answer all the questions in this story because slavery ... remains a huge historical silence. Because, basically, if you're a product or a thing, you are not going to be recorded. Your stories are not going to be kept. The whole side of my family that emerges out of black slavery can't speak for itself. So I was kind of always aware of that there. And then we have the problem, of course, of very small men like George Ashby. He had nine acres. He wasn't really allowed to do anything much. He couldn't vote. He couldn't be a part of the government or any kind of establishment. So it's the poor and black people, both groups, being silenced. And so therefore I knew that there was no way I could tell the story in the details that historians would prefer. But I also knew that to not tell the story also falls into that terrible silencing of these complicated and wonderful stories."