Accessibility links
Barney Frank: The Comedian's Politician This week's Very Important Puzzler talks about his political family, his accomplishments in Congress and the role of comedy in politics. Plus, we challenge him to identify the speaker of some notable quotes: Was it Minnesota Rep. Michele Bachmann, rapper Kanye West ... or Barney Frank? 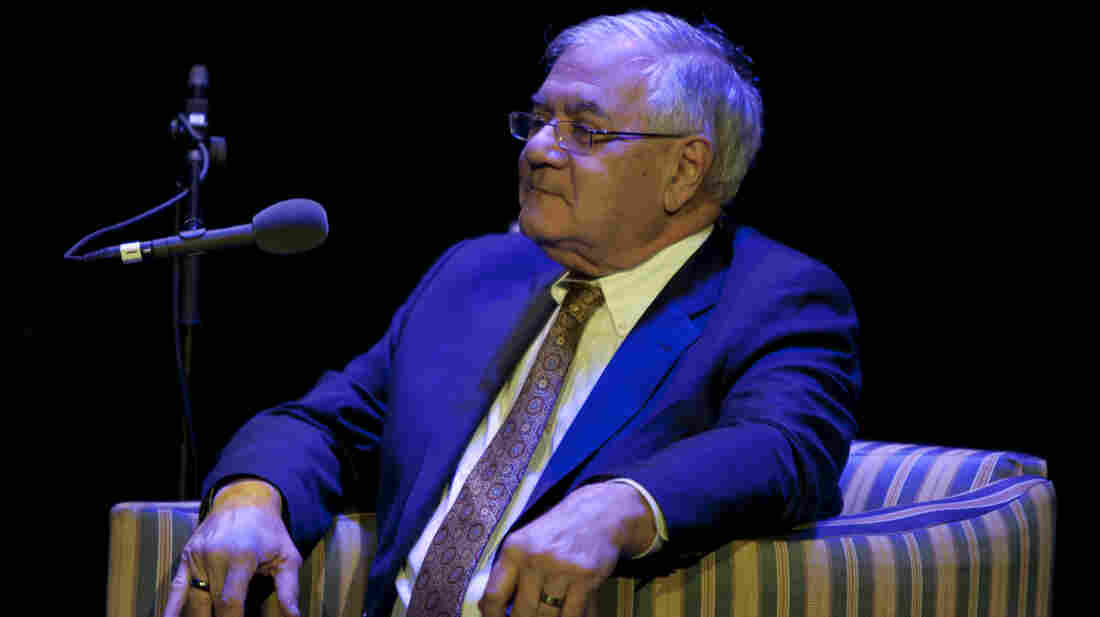 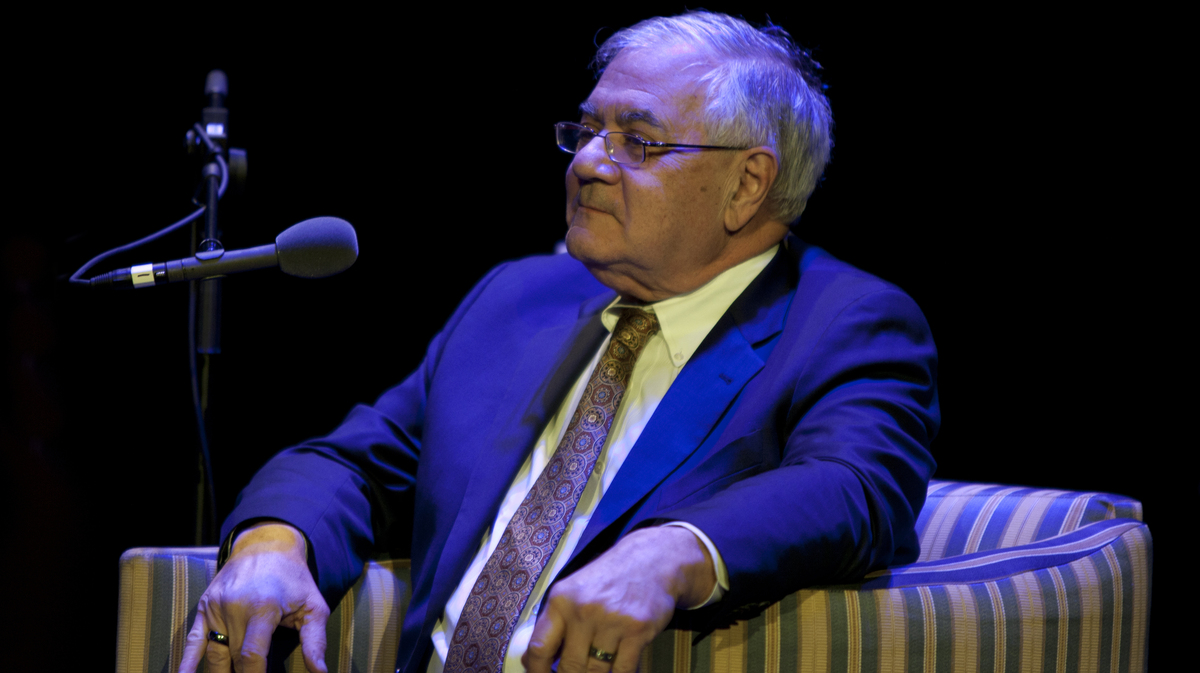 Retiring in 2013 after 32 years as a member of the House of Representatives, Barney Frank took on his greatest challenge yet: joining Ask Me Another at the Wilbur Theatre in downtown Boston for an evening of trivia.

But before the games began, the former congressman sat down with Ask Me Another host Ophira Eisenberg to reflect on his accomplishments in Congress, explore the role of comedy in politics and chat about the perks of married life. He's pleased to have watched LGBTQ rights issues, an area for which he was a strong advocate, become more widely recognized during his three decades on Capitol Hill.

"As I left office, it struck me that my marriage to Jim [Ready, Frank's longtime partner and husband since 2012] was more socially acceptable than my being a Congressman," he said. "I'd like to think I improved the image of the one, but it's not my fault about the other." 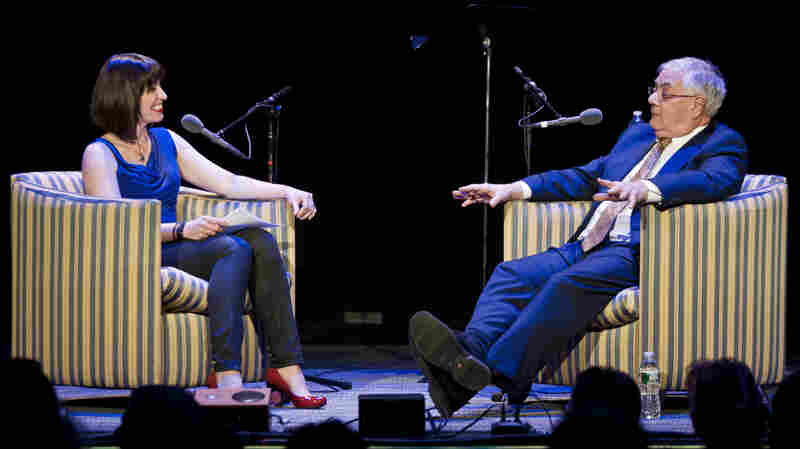 Barney Frank (right), speaking in front of a crowd at the Wilbur Theatre in Boston, told Ask Me Another host Ophira Eisenberg that he's proud of his advocacy work for the gay rights movement. Mettie Ostrowski hide caption 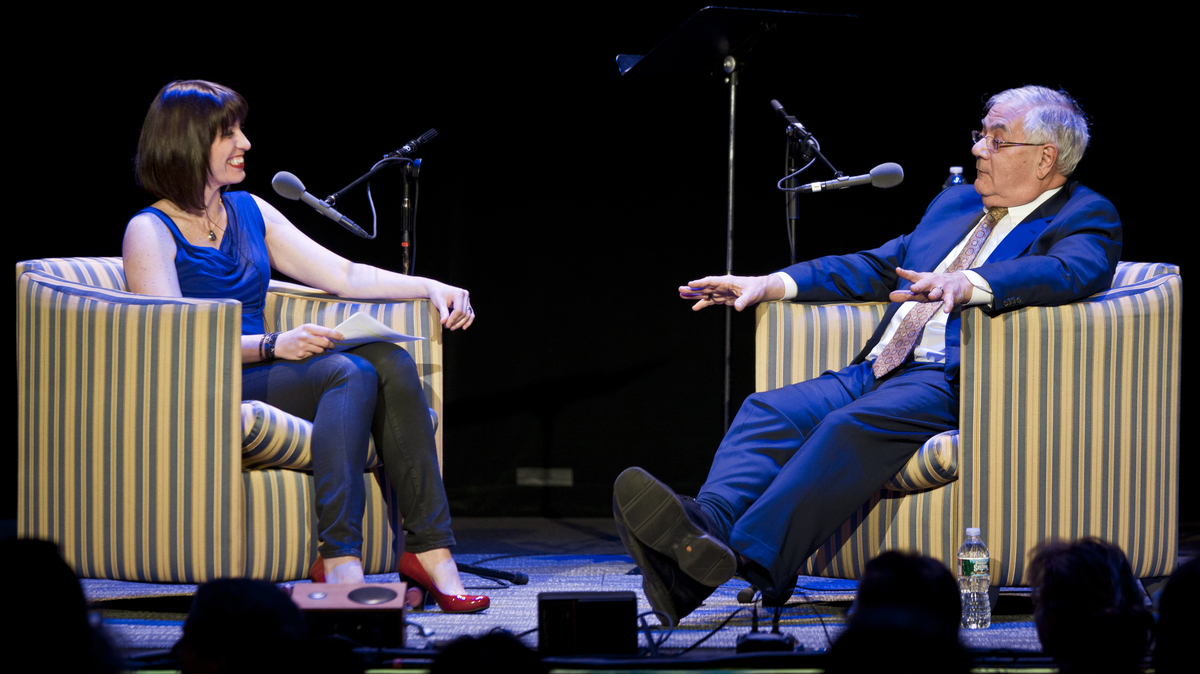 Barney Frank (right), speaking in front of a crowd at the Wilbur Theatre in Boston, told Ask Me Another host Ophira Eisenberg that he's proud of his advocacy work for the gay rights movement.

Frank in particular is known for speaking his mind with acerbic one-liners. Having once considered an alternate career in stand-up comedy, Frank explained that as a politician, he had an easier time being funny. "I get up as part of a group of eight or 10 people who have been droning on, and people say, 'OK, keep me awake.' " He added, "Trying to be funny in my line of work, you hit a much lower bar."

With his talent for wordcraft in mind, Eisenberg and house musician Jonathan Coulton served Frank an Ask Me Another challenge called "Who Said It?" Given a series of quotations, Frank had to determine whether the speaker was Minnesota Rep. Michele Bachmann, rapper Kanye West ... or Barney Frank.

Barney Frank served in the U.S. House of Representatives from 1981 to 2013, representing Massachusetts' 4th District. While in Congress, he served as chairman of the House Financial Services Committee from 2007 to 2011, and was a leading co-sponsor of the Dodd-Frank Act for financial reform. Frank also contributed to the American Housing Rescue and Foreclosure Prevention Act, which was passed in 2008. Frank, a Democrat born in Bayonne, N.J., is widely considered the most prominent gay politician in the United States. He married his longtime partner, Jim Ready, in 2012.

In the video below, Barney Frank shares his contribution to the It Gets Better Project.