Accessibility links
Sister Fights To Save Her Order From Financial Collapse In the Sunday Conversation, host Rachel Martin speaks with Sister Maxyne Schneider of the Sisters of St. Joseph in Springfield, Mass. The order, like many around the country, is facing major financial distress as the sisters age. 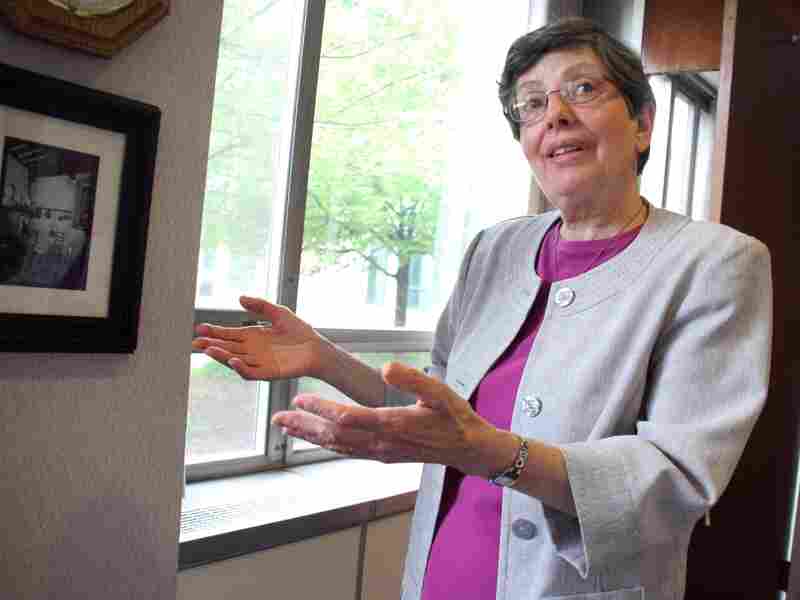 Sister Maxyne Schneider talks about a photo of the kitchen in France where the sisterhood was started in 1650. Josh Stilts/ hide caption 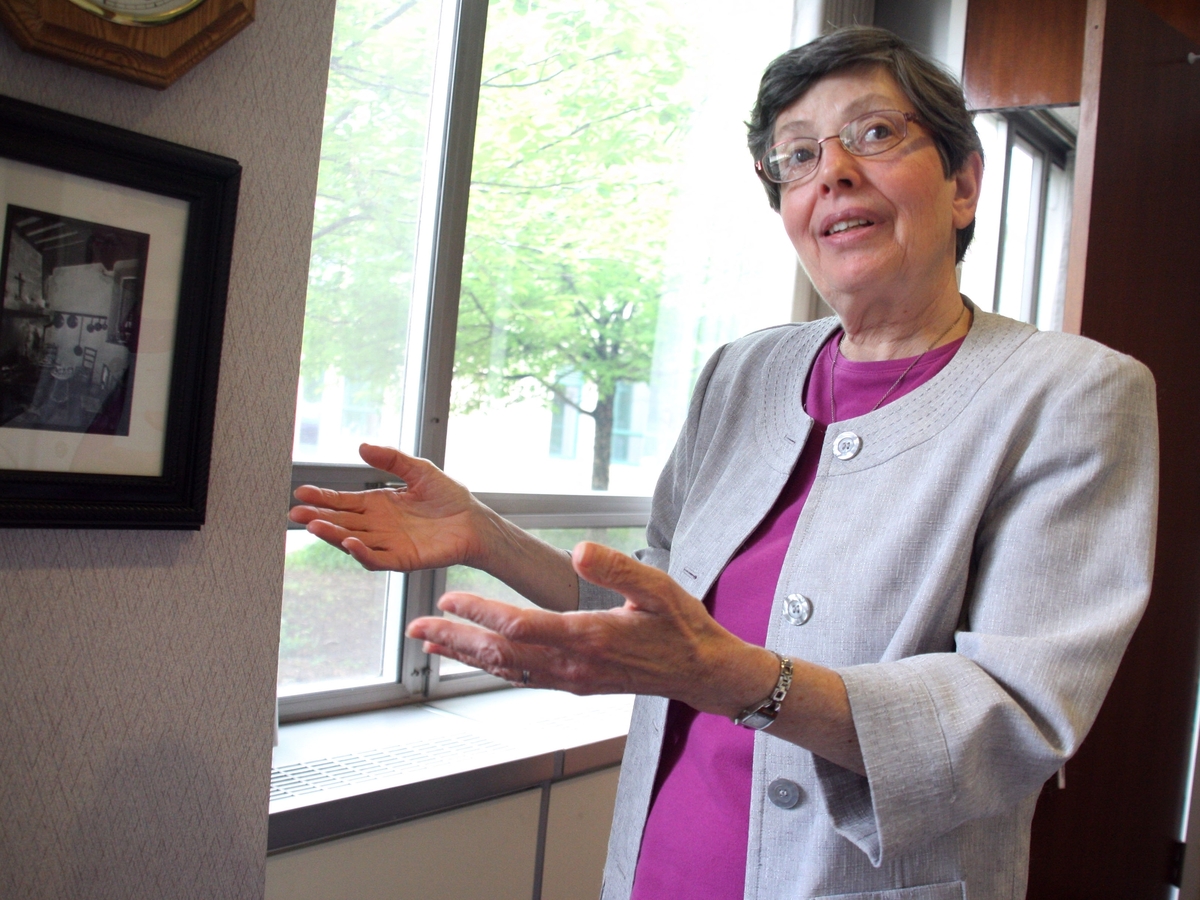 Sister Maxyne Schneider talks about a photo of the kitchen in France where the sisterhood was started in 1650.

The sisters who taught me in high school were among the most vibrant, bright, enthusiastic people that I had ever met. They really drew me to follow them in becoming a member of the congregation, and I'm delighted I did.

Sister Maxyne Schneider became a Catholic nun when she was still a teenager. Now, more than 50 years later, she's president of the Sisters of St. Joseph, a congregation of nuns in Springfield, Mass.

In its heyday, St. Joseph of Springfield had about 1,000 nuns, but now, it has just more than 250. So Schneider is facing the challenge of a lifetime — figuring out how to save her congregation from financial collapse.

"You can probably imagine what it would feel like to say, 'You've got over 200 people for whom you're responsible, and you're not going to have money,' " she tells NPR's Rachel Martin. "We just resolved we cannot let this happen. We will do what we need to do."

Do individual Catholic dioceses have a responsibility to pay health care costs for aging nuns? Tell us on Weekend Edition's Facebook page or in the comment section below.