Accessibility links
Wild Horses Run Free As Adoption Centers Fill Up Across the West, the Bureau of Land Management grapples with dwindling holding space for wild horses it has rounded up. But advocates say the bureau's housing of mustangs is not only ineffective but unsustainable. The cost of keeping the horses has tripled since 2000. 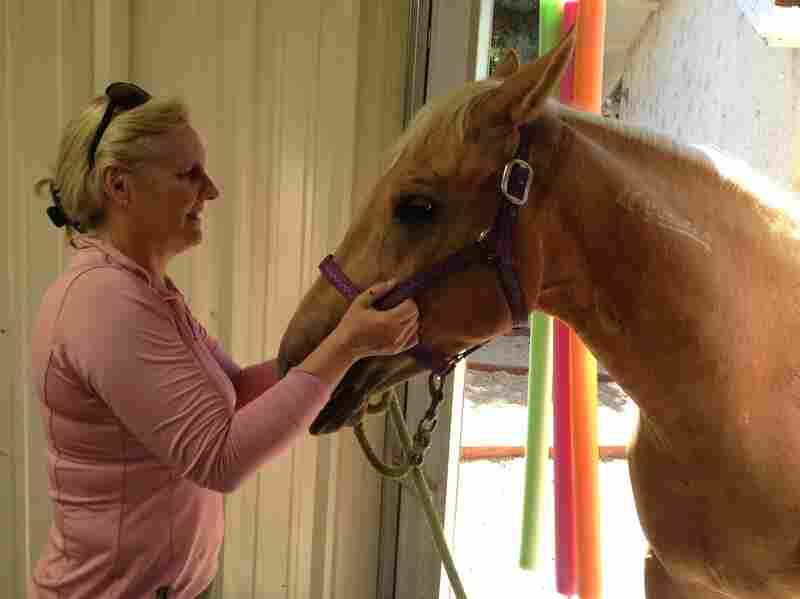 Katrina Boydon and her mustang Spirit. She adopted the horse as an orphaned foal with a rattlesnake bite on his hoof. Will Stone/KUNR hide caption 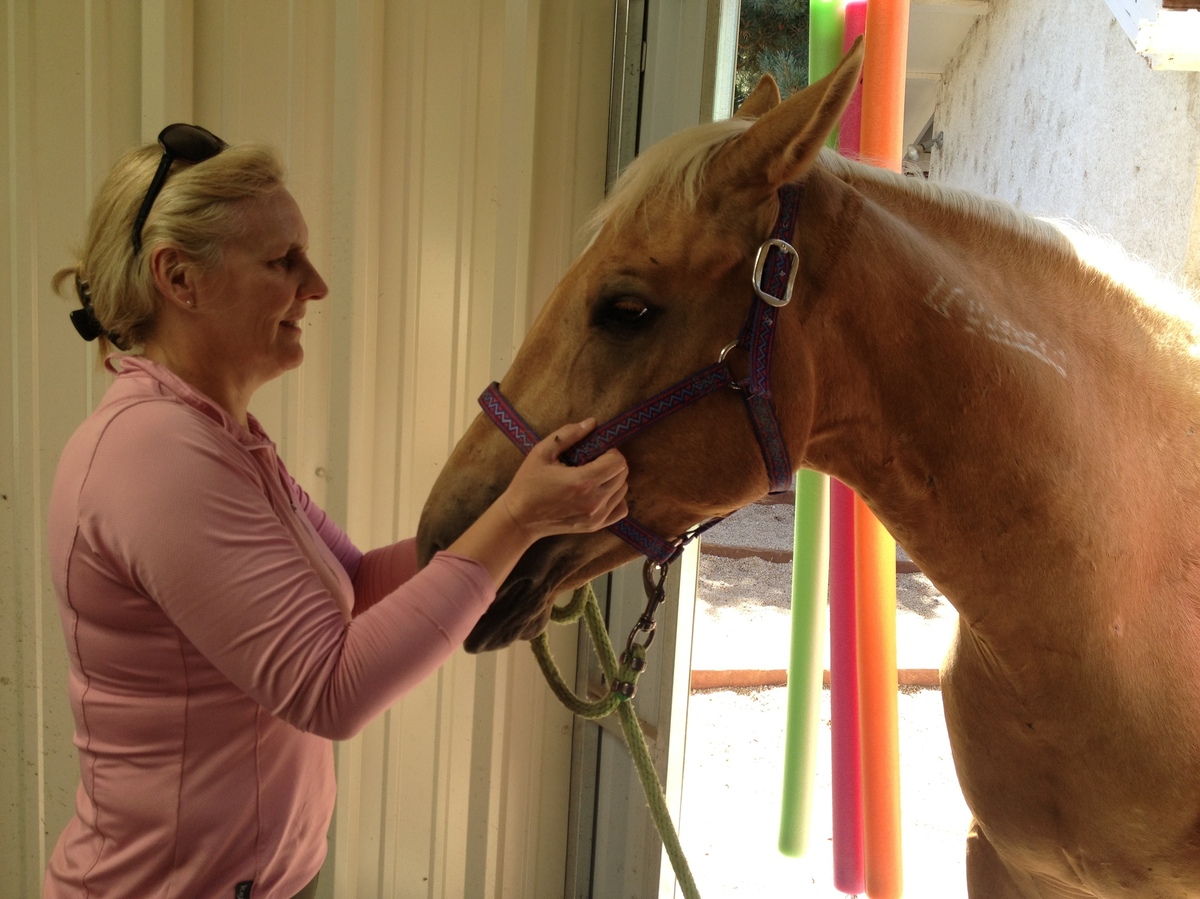 Katrina Boydon and her mustang Spirit. She adopted the horse as an orphaned foal with a rattlesnake bite on his hoof.

Drive about 20 miles north of Reno, Nev., into the barren scrubland and you're sure to see "wild" horses — more than 1,000, in fact. Just not in the wild.

Laura Leigh calls several mares to the edge of the dusty corral. She's a regular at Palomino Valley National Adoption Center. The horses eagerly rub their muzzles against her, their coats hot from the midday sun.

"We got to get you a home, don't we?" she says to one of the horses. "This one will let you scratch her withers and put your hands on her legs. You're adorable, aren't you?"

Leigh founded the advocacy group Wild Horse Education and has been coming here for years. Palomino is the first stop for many horses rounded up on the range. It's near capacity, like most of the Bureau of Land Management's holding facilities.

"Some of these horses have been here for over a year," Leigh says. "But when you run a broken program that stockpiles wild horses, eventually you're going to fill up your warehouse."

For a while now, the Bureau of Land Management has gathered more horses than it can adopt out. The end result is a lopsided program that spends about 60 percent of its budget just on holding the animals. It's not sustainable, says Alan Shepherd, who works for the bureau.

"Us spending that volume of dollars on holding horses and caring for horses, it's not allowing us to do the proper management on the range," he says.

In total, 50,000 of these horses and burros are in federally funded facilities. Only about 40,000 are left in the wild. The population has rebounded dramatically since the 1970s. A recent study attributes this to the BLM's rounding up so many horses. The agency has reduced competition for food and water on the range, and now horses are reproducing at unnatural rates. Advocates hope the study may bring about substantive policy changes — namely an end to roundups. The bureau's cut back on roundups, Shepherd says, but can't halt them altogether.

"We're going to have to do some levels of management on the ground," he says, "but we're definitely looking into 'how do we control that population growth' through fertility control and sterilization and that type of work."

An Abandoned Racehorse Finds Love On The Home Stretch

For A Girl And Her Horses, A Bumpy Ride To Adulthood

Without roundups, Shepherd says, the public lands would soon be degraded and thousands of horses could die. But the horses have become a major problem, says Dr. J.J. Goicoechea, a veterinarian and rancher. He's the head of the Nevada Cattlemen's Association and says horses eat too much of the food and drink up the water.

"We are not about anti-horse. We're about pro-resource," he says. "We're actually pro-horse. The horses are healthier and they do better if managed appropriately."

The conflict over wild horse management is generally framed as horse advocates versus the ranchers and the Bureau of Land Management. But Goicoechea is frustrated with the bureau, too. The agency doesn't have the capacity to respond properly, he says, because it's out of space. He's not in favor of slaughtering horses; he says he wants more gathered and sold. To him, horses are essentially livestock.

"Livestock, we eventually sell them or they have some kind of end," he says. "These horses, I guess it's more hospice than livestock, and that's what's wrong."

Katrina Boydon owns two mustangs, Spirit and Phantom. Standing at full height in a backyard stable, Spirit's pale cream-colored mane and golden mustang body is impressive. And he's lucky. Most Americans can no longer afford to care for a horse. Adopting a wild horse can be challenging, Boydon says. They tend to be skittish and need a lot of training. But Boydon adopted him anyway for $125 and never looked back.

"Once you've got them and trained them and gentled them," she says, "this, my Spirit over here, is the gentlest horse we've got in our five here."

Spirit's story may help a few more mustangs find a home. But with tens of thousands still in holding, their fate can't rest only on the goodwill of people like Boydon.