Accessibility links
For You To Borrow, Some Libraries Have To Go Begging Most Americans say public libraries are important to the community — but eight states don't actually support them. Texas has cut budgets drastically; in Vermont, local librarians must go hand in hand to town meetings every year. Neda Ulaby reports on the landscape of library funding across the U.S.

More than 90 percent of Americans say public libraries are important to their communities, according to the Pew Research Center. But the way that love translates into actual financial support varies hugely from state to state.

Vermont, for instance, brags that it has more libraries per capita than any other U.S. state. Some of them are remarkably quaint. In Ludlow, one library is a white clapboard Victorian, slightly frayed, ringed by lilies and sitting by the side of a brook. 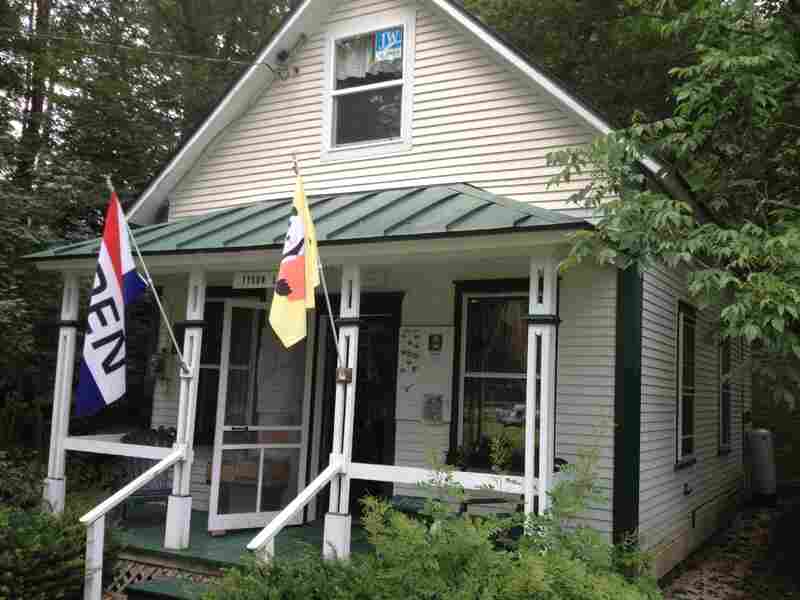 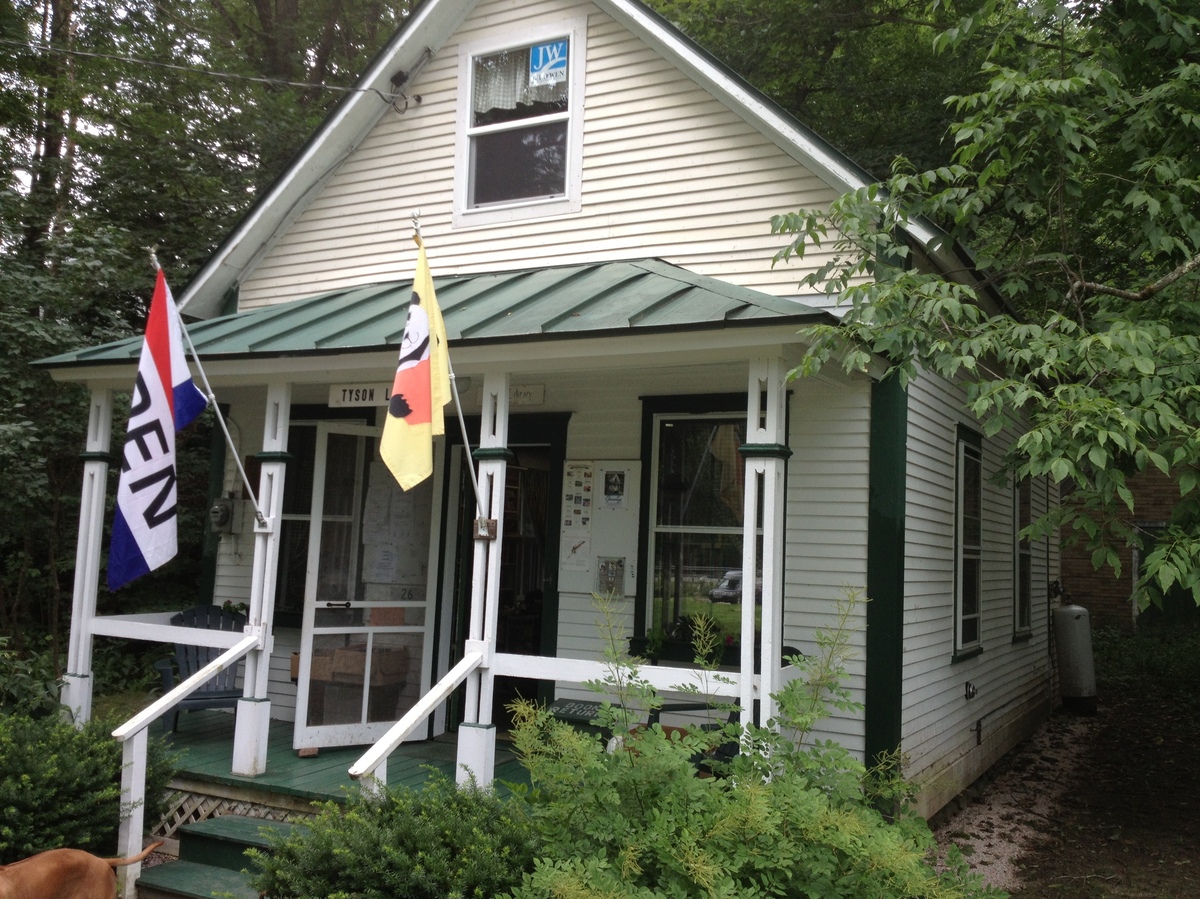 The Tyson Library in Ludlow, Vt., is required to support itself independently; public libraries in Vermont receive no state funding.

"It's very small," says Julia Baldwin, a volunteer with the local Ladies' Aid society. The group is the one and only reason this public library exists, even though it's open just two hours a day, and only in the summer.

"No paid librarians," she points out. "We function on donations, book sales, bake sales ..."

As well as legacies.

"Sadly, when people pass away and they had some association with the library, they also leave us some money," Baldwin explains.

That's not just how this one library in Ludlow works. That's how public libraries throughout Vermont work.

"In Vermont, each library needs to individually support themselves," says Jessamyn West, a public librarian in the state. "Either through endowments, which is kind of a funny joke for most tiny rural libraries, or through [the] taxation process and the town meeting process or whatever."

Instead, once a year the town librarian has to go to a town meeting and make a case for funding for next year.

While Vermonters do tend to support their librarians, this funding model leaves their libraries vulnerable to unpredictable forces, such as Hurricane Irene or other disasters that affect how towns allocate money.

In Kansas, 'We Look Really Good'

Kansas, on the other hand, is a great state for public library funding. Its public libraries are funded by a combination of locally generated taxes and state money.

"When I look at the statistics, we look really good," says Kansas State librarian Jo Budler. "Our total budget for this year was about $3.6 million."

That state money pays for programs and resources used by almost 700 full-time librarians in more than 300 libraries. Since the vast majority of them are small and rural, Kansas uses federal money to pay for a sophisticated interlibrary loan system, letting users borrow books and DVDs from any public library in the state.

"They can ask for it, and they'll get it within a day or two," Budler explains. "[It] doesn't cost much more than a stamp. That's about 47 cents an item to ship."

Kansas librarians are also working on a cutting-edge one-state, one-card system — all this in spite of the fact that Kansas public libraries have lost about 50 percent of their state funding over the past 10 years.

"Book Burning Party," a recap of the political campaign run by library supporters in Troy, Mich.

That's a steep number, but it's one that might not seem so bad to a librarian in Texas.

"In 2011, 64 percent of the state library's budget was cut," says Linda Stevens, who works at a public library outside Houston. "It doesn't seem fair, does it?"

That sizable cut not only jeopardizes millions of dollars in federal funding that Texas libraries receive, but it also eliminates some direct services.

"I will tell you one now that hit every consumer in the heart: After 50 years, the summer reading program will no longer be underwritten by the Texas state library," Stevens says.

The cut could affect more than half a million kids in Texas who, without their libraries' guidance, are at risk of slipping into what's known as summer slide. Such services are important to bear in mind when public libraries' value in the 21st century is questioned.

What Libraries Are Worth, And How To Get Supporters To Step Up

"They're the only place that people can go and get a free computer and free Internet, for the most part, in America," West says. "And when you still have a country where 19 percent of Americans don't have any Internet at home, that paints a serious picture."

People from all walks of life continue to use public libraries, but in a country with a pronounced and still growing wealth gap, some of us truly depend on them.

One library in Troy, Mich., found an unexpected — and unorthodox — source of support. A few years ago, a tax increase to support the library was targeted by Tea Party activists. The libraries' supporters countered with a mock campaign calling for the library to be closed, and its books burned. It played out in neighborhoods, in social media, and in the news.

Bringing choices about funding public libraries into such sharp relief might have helped the vote to support the library pass — which it did, by a landslide.

Previous audio and Web versions of this story misidentified volunteer Julia Baldwin, who helps staff a library in Ludlow, Vt., as Julia Bailey.