Accessibility links
Honoring Executive Producer Teshima Walker Teshima Walker Izrael died on Friday after a two-year battle with colon cancer. She was 44 years old. Tell Me More shares one of the many stories she produced over the years. To add your tributes, use #TeamTeshima on Twitter or email tellmemore@npr.org. 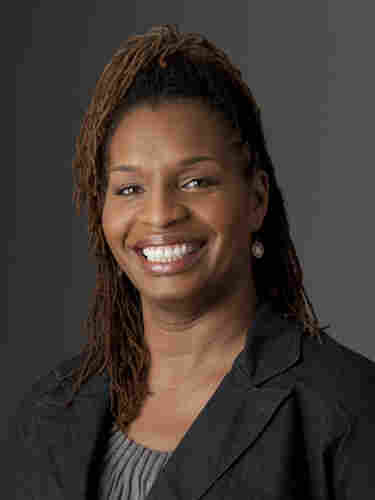 Teshima Walker Izrael was the executive producer of Tell Me More. She came to the end of a long battle with cancer on Friday at the age of 44. Tributes and tweets are coming in from all over the country with #TeamTeshima.

Tell Me More thought it would be fitting to hear her voice on the air again, sharing one of the many stories she reported over the years. In 2005, she and producer Nicole Child went to Montgomery, Ala., and toured the Cleveland Court Apartments where Rosa Parks and her husband lived. We air an excerpt from that story.