Accessibility links
How Extreme Australian Rains Made Global Sea Levels Drop Sea level has been rising steadily as a result of global warming. But in 2010 and 2011, levels dropped sharply by a quarter of an inch. A new analysis says that's because extraordinarily heavy rainfall got trapped in inland Australia. 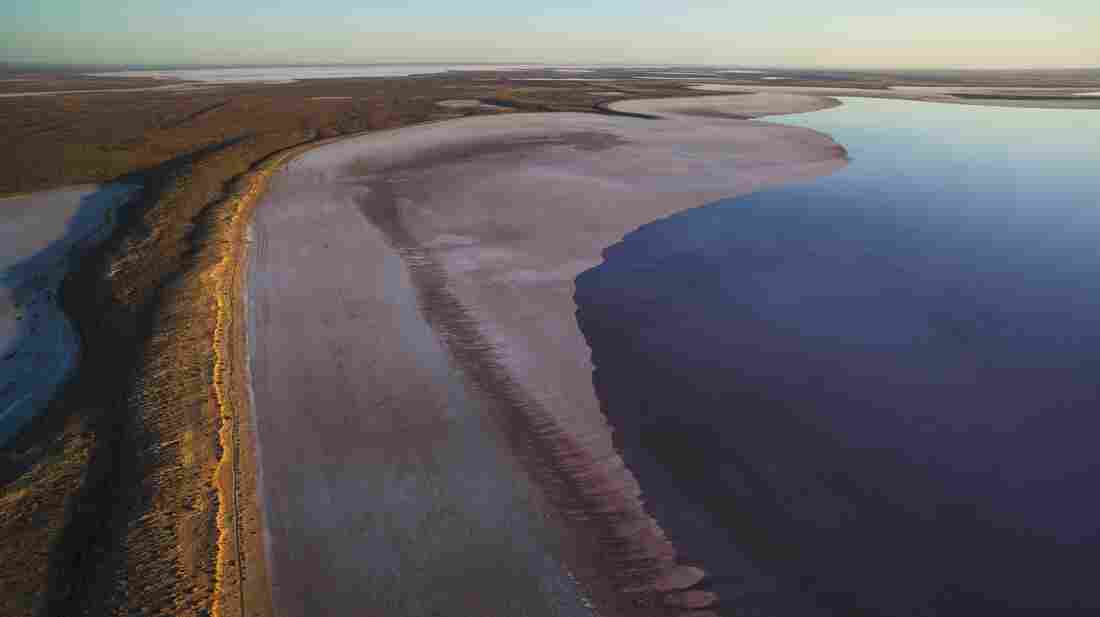 Lake Eyre in South Australia is normally a dry salt pan and rarely fills with water. But it did after massive rains two years ago, and is seen here on May 20, 2011. Theo Allofs/Corbis hide caption

Global sea level has been rising as a result of global warming, but in 2010 and 2011, sea level actually fell by about a quarter of an inch.

Scientists now say they know why: It has to do with extreme weather in Australia.

The sea level drop coincided with some of the worst flooding in that continent's history. Dozens of people died and torrents washed away houses and cars, forcing thousands from their homes.

Some of those floodwaters simply ran back into the ocean, so they didn't affect sea level. But a lot of that water was trapped on the Australian land mass. That's because the continent has an odd geography.

"It's kind of like if you took a plate and turned it upside down, the whole center area doesn't run off back to the ocean," says John Fasullo at the National Center for Atmospheric Research in Boulder, Colo. "In fact, there are major river basins that run back toward the center of the continent."

Some years, rainfall pools up in the middle of the continent and creates a temporary freshwater sea called Lake Eyre.

"You get millions of birds migrating to the area and the whole ecosystem transitions from a desert to an inland sea in a few months," Fasullo says. 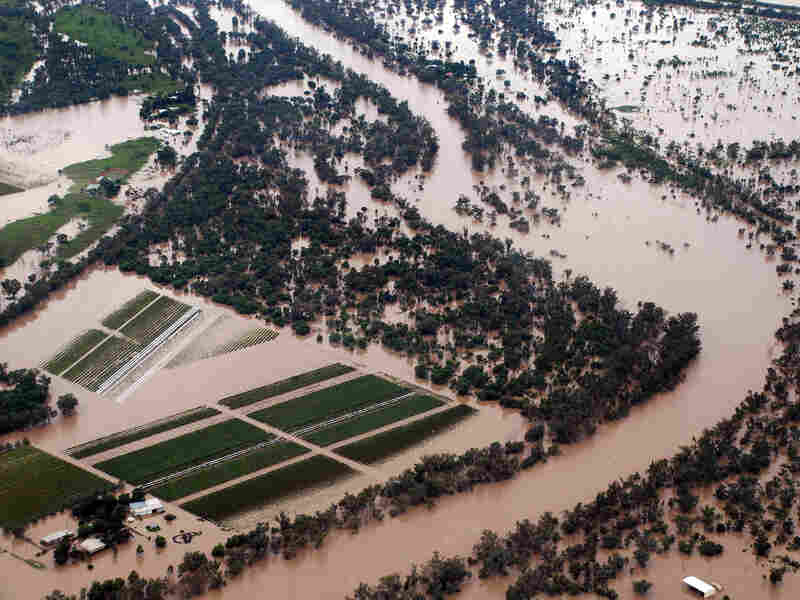 Heavy rains in Australia in 2010 and 2011 flooded farmland and homes, like these in the Queensland state town of St. George, seen here on Feb. 7. 2011. Sally Nicol Rigney/AFP/Getty Images hide caption 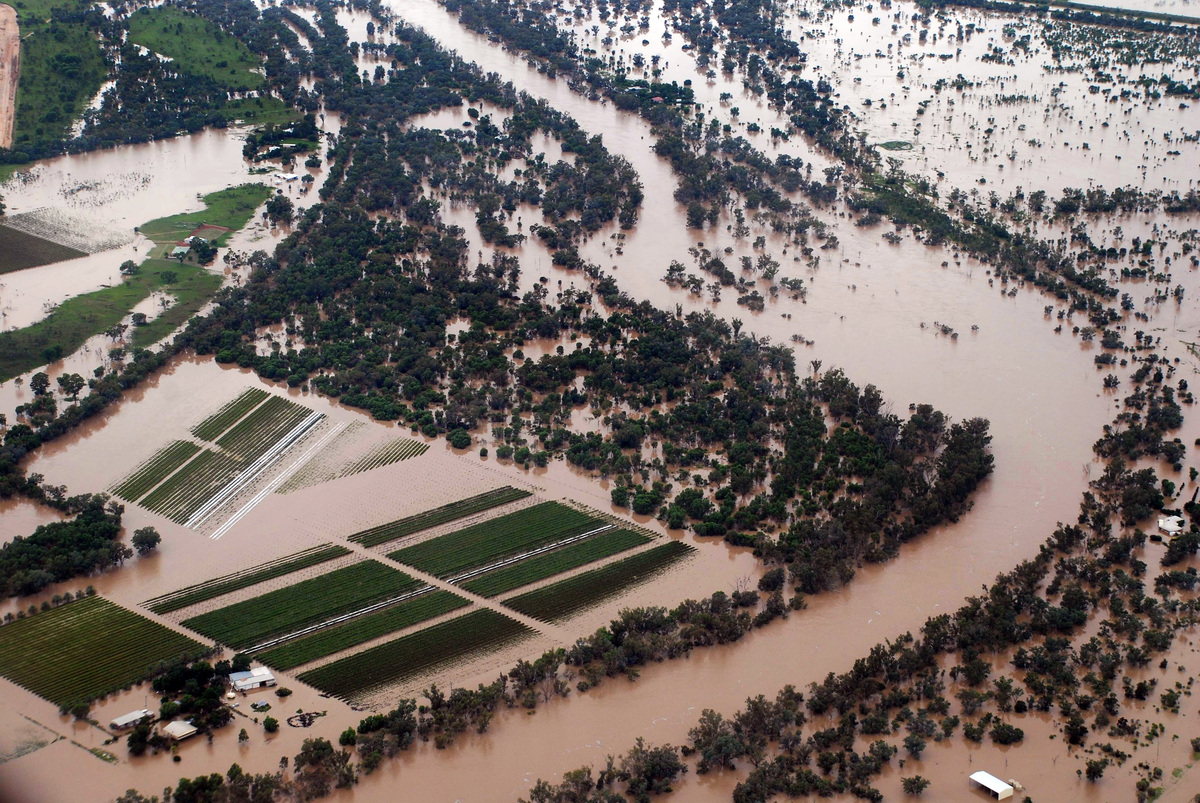 He and his colleagues are publishing a paper in Geophysical Research Letters that concludes that the reappearance of that inland sea — and similar features elsewhere — are enough to explain the drop in global sea level.

During that time, sea level dropped by a quarter of an inch, though normally it rises by an eighth of an inch per year.

The inland sea has gradually evaporated, and a lot of that water has rained back into the oceans, raising sea levels once again. But that's not the end of the story.

"Since that time we've shot past the long term trend [in the rate of sea level rise] and we're way up above it," Fasullo says.

In fact, over the past two years, global sea level has risen by nearly an inch — that's more than three times faster than normal, "and with that we have a new mystery," Fasullo says.

Once again, fingers are pointing toward odd rainfall patterns. There's drought in Australia and the Americas right now, which means more rain is falling into the ocean and less is falling on land.

John Nielsen-Gammon a climatologist at Texas A&M University agrees that's a likely answer. And, he adds, we wouldn't even know about these small variations if not for precise satellite observations.

"It's not something you can go to the beach and notice, but we can detect it now," he says.

And there's no question — the long-term trend is toward a higher sea level as the planet warms. That's because seawater expands as it warms — and because glaciers continue to melt into the world's oceans.