Accessibility links
Tell Me More's Twitter Education Special Tell Me More with Michel Martin will host a live radio broadcast and Twitter Education Forum at 11 a.m. ET on Tuesday, asking whether education is the civil rights challenge of our time. Join the conversation on Twitter using #NPRedchat. 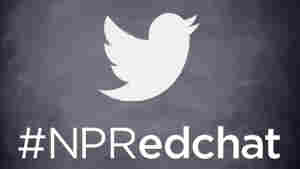 Education has long been referred to as a civil right in this country — including by Presidents George W. Bush and Barack Obama and by the Rev. Martin Luther King Jr. Nearly 50 years ago, King said:

"The richest nation on earth has never allocated enough resources to build sufficient schools, to compensate adequately its teachers and to surround them with the prestige our work justifies. We squander funds on highways, on the frenetic pursuit of recreation, on the overabundance of overkill armament, but we pauperize education."

At 11 a.m. ET on Tuesday, NPR's Tell Me More with Michel Martin will once again host a live radio broadcast and Twitter education forum. We'll look at whether education is the civil rights challenge of our time.

As in previous Tell Me More Twitter education chats from the Aspen Ideas Festival in Aspen, Colo., and WLRN in Miami, we will turn to our education influencers and to you.

We've already heard from some leading educators about what's on their minds as they head into the school year, including: Common Core testing, the notion of "choice" and "accountability," the achievement gap and digital inequities in the classroom.

Now, we want to hear from you.

Join us on Twitter today, using #NPRedchat, and let's begin the exchange of ideas.