Accessibility links
Why Millennials Are Ditching Cars And Redefining Ownership The Internet and file sharing have transformed how young people think about possessing music, art, books — even cars. As the millennial generation questions ownership of nearly everything, they are opting to spend money on experiences. And car companies are left scratching their heads. 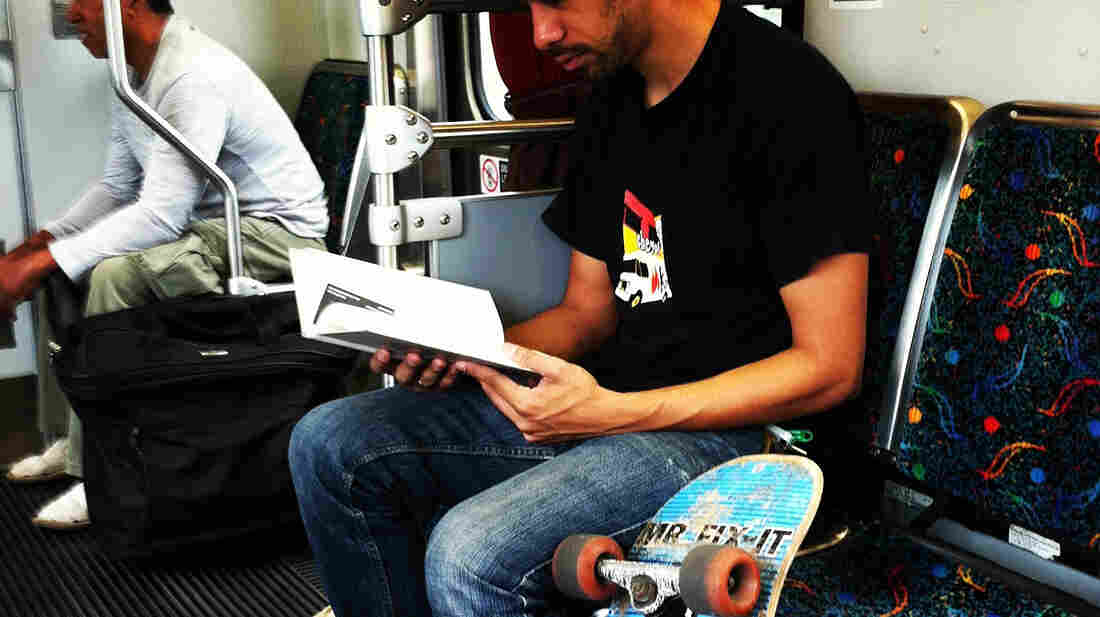 Zach Brown's preferred mode of transportation is his skateboard. Brown, 27, is an artist and actor who doesn't own a car. Courtesy of Zach Brown hide caption 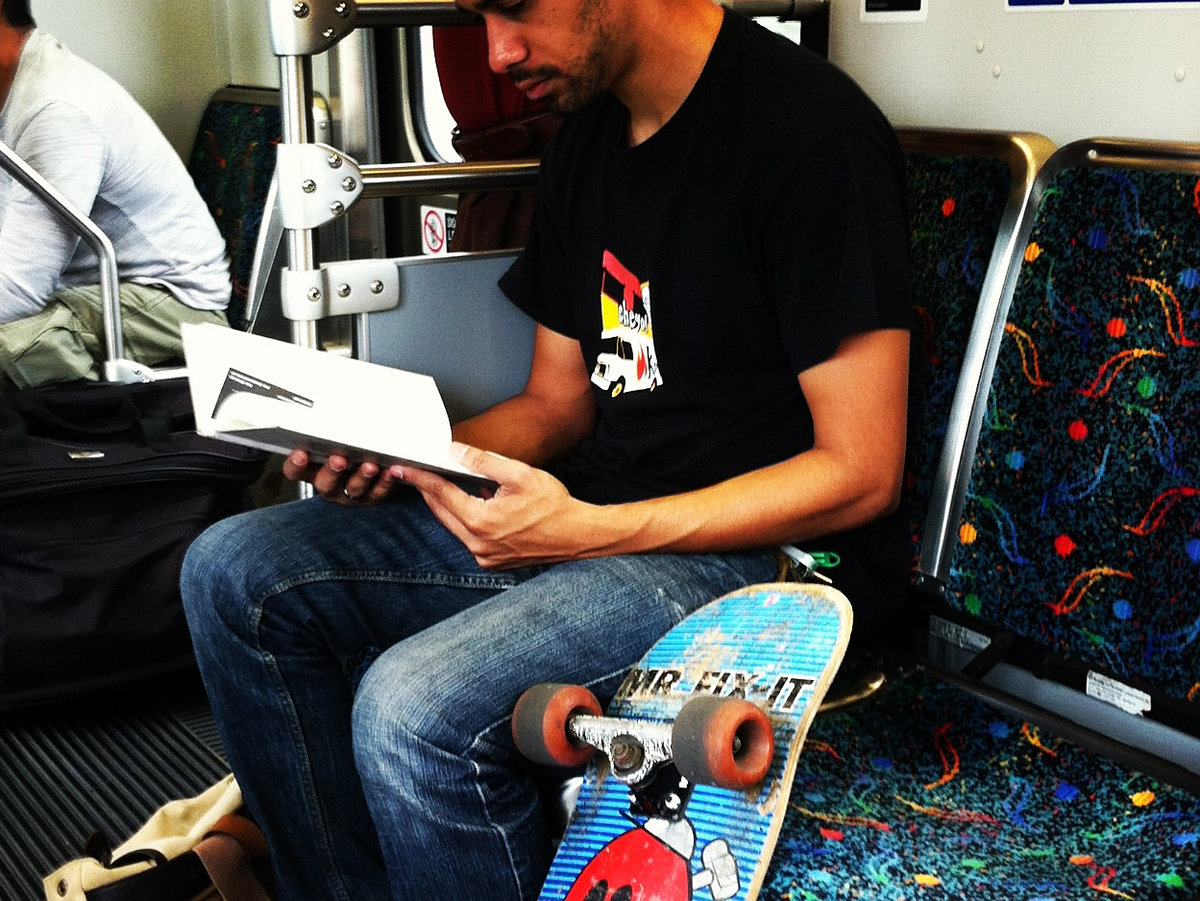 Zach Brown's preferred mode of transportation is his skateboard. Brown, 27, is an artist and actor who doesn't own a car.

You might think there's one place in America you absolutely need a car: Los Angeles. You'd be wrong.

"I have been in L.A. without a car for two years now," says Alyssa Rosenthal, a makeup artist.

Rosenthal's job means lugging a professional makeup kit — think of a small toolbox filled with enough supplies to make a supermodel or a zombie (or a zombie supermodel). Point being: It's heavy, and it's her responsibility to get it to the movie set.

"It's not easy. It's definitely a big challenge, but I make it happen," Rosenthal says. "Public transit really is blowing up in L.A. right now. The trains go a lot of places, and it makes it sometimes easier to get to locations with traffic and everything in L.A."

That "blowing up" Rosenthal refers to is new transit options like the Metro Expo Line, which opened last year. It's already surpassing rider projections.

Here's a stranger fact: At 28, Rosenthal is part of a trend of millennials who are giving up, putting off or just not buying cars.

This has left car companies scratching their heads.

"As we've talked to consumers in this age group about how they feel about owning the car, the car companies kind of think about this as, 'Well, that's sort of a silly question because of course everybody wants to own a car,' " says Jill Hennessy, clinical professor at the Kellogg School of Management at Northwestern University. She studied the attitudes of millennials toward the car-buying process. The short answer: They're a lot different from baby boomers and Gen Xers.

"When we've talked to millennials, they actually answer that question quite thoughtfully," Hennessy says. "While they do still want to own a car — not as much as they want to own a smartphone, by the way, that's the physical possession they're most attached to — they are thinking about, 'Do I need a car or not?' in a way that I think five years ago or 10 years ago we wouldn't have seen to the same extent."

It's not just cars that millennials question owning. Nearly any possession you can think of stopped being an "of course" and became a "hmmmm" for millennials. Hennessy says they're wondering whether "it's not so great to own everything anyway." She says the economy has been a big part of that shift. Millennials have witnessed the worst economic downturn since the Great Depression. They've watched their parents struggle with financial insecurity no matter their education level.

For someone born before Ronald Reagan was in office, this sounds like a nightmare. But Hennessy says that millennials are so gosh-darn optimistic that they put a positive spin on it. "They're much more likely to find value in experiences than they are to find value in things," she says.

This is a paradigm shift — mark your '90s retro bingo card — that extends beyond cars to things like housing. What's helping drive this trend? It's all those smartphone apps — with their emphasis on social networks and on sharing experiences.

"I don't feel like I actually buy things for myself. Like, people will go out and buy clothes or buy music or electronics or things like that. Most of my spare time is spent just hanging out with friends, and you don't necessarily have to purchase anything in order to do that," Brown says. "Art supplies and food — that's the majority of where my excess money that I don't spend on a car goes to."

Brown is friends with Rosenthal, who finds herself spending her spare cash less on things and more on experiences. "I love going to the movies and I like going to concerts a lot," she says, "and I like listening to music. I use Spotify and I listen to Pandora and things like that, but as far as purchasing those things I don't typically do it."

That's why we see all kinds of companies — from movie studios pumping out films in IMAX to Apple adding iTunes Radio to their phones — putting an emphasis on the experiences they can provide as the shift from an industrial to a service economy enters a mature stage.

For these two millennials, food is a big line item.

"It is a culture that I really do enjoy — going out to eat," Rosenthal says. "Getting a good drink and being in that atmosphere; it's a lot of fun."

The simple pleasures and the bare necessities. Perhaps millennials are on to something.

Noah Nelson is a reporter for Turnstyle News, a tech and digital culture site produced by Youth Radio.