Accessibility links
'Bridge' Actor Demian Bichir On Portraying Border Life In the new FX series, Bichir plays a Mexican detective who teams up with an El Paso cop to solve a series of murders. He tells Fresh Air's Dave Davies that The Bridge aims to give equal treatment to both sides of the border. 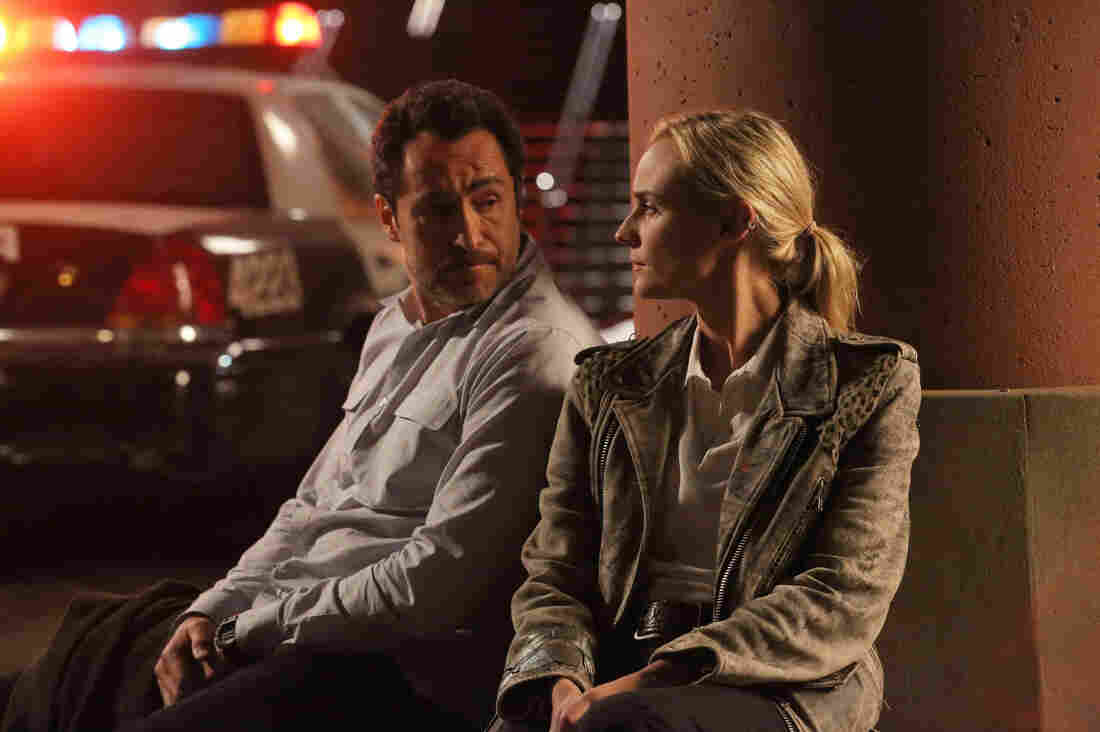 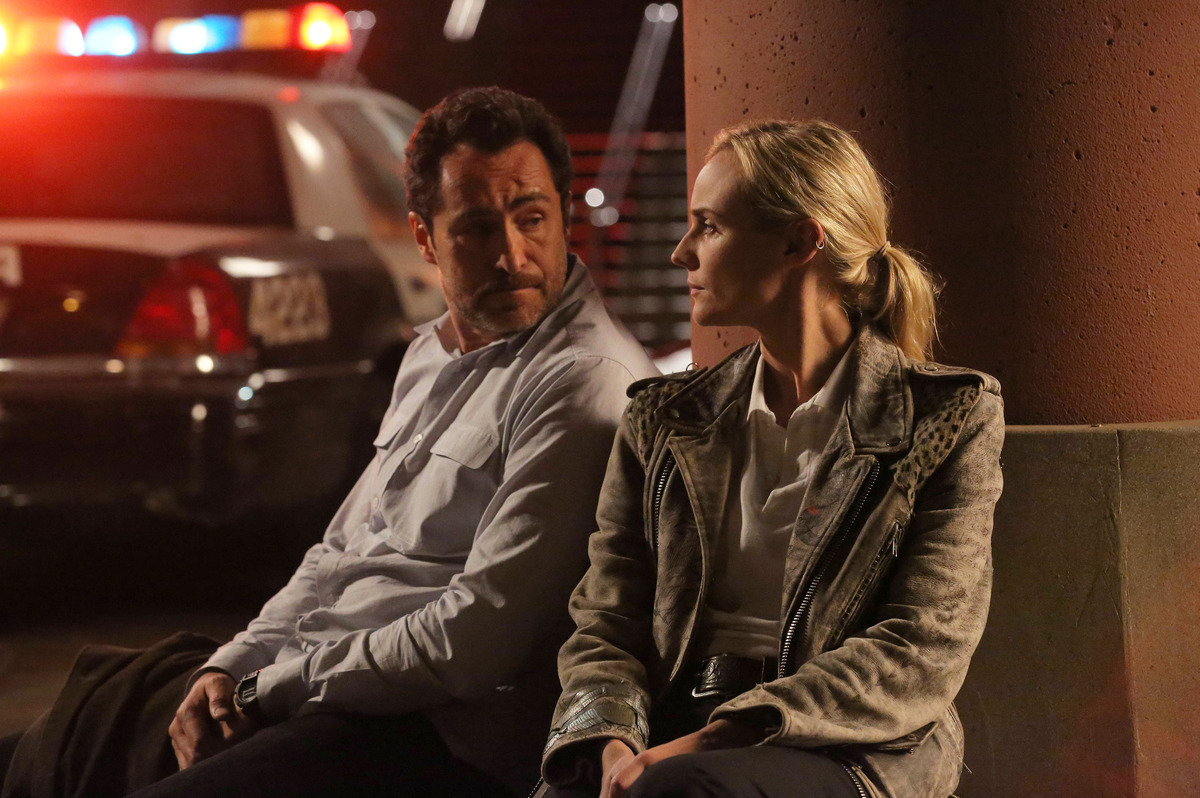 The new FX series The Bridge begins with the discovery of a body on a bridge that connects El Paso, Texas, and Juarez, Mexico. In it, a Mexican detective, played by Mexican actor Demian Bichir, has to work with an El Paso homicide cop to solve what turns out to be a serial murder case.

Bichir has had a successful acting career in Mexico, but he's leaving his mark in Hollywood as well. He played Fidel Castro in the Steven Soderbergh movie Che, and had a recurring role as a drug kingpin and politician in the Showtime series Weeds. Two years ago, he earned an Oscar nomination for best actor for his performance in the Chris Weitz film A Better Life.

On Hollywood's negative portrayals of Mexico and Mexicans

"You have no idea how many times I say no to projects where they only talk about that. Of course, we in Mexico have given Hollywood a lot of stories, a lot of creepy stories sometimes, corruption stories, and that's our fault. But sometimes it's a little too much. Sometimes it's about exaggerating the point or stepping into clichés or stereotypes. And sometimes I just say no to projects where all the Mexicans are bad, all the Mexicans are corrupt, all the girls are whores, everyone is bad, and everything is filthy. I have to say no to those kinds of things.

New Series 'The Bridge' Seeks An Audience In Two Languages

Pop Culture Happy Hour: 'The Bridge' And The Doctor's Many Faces

'The Bridge:' Mayhem On The Border, With Big Issues At Stake

"We are also seeing a very bad, ugly side of the United States on The Bridge. Many times we have characters who are creepy, characters who are filthy, streets that are really, really ugly ... as well. It's almost like Weeds. When we did Weeds, no one escapes from being portrayed drastically, and that's pretty much what I like about The Bridge."

"We could've probably gone into all of the clichés about kingpins and this and that, but then I was lucky enough to have my writers on my side, and we wanted to make this guy a very sophisticated man, well educated ... a great wine connoisseur, an opera lover, a music lover. And he was clean-cut, he would never be tacky or anything. He was elegant, dressed impeccably.

"And we came up with a very strong character and we wanted to contrast with that all the things he would move under the table between both cities, Tijuana and San Diego."

On playing Fidel Castro in the film Che

"I had to gain almost 30 pounds when I played Fidel because Fidel was huge.

"When they offered me the part, until we began shooting, I had five months. ... I had a lot of material, videos and recordings and pictures and this and that. I grew my own beard, I dyed it black.

"... The thing with a character like Fidel Castro is that everyone knows who he is and everyone knows how he talks and moves. ... I was lucky to have those five months preparing."