Accessibility links
In 'Drinking Buddies,' Drifting Through The Suds Co-workers in a Chicago brewery teeter on the edge of romance in this mumblecore-ish film starring Olivia Wilde (Thirteen from House M.D.). Even a trip to Costa Rica and copious amounts of beer can't animate a rambling plot.

Kate (Olivia Wilde) and Luke (Jake Johnson) work together at a Chicago brewery — and teeter on the brink of a relationship. But in this film, the work is more compelling than the play. Magnolia Pictures hide caption

Kate (Olivia Wilde) and Luke (Jake Johnson) work together at a Chicago brewery — and teeter on the brink of a relationship. But in this film, the work is more compelling than the play.

Rated R for language throughout

"She's so pretty, she could be in any movie," a fan gushed after a screening of Joe Swanberg's Drinking Buddies. There's a lot more to Olivia Wilde than her feline loveliness, which, combined with a challenging stare that dares you to dismiss her as fluff, reminds me of a young Michelle Pfeiffer. But not much of that is allowed out to play in this strained comic drama about two young couples struggling to answer universal questions in particular ways.

Am I with the right person? Can a man and a woman working in close proximity remain platonic buddies, or will chemistry always trip them up? And while we're asking, are we done yet with hand-held cameras trotting around after flannel-shirted hipsters doing lovelorn improv?

Not necessarily. Off the top of my head I can name at least two great relationship movies by mumblecore grads or affiliates — Aaron Katz's Cold Weather and Lynn Shelton's Your Sister's Sister. And to its credit, Drinking Buddies has no time for aimless slackers. The foursome on tap actually work and do stuff other than beating their chests about Eros.

The heavy lifting of running a Chicago craft brewery, where Kate (Wilde) works alongside her pal Luke (Jake Johnson) in jokey harmony edged with mutual lust, proves more absorbing than the fairly wan yearnings that pass between them. Luke treats Kate with the same amiable camaraderie he shows everyone, including his live-in girlfriend, Jill (Kendrick), who teaches special ed. As for wedlock, "If we really want to get married," Jill says, "I would just like to reopen the floor for that conversation." When people talk like this long before they hit the chapel, you can only hope there's a prenup in place.

Kate, who parties as hard as she works, has a loud, braying laugh that almost matches Luke's feral guffaw. Underneath lurk commitment issues, very likely rooted in abandonment issues. Which may be why she is uneasily hooked up with Chris (Ron Livingston), a music industry chieftain with a turntable and other lifestyle trappings. Kate and Chris are headed nowhere, while Luke and Jill are at a tipping point. Which may or may not be why Chris and Jill exchange a lingering kiss during a weekend hike. It changes everything, though for the life of me I couldn't see why it makes waves rather than eddies.

Swanberg was influenced by two great comedies of sexual and marital indecision, Elaine May's The Heartbreak Kid and Paul Mazursky's Bob & Carol & Ted & Alice. Both were made in the exhausted wake of the '60s, at a time of swiftly changing sexual mores not unlike our own. Swanberg cast his film with bigger-name actors than he's used in his micro-budgeted films till now, before he'd fleshed out character or story. If Drinking Buddies is meant to be his ticket into mainstream comedy, it feels mumblecore-ishly vague and rambling in its construction, like Hannah Takes the Stairs without the raffish charm. 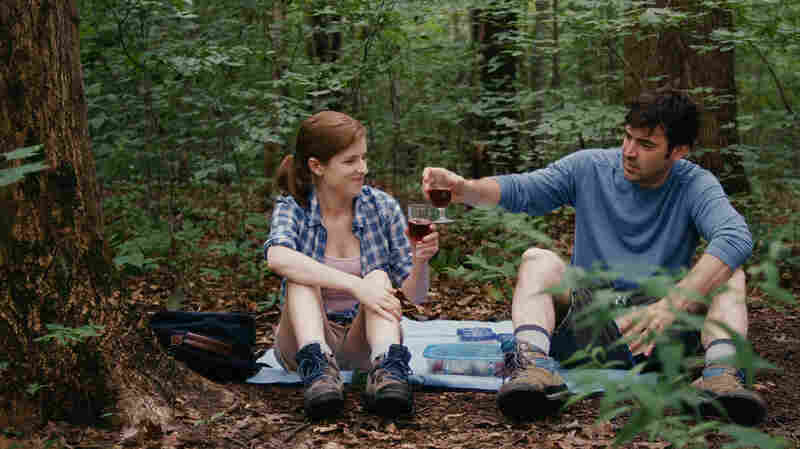 Luke and Kate's significant others — Jill (Anna Kendrick) and Chris (Ron Livingston), respectively — have a flirtation of their own. Magnolia Pictures hide caption 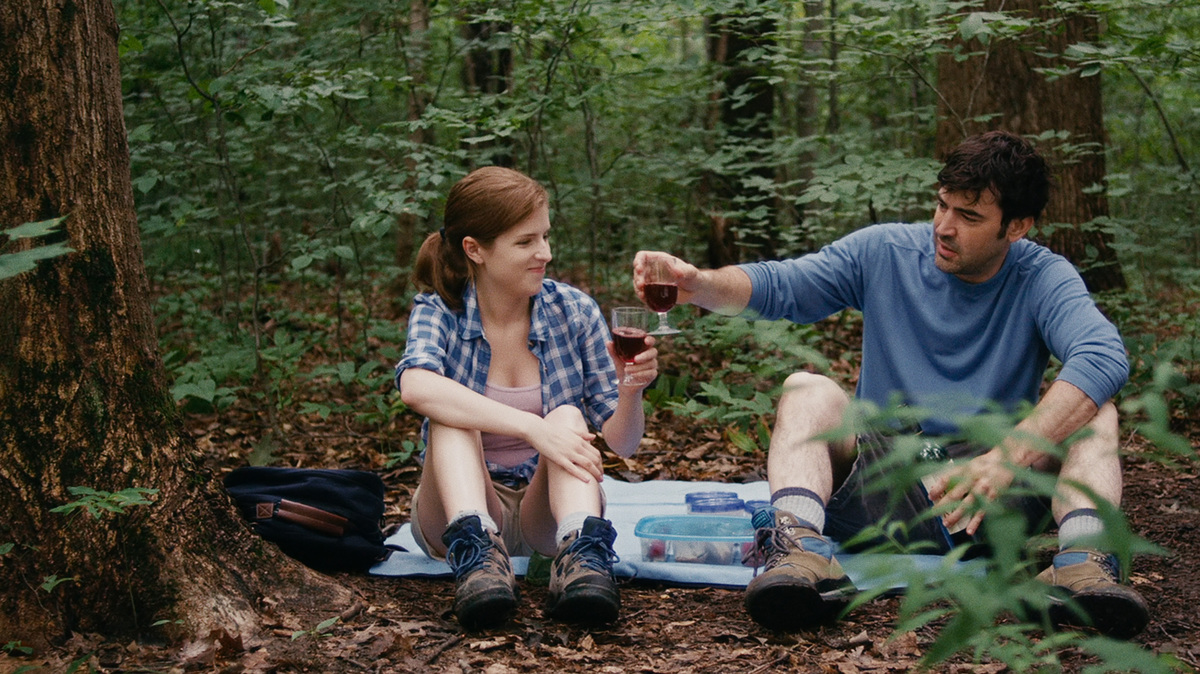 Luke and Kate's significant others — Jill (Anna Kendrick) and Chris (Ron Livingston), respectively — have a flirtation of their own.

Here the actors look fairly panicked, seemingly improvising their unmotivated dialogue without much sense of where it's all going. There are a trip to Costa Rica, an interminable house-moving sequence and a lot of beer-drinking. Mostly, though, they wring their hands and avoid carnal fulfillment of any kind.

The final scene — a wordless, rueful exchange between Kate and Luke in the lunchroom — is funny and telling and divinely goofy. For the rest, as a bewildered Chris says in a whole other context, "I think it's meant to be ironic, but I can't tell anymore."

An earlier version of this review incorrectly stated that the film is set in Texas. It actually takes place in Chicago.