Accessibility links
In Bleak 'Paradise: Faith,' Both Can Seem Distant The centerpiece of Austrian director Ulrich Seidl's trilogy about women on quests is about one, married to a Muslim, who goes door to door to revive Catholicism in her homeland. It is a more difficult film than its predecessor, Paradise: Love, but within its intensity is some heart.

In Bleak 'Paradise: Faith,' Both Can Seem Distant

In Bleak 'Paradise: Faith,' Both Can Seem Distant 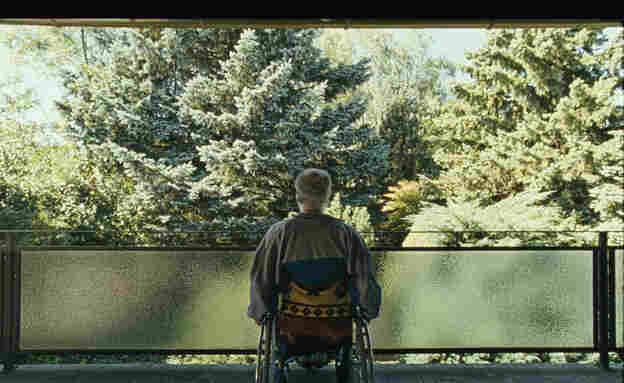 In German and Arabic with subtitles

The difference between a provocative film and a challenging one can be difficult to parse. Yet it's essential to understanding the success and occasional missteps of Ulrich Seidl's Paradise: Faith, the second part in a trilogy that, so far, has excelled at exploring the depths of human misery.

In Paradise: Love, the first film in the trilogy, Seidl initially presented the facade of actual paradise (a beachside Kenyan resort where the film's characters vacation but which we soon realize is a manufactured colonialist vision of heaven more than the thing itself). Faith also begins with a woman taking a vacation, but its protagonist Anna Maria (Maria Hofstätter), a devout Catholic, uses her time off for less extravagant endeavors. She gives her apartment a thorough cleaning, then goes door to door in Vienna's immigrant neighborhoods trying to convert others to her faith.

The discomforting colonial reality of Love's setting gave that film added irony. It also offered a strong thematic complement to its central story. In Faith, Seidl takes much longer to widen his lens in the same way. Vague allusions to the problems of immigrant assimilation in Europe notwithstanding, at first Seidl focuses primarily on Anna's religious routines — her evangelizing and her strict personal faith — and his film lags as a result. A major twist comes at the end of the first act with the unwanted return of Anna's paraplegic, Muslim husband, Nabil (Nabil Saleh), but even here Seidl takes his time to draw out the complexities of their relationship.

When Seidl does let the story take shape, the film reaches for and achieves the same heights of despair as Love. Nabil begins as a victimized husband trying to rehabilitate a loveless marriage. With time, he is revealed as violent, paranoid and controlling — as dismissive of his wife's feelings and beliefs as she is of his. The distress we feel at watching the couple's clash of emotions and civilizations comes not only from the psychological scars the two impart on each other. More troubling is how their relationship chips away at whatever ethical or moral ground still exists in Seidl's already bleak worldview. 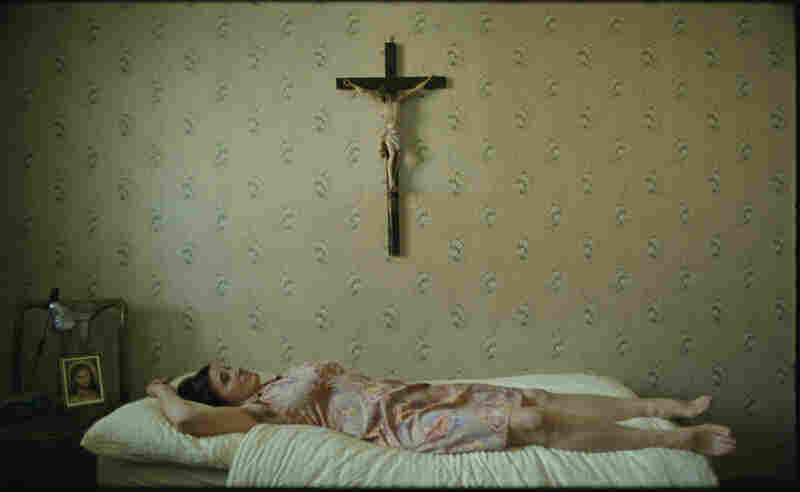 Anna Maria (Maria Hofstätter) is a devout Catholic who spends her vacation going door to door to convert immigrants in Vienna to her faith. Strand Releasing hide caption 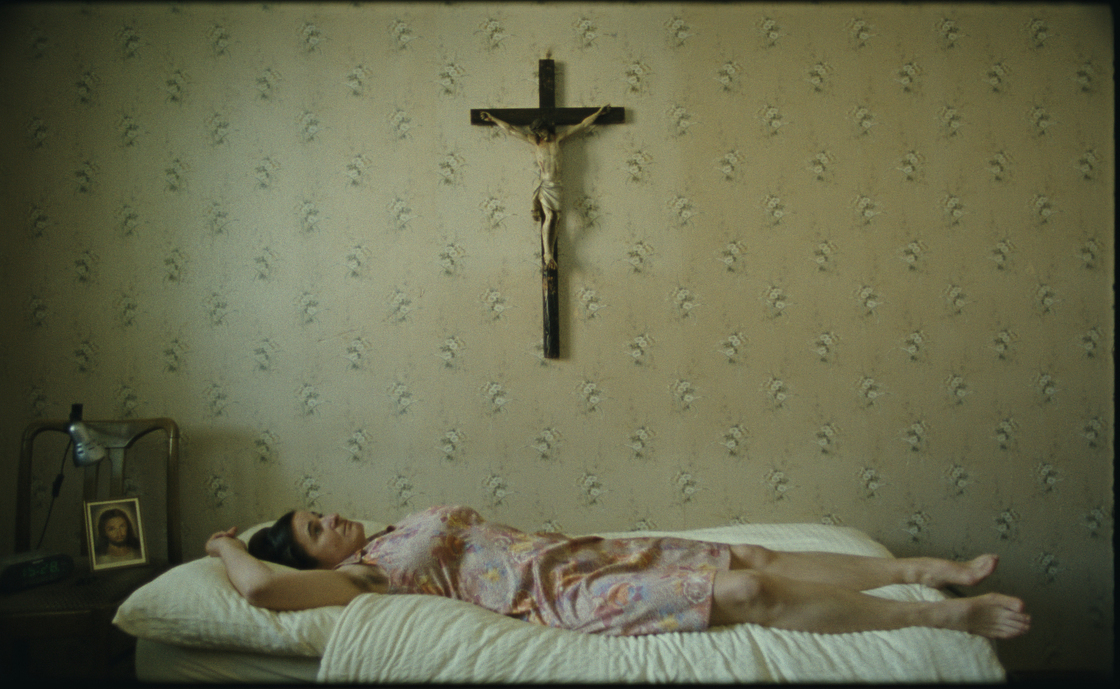 Anna Maria (Maria Hofstätter) is a devout Catholic who spends her vacation going door to door to convert immigrants in Vienna to her faith.

Faith is a brutal, unflinching, anxiety-inducing, almost unbearably hard to watch film. Its slow start is partly justifiable as a way to ease us into the increasing menace and despondency of its second half, which climaxes, as in Love, with a set of brilliant scenes: unvarnished portrayals of the lows of humanity Seidl has been circling throughout.

How does one recommend such a film? In Faith's case, it can be harder to than with Love, which, even as its protagonist's self-destructive behavior became increasingly difficult to countenance, demonstrated a care for her that gave the film a humanist heart. In Love, Seidl seemed to be testing the limits of our faith in humanity by subjecting us to some of its more deplorable or pitiful aspects, but at least that faith was always still in play.

With Faith we approach ever closer to an irredeemable view of our species. It's unclear who or what these characters can turn to for consolation or how they might manage to fill the holes they have in their lives.

This makes Faith an even more difficult film than Love. Goodness at the heart of humanity is harder to see in Faith. At points, particularly in some of early scenes showing Anna's self-flagellation, the film also approaches the territory of provocation for its own sake, which at this level of harsh realism would constitute an attack on human nature.

But somehow, even as the film's second half grows increasingly disturbing, we begin to hear the humanist heart of Love still very faintly beating, if not through Faith's hope for its characters' futures then in its clear revulsion over their suffering. The third film in Seidl's trilogy is titled Paradise: Hope, and while we may be left with little of that at the end of Faith, we are not at misanthropy yet. And that means that if you're up for its challenge, Faith still reaps rewards. (Recommended)