Accessibility links
'You're What I Wanted': Assembling The Family Stone Members Cynthia Robinson and Jerry Martini say that, when crafting the lineup of his pioneering funk and soul band, Sly Stone was a man on a mission. 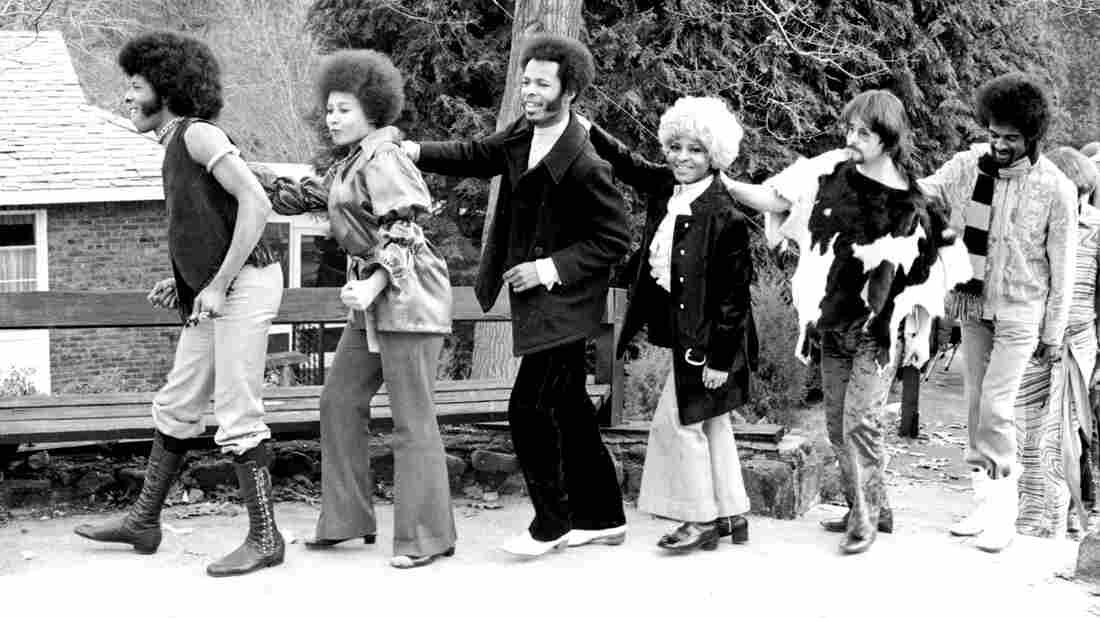 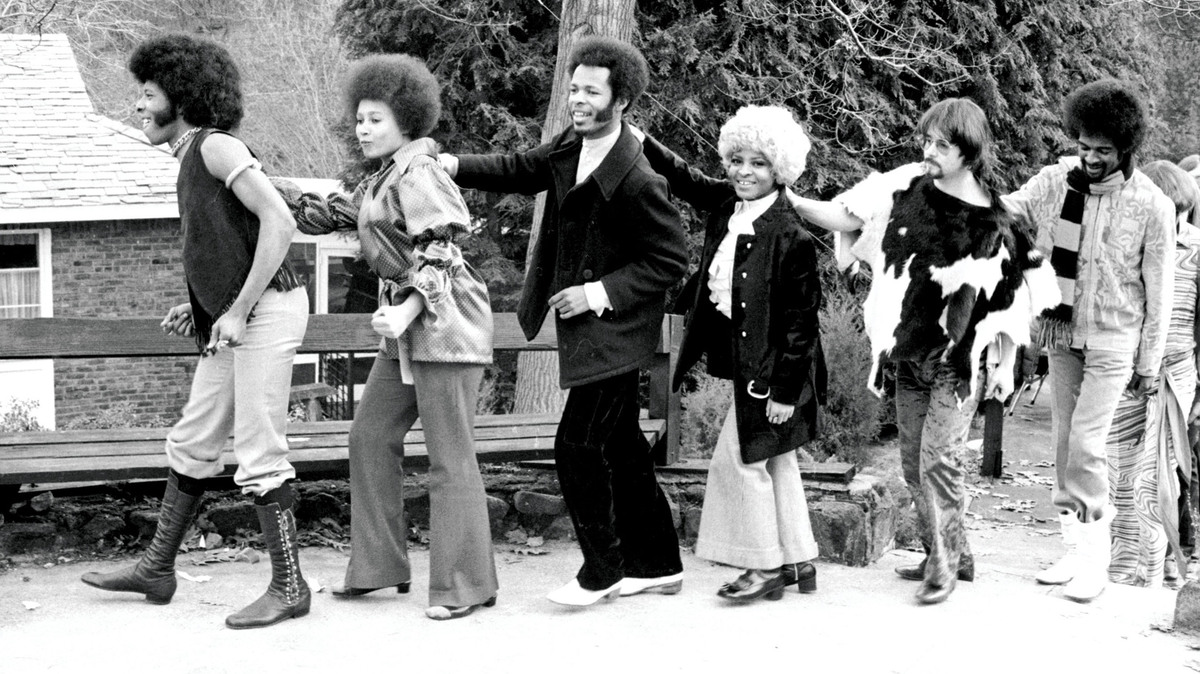 Stephen Paley/Courtesy of the artist

"I think he was looking for good musicians, and he knew quite a few. He sees the heart of a person."

That's how Cynthia Robinson, founding member of Sly & The Family Stone, characterizes the charismatic frontman's choice of backing players. The band, which pioneered a blend of funk, soul, jazz and pop, began in 1960s San Francisco as a kind of blended family: black and white, men and women.

It was something of a first for a major American rock band, whose legacy remains strong and is celebrated on a new box set titled Higher! Robinson, the band's trumpet player, says she doesn't think race or gender entered into decisions surrounding the lineup. Saxophone player Jerry Martini, however, says he believes that Stone's choice of bandmates was intentional.

"I said, 'You know, I know a lot of other African-American sax players that can just burn me.' He goes, 'But you're what I wanted,'" Martini says. "I didn't say, 'Is it 'cause I'm white?' or anything like that. But I just saw him as a visionary person who knew the group that he put together represented a lot of society."

Stone himself acknowledged in a 2009 interview with KCRW that he had in mind a mix of race and gender. That mission wasn't always easy: Jerry Martini says he remembers a point when Stone was pressured by the Black Panthers to kick the white members out of the band.

"I was in the airport when they approached and they told me to get ... out of the way," Martini says. "Sly always, always stood up for me, and in many instances, he saved my butt. When I got hit a couple times ... he just stood there ready to fight."

Standing up for others is exactly the message that Sly & The Family Stone intended to convey.

"He made things very simple: To stand for what you believe in," Robinson says. "That could be in any culture; you're going to need to do that. So he knew how to touch upon subjects that meant something to masses of people."

After playing some of the most beautiful and meaningful music of the era, the band dissolved in the late 1970s, partly because of Sly Stone's drug abuse — he rarely showed up for shows. Years later, he was arrested for cocaine possession.

Cynthia Robinson and Jerry Martini say they have no hard feelings; the two still play the old hits in a band called The Family Stone. As for a proper reunion with Sly Stone, Martini says, "I have my fingers crossed."

A previous audio version of this story refers to "Everyday People" as Sly & The Family Stone's "first big hit." That song was the group's first to reach No. 1 on the Billboard charts but "Dance to the Music," which was released earlier and reached No. 8, was considered the group's groundbreaking song.