Accessibility links
The World's Most Precise Clock Could Prove Einstein Wrong Scientists are always looking for a more accurate answer to the question, "What time is it?" Now they've built the most precise atomic clock yet — but it's not just telling time. It has the potential to investigate the accuracy of the General Theory of Relativity. 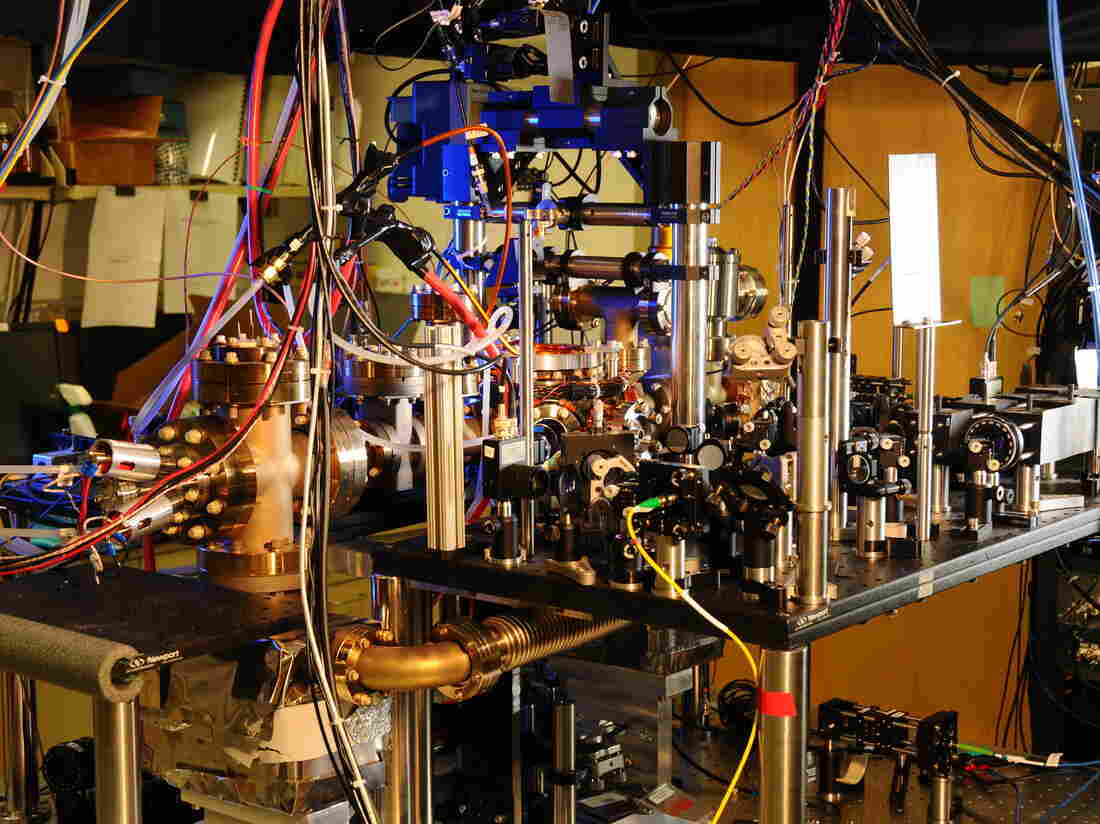 This may look like a mad scientist's garage sale, but it's actually the most precise clock ever built. Jim Burrus/NIST hide caption 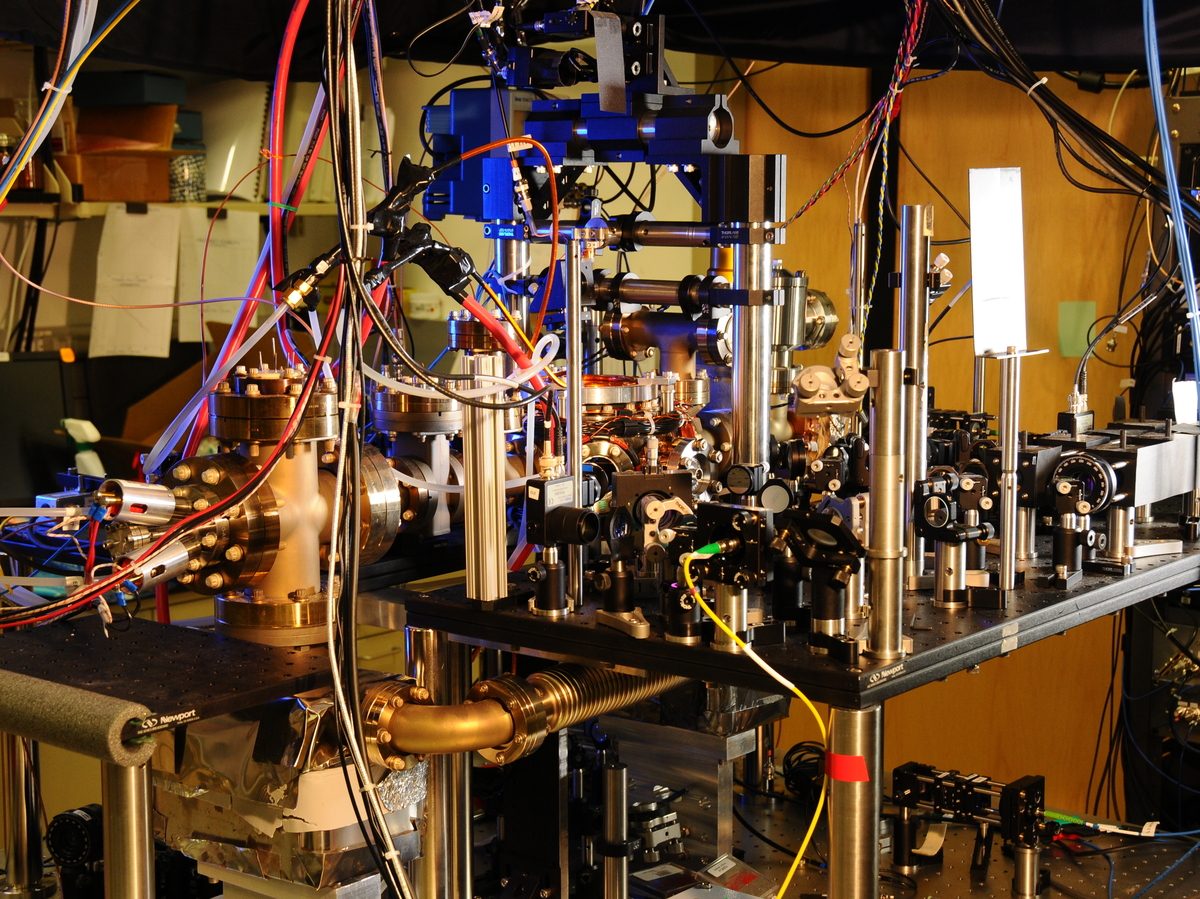 This may look like a mad scientist's garage sale, but it's actually the most precise clock ever built.

What a makes a good clock? Andrew Ludlow, a physicist at the National Institute of Standards and Technology, says one of the most important criteria is stability.

"If you could imagine a grandfather clock and see the pendulum swinging back and forth, ideally that pendulum would swing back and forth very uniformly," Ludlow says. "Each swing would take exactly the same amount of time."

That's stability. But what if something perturbs the system, like a mischievous toddler?

"Imagine that toddler shaking the grandfather clock itself — that oscillation period could vary quite a bit," Ludlow says. "How much that ticking rate varies determines the precision with which you can measure the evolution of time."

Ludlow is a clockmaker, but his clocks don't have pendulums or gears. They are atomic clocks that rely on what Ludlow calls "the natural internal ticking of the atom."

Every atom of a given element has its own characteristic resonant frequency. The speed of that vibration is very consistent and very fast — there are quadrillions of "ticks" every second. Atomic-clock makers use the regularity of these vibrations to keep time with extreme accuracy.

Toddlers can't mess up these clocks, but there's still a little instability. Atoms move around, and that makes their vibrations slightly harder to measure. So Ludlow and his team used a lattice of lasers to trap the atoms and then cool them down. With the atoms frozen in place, the scientists could more accurately measure their vibration.

Wait A Second, And What Else To Do With It

Ludlow's clock is 10 times more accurate than the last model. It's the most precise atomic clock ever built.

"Obviously getting to a meeting on time doesn't require this type of precision," Ludlow says. "But believe it or not, there's a number of both scientific and technical applications."

Better atomic clocks will facilitate more precise GPS and faster telecommunication networks. And some physicists are excited about another application: testing Einstein's Theory of Relativity.

"Today many scientists believe that the theory of relativity is incompatible with other physical theories," Ludlow says.

Einstein predicted that certain physical properties, like the strength of the interaction between photons and electrons, or the ratio of the mass of electrons and protons, should never change. But competing theories say that those "fundamental constants" might actually fluctuate and such changes would slightly influence the ticking speed of atomic clocks.

"As clocks become better and better, they become more and more useful tools to explore this possible variation," Ludlow says.

Einstein also predicted that clocks in different gravitational fields would tick at different speeds. For example, a clock in Boulder, Colo., which is a mile above sea level, would feel a slightly weaker gravitational pull than a clock at sea level in Washington, D.C. As a result, it would tick just a bit faster — and after 200,000 years it would be a full second ahead.

That's not much of an effect, but it's big enough for most atomic clocks to measure. And Ludlow's clock can register the change in gravity across a single inch of elevation. That kind of sensitivity will allow scientists to test Einstein's theories with greater precision in the real world.