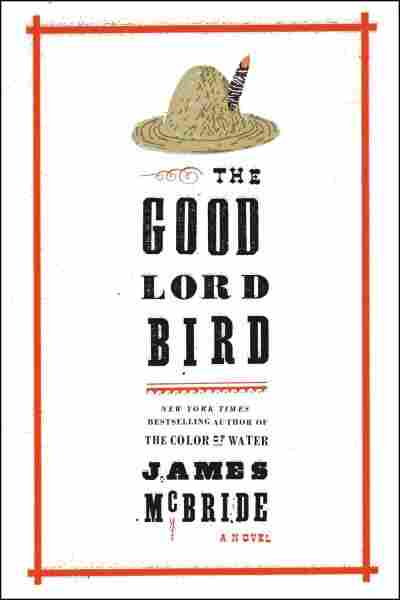 "I was born a colored man and don't you forget it," announces Henry Shackleford in the opening pages of musician and author James McBride's novel, The Good Lord Bird. A manuscript, supposedly discovered after a church fire cleanup, offers the first person account of Henry, a young slave living in the Kansas Territories in 1857, as he becomes involved – reluctantly – with the anti-slavery forces led by John Brown.

Brown, who was considered a hero to some and a terrorist to others, led the ill-fated 1859 Harpers Ferry raid that kick-started the Civil War. Following a violent confrontation at his master's tavern, Henry rather unwillingly joins Brown's anti-slavery crusade.

The child is deemed a good luck charm by Brown and his followers, who rename him "the Onion." And through Onion, McBride offers a mash-up of history and fiction that is as provocative as its main character is low. Although Onion is a child of 10 when we meet him, as a committed ne'er-do-well he is difficult to embrace.

Onion exploits his petite size for a gender reassignment: already a motherless boy when he first encounters Brown, he becomes an orphan girl by the time he is kidnapped hours later. The switch is immediately accepted by all the whites he encounters — and yet black women, in particular, can immediately detect his ruse. Although he is admittedly lazy, he figures out how to skillfully don bonnets and pantaloons, and manages to survive life as a rough riding (and rot-gut drinking) former slave girl.

Although Onion is initially embarrassed to be mistaken for a girl, he rather quickly adjusts to the ease of it. And while he's scheming to escape from Brown's rag-tag militia, he is also trying to figure his own personal — and sexual — identity. The only time he quibbles about being a girl is when Cupid's arrow pierces his heart, and Onion comes dangerously close to revealing his true nature. Otherwise, he's prone to sneaking a sip of joy juice while sidestepping the advances of curious figures.

It is the elusive (and now extinct) ivory-billed woodpecker — known as the "Good Lord Bird" because of the exclamations of awed onlookers — which provides a point of calm in Onion's tumultuous life. "They say a feather from a Good Lord Bird'll bring you understanding that'll last your whole life," one of Brown's sons explains, when they stumble upon the shy bird while foraging for provisions.

In Onion's eyes, the deeply religious Brown teeters precariously between sanity and noble reformer. As Brown prepares for his clandestine mission, it is evident that his faith is complicated by his doubts that whites can rise above racism – and that African-Americans will band together in insurrection. Brown turns to Onion to help organize the hoped-for uprising — but general suspicion among the blacks derails the girl-boy's project.

In the novel, an elderly Harriet Tubman lends her support to the raid, but is too ill to participate. She does, however, bequeath to Onion her colorful scarf, and the fabric — well known to the conductors of the Underground Railroad — becomes a mark of her endorsement, and grants him entree where he'd be otherwise rebuffed. In reality, Brown was accompanied to Harpers Ferry by 19 men — all of whom, including Brown, were eventually captured and killed. But McBride adds a darkly comic plot twist that is admittedly hard to wrap your head around: What if Old John Brown spent his last four years tending a prepubescent transvestite who became the only one to escape the raid unscathed?

This is a story that popular culture doesn't often visit, and it takes a daring writer to tackle a decidedly unflattering pre-Civil War story. Yet, in McBride's capable hands, the indelicate matter of a befuddled tween from the mid-19th century provides a new perspective on one of the most decisive periods in the history of this country.

Bobbi Booker is a Philadelphia-based journalist, radio personality and blogger. You can find her online at By Bobbi Booker.

Read an excerpt of The Good Lord Bird