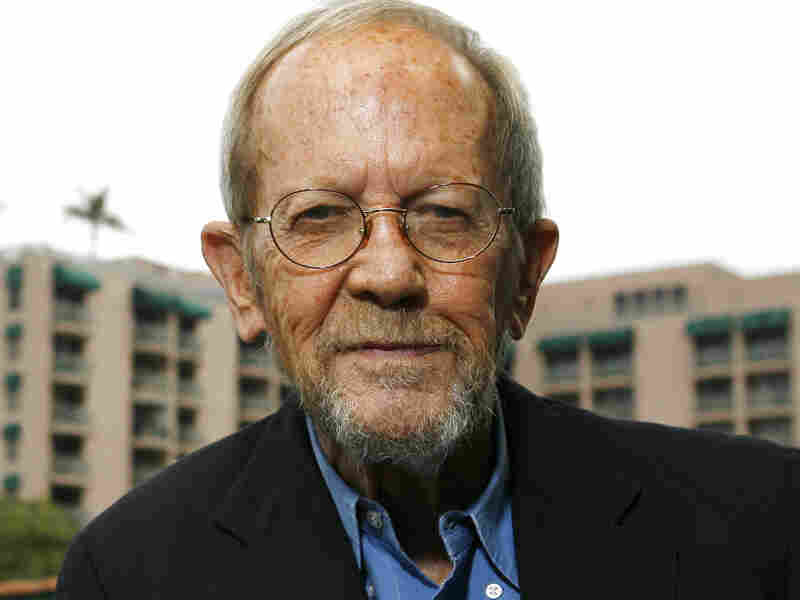 Many of Elmore Leonard's stories have been adapted for the screen, from the movie Get Shorty to the TV show, Justified. Vince Bucci/Getty Images hide caption 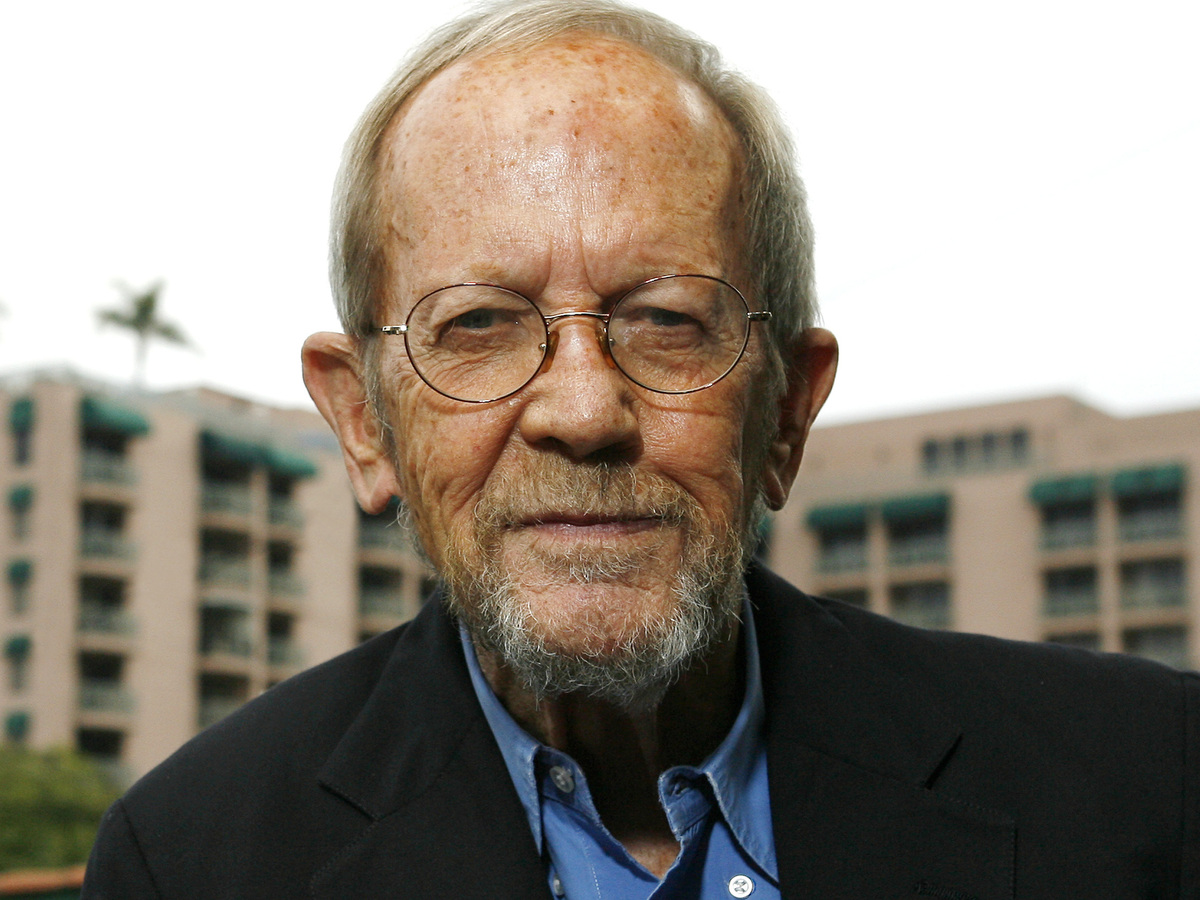 Many of Elmore Leonard's stories have been adapted for the screen, from the movie Get Shorty to the TV show, Justified.

Elmore Leonard was a writer who hated — and I don't mean disliked; Elmore had a contempt for putting pretty clothes on hard, direct words, so I mean hated — literature, or at least what he believed a lot of people mean when they say liter-a-ture, as if it were a Members Only club.

Elmore Leonard wrote for a living, from the time in his 20s when he turned out ads for Detroit department stores and vacuum cleaners during the day, and wrote cowboy and crime stories for pulp magazines at night.

He died on Tuesday, at the age of 87, after a career in which he wrote over 40 novels with vivid characters speaking spare, funny, flinty dialog.

"I think of them as normal people," he said of the quotable criminals he put into his stories. "The guy who's going to rob a bank gets up in the morning and thinks, 'What am I going to have for breakfast? What am I going to wear today?'"

I interviewed Elmore at a Tucson book festival in 2010. Just before going onstage we thumbed through a program listing all the esteemed authors, of which he was easily the best-known and, he told me, the one who had won no prestigious fellowships and few awards.

"Most of these writers don't write for a living," he said. "They write for tenure. Or for the New York Times. Or to get invited to conferences like this. When you write to make the rent or send your kids to school, you learn how to write without a lot of nonsense."

When he repeated something like that onstage, the room rocked with laughter and applause. In his 80s, Elmore had become the kind of star who could tweak his hosts and be loved for it.

But he seemed only amused by the critical accolades that came late in life. "If you get old enough," he said, "even critics begin to think you must be doing something right."

When Elmore Leonard began to write for a living, there didn't seem to be such a big, fat line between literature and entertainment. People read for fun, to learn, to be transported by the pleasure of words, plots, places and the companionship of characters.

If you look at the fiction bestseller lists of 1950, you see Hemingway, Robert Penn Warren, Tennessee Williams, John Hersey, Nevil Shute, Alberto Moravia, AJ Cronin — authors who are still read and enjoyed. Take a look at this week's list and ask yourself: how many of those books and authors will still be read decades from now?

Elmore Leonard may not have liked literature much, but he loved writing. As one of his characters says in his 2012 novel, Raylan, if " you don't have a good time doin' crime, you may as well find a job."