Accessibility links
Atheists Take Old Hymns Out Of The Chapel And Into The Streets For 40 years, the Renaissance Street Singers have given free public performances of sacred music. But they insist that their mission is not religious in nature. 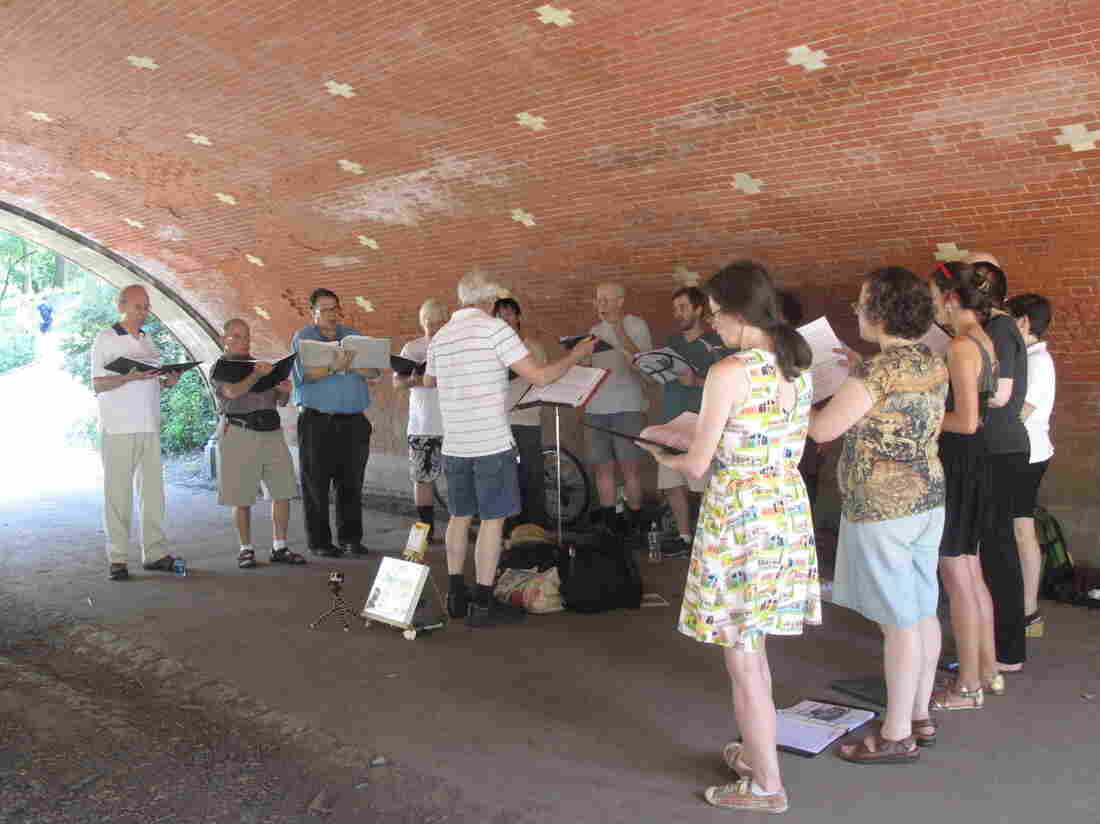 The Renaissance Street Singers give a performance at the Winterdale Arch, near the West 81st Street gate in Central Park. Joel Rose/NPR hide caption 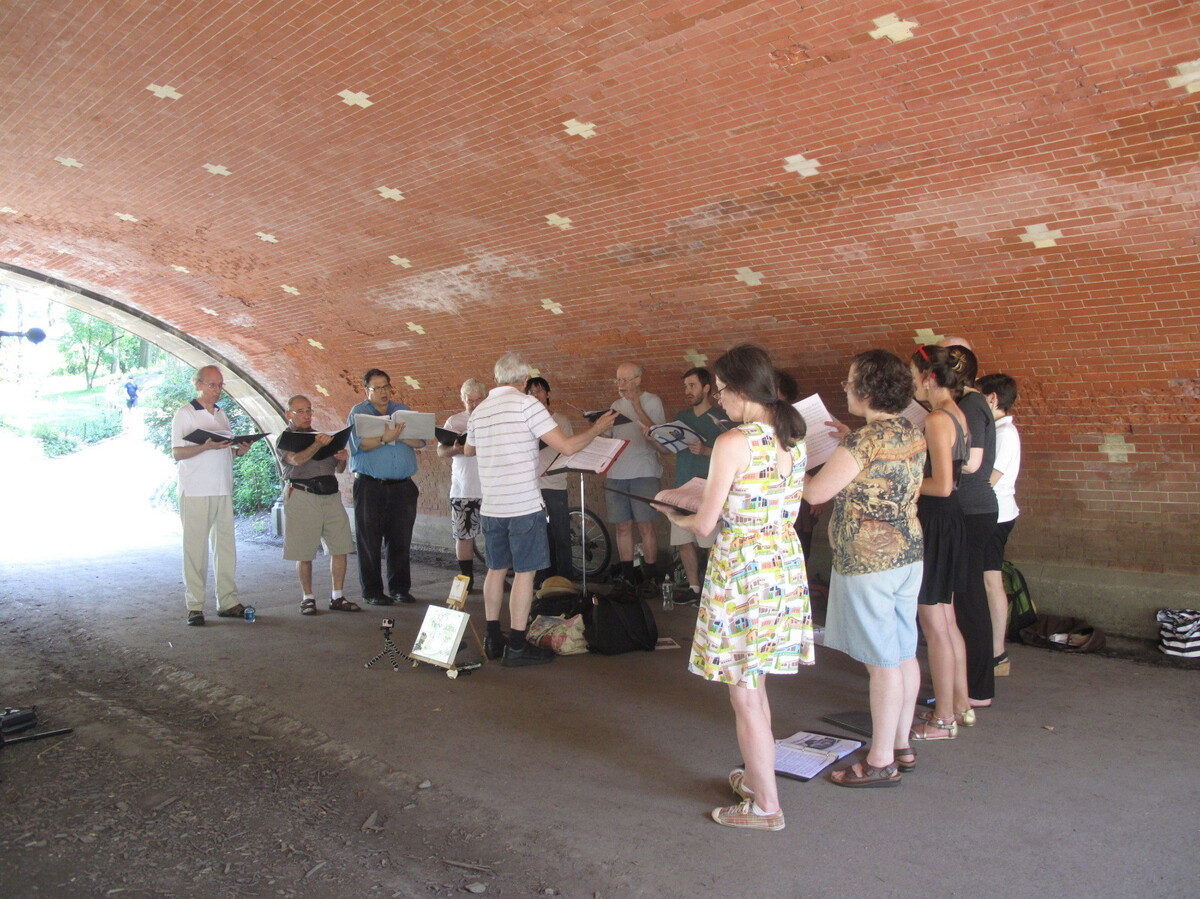 The Renaissance Street Singers give a performance at the Winterdale Arch, near the West 81st Street gate in Central Park.

On a recent Sunday afternoon, 15 members of the Renaissance Street Singers gathered under a bridge in New York's Central Park. With little fanfare, they launched into a free, two-hour concert of music by Palestrina, des Prez and other composers who lived more than 500 years ago.

The Renaissance Street Singers have been performing sacred music in public spaces for 40 years. On city sidewalks, in train stations, in public parks — anywhere they can find an audience. But these singers insist that their mission is not a religious one. The group consists mostly of self-described atheists who nonetheless share a deep reverence for the hymns, psalms and motets of the 16th century.

"It's simple, un-gussied music," says John Hetland, founder and director of the Renaissance Street Singers. "It's not anything showy. It's just beautiful music."

Hetland says he's loved this music ever since he was a child growing up in Wisconsin, where his father was a Lutheran minister who taught his children to sing during long family car trips.

"It was religious music, when my dad was a minister," Hetland says. "I was religious at that time. We all were. None of us are now, as far as I know."

But Hetland says he still loves the music of the church. He moved to New York in the 1960s, and in 1973 put an ad in the Village Voice looking for singers who shared his love.

Janet Pascal was one of the first to answer the call.

"I saw them on the street, actually," Pascal says. "I remember I walked past them and I looked and thought, 'I would never do that,' because they're standing in the middle of a city street singing Renaissance music. And I thought I would never have the guts. And then I started thinking about it. And I thought, 'What a lovely thing to do.'"

Some passersby stop to listen for a song, or three. Others just keep walking. But Sigmund Rosen says the group is its own best audience, and that the music gives them plenty to work with.

"A lot of modern composers are pianists or theorists," Rosen says. "But they didn't start off necessarily as singers. All these Renaissance composers were singers. And the music that they made was built for singing."

The music was also built to be sung in church, by composers who believed deeply in the words they were setting to music — whereas most of the Renaissance Street Singers do not.

"I like to say that for an atheist and a Jew, I spend a lot time singing about Jesus," says Nancy Mandel, who's been singing with the group since the mid-'70s. "If I don't believe the actual things that are being said in the words, it's the act of singing together itself which is the most important meaningful thing — without which the rest of this couldn't happen."

A few of the singers are practicing Jews or Christians. But most identify as atheist or agnostic — including Daniel Winckler, who's a relative newcomer after only eight years with the group.

"Since I don't believe in God, the closest I get to a religious experience or an ecstatic experience is singing," Winckler says. "I still crave experiences that are transcendent in some way. And singing music, making music is one way."

"It's like a family," Pascal says. "This is closer to a family than anything else I have in New York. I see the same people every other week. We know all about each other. We care about each other."