Accessibility links
Quitting Your Job For Fantasy Football Drew Dinkmeyer was an investment analyst. Pretty steady job, right? He left that job - in this economic climate - to become a full-time fantasy sports player. 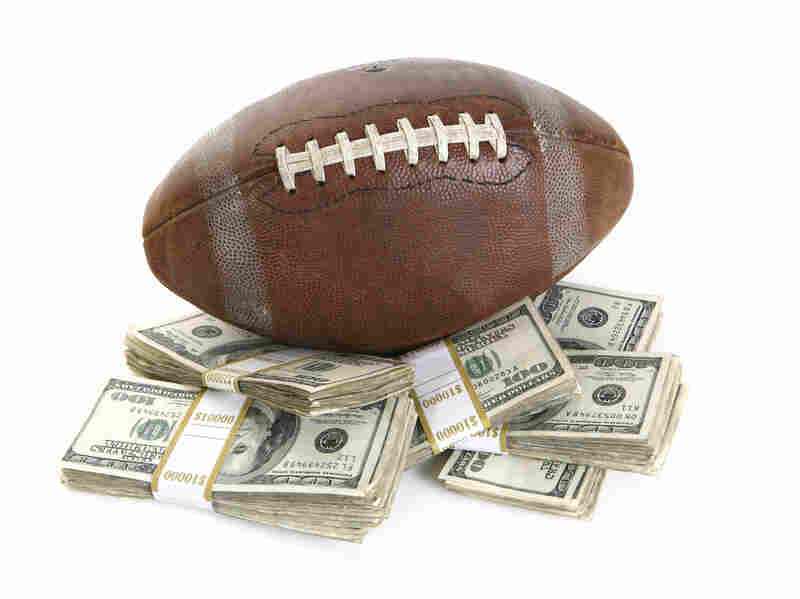 You may just call it late summer; for many die-hard sports fans, it's called fantasy football drafting season.

Fantasy sports is a huge business, with an estimated 36 million people in the U.S. and Canada picking teams and talkin' trash, according to the Fantasy Sports Trade Association.

And now we may be at a tipping point.

As Dinkmeyer explained to NPR's Jacki Lyden, he can afford to take such a risk because he gambles multiple games a day on upward of $500 each game — a far cry from the once-a-season cash outlay that many gamers throw down.

"So after a few years of playing," he said, "I started to have income levels that were commensurate with what I was making in the financial world. And it started to become more of a reality and less of a dream."

Dinkmeyer likens what he does to day-trading on the stock market.

"What you're doing is you're trying to find a company that is trading for less than it's really worth. ... So if there's a company out there that's priced at $50 on a given day, and you think that company is really worth $60 or $70, you want to own that company and invest in that company, and that's the same thing daily fantasy players are doing.

"They're given a list of prices for all the individual players, and they have to figure out which ones are worth more than those actual prices to compile the best team that can put together the most points."

Combined with his incomes as a writer for fantasy sports websites and a host on satellite radio, Dinkmeyer says he can live out this sports fantasy for the long haul.

"This is something that I imagine doing for the rest of my life."