Accessibility links
For Arab World's Christians, An Uncertain Fate As Egypt plunges into unrest amid the military-backed government's crackdown on demonstrators, the country's Christian minority has been targeted by Islamic extremists. Their fate mirrors conditions faced by Christians across the Middle East. 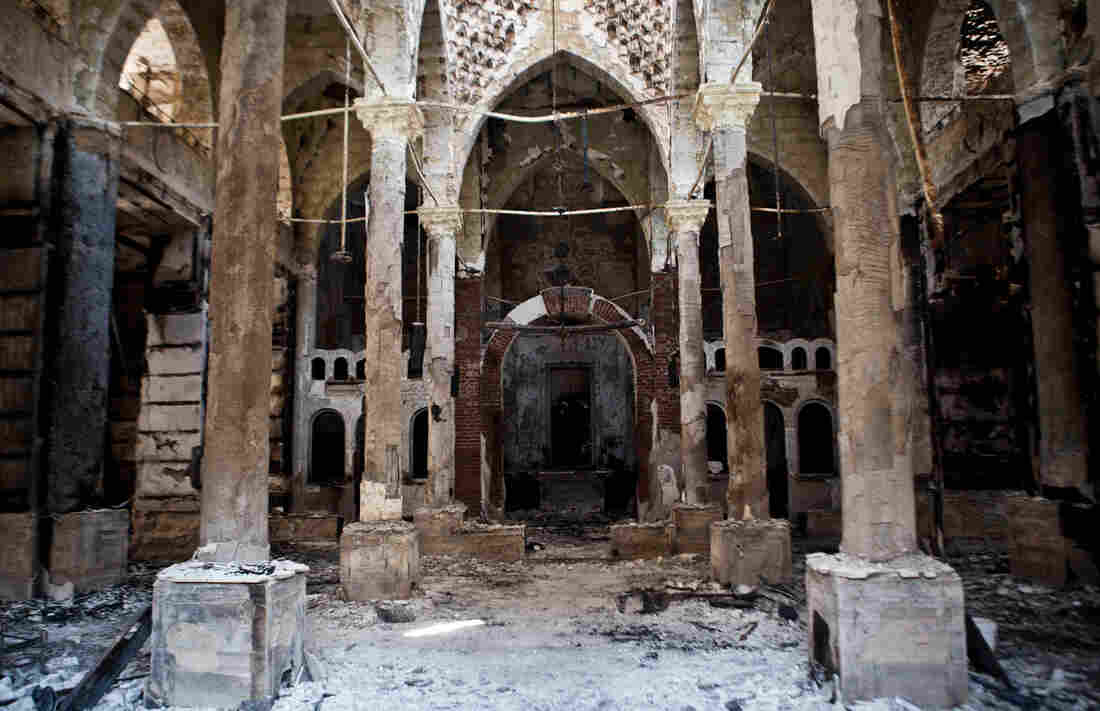 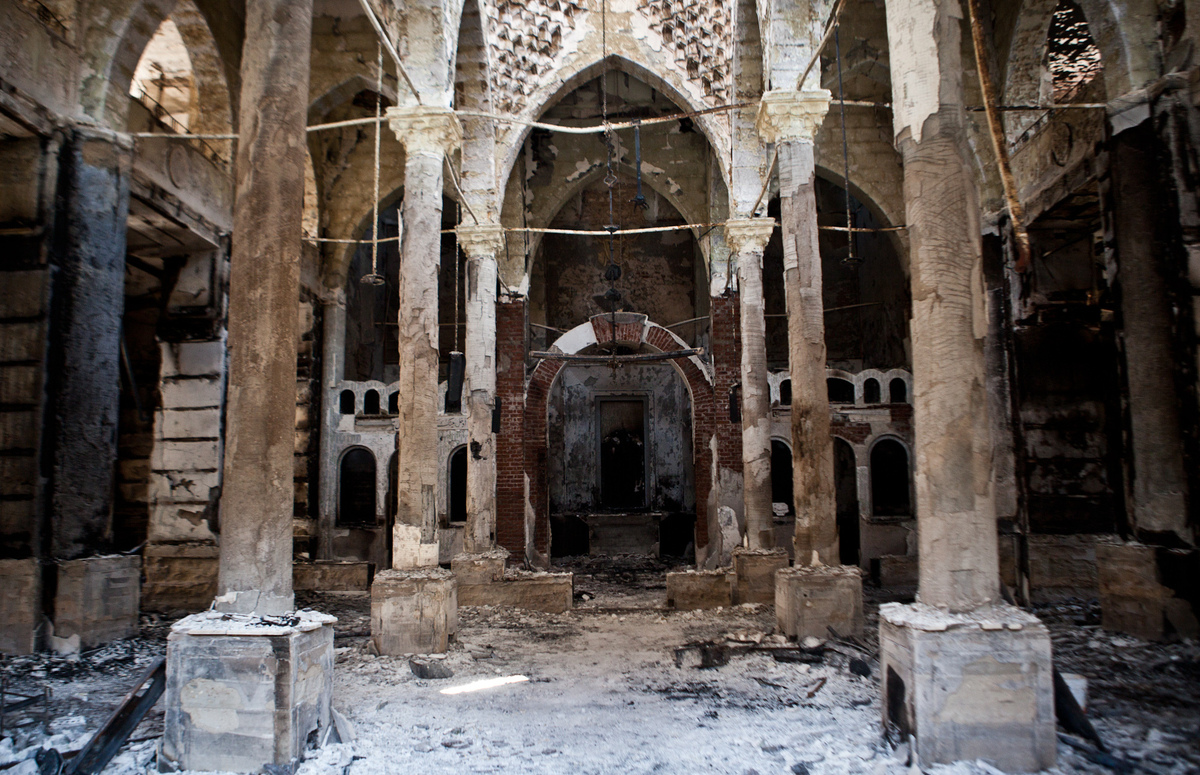 The Amir Tadros Coptic Church in Minya, Egypt, was set ablaze on Aug. 14.

As Egypt plunges into unrest amid the military-backed government's crackdown on demonstrators, the country's Christian minority has been targeted by Islamic extremists.

Dozens of churches have been burned, ransacked and looted since the government began fighting against supporters of the Muslim Brotherhood and ousted President Mohammed Morsi two weeks ago.

Video posted on YouTube shows the streets of the city of Minya, 190 miles south of Cairo, by night, an orange glow in the sky. The video shows flames bursting from the arched windows of a Coptic Christian church. Young men toss wooden boards and rocks at the facade.

Activists and human rights groups say this scene has played out dozens of times around the country, where Christians make up approximately 10 percent of the population.

The Egyptian Initiative for Personal Rights, an Egyptian human rights group, has documented attacks on at least 45 churches this summer. Eight schools were also attacked, along with two charities and at least one orphanage.

"Burning our churches, killing our brothers and sisters and looting our shops and our stores," says Mina Thabet, an engineer and activist with the Coptic Christian group Maspero Youth Union, tells Jacki Lyden, host of weekends on All Things Considered, from Cairo. "I have seen the real meaning of hate." 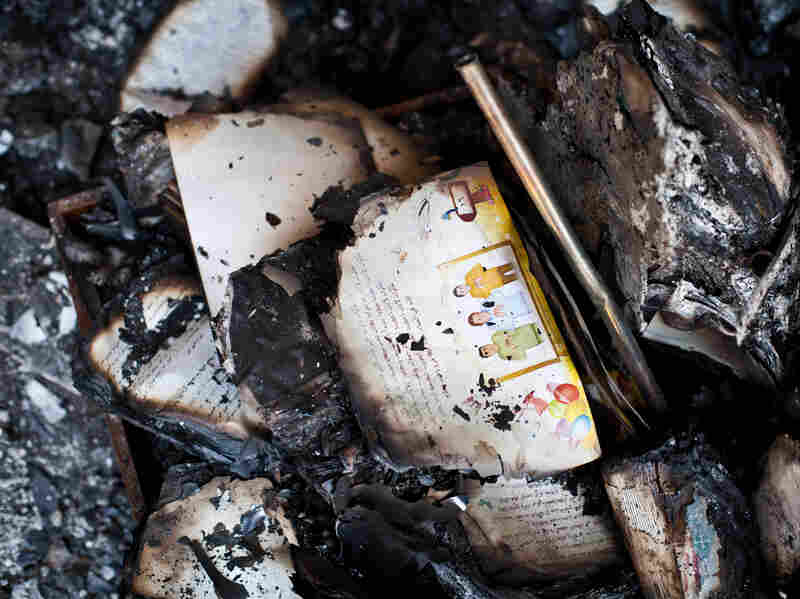 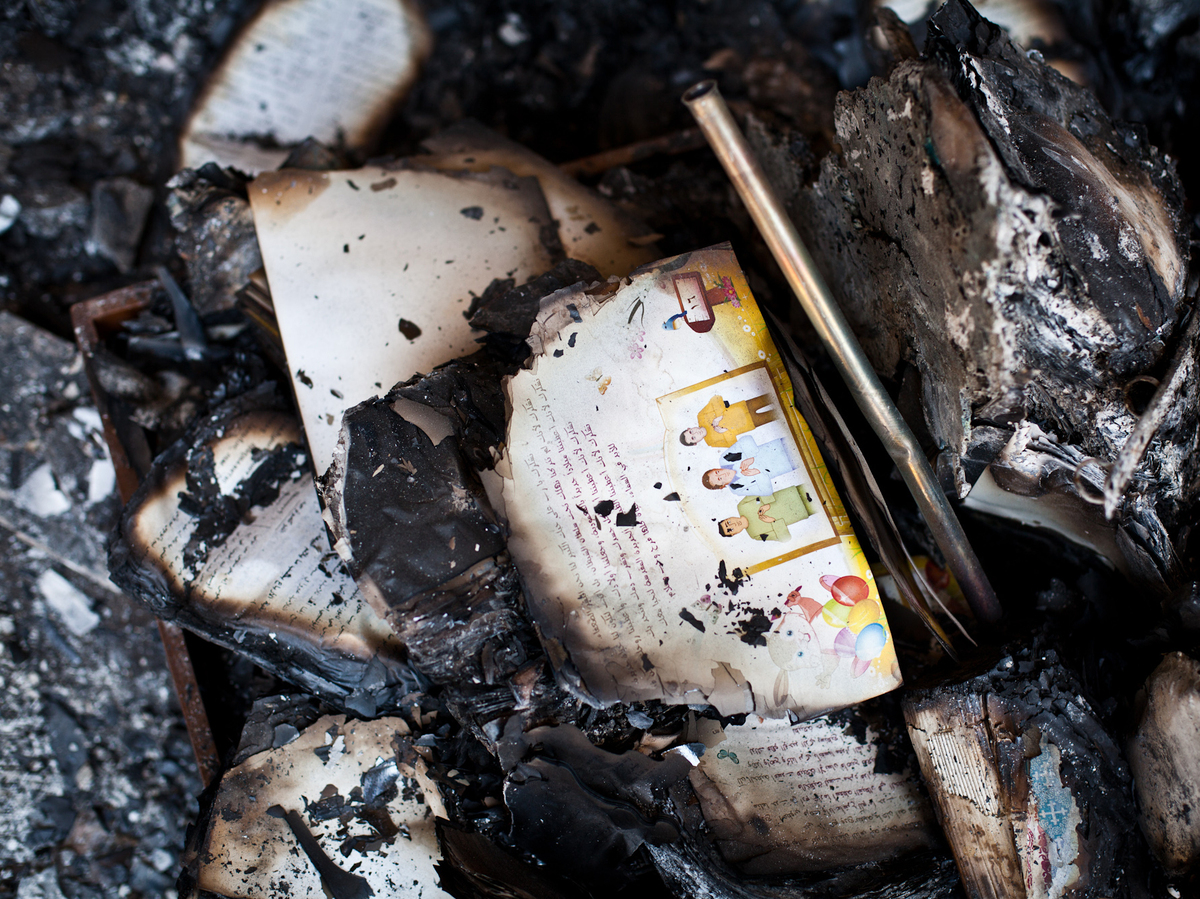 That hate, he says, has come from the Muslim Brotherhood and extremist Islamic groups. He also blames the government for failing to provide security. Thabet and other Christians are worried.

"I feel not safe now, but I have hope. I have hope, and I think there will be a chance to rebuild," Thabet says. "And we will not leave our country. We will live here, and we will die here."

The experience of Christians in Egypt is not unique to that country. Christians make up small but significant minorities in several countries in the region.

"And so ... their forms of Christianity are actually older than, for example, Protestant religious traditions."

He says the U.S. invasion of Iraq in 2003 and the revolutions of the Arab Spring have brought open sectarian conflict.

"Historically, when European colonialism came to the Arab world, they were often seen as European Christian powers that came and conquered, bringing the Christian faith," Esposito says. "And so if you will, the centuries-long Christians that were already been living there were often brush-stroked by that association with Christianity."

In addition, Esposito says Syria's Assad regime and Iraq's Saddam Hussein used their relationship with these communities in exchange for support.

In Iraq, the indigenous Christian population "lived within Saddam's Iraq and, relatively speaking, had religious freedom, access to education and lived in relatively good relations and peace with their Muslim neighbors," Esposito says. "With the invasion of Iraq and its occupation, and then the growing militancy in that post-period between Sunni and Shia militants, Christians got caught in a crossfire."

The resulting anti-Christian sentiment sparked killings and bombings of churches and an exodus of Iraqi Christians, he says.

Many of these Christians went to northern Iraq as well as Syria. Recently, there has been news of attacks on churches and kidnappings of clergy members in Syria.

"The influx of Christians from Iraq has affected Syrian Christians from the time of the uprising in Syria because Syrian Christians, when they saw the Iraqis coming in, their great fear was that any kind of overthrow of the government would mean they'd suffer the same kind of consequences as occurred in Iraq," Esposito says. "And indeed, as we've seen more militant groups coming into Syria to fight, they have in fact targeted Christians."

Esposito says the fate of Christians in the Middle East will vary by country.

"I think that the jury is really out on Iraq. We have seen significant numbers [flee] Iraq. I think the same situation is faced by many Christians in Syria," he says. "This is a watershed moment in terms of the issue of democracy, rights for all people regardless of their religion, including the rights of Muslims. ... For people who are minorities, vis a vis the powers that be, they face a very tough time."