Accessibility links
Two Officers, Black And White, On Walking The '63 March Beat Joseph Burden and Martin Niverth, officers with the segregated D.C. police department, were both assigned to patrol the March on Washington. Burden, who is black, worked while wishing he could participate. And Niverth, a white man, was surprised to be assigned a black partner for the day. 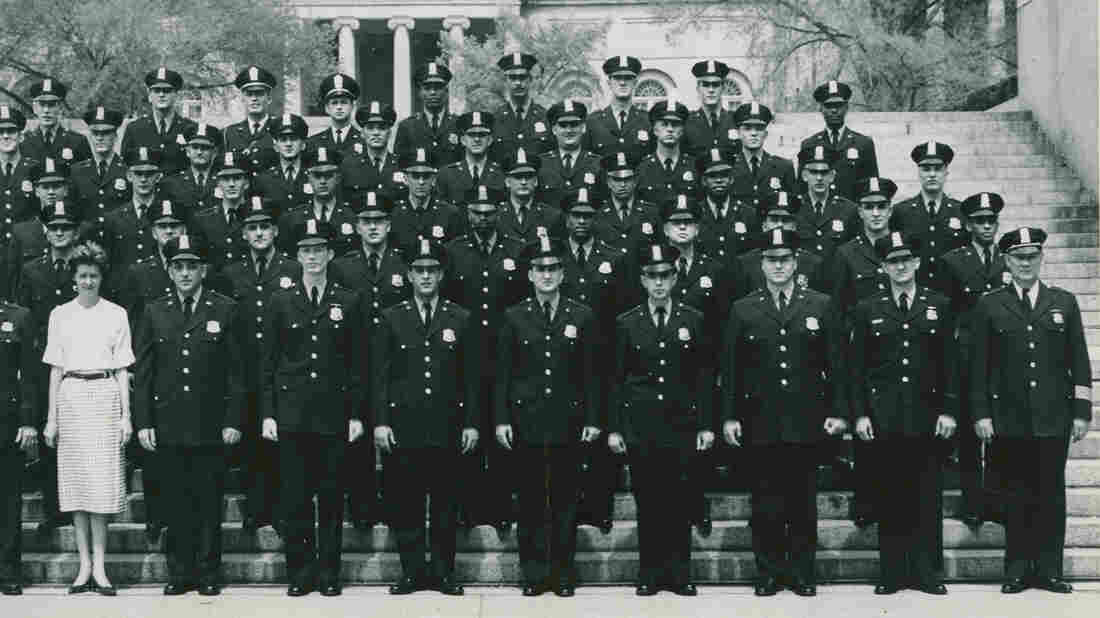 Joseph Burden (third row, third from right) with his graduating class at Washington, D.C.'s Metropolitan Police Department training academy in 1960. Every officer on the force was required to work the day of the March on Washington. Courtesy of Joseph Burden hide caption

For the month of August, Morning Edition and The Race Card Project are looking back at a seminal moment in civil rights history: the March on Washington for Jobs and Freedom, where the Rev. Martin Luther King Jr. delivered his iconic "I Have a Dream Speech" Aug. 28, 1963. Approximately 250,000 people descended on the nation's capital from all over the country for the mass demonstration.

Through The Race Card Project's six-word stories, we'll meet some of the people who witnessed that history and hear their memories and reflections on race relations in America today.

With hindsight, we now know the March on Washington was a peaceful event. But two former D.C. police officers who worked the event that day remember that there was no guarantee that the day would go smoothly.

Back in 1963, Joseph Burden, who is black, and Martin Niverth, who is white, were both rookie cops with the D.C. police department, living in a highly segregated city and working for a segregated police force. 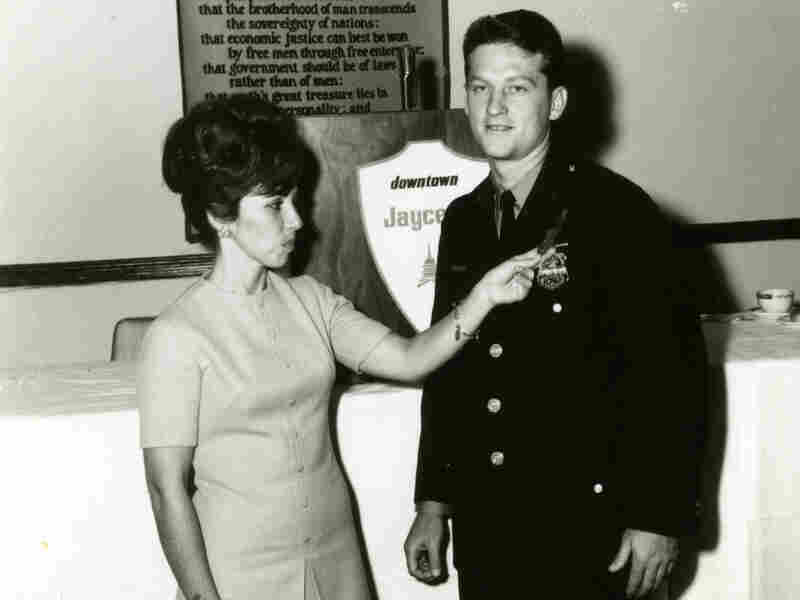 Martin Niverth with his wife Nancy, when Martin was named "officer of the month" in 1964. Courtesy of Martin Niverth hide caption 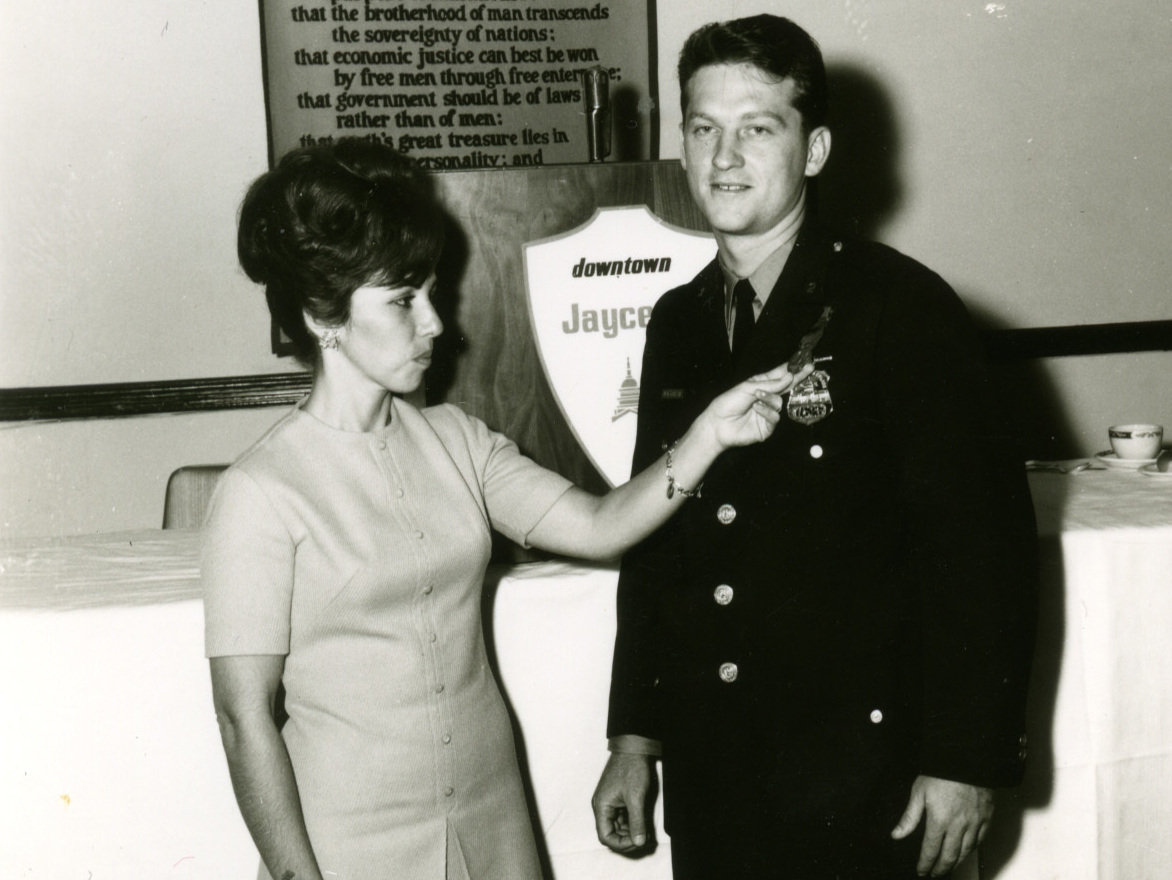 Martin Niverth with his wife Nancy, when Martin was named "officer of the month" in 1964.

"I do recall, at one time, they passed out 3x5 cards and ... instructed us to write down whether you would like to work with an integrated partner," Burden remembers. "The 'noes' were overwhelming. So it was quite obvious that, as far as they [the white officers] were concerned, they didn't want to work with us. And I guess they really had very little use for Martin Luther King."

All Hands On Deck

For a segregated police force, a mass demonstration calling for racial equality presented challenges. The police department readied the officers by stressing the need to maintain order and the dignity of the force. After all, this was just months after Birmingham's commissioner for public safety, Eugene "Bull" Connor, had unleashed dogs and fire hoses on peaceful demonstrators in that city.

Though 19,000 federal troops were stationed just outside the D.C. city limits, police officers in Washington were not instructed to wear riot gear. Officers wore "no special equipment, just regular uniforms that we would use if we were walking the beat," Burden says.

"Before I went to work, I shined my shoes, cleaned by brass, checked my revolver, and made sure I had my badge and my wallet," Niverth recalls.

Everyone worked that day — no vacation days were granted. The entire force gathered early at the police garage downtown for instructions. It was a hot, humid day in the nation's capital, even at 6 a.m., Niverth remembers. Both officers recall that the instructions were fairly simple: Be alert. Be safe. Keep calm. 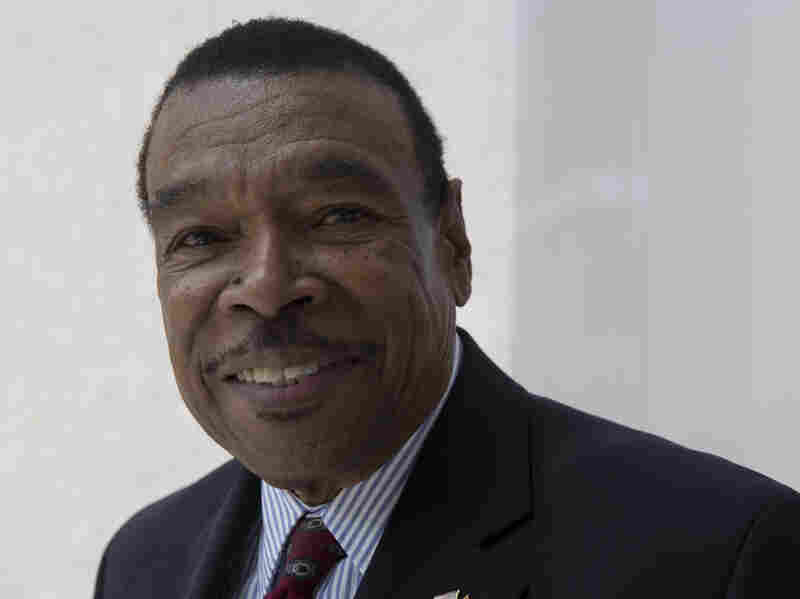 Burden spent much of his police career working with youth. Now retired, he still lives in the Washington area. Erica Yoon/NPR hide caption 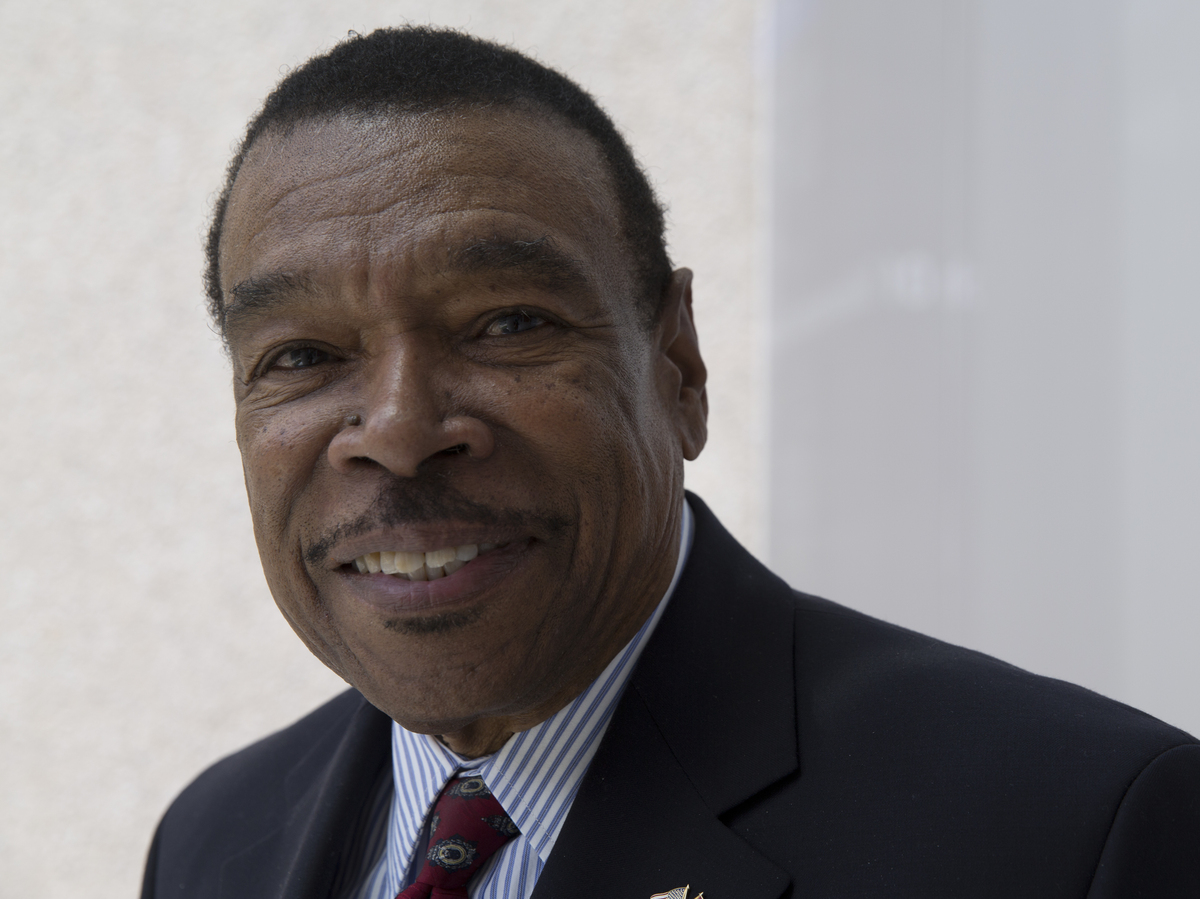 Burden spent much of his police career working with youth. Now retired, he still lives in the Washington area.

Burden was assigned to the Lincoln Memorial and ended up on the steps right behind where Martin Luther King Jr. gave his speech. Niverth was instructed to patrol a several-block stretch along the National Mall, quite a distance from where the central activities were taking place.

"You just do what you do any other day, you know," he says. "You just walked the beat, [made] sure things are orderly."

But Niverth's partner assignment that day was anything but routine.

"I don't know why they did this; they assigned me with another rookie — and he was a black officer," Niverth says. "His name was William Wallace."

"I wasn't out there too long before I did realize that this was a pretty significant event," Niverth says. By 9 a.m., "people started to show up, and they started to show up in great numbers. ... You could see they had a purpose. But they weren't angry. I didn't feel threatened as a police officer on the street."

In fact, one black family in attendance shared their lunch with Niverth and Wallace. "Me and Wallace walked over and they asked us if we wanted something. And they gave us a small plate."

Niverth and Wallace may have had shared personal ambitions for growth in their department, but the signs and speakers at the March reminded Niverth that the playing field was not level back in 1963.

"We weren't walking the beat in our area too long and [Wallace] says, 'Marty, ... I hope you think this is an important day, that it's important to us.'

And as speaker after speaker called for equality and justice, Burden felt somewhat torn as a rookie cop. "Being a police officer, not too long out of the police academy, you're thinking more of the law than you are thinking in terms of how you fit into the big picture," Burden says. "So I was thinking in terms of, you know, if you're shutting down traffic and what not, that's a violation."

Yet the marchers were fighting for rights that Burden didn't have. "When I saw those signs and placards and whatnot that the people were holding, then I realized, you know, they were speaking about me as well.

"You know, I had a job, but I needed the freedom as well. I was thinking back on the times when I couldn't go into the five-and-dime store to drink a Coke at the counter, and I couldn't go to the theaters downtown and things of this nature," Burden continues. "When I think back, yes, I wish I could have marched."

A Changed Force, A Changed Nation

Burden and Niverth both say that, in all their years of police work, the March for Jobs and Freedom was the most peaceful and most festive mass demonstration they had ever seen. The event helped usher in a new era in the D.C. Police Department — more promotions, more integrated partnerships and more recruiting of women and people of color.

Two years later, Joe Burden became one of the first black officers assigned to an integrated patrol car in Washington. And Martin Niverth became lifelong friends with William Wallace, the officer with whom he was partnered at the march in '63. Both officers are now retired from the D.C. police department, but still live in the Washington area.

When asked to share his six words about race relations in America today, Niverth offers, "Progress, but long way to go." He chose those words, he says, "because I was under the false impression that civil rights causes were resolved. Until some of the recent things have been occurring, and state legislators about voting rights, etc."

Burden's six words reflect the many years of his police career spent working with young people: "The youngsters are making the changes."