Accessibility links
Brainy, Fat And Full Of Ideas: 'Night Film' Is A Good-Natured Thriller In the pages of Marisha Pessl's Night Film, you'll uncover the death of a beautiful woman; her terrifying, filmmaker-father; even a seemingly haunted mansion. But reviewer Meg Wolitzer says that while the book dips into the unsavory and the scary, it stays surprisingly PG. 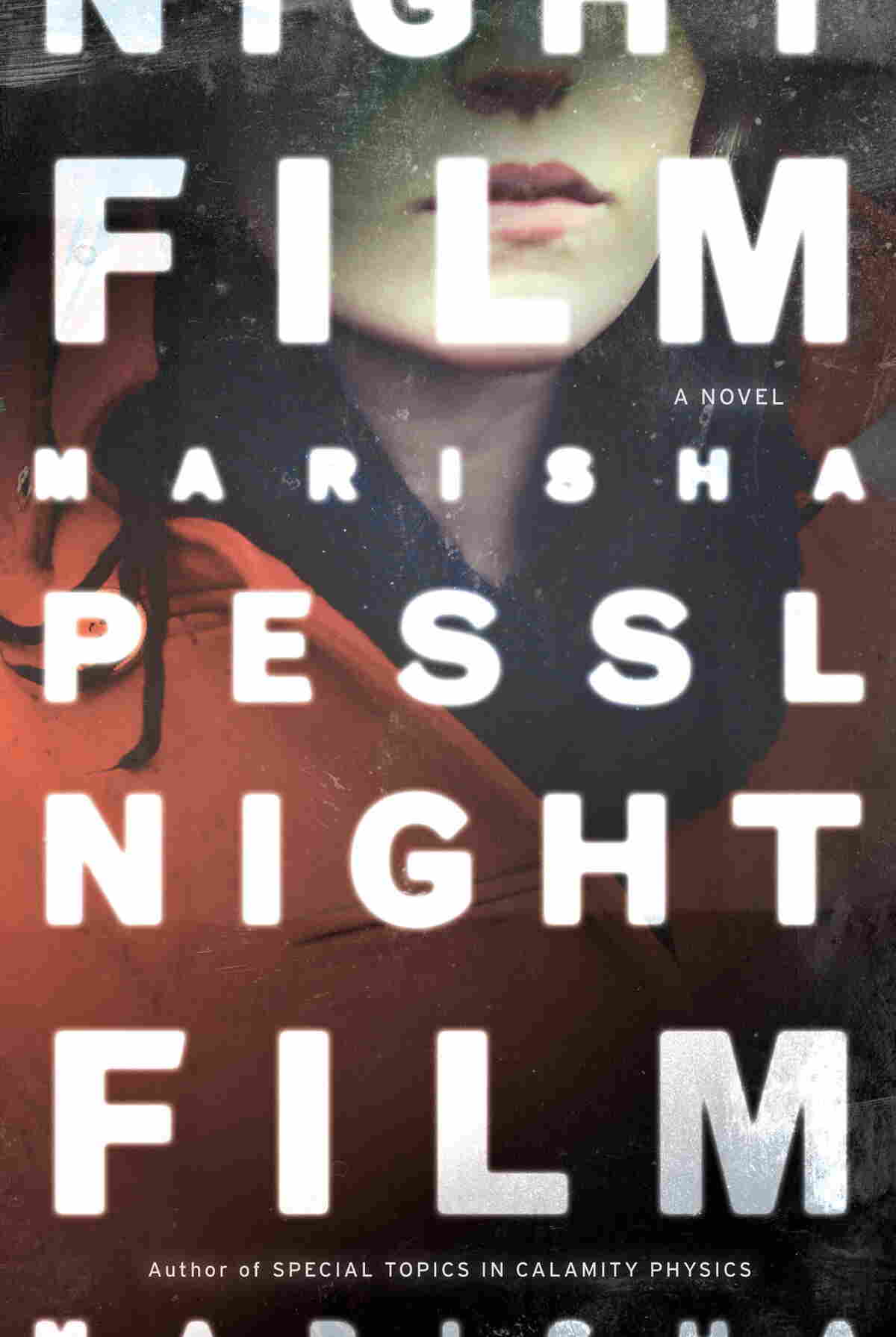 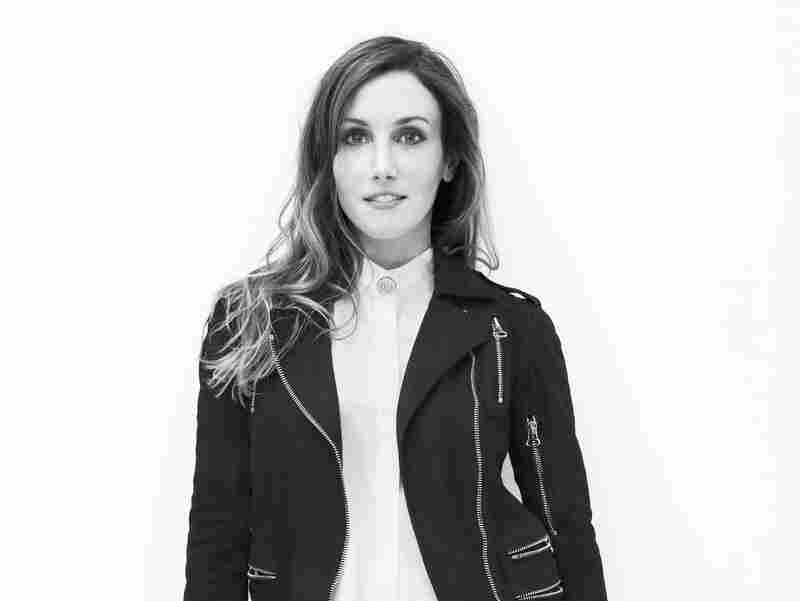 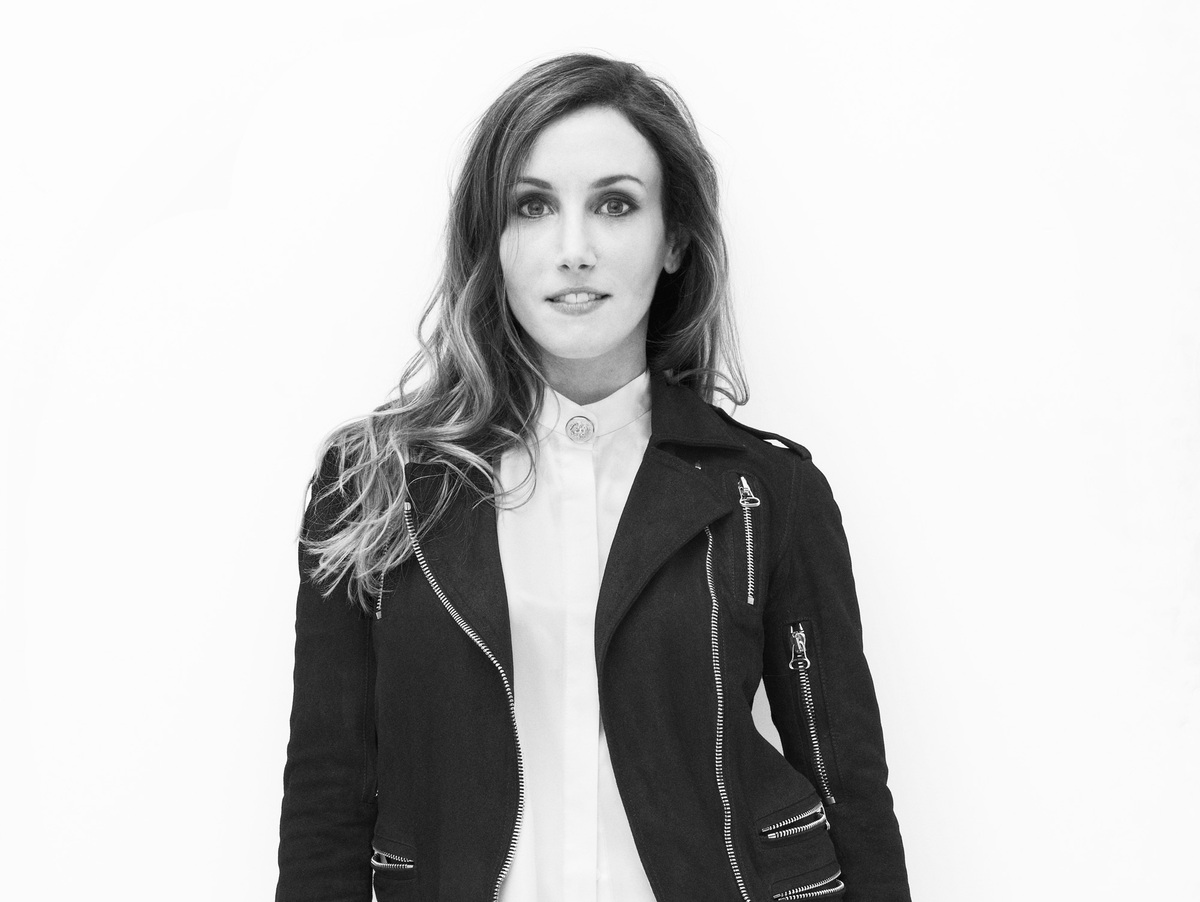 Marisha Pessl is also the author of Special Topics in Calamity Physics.

Novels are low-tech objects. They can't be plugged in, they've got no buttons or knobs, and they don't make your eyes pop out of your head as you watch creatures or asteroids zigzag across a screen. Usually, novels have no visual aids at all. So if you want to know what Anna Karenina looks like, well, you just have to read the book.

But Marisha Pessl's Night Film is eager to bust out of that old-fashioned, "he had blue eyes and she fell to her death" kind of storytelling. This sprawling book uses made-up documents of all kinds: newspaper clippings, photographs, police reports, magazine articles supposedly taken from publications like Time and Rolling Stone, and transcripts of chatter on an ultra-culty, closed online community called "The Blackboards," to tell its thriller of a story.

The narrator, Scott McGrath, is an investigative journalist who's long had his eye on a creepy filmmaker. Stanislas Cordova makes movies supposedly so terrifying that at so-called "red-band screenings," held in condemned buildings or tunnels under the city, some people faint in fear. This might remind you a little of David Foster Wallace's Infinite Jest, in which there's a video that's supposed to be so incredibly entertaining that people who see it simply get totally absorbed in it and eventually die. Actually, readers have compared Pessl with Wallace before; her first novel was also brainy and fat and full of ideas. Night Film is brainy and fat and full of ideas, too, but instead of comparing it with other novels, like most book reviews, I'm tempted to compare it with movies. And that's the point.

In its best moments, reading this book is like sitting in a movie theater in wraparound darkness, feeling a deep chill that's part air conditioning, part anticipation. A lovely, granular black-and-white quality haunts the novel. Pessl has created Cordova's body of work down to the titles and plots and tiny details, as if in some deep part of herself, she really believes these movies, with names like Thumbscrew and At Night All Birds Are Black exist. But that's what novelists do: They believe their own details, and this book is obsessive in the things it describes and catalogs.

What's less obsessive, though, are the descriptions of characters. Scott McGrath, while a lively enough narrator, feels as if he's come from Central Casting, and so does Ashley Cordova, the movie director's beautiful, troubled 24-year-old former piano prodigy of a daughter, who's found dead — probably a suicide — at the bottom of an elevator shaft in Chinatown, a discovery that sets the novel in motion. McGrath, who slandered Stanislas Cordova during a TV interview years earlier, is drawn back toward the story of this man and his daughter, even though it naturally puts him in peril.

Pessl channels hard-boiled movies and pulpy paperbacks here, and as a result, everyone feels a bit like a B-movie character; even their names sound phony. They sound a little like names of characters on the TV show Dark Shadows — Barnabas Collins — which I watched every day after school with Yodels and milk, when I was 9.

But most readers of this novel will not be 9. And maybe, like me, they'll be used to reading about characters who are as fleshed out as their surroundings. Granted, that would be a challenge in this case because Pessl has created surroundings that are uncommonly full and complicated, and a story that takes you down many paths and into various subcultures, such as an S+M club and a lawless and cruel wilderness program for problem teenagers. All of it is dark, dark stuff.

I realized, when I finished the book, that even though it dips into the unsavory and the scary, and even though while you read it you think, ooh, this is weird, heavy stuff, there's a surprisingly good-natured quality to all of it that keeps it mostly pretty PG. As for those terrifying Cordova movies, I guess I'll have to take Pessl's word for it. I never felt any fear when I imagined watching them. I can't say I minded, actually; I'm someone who was scared to death by the original version of The Fly, especially the part where the fly has the head of a white-haired old man, and in this tiny little voice, he says "Helllllp ... meeeeee ..." Just thinking about it still creeps me out. But thinking about Night Film, does not creep me out. It gives me a sort of pleasurable feeling as I recall its highly imagined world.

There's a very nifty ending — but then there's sort of another ending, and another. It was almost as if the author didn't want to let go, and I don't blame her. It must have been a fun and exhausting book to write, a total-immersion experience. Reading it isn't exhausting at all; it's easy and enjoyable.

This book is like a big fun-house — Pessl lets you decide if you want to believe its magic. I probably won't remember all that much of the plot a few weeks from now and the characters are basically vehicles for an overarching idea more than anything else. But Marisha Pessl had an extremely cool and intricate idea for a novel, and ultimately it works. I was totally happy to sit in the darkness until the very last page, and I didn't move a muscle until the lights came up.