Accessibility links
Conan's 'Uphill Climb' To Late-Night Throne When O'Brien took over for David Letterman on NBC's Late Night, he had virtually no on-air experience. In a 2003 interview, O'Brien tells Fresh Air's Terry Gross about his efforts to fill Letterman's shoes and how his Irish-Catholic repression fuels his comedy. 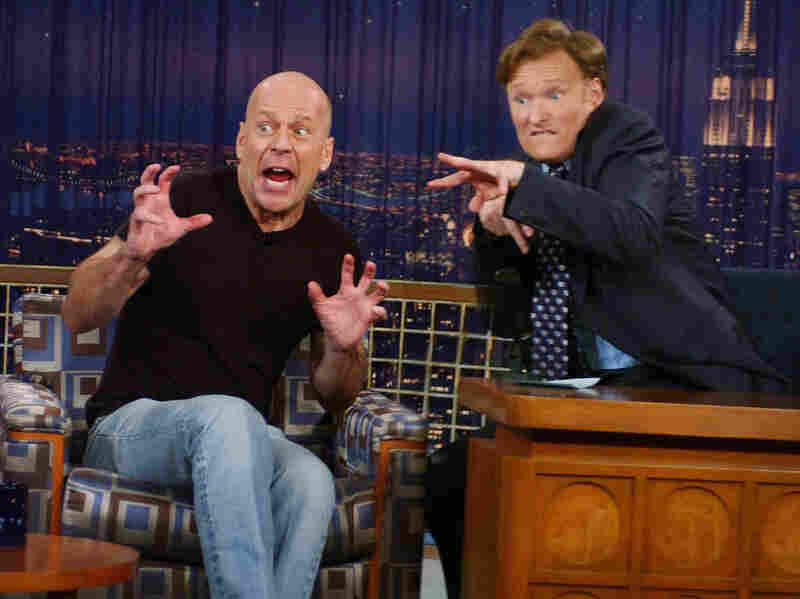 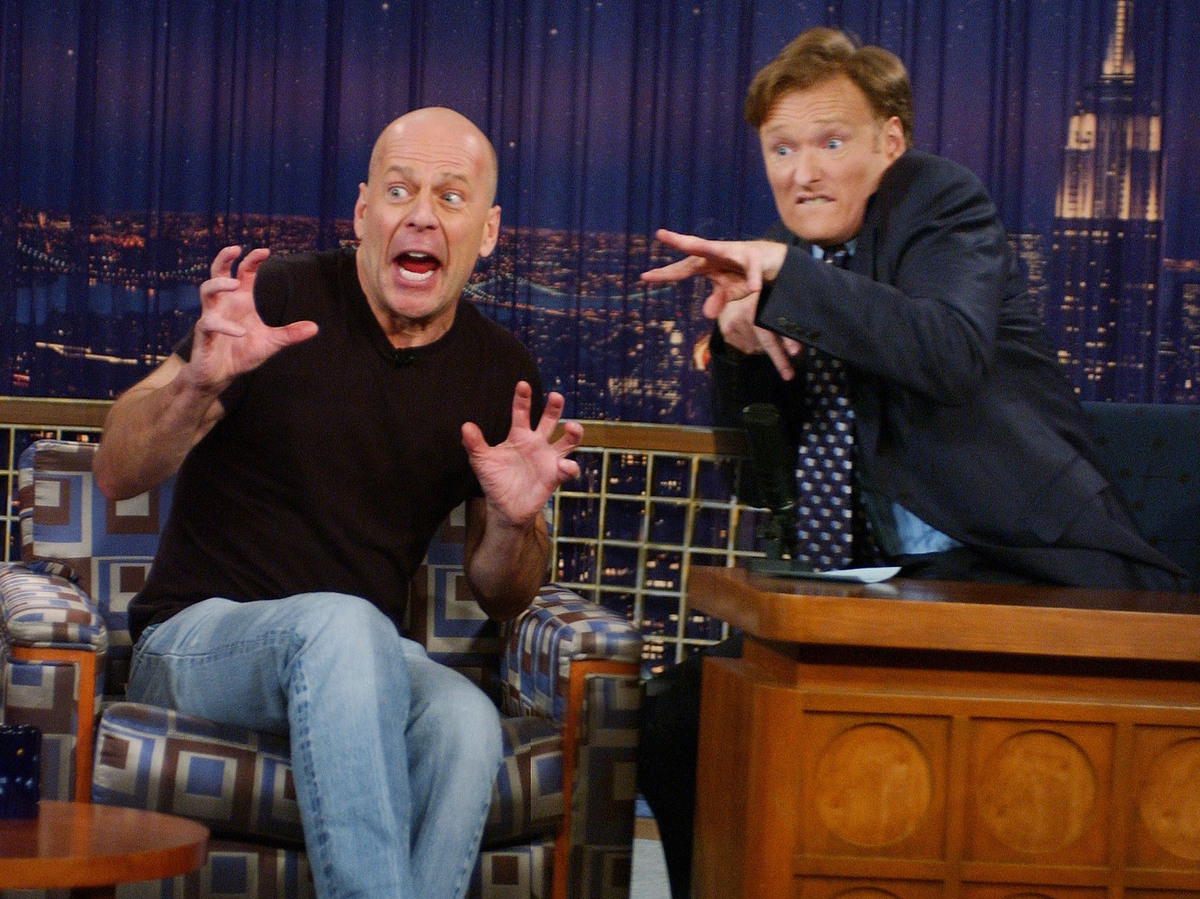 Conan O'Brien has probably had the most unusual career trajectory of any current late-night host. When he joined NBC's Late Night in 1993, replacing David Letterman, he had virtually no on-air experience. He did, however, have comedy-writing chops: O'Brien edited the humor magazine The Harvard Lampoon as a student, then wrote for Saturday Night Live and was a writer and producer for The Simpsons.

Although it took him a while to get comfortable in front of the camera — many critics initially gave him bad reviews — he eventually did so well on Late Night that he became the host of The Tonight Show in 2009, after Jay Leno's ill-fated move to prime time. But that arrangement was short-lived: Leno's show was canceled, the host moved back to Tonight, and O'Brien eventually landed at TBS in the 11 p.m. slot.

O'Brien spoke with Fresh Air's Terry Gross in 2003, a few days before a special broadcast celebrating his 10th anniversary at Late Night.

On taking over for Letterman

On his self-proclaimed Irish-Catholic repression

"This is turning into a therapy session. I'm going to get a bill from NPR. The repression is all there. It's real. It fuels the depression and the self-hate. It's like a Rube Goldberg device: The depression drops down onto the self-hate, which triggers the self-loathing, which then fuels the anger, which curdles into comedy, and then it sadly leads to a slow, quiet drinking problem.

"It all fits. It's like a Swiss watch the way it interrelates. ... There's an element of truth to everything I say and then I exaggerate."

On improvisational comedy in talk shows

"You're just playing a game, in a way, turning the audience into a foil, and we're just going back and forth. I think the best thing I ever did was, years before I got the Late Night show, when I first got out to Los Angeles to be a television writer, the first thing I did was I signed up to take improvisational classes. ... And I studied that for years and I really loved it. And it's the best training I think a talk-show host can have because I love to listen to what is going on on the show and then respond in the moment. And audiences know when something is spontaneous, they just do."

Did Conan O'Brien Give 'The Greatest Commencement Speech Ever?'

On the benefit of pre-interviewing guests

"What we like to do is, we like to have areas that seem profitable, that seem promising because I think when you do a television show or a radio show, whatever you're doing, it should be a slightly heightened reality. It shouldn't just be the conversation that I would have with somebody if I bumped into them on the subway and was going to ride 40 blocks with them. It should be better than that. So in order for it to be better than that, I want to make sure that I don't go down blind alleys. When you do a pre-interview you find out: What's just going to go nowhere?"