Accessibility links
Late Night 'Thank You Notes' From Jimmy Fallon Fallon is thankful for slow walkers, people named Lloyd and the word "moist." The comedian and host of Late Night collects more than 100 nuggets of gratitude in a book called Thank You Notes. He talks with Terry Gross about giving thanks and doing impressions. 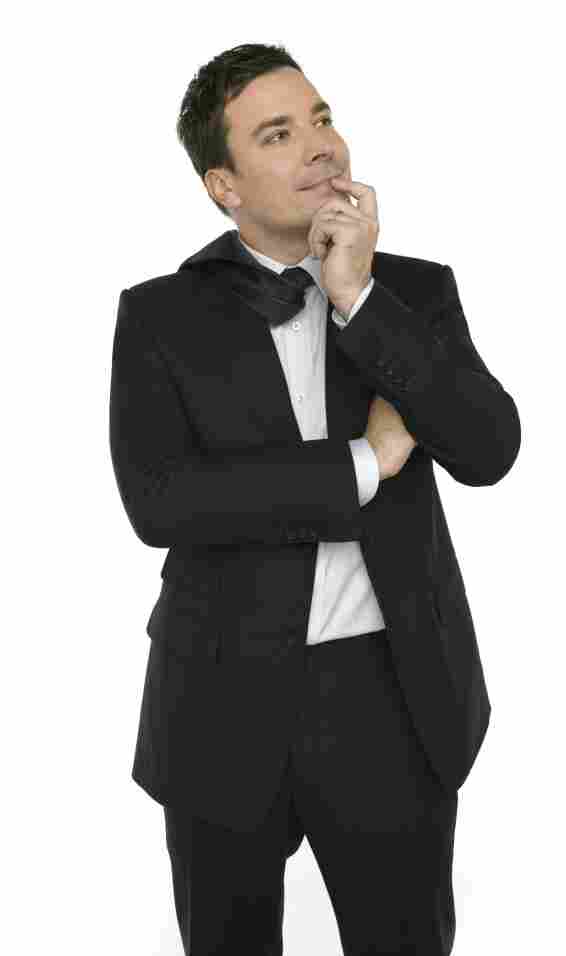 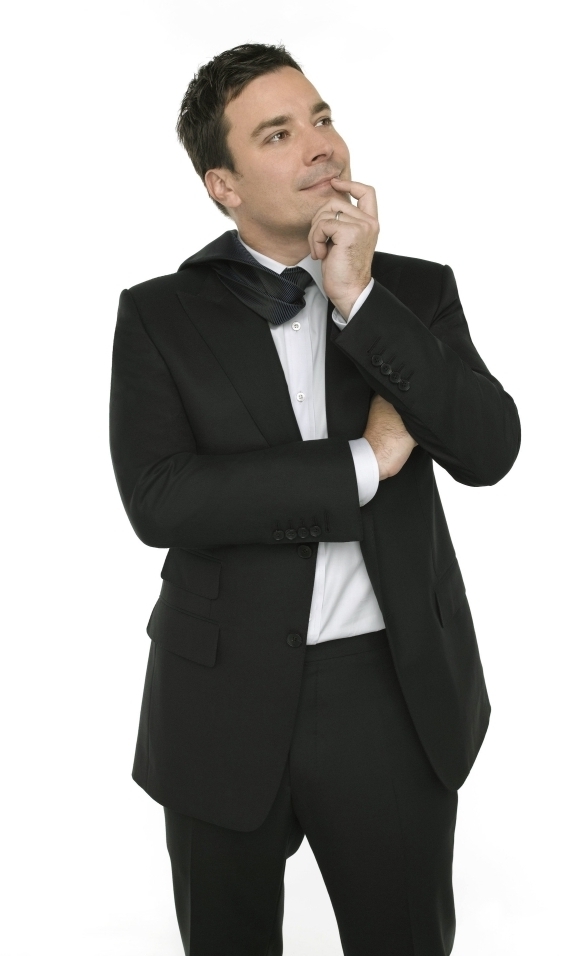 Jimmy Fallon says he spends almost 12 hours each day at the Late Night offices, which makes the rest of his life difficult. "If I want to play video games now, I have to schedule it," he tells Terry Gross.

This interview was originally broadcast on May 23, 2011.

Every single day of Jimmy Fallon's life is like Thanksgiving. The comedian and host of Late Night tells Fresh Air's Terry Gross that he is appreciative of the word moist — for being the "worst word ever." He's thankful, too, for taco shells that have survived their long journey from factory to supermarket to his plate — and then break the moment he fills them. And he's grateful that the name Lloyd starts with two L's. Otherwise, he says, it would just sound like "Loyd."

Fallon collects more than 100 nuggets of gratitude in his book, Thank You Notes. The book is based on a recurring segment on Late Night, when Fallon and his staff round up mundane things that don't get enough attention and give them each the praise they deserve.

"Like do you ever go down the hallway at work and there's someone walking at the same speed as you and right next to you so you're almost like walking together?" Fallon asks. "And you don't know who they are so you're like, 'Should we hold hands? Are you going to slow down? Do I speed up? One of us has to make a decision here.' So those types of things, they're just random but you go, 'Oh, yeah, there should be a joke somewhere about this.'"

Fallon has spent most of his career coming up with jokes and doing impressions. His early impersonations of Jerry Seinfeld, Bill Cosby, Pee-Wee Herman, Adam Sandler and Eddie Murphy helped get him an audition in front of Lorne Michaels and then a job on Saturday Night Live, where he stayed for six years. After leaving the show to appear in several films, he was tapped by NBC to become the host of Late Night, after Conan O'Brien left in 2009 to prepare to take over Jay Leno's slot on The Tonight Show. 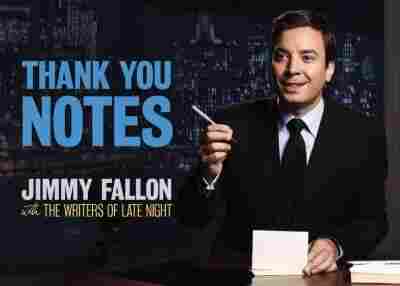 When he's not interviewing guests, Fallon spends a lot of time on Late Night impersonating musicians. He does spot-on versions of Bruce Springsteen, Bob Dylan, John Mayer and Neil Young. His Neil Young even famously dueted with the real Bruce Springsteen on a cover of Willow Smith's "Whip My Hair." The resulting duet became one of the most popular segments in Late Night history.

Fallon says that he's had always had a good ear for imitating others. At two, he perfected a James Cagney routine. By high school, he had Jerry Seinfeld down pat.

"I just had that thing, when I was growing up, where I'd just start talking like people," he says. "I would go visit a friend of mine's house and my mom would say 'You sound like Joey Gonzalez' because I would sound like my best friend."

Occasionally, he even runs into a celebrity right after he does his impersonation on Late Night. One segment parodied Donald Trump, whose show Celebrity Apprentice was interrupted by the news that Osama bin Laden had been killed.

Just after the taping, Fallon ran into Trump himself. "And I said, 'Hey Mr. Trump, I did an impression of you on the show that's airing tonight.'"

"You do great impressions," Trump replied.

"I don't want you to be upset," said Fallon.

Trump turned to the rest of the people seated at his table and announced, "Jimmy Fallon's doing an impression of me tonight!"

"He knows I never kick anyone when they're down," Fallon says. "I kick them when they're up and they don't mind."

On his 'Whip My Hair' performance

"I think every impressionist has a Neil Young but you don't know what to do with it. It's like having a Jack Nicholson. Everyone has one. What do you do with it? So one of my writers said, 'Why don't you do a Neil Young doing a nice version of Willow Smith's 'Whip My Hair?' ... So we have a guitar and we're sitting in my office, trying to think of how Neil would do it."

On how he practiced for his gig at Late Night

"I would sit to the left of my wife every night at dinner and look at her and try to ask her about her food and stuff but you don't know what it's like until you're in the situation and talking to people. I interviewed strangers. I interviewed my mom. ... She was an awful guest. She kept wanting to cut to a clip. And we have no clip. She's not in a movie. She's my mother."

On reenacting Saturday Night Live as a child

"I was obsessed with the show and this is back when VCRs had just started to come out. ... I remember being obsessed with [the show]. My parents would tape it and they would watch it and cut out any sketches that were risque or dirty or things that we couldn't see. And the ones that were clean, we would be able to watch, me and my sister Gloria."

Questlove Gets Carl Kasell's Voice On His Home Answering Machine

"Colin Quinn was leaving Weekend Update and Lorne Michaels said, 'Jimmy, I think you'd be great at doing Weekend Update.' And I said, 'I don't think so. I don't really read the newspaper all that much. I don't know much about the news. I'm the worst person for Weekend Update. Thank you so much. But no thank you. I'd rather not do it.' He said, 'I think it should be someone from the cast.' So they had auditions. A couple writers were auditioning. One of the writers auditioning was Tina Fey. She was just a writer at the time who wrote a lot of stuff for me and she was super fun and super funny and super hard-working. And sharp — almost too sharp just to be by herself at the time.

"So I saw her audition, and I said, 'Tina's audition was amazing. It was hilarious.' And I talked to Lorne and he said 'I really think you should still do it. Tina's the head writer. No one knows who she is.' And I go, 'What about me and Tina?' And he goes, 'Yeah. I like that. I would see what that's like.' So he set up a test screening of Tina Fey and I in Conan O'Brien's studio over a weekend and we did a test run of what our Weekend Update would be like. And Lorne said, 'I think it would be great because she's the smart one and you're the guy who forgot to do his homework and you need to cheat off her. That's the dynamic.' And we got together and man, it just clicked."