Accessibility links
Questlove's Roots: A 'Meta' Memoir Of A Lifetime In Music Ahmir "Questlove" Thompson, the co-founder of and drummer for the hip-hop band The Roots, has been a musician since he was a teen. In Mo' Meta Blues, he explains how his musician father groomed him for a life in show business from an early age. 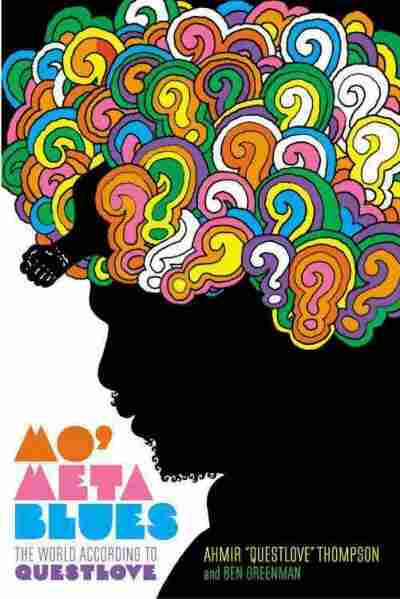 The World According to Questlove

by Ahmir Thompson and Ben Greenman

This interview was originally broadcast on June 24, 2013. Questlove's hip hop band The Roots is preparing to move from Late Night to The Tonight Show when Jimmy Fallon takes over as the host in February. We kick off this hour with a conversation between TV critic David Bianculli and Fresh Air host Terry Gross about the history of Tonight Show bands.

About 25 years ago, Ahmir "Questlove" Thompson and Tariq "Black Thought" Trotter were students in a Philadelphia high school and they wanted to impress a girl. So they formed a band ... which would go on to become the Grammy Award-winning hip-hop band The Roots. Questlove, the drummer for The Roots, says that for him, a musical future was preordained. As he recounts in a new memoir, Mo' Meta Blues, his father, Lee Andrews — a member of the successful 1950s doo-wop group Lee Andrews and the Hearts — groomed Questlove for show business from an early age.

"At first he taught me how to read a Rand McNally map, so I could navigate. I was a human GPS by age 6," Questlove tells Fresh Air's Terry Gross. "By 7 I graduated to wardrobe, so he taught me how to steam, how to iron, how to clean suede and leather, how to shine shoes."

By 9 he was learning the light system. By 10 he could act as light director for his father's shows. All along, he was drumming. Then, one day when Questlove was 12, his father's drummer had a sprained arm.

"My Dad just said, 'You know the show. Go play it.' " Young Questlove did. And then kept going.

That show — where the preteen Questlove made his drumming debut — just happened to be at Radio City Music Hall, which is directly across the street from 30 Rockefeller Center, where Questlove and The Roots now play as the house band for Late Night with Jimmy Fallon.

The band will go with Fallon when he moves to The Tonight Show, and Questlove has been given the task of coming up with a theme song. It hasn't come to him yet, but give him just a little time. It will. 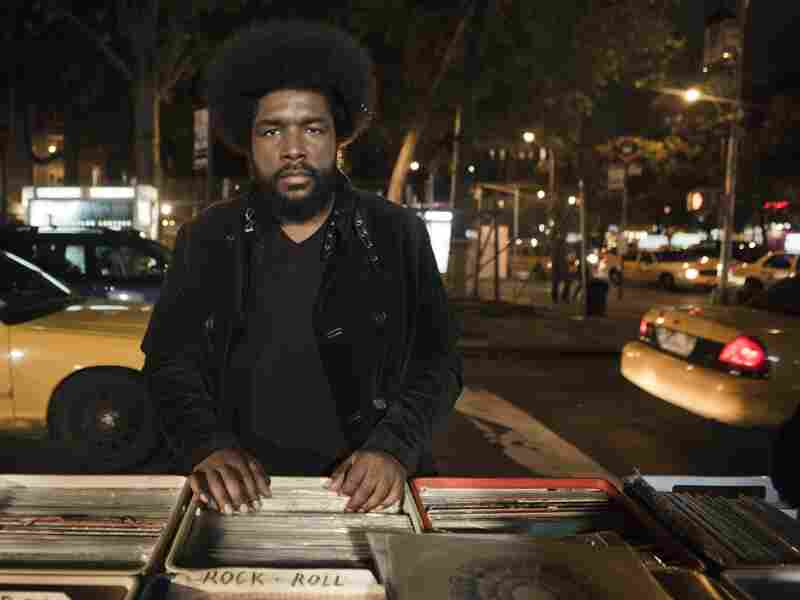 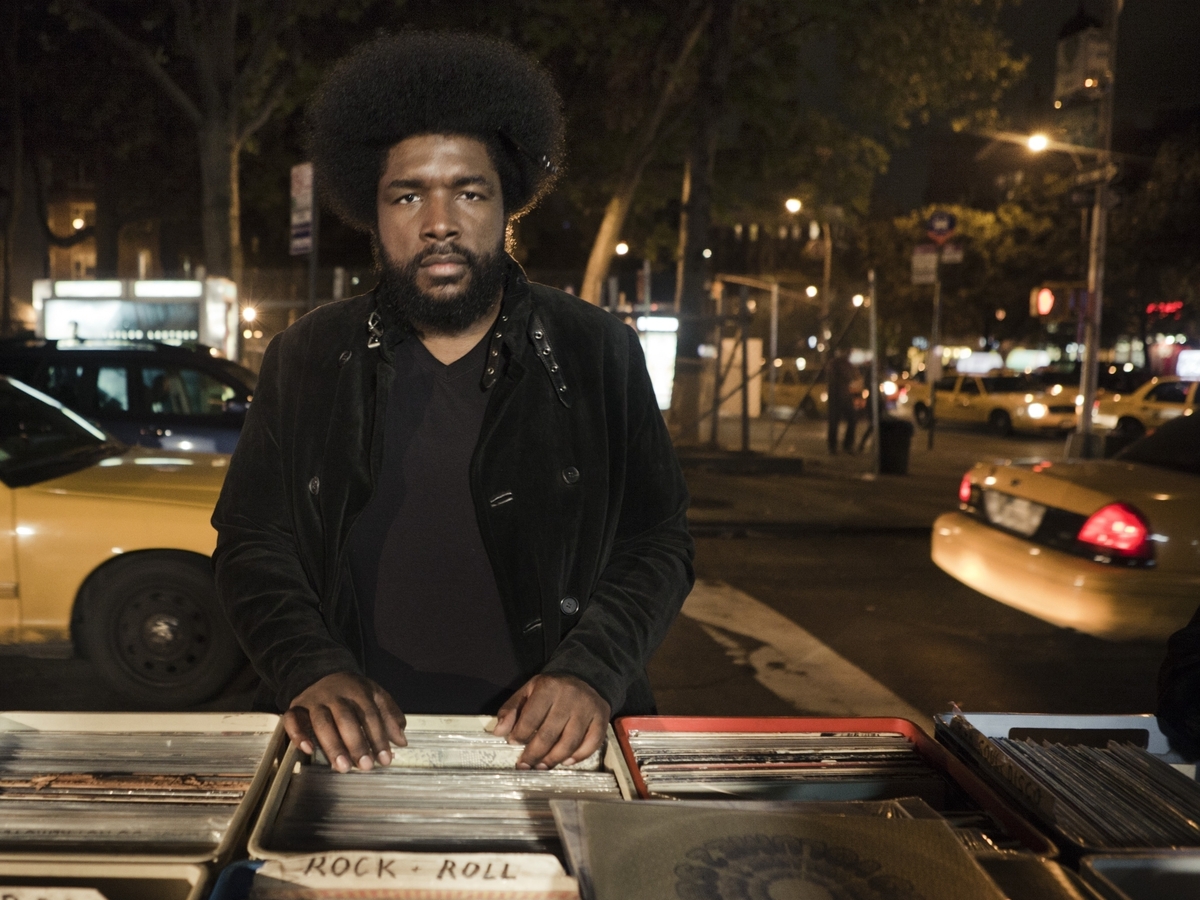 In his new memoir, Ahmir "Questlove" Thompson describes his life in music — and how he mimicked beats at just 10 months old.

"I learned long ago to curb my enthusiasm. This is the one character trait in me that people closest to me absolutely abhor: the fact that I'm very nonchalant about everything. I say everything with the most casualness of, you know, 'It's no big deal.' I'm not saying that it wasn't a big deal; it's just I've come to the realization that every day my life has this sort of Forrest Gump experience. Every day is an 'I was there' moment. So it just becomes a little redundant to get excited about every day when every day is sort of like a high."

On hearing the background, not the melody of a song

"Let's take 'Where Did Our Love Go' by The Supremes. This is a hypothetical example, but, to me, the most important part of that song is the tenor sax part in the background. So while everyone will sing the lead — 'Baby, baby where did our love go' — I'll start singing ... the saxophone part that's buried in the mix somewhere. I have no idea why [it is] that the small nuances of a song are more attractive to me than the actual song. [But] this definitely explains why I have zero pop sensibility."

On being mesmerized by albums on a turntable as a kid

"Baby sitters and my aunts used to say, 'He is the first child to never give us trouble. He doesn't scream; he doesn't even talk. All you have to do is get a stack of records, put them on the turntable and he'll literally just sit there and watch them turn.' After the third or fourth hour of it they may start to wonder and be like, 'OK, does he do anything else, or does he just do that?' Or on my index finger, I would take my dad's records and just spin them on my index finger and watched them twirl. I liked the way the logo looked in rotation."

On judging other people's DJ skills

"Some music acts need cocaine to wind down or something; I DJ. Last night I went to a party for the first time where I wasn't the DJ and I was telling my friend, 'I'm so uncomfortable. I feel like Linus without his blanket.' ... I was judging the DJ's segue, like, 'Ugh, that's a horrible segue. You can't go from 120 beats per minute to 87. It just doesn't make musical sense. And she's not spinning on the 1.' After a while I was just too neurotic about it. It was turning into a Woody Allen scene, so I left the party."

On his favorite part of "Soul Train"

"[Sid McCoy] would say [in a] very soothing [voice], 'Soul Train: The hippest trip in America: With guest stars the Temptations.' To me, just the introduction of Soul Train, probably the craziest thing I could ever do, I could sit and watch all 1,100 episodes of just the intros of Soul Train. For me the show is over once they say, 'And now, here's your host, Don Cornelius.' Anything after that is gravy."