Accessibility links
If It's Not Legal, Can A Strike On Syria Be Justified? Analysts say the case for military intervention in Syria lacks a legal basis, yet the White House argues it might be the right thing to do. While there may not be legal precedent under international law, it wouldn't be the first time the U.S. has taken military action on humanitarian grounds.

As the Obama administration argues for a military intervention in Syria in response to a chemical attack that it says killed more than 1,400 Syrians, analysts say the case for a strike lacks a legal framework.

President Obama said Friday that the decision to act is part of a U.S. obligation as a world leader to make sure that regimes are held to account if they are found targeting their own people with weapons prohibited by international norms. 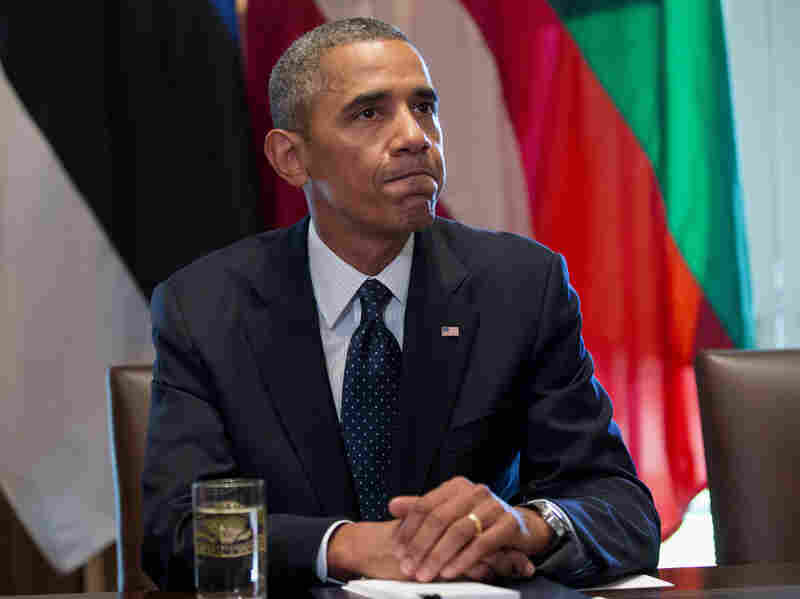 President Obama says any military strike he makes against the Syrian government in retaliation for suspected chemical attacks would be limited. Pablo Martinez Monsivais/AP hide caption 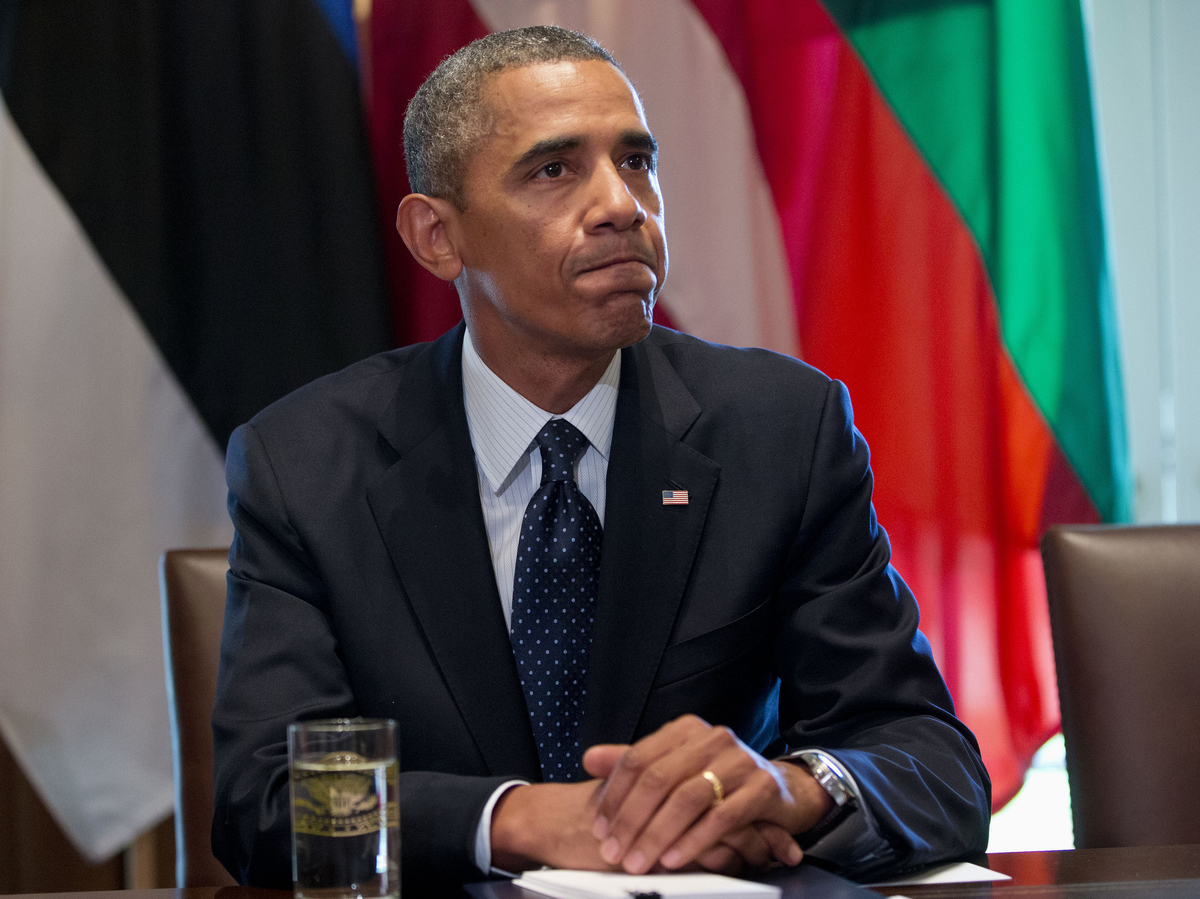 President Obama says any military strike he makes against the Syrian government in retaliation for suspected chemical attacks would be limited.

"If there's a sense that if nobody's willing to enforce them, then people don't take them seriously," he said Friday.

But saying it's the right thing to do doesn't necessarily mean it's legal under international law, say Matthew Waxman, a senior state department official in the George W. Bush administration, now a professor at Columbia Law School.

"No doubt the fact that chemical weapons were used here on a large scale, and the fact that they are unquestionably outlawed under international law will feature heavily in the public justification for any strike against Syria," Waxman says. "But I don't think there's strong precedent, at least not right yet, for the notion that military intervention is a legally appropriate response to violations of those taboos."

Waxman says there are some grey areas in the law, and that the only clear and universally recognized justifications for using force are self defense against an armed attack or U.N. Security Council approval. He says neither of those is a viable option, especially as Russia would veto any vote at the U.N.

Waxman says administration lawyers are undoubtedly trying to find other legal frameworks for intervention in Syria. He says they could try to use a 1999 precedent, when President Bill Clinton ordered a NATO airwar in Kosovo on humanitarian grounds.

"The U.S. did not actually come out and say that the intervention in Kosovo was legal; what they said was that it was justified," he says. "And they picked that word very carefully, to say that it was justified rather than legal, because I think the lawyers inside the Clinton administration concluded there wasn't a strong legal agreement. But for policy reasons, for moral reasons, there was a strong imperative to go in anyway."

Yet the Clinton administration argued that the Kosovo intervention should not be used as precedent for future justifications, says Michael Scharf, an international law expert with Case Western Reserve University.

"They said, we are afraid of humanitarian intervention because it's a concept that can so easily be abused as a pretext for landgrabs and political change in neighboring countries," Scharf said. "Therefore, they said at the time, this is not a precedent. But what's interesting is even a situation that claimed not be a precedent can become one."

Scharf says the Obama administration may find some relief in other international agreements regarding chemical weapons: the 1925 Geneva Protocol, which Syria signed in 1968; and the 1992 Chemical Weapons Convention. Both ban the use of chemical weapons.

"Syria can't claim, because it didn't ratify the recent treaty, it's allowed to use chemical weapons," he says. "It's simply not. Also, the Geneva Conventions to which it is a party to clearly say you can't use chemical weapons against a civilian population. So it is in breach of one of the most important prohibitions in international law."