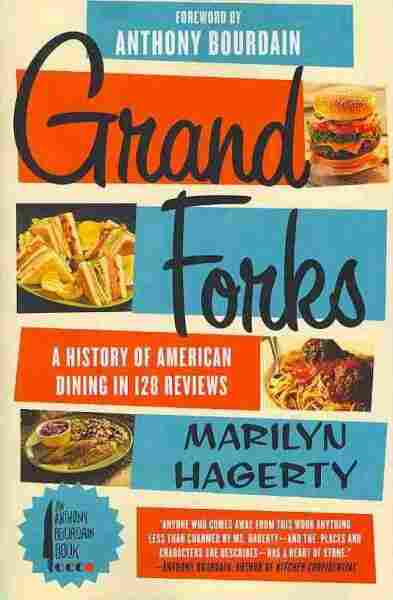 A History of American Dining in 128 Reviews

"Can a cholesterol-conscious matron from the west side find happiness at the East Side Dairy Queen?" So begins Marilyn Hagerty's review of the national creamery franchise for her local paper, The Grand Forks Herald, in Grand Forks, N.D.

The 87-year-old Hagerty has reported on food, events, and local profiles at the Herald for more than 25 years, but she earned 15 minutes of national fame last year with a positive review of her local Olive Garden restaurant.

Thousands of people took to the Internet to ridicule Hagerty for her lowbrow tastes. But there followed a powerful backlash of people who came to her defense, tired of elitism among food and restaurant critics.

Now, Marilyn Hagerty has written a book, with a foreword by Anthony Bourdain. It's called Grand Forks: A History of American Dining in 128 Reviews. She tells NPR's Wade Goodwyn that when her Olive Garden review went viral, she "didn't even know what viral meant. After the review was in the Grand Forks Herald, I got a message from somewhere saying, your review is pathetic, and I thought, well, okay, if you think so. And I tried to write a friendly response," she says. "I figure if you're kind to people they can't be too angry with you. But anyway, all of a sudden, the nice comments started flowing in."

"He said he was one of the first to be snarky about my restaurant review, and then he said, the more he thought about it, he thought it was the story that has been untold about food in mid-America, and in small towns. We go to restaurants like the Olive Garden, we go to Applebee's, we go to Ruby Tuesday's, and they're part of the food scene that has been, maybe, overlooked or forgotten or shoved aside. 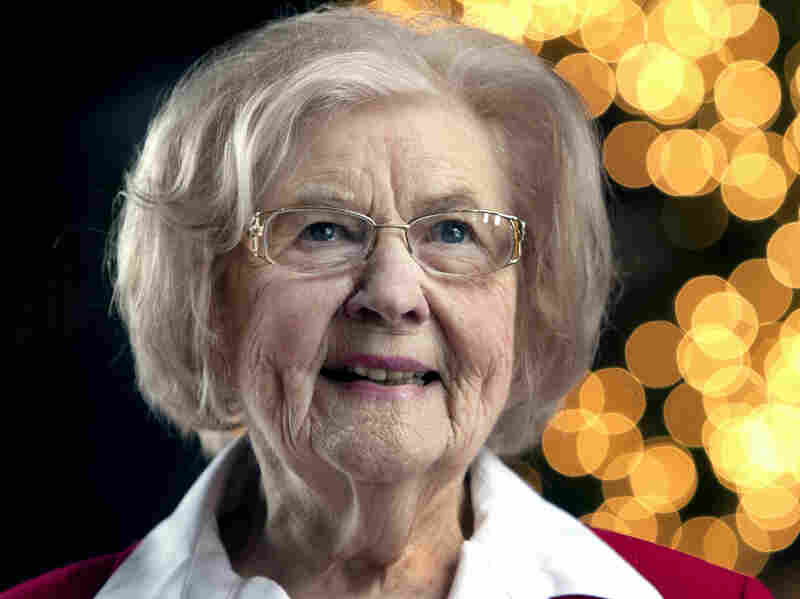 "I thought I was doing a job for my newspaper. I'm a reporter, and I was going to different restaurants in our reading area, and I was trying to tell our readers what the restaurant is like, how the food was, what the decor is and how much things cost, so people could make up their minds whether or not they wanted to have dinner there when they came in, shopping in Grand Forks."

"I'm not going in there to tear down restaurants or to put them down. I figure that the people who operate those businesses are working hard, they're doing their best ... of course, if they're terrible, they're not going to last.

"I've never really raked anyone over the coals, because I don't know how long my restaurant reviews would last if I did that. After all, I live in a city of 55,000 people, and if you want to describe what you can eat in Grand Forks, North Dakota or any town about this size, you almost have to go to McDonald's, and the drive-ins and the truck stops."

On describing the ambiance of a restaurant

"I like to look around and observe. I think that all of this sends a message to the customer about how the owners feel about setting a scene and making it a comfortable place when you're eating. We just this morning had coffee, just in a little Pret [a Manger] here in New York City, and I found myself sitting there looking around, and looking what the other people are eating, and wondering why they ordered it, and watching how much they eat, and the person at the counter was very polite, and told us that she was sorry that it was so slow — and the whole message that you get from a place, to me, it's just fun to observe."

Read an excerpt of Grand Forks