Accessibility links
In The Classroom, Jill Biden Is A Teacher First Jill Biden is best known as wife to Vice President Joe Biden, but she also has been a teacher for more than three decades. She joins NPR's Rachel Martin to talk about her challenges and successes as an educator. 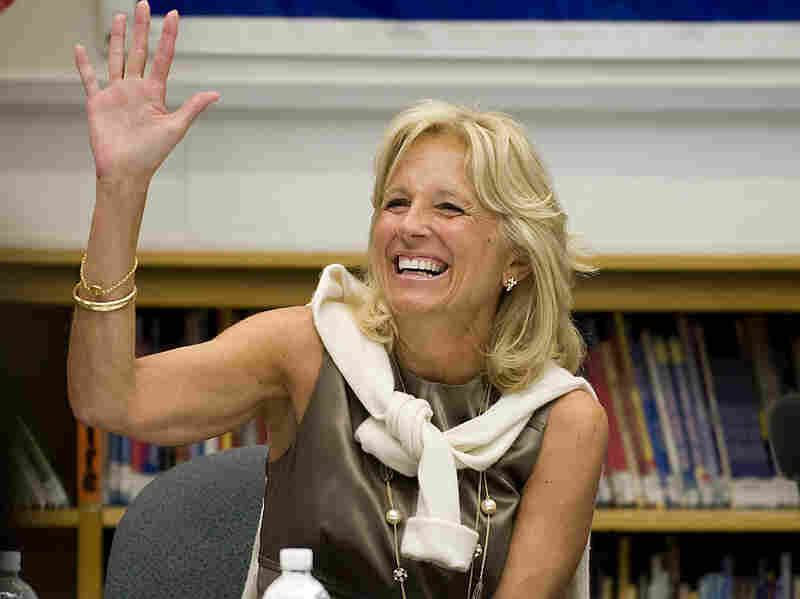 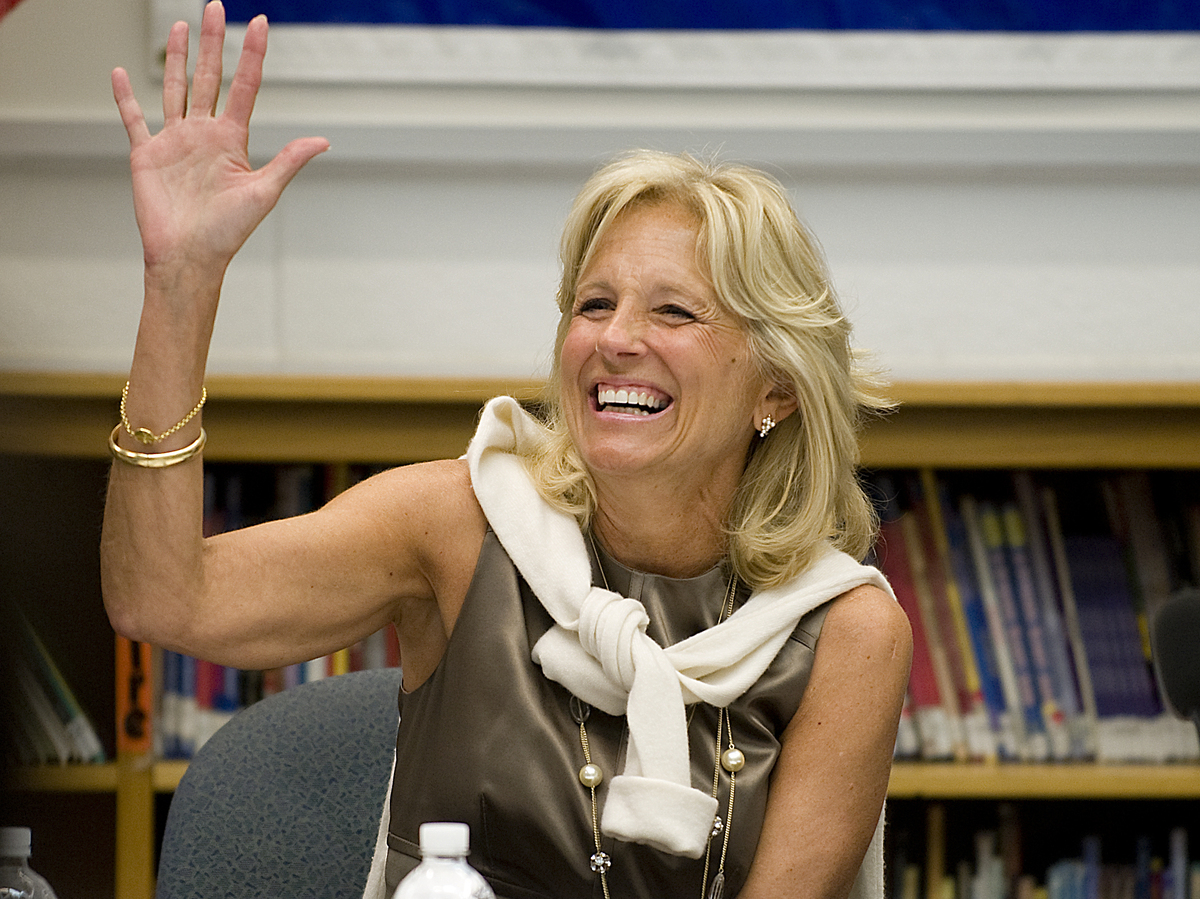 Jill Biden thanks teachers during a 2010 meeting at Ft. Belvoir Elementary School in Virginia.

Being a teacher is who I am, and I did not feel that I could live Joe's life. And he understood that. And I think that's one of the things he probably likes about me, that I am independent, I do have my own career.

Jill Biden's most visible role is wife to Vice President Joe Biden. But she has also had her own career as a teacher for more than three decades. Even now, she's a full-time professor at Northern Virginia Community College.

Biden says she never talks about her other life when she's in the classroom. Though students sometimes ask her whether she's married to the vice president, she deflects their questions.

"I think I have a separate role there as an English teacher, and that's who I want to be," she tells NPR's Rachel Martin. "And I think they like that, quite frankly."

She has had her challenges as an educator. In one class, she had a student who was being pushed by parents into an arranged marriage, and she's had women who have written class assignments about being abused. "Those are challenging in that you kind of have to tiptoe around," Biden says. "But you need to provide help and support to your students."

What do you remember about your favorite teacher? Tell us on Weekend Edition's Facebook page or in the comment section below.