Accessibility links
Texas Megachurch At Center Of Measles Outbreak Measles was declared eliminated in the U.S. more than a decade ago, but the disease has cropped up again in communities with low vaccination rates. In North Texas, 21 people got the disease. 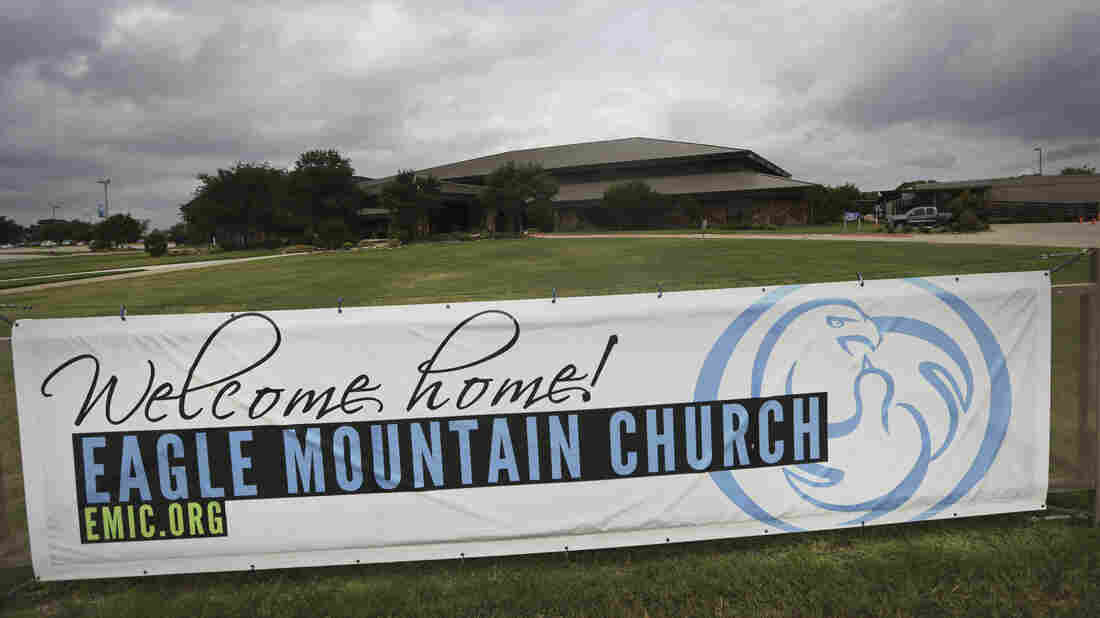 The Eagle Mountain International Church in Newark, Texas, is linked to at least 21 cases of measles. LM Otero/AP hide caption 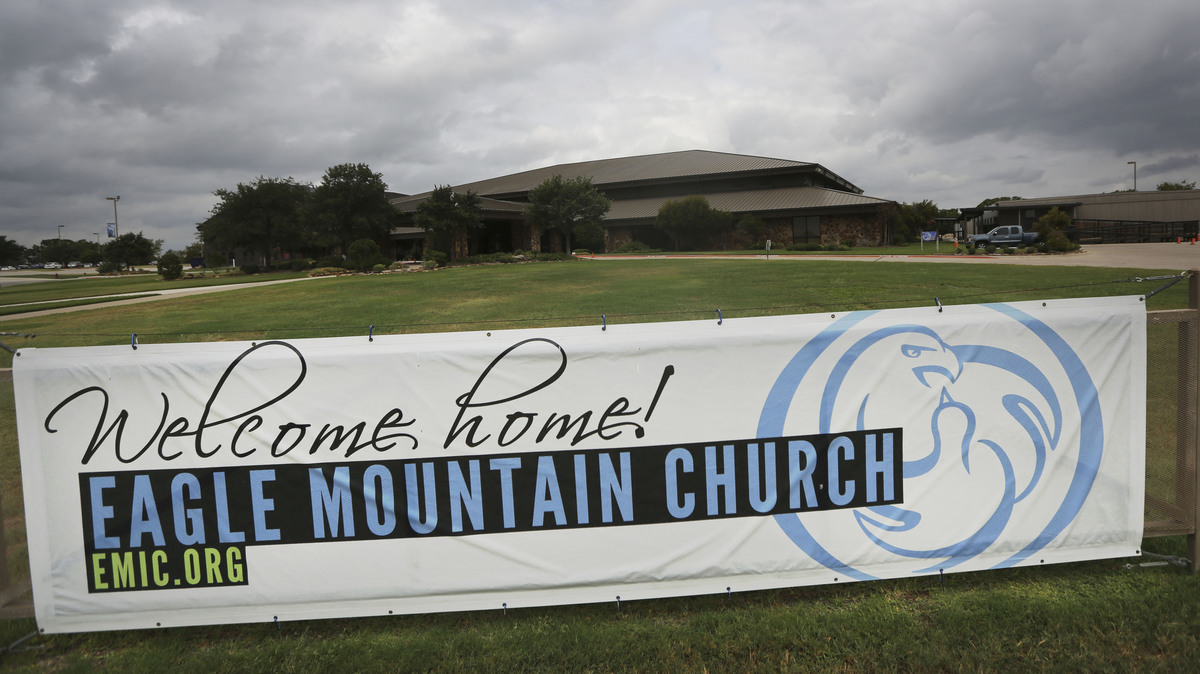 The Eagle Mountain International Church in Newark, Texas, is linked to at least 21 cases of measles.

Measles was declared eliminated in the U.S. more than a decade ago. But in recent years, the highly infectious disease has cropped up in communities with low vaccination rates, most recently in North Texas.

There, 21 people — the majority of whom have not been immunized — have gotten the disease, which began at a vaccine-skeptical megachurch.

The outbreak began when a man who contracted the virus on a recent trip to Indonesia visited the Eagle Mountain International Church in Newark, about an hour and a half northwest of Dallas.

Earlier this week, crowds flooded in for regular services. Rose Mwangi had her Bible in hand and said she's not worried "because I know Jesus is a healer, so I know he's covered us with the blood...There's no place for fear."

Eagle Mountain is led by pastor Terri Copeland Pearsons, the daughter of televangelist Kenneth Copeland. Church leaders wouldn't grant interviews, but Pearsons released a statement after the outbreak saying she isn't anti-vaccine. But Pearsons added that she still has some reservations about vaccines.

"The concerns we have had are primarily with very young children who have family history of autism and with bundling too many immunizations at one time," she said.

Pearsons set up vaccination clinics on church property, but at the same time, when she preaches to her congregates, the message is for them to put their faith in God.

"So I'm going to tell you what the facts are, and the facts are the facts, but then we know the truth. That always overcomes facts," she has said.

The church has a vast ministry with international reach. Founder Kenneth Copeland has spoken against vaccines in the past. In a 2010 broadcast, Copeland expressed shock at the number of vaccines recommended for his grandchild.

"You don't take the word of the guy that's trying to give the shot about what's good and what isn't," he said.

Most of the Eagle Mountain parishioners — and all of the children — who came down with measles had never been vaccinated.

"This is a good example, unfortunately, of how birds of a feather flock together," Terk says. "If you have individuals who are vaccine-hesitant or vaccine-hostile, they congregate together, and that creates its own unique situation where a population of individuals is susceptible to getting the very disease that they decided they don't want to protect themselves from."

Measles is spread by sneezing, coughing and close personal contact. It's one of the most contagious diseases.

The vaccine is extremely effective. Before it was introduced in the 1960s, nearly everyone got the red rash. Today, most doctors have never even seen a case of the measles.

Vaccinating To Protect The Community

But in the last few years, there have been pockets of those who choose not to vaccinate their children.

"When that decision's been made, it's been made on bad information," says Dr. Paul Offit, one of the country's leading vaccine researchers at Children's Hospital of Philadelphia.

"Typically, it's the fear that the combination measles-mumps-rubella, or MMR vaccine may have in some way contributed to the epidemic of autism — which has clearly been shown not to be true in study after study," Offit says. He says those who choose to skip vaccines cause serious ripple effects.

There are hundreds of thousands of people in the United States who can't get vaccinated because they're undergoing medical treatment or are too young, for example.

"They depend on those around them to be vaccinated, and I think when you make a choice not to vaccinate yourself or your children it is a selfish, ill-founded choice that only can possibly hurt you or those who come in contact with you."

Already this year, the U.S. has had more than twice as many reports of measles than in all of 2012, when there were only 55 cases — and none in Texas, according to the Texas Department of State Health Services.