Accessibility links
Syria Resolution Could Be A Hard Sell On Capitol Hill A day after President Obama announced he'll wait for congressional authorization before launching strikes on Syria; members of Congress attended a classified briefing at the Capitol. Even though there's still one week left of summer recess, dozens of lawmakers flew to Washington, D.C. from their home districts just for the meeting. 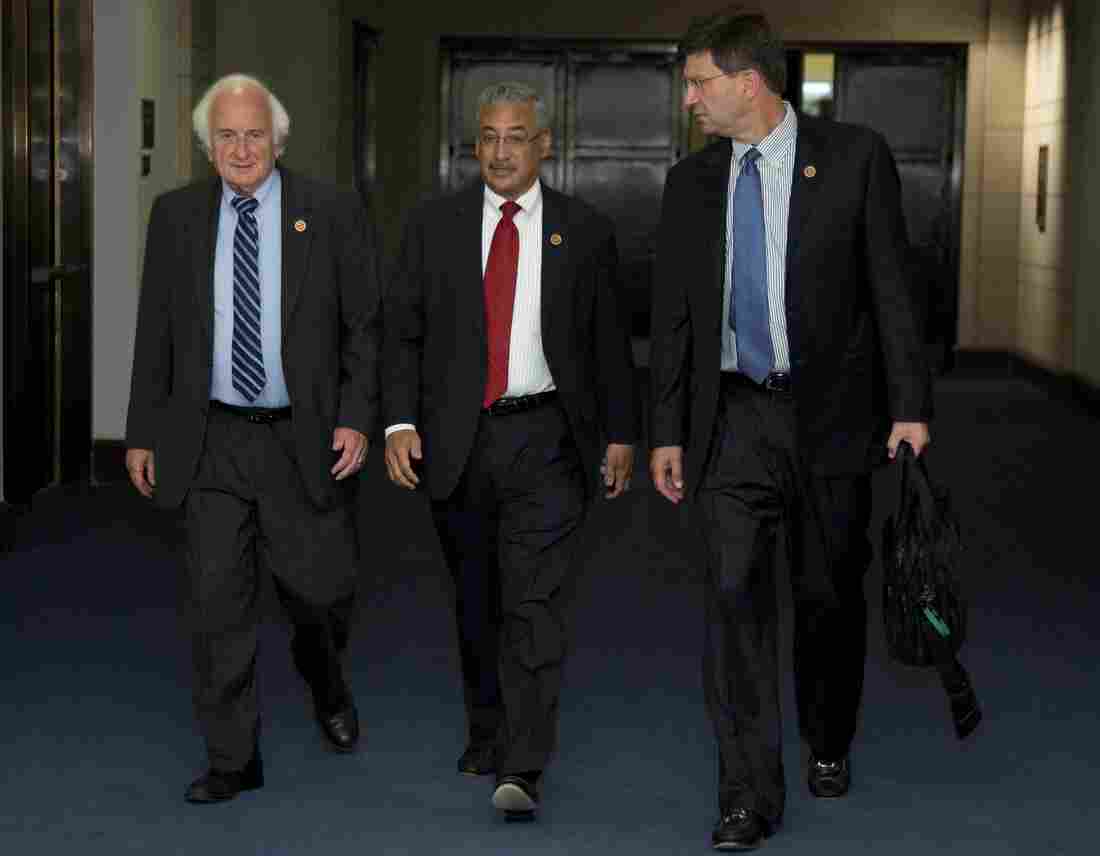 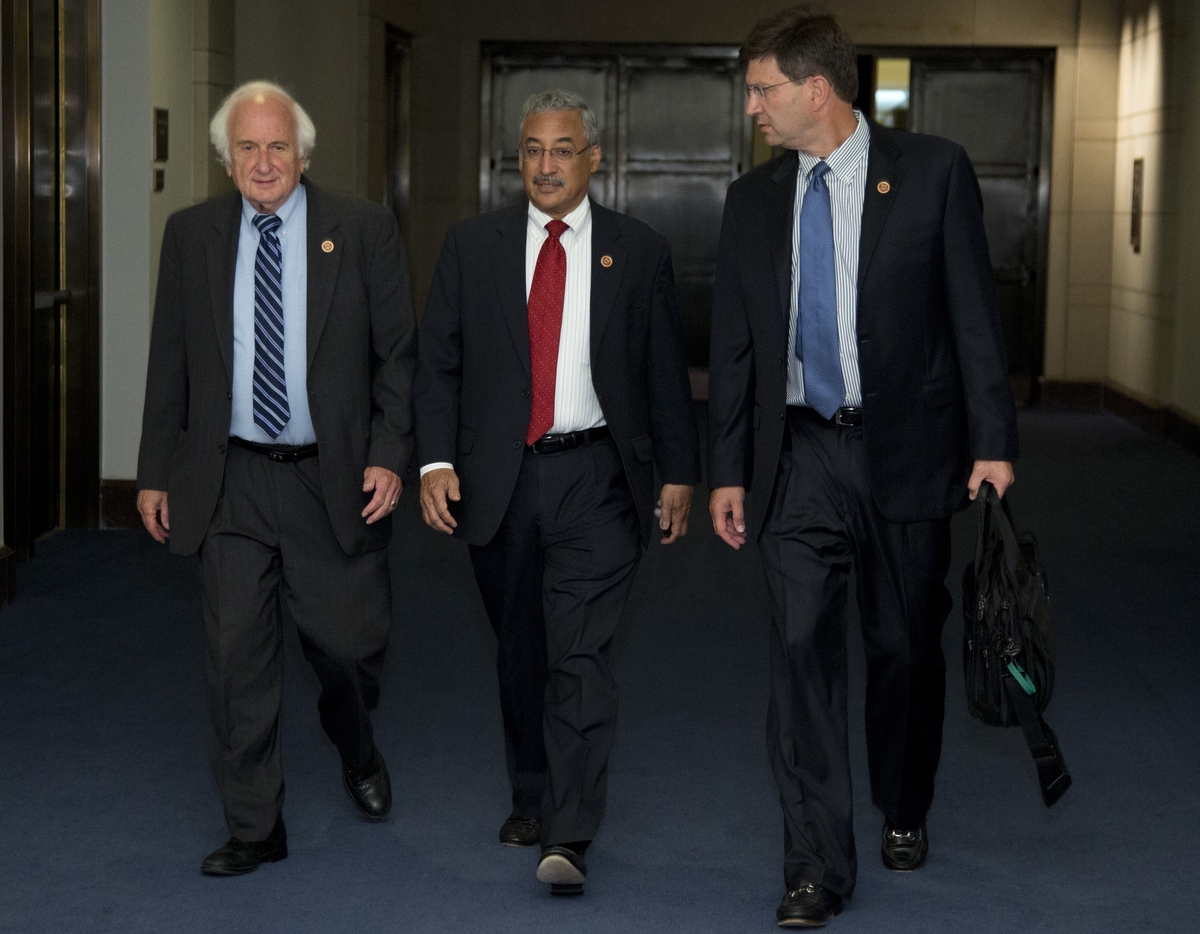 Twenty-four hours after President Obama announced on Saturday that he'll wait for congressional authorization before launching strikes on Syria; members of Congress attended a classified briefing at the Capitol.

For days, most of the discontent among members of Congress has been about not being included in the deliberations on Syria, about not getting the chance to vote. Now that they've gotten their way, each member of Congress will have to go on the record.

"Right now, I would say, if the vote were today, it would probably be a no vote," Republican Rep. Peter King of New York told Fox News Sunday.

And, Republican Sen. Rand Paul of Kentucky also weighed in on NBC, "I think it's at least 50-50 whether the House will vote for involvement in the Syrian war."

A number of their colleagues came back Washington, D.C., on Sunday — the same day as the first classified briefing on Syria. It was open to any lawmaker, and members who attended estimate more than 100 showed up.

And there were reminders it was still summer recess. Republican Rep. Justin Amash of Michigan strolled in wearing jeans and a T-shirt emblazoned with an image of Darth Vader.

But lawmakers kept touching on the gravity of the question before them.

"It's a vote of conscience, and I think this is the supreme vote that any member of Congress can take," says Xavier Becerra, chairman of the House Democratic Caucus. "So this is not going to be a matter of trying to enforce party discipline, or to vote for or against the president. This has got to be something you believe in."

Becerra says he believes in limited, brief strikes on Syria. But if you ask other lawmakers what the president should do, the most frequent response — from both Democrats and Republicans — was a version of, "I don't know yet."

Lawmakers were holed up in the briefing room for almost three hours.

Rep. Jim Himes (D-Conn.) said there was a barrage of skeptical questions for White House officials. The specter of Iraq hung over the discussion.

"In that room today, there were a lot of memories over another time when a president came and said — or at least the president's people came and said — that this is slam-dunk intelligence, and of course, that was not I think an episode that most members would ever want to repeat," Himes says.

Many members are struggling with the question of how attacking Syria because of chemical weapons would actually protect U.S. national security. Others are wrestling with the goal of the mission. Is it to punish the use of chemical weapons, or should the United States go further, and try to overthrow the regime? And still others are fearful the U.S. is treading into an open-ended conflict, despite the president's assurances the strikes would last just a few days.

"Well, this is a partial blank check the way it's currently drafted," says Rep. Chris Van Hollen (D-Md.). He says explicit limits are missing from the language in the resolution the president wants Congress to pass.

Van Hollen wants to see an express provision forbidding boots on the ground, and a time limit on the attack.

Caution like that was perceptible from nearly every lawmaker emerging from Sunday's briefing.

"I just think back to what General Eisenhower said in 1954. That was a pretty rough year for him. He said you shouldn't go to war for emotional reasons. And right now, I think it would be in response — it would be an emotional response. And that probably is not a good enough reason," Burgess says.

One day after the president's announcement, it's clear the debate on Syria will be intense and divisive. And somehow Congress will have to fit that conversation into an already jam-packed schedule. After the summer recess, they'll have just a matter of weeks to figure out the country's debt and deficit problems too.