Accessibility links
As We Become Richer, Do We Become Stingier? A UCLA researcher says science shows that as people earn more money, they become more individualistic and less community oriented. As a result, they seem to donate less of their time and money, proportionally, than poorer people. 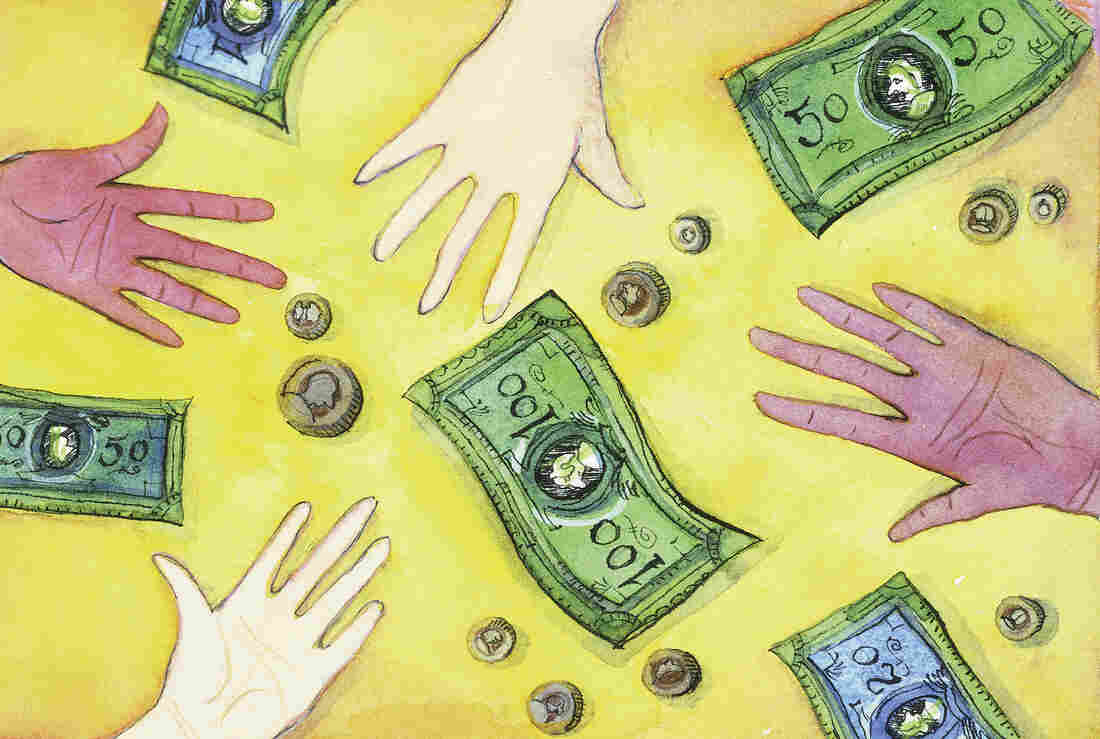 The poor tend to value social connections, psychologists say. But as people become wealthy, they need one another less and — according to some scientists — make fewer connections. Images.com/Corbis hide caption 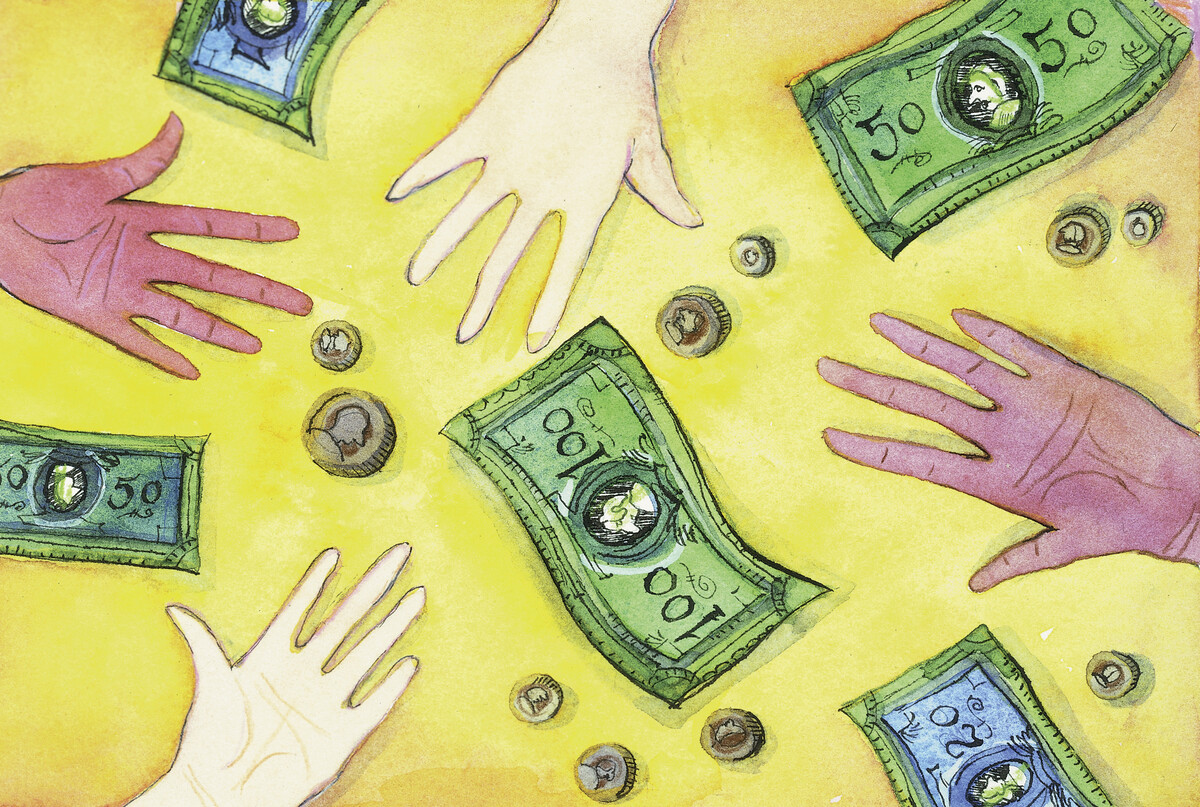 The poor tend to value social connections, psychologists say. But as people become wealthy, they need one another less and — according to some scientists — make fewer connections.

Patricia Greenfield has tracked families in Chiapas, Mexico, over four decades. Many were very poor when she started her study. Slowly, over time, they grew wealthier.

Along the way, Greenfield noticed something: As the people she followed grew richer, they became more individualistic. Community ties frayed and weakened.

Greenfield expanded her findings to form a more general theory about the effects that wealth has on people: "We become more individualistic, less family and community oriented."

In a new study, the UCLA researcher makes the argument that the same thing has happened in the U.S. over a longer period.

Greenfield bases her finding on an analysis she conducted of more than 1 million books published in the U.S. between 1800 and 2000. Greenfield used the Google Ngram viewer, a tool that allows rapid keyword searches of the frequency of words in the books.

As the country grew wealthy over that 200-year period, Greenfield found, some words became more likely to be used in books, while other words became less frequent.

The words Americans used to describe themselves changed, too.

Greenfield's findings and theories dovetail with a variety of other studies and research projects, including Robert Putnam's 2000 book, Bowling Alone, which explores the decline in community relationships in the U.S.

Dacher Keltner, a professor of psychology at the University of California, Berkeley, said his own life reflected the changes Greenfield and Putnam observe.

How Money Worries Can Scramble Your Thinking

Keltner went from growing up poor in rural California to a successful career at a prominent university: "I saw open doors and barbecues in the backyard and kids playing all night," he said in an interview, about his childhood. "And also the tougher side of husbands out of work and drinking too much and, you know, the health issues that go with impoverished circumstances."

As Keltner carved out a busy professional life, his material concerns went away. But something else happened. Those open doors and endless backyard parties? They started to disappear from his life, too.

Keltner felt something inside him change, something about the way he related to others.

"I saw it personally — I feel it in myself," he said. "That somehow, when I am thinking hard about making more money and rising in wealth and enjoying materialistic benefits, I do feel personally that I am not as responsive to the needs of others."

Keltner has explored this paradox in his experiments: Social class ought to predict generosity in a straightforward manner. The rich have more, which means they have less to lose by giving away some of what they have. But that is not what Keltner's experiments find.

"In just about every way you can study it, our lower-class individuals volunteer more, they give more of their resources — they're more generous," he said.

Keltner is not claiming the poor give more than the rich in absolute terms. Wealthy philanthropists give away millions of dollars.

But Keltner thinks that's not the best way to measure generosity. A thousand dollars from a billionaire doesn't mean the same thing as $100 from someone living on the poverty line.

Keltner cites a study conducted by Independent Sector, a network of nonprofit groups that measured how much people give depending on how much they have: "The poor, say with family incomes below $30,000 and $25,000, are giving about 4.2 percent of their wealth away, whereas the wealthy are giving away 2.7 percent."

A variety of other research studies have found that religious people are more likely than secular people to be generous; nearly all religions preach the virtues of social interconnectedness. Keltner says the relationship between social class and generosity is likely amplified by religious belief, but is also independently true.

"The wife may make the clothes for the whole family," Greenfield said of the families she tracked in the early part of her research in Mexico. "The husband grows food and builds the shelter for the whole family. Therefore giving, social obligation, belonging to a family are very important."

But slowly, as people become wealthy, they need one another less, and so they make fewer connections. Autonomy and freedom become more important than responsibility and obligation.

Greenfield points out that one "silver lining" of the recent recession in the U.S. is that community ties appeared to strengthen as the economy buckled.

Neither Keltner nor Greenfield is offering a screed against wealth. As America has become richer, lots of good things have happened. Disease has declined. Education has improved. Women and minorities have gotten more equal treatment.

But it has come at a price.

"As we rise in wealth, along with that rise in wealth comes ideas of individuality and self-expression and autonomy and freedom — and loneliness," Keltner said.

Keltner said being wealthy does not inevitably mean isolation. But it probably does mean that the bonds of connection that came easily to us 200 years ago might now need to be carefully — and deliberately — cultivated.